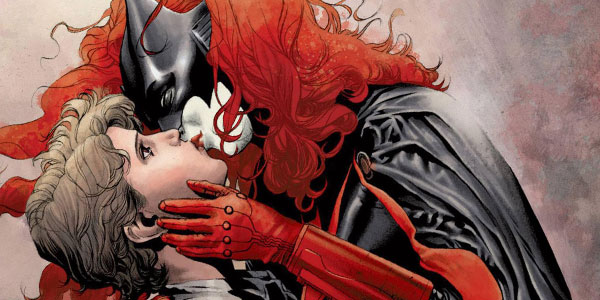 Two weeks ago and for the first time in over eight years, the government of the United States, my home nation, recognized my marriage. My husband and I are now considered legally wed, with all rights, responsibilities, and privileges — for better or for worse — as any other married couple would be, opposite or same sex. It’s a big deal for me, because even though a justice in the great nation of Canada officiated at a legal ceremony, and we’ve lived together for over fifteen years, the hubs and I have never had the same actual or theoretical rights as every one else. Even when civil unions went into effect in my home state, that feeling of disavowal never went away. Because marriage means something more than civil unions, or living together, or just being in love. And especially for me. 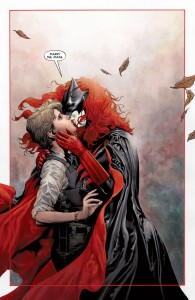 I am what you’d call the marrying kind.

I knew growing up that I wanted to be married. Having a partner who I would spend the rest of my life with, God willing, was top of my life to-do list. It’s romance, security, commitment, comfort, aggravation, sexy time and intellectual challenge all rolled up in one ball, and I can’t remember a time I didn’t want it, even before coming out or conceiving that it could be possible with another man. And at the young age of 23, I found him. That’s not to say, of course, that I just picked up the first dude who checked my boxes. But I did get lucky. And I have felt lucky every day since, even when it’s hard.

So, you might think that to say marriage is not for everyone means not everyone is up to the challenge. And that’s probably true for some. But the reality is, it’s not for everyone, even the steely-minded, or most passionately compatible couples. The idea that same sex marriage is a battle that’s worth fighting for is irrefutable for me. The right to marry is crucial to our treatment as equal citizens. But an unassailable expectation to do so is not. And not marrying, or wanting to marry, or even succeeding at marriage, does not make one lesser. This is not a one-size-fits-all world. 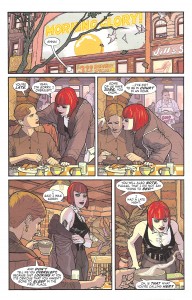 I say all this to preface my thoughts on the most recent turn of events with DC Comics’ Batwoman so that it’s perfectly clear up front what I think about marriage. And furthermore, I don’t believe that married protagonists in comic books are inherently less dramatic. I do think the institution brings with it a set of assumptions that renders instant stability to narrative, and therefore may be more of a challenge to write well. But there’s no question in my mind that the best writers out there — J.H. Williams and W. Haden Blackman included — are more than up for that task. If story decisions at the Big Two were made based on what the lowest common denominator writing talent can muster on a given day, well, let’s just say I wouldn’t be reading many comic books. There’s no doubt in my mind Williams and Blackman could write a compelling, dramatic interpretation of a Kate Kane marriage to fiancée and GCPD detective Maggie Sawyer. But frankly, I am surprised they want to.

In my mind, Kate Kane is not the marrying kind.

When the now infamous proposal happened in the pages of Batwoman #17, I thought it was a brilliant story beat. Here’s a way to show just how much marriage isn’t the right decision for Kate. Like the classic scenario of throwing the one thing at your character that would stymie them the most, I assumed the engagement was a way for the writers to explore the essence of Kate’s trouble with relationships, throw the readers a crazy curveball, and give the characters all a number of uphill battles to fight — in costume and out. I truly never thought a wedding was in the offing, and if there was, there was going to be one really awkward scene at the altar before anyone could get to “I do.” 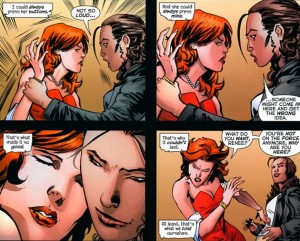 This doesn’t make me anti-same sex marriage (or even anti-marriage) any more than it does DC Comics. The prevalence of marriages that were dissolved in the New 52 such as Lois and Clark, Barry and Iris (although I’m predicting a resurgence on both of those down the road), and Ollie and Dinah (*shudder*), not to mention the recent separation of Buddy and Ellen over in Animal Man, might make a good claim for DC being anti-marriage at this point in their publishing history. However, what it also does is make a better argument for why Kate Kane not being allowed to marry Maggie Sawyer is not homophobic in the slightest. It may disappoint some fans and it might feel like a bait and switch, but it’s pretty damn consistent with how they portray all of their characters — gay AND straight alike. From the standpoint of equal opportunity, it seems the homosexual are no better off than the heterosexual pairings. Except for Aquaman. He lucked out somehow.

But honestly, I couldn’t see Kate Kane walking down the aisle even if every other super-hero in the DC was married. It’s out of character, plain and simple.

[This is not to say in any way that Williams and Blackman were treated fairly in being allowed to pursue a storyline their bosses ultimately didn’t want. It happens in all creative businesses and I’ve written about this at length previously, but that doesn’t take the sting out of it when it happens to you. Far preferable would have been not pursuing the story as is in the first place if that was the case, although I will share in a moment why I still think it’s interesting.] 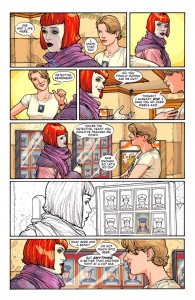 Kate has a long history of difficult, chaotic relationships, starting as far back as her first appearances under Greg Rucka’s pen in 52. Her on-again, off-again relationship with police detective Renee Montoya was a large focus of those early adventures, but has loomed large ever since, even hanging like a ghost over Kate’s first interactions with Maggie. They were both hotheads — although some of Renee’s anger was driven by her alcoholism and early years living in the closet — but ultimately walked away from, as much as they ran towards, each other. This is Kate’s template relationship, and one I presumed we were just seeing the beginnings of (the good times, in other words) played out between her and Maggie all over again. It’s no coincidence in my mind that Kate ran into the arms of Renee immediately after being discharged from the military, just like she ran into the arms of Maggie immediately after removing herself from her (military) father’s life. Patterns repeat.

And in that sense, the engagement made sense, even if an actual wedding never would. Kate wants a better life, and maybe she thinks marriage is the way to get it, but it’s ultimately not how she’s constructed as a person. And there’s nothing lesser or wrong with that. Kate is a strong, determined woman who puts principle above all else in her life, including love. She was discharged from the military because she refused to lie about who she was, even if, the implication seems, her lover was more than willing to do so in order to maintain her own post. She cut herself off (admittedly in anger) from her father after finding out he lied to her, losing all the tactical advantage and military support he could grant, on principle. And she risked losing her cousin Bette because she alternately couldn’t share enough of herself with her to make Flamebird successful in the field, or pushed her away to distance herself from the people that love her. None of these things make Kate a bad person. But they do make her completely incompatible for the partnership that is marriage. 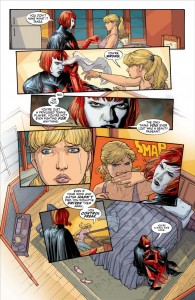 And that’s, as they say, OK. To claim every LGBT character (or even just this one because she’s so prominent) needs to pursue marriage is not what that community is fighting for. It’s not to put people in a box that doesn’t suit them, or make them into someone they are not. That conflict may be fascinating, and that’s part of the reason why the proposal between Kate and Maggie has a great deal of potential. The idea that marriage isn’t for everyone isn’t handled at all in comics, even with the last high profile wedding of Green Arrow and Black Canary pre-New 52. You couldn’t get more “not the marrying kind” than Oliver Queen, and yet, there they were on the altar. And even when the marriage strangely fizzled out (was there ever actual resolution to that?), it never addressed the real issue, that marriage is not an institution everyone can or must take advantage of to be considered a whole human being. And the path to realizing THAT could be a brilliant story.

But if DC did let Kate actually tie the knot, knowing the marriage was doomed to failure, imagine the social repercussions there. Many fans have felt this could be an opportunity to jump on the social zeitgeist and show a positive example of a same sex marriage with their top lesbian character. But to do so, in my mind, changes who Kate is (and part of what makes her so fascinating) and sets DC up to be the company that “thinks same sex marriage is doomed to failure.” It’s false allegations of homophobia all over again. I can’t pretend there’s any way that story ends that doesn’t result in hurt feelings and massive outrage for the internet public. And all because Kate is just not made for marriage.

Ultimately, there’s no question I will miss J.H. Williams and W. Haden Blackman on Batwoman. They’ve taken the character J.H. launched with Greg Rucka and produced a brilliantly gorgeous narrative that stands out as one of the premier creative titles of DC’s entire line. But like when Greg left Detective Comics, I’ve got to wait and see what comes next to make a determination as to my interest. What’s next could surprise me, as J.H. and Haden did. Or not. But my sincerest hope for the future is to continue seeing the character we’ve all fallen in love with these past five years — that her prominence in the comic market only increases, and not because she’s at the center of a controversy or a very-special-wedding-issue, but because she’s a deeply compelling character all her own. And ultimately, on her own.

[UPDATE: DC Comics has announced that writer Marc Andreyko will be taking over Batwoman with issue #25. That pretty much settles whether the book remains on my pull list. If you have never read Andreyko’s Manhunter series from DC, you need to RUN to the comic shop and search it out. My thoughts on that exemplary series can be found at the Idler.]