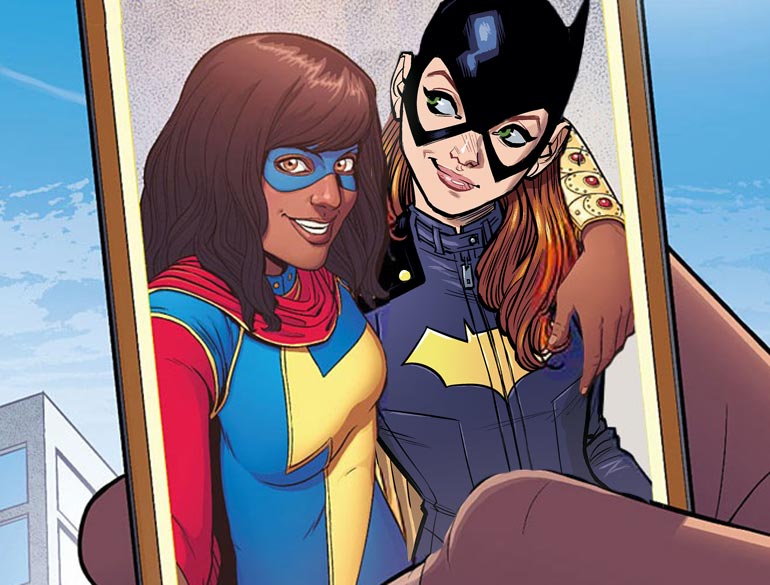 September marked two years since I came on to Comicosity as Senior Editor and co-owner, and it’s remarkable how much has changed.

I don’t mean just with the site itself, although that transformation is almost overwhelming to think about. We’ve gone from a staff of four to eighteen, doubled our reach year over year, expanded our community on Twitter and Facebook exponentially, and met and interviewed hundreds of creators along the way — each one more wonderful than the last.

That’s all amazing, and it makes me prouder than I can even describe, but the most remarkable change is in comic book culture itself. We are experiencing a shift in both reader demographics and creative content that would hardly have been conceivable just a few years ago.

So much has changed, and if you don’t take time to look back and marvel at it (no pun intended), you are definitely missing out. Just recently: 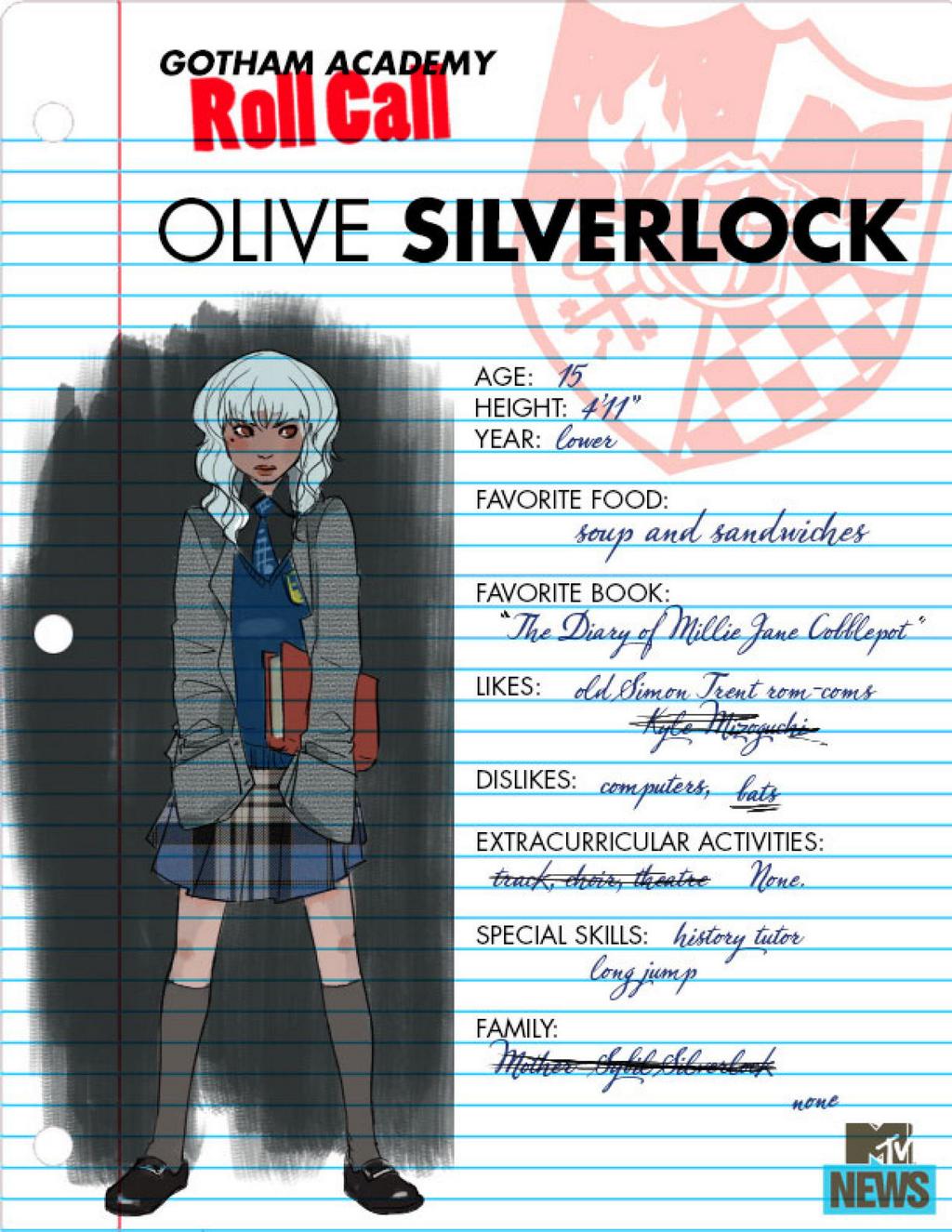 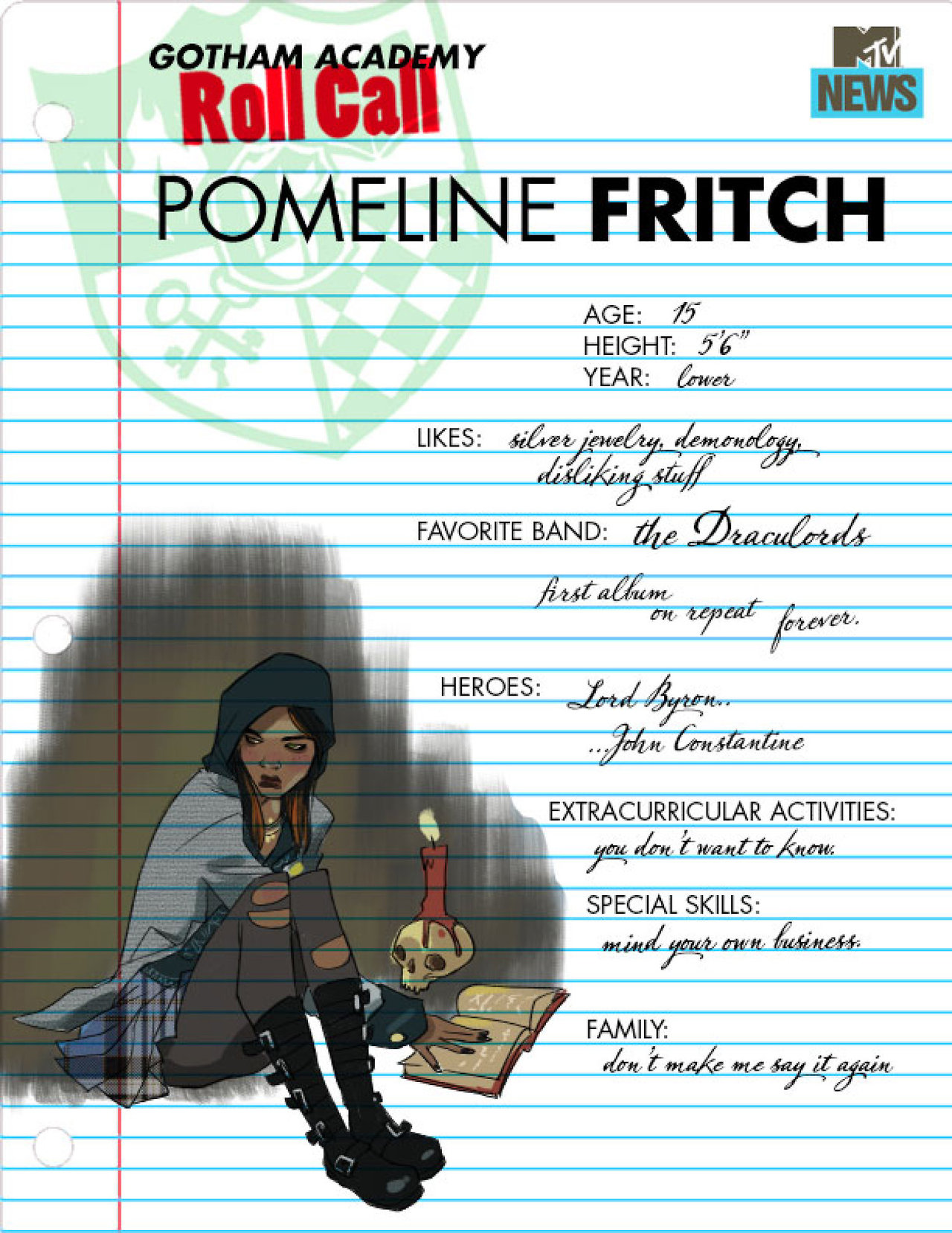 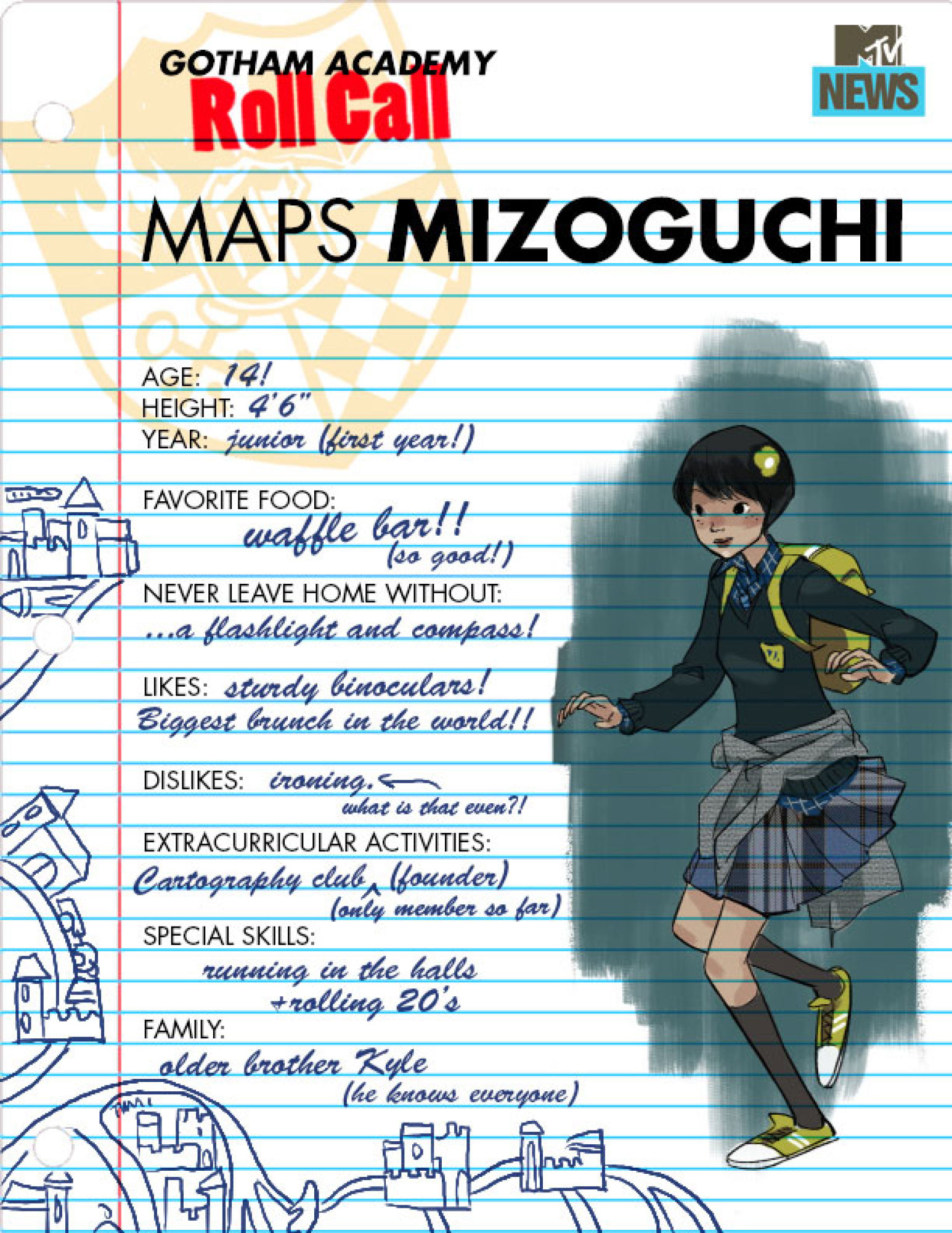 In short, there has never been a better time to be a comics fan, and that seems to finally be true for more than just the straight, white, middle-aged male. 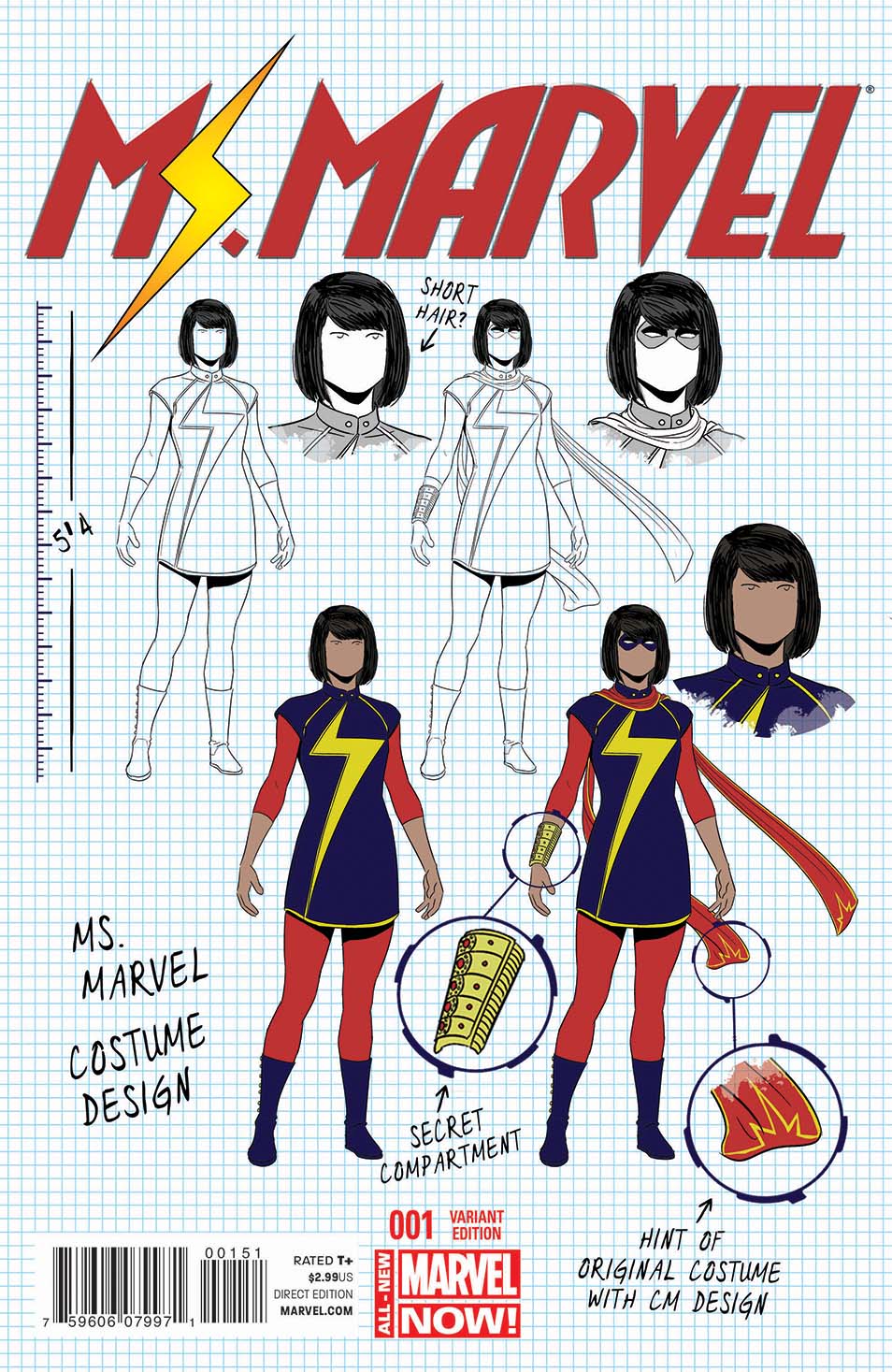 The success and excitement behind characters like Ms. Marvel, Miles Morales, Batgirl, the kids of Gotham Academy, Gwen Stacy, and Wally West indicates a real shift in the audience for comic books today. I am getting the same vibe from their emergence that I did when the New Teen Titans or All New, All Different X-Men came on the scene. It’s a development that speaks both to creative growth and the influence of a brand new audience. And what’s so compelling about all of these developments, is that, for the most part, they are adding to the mythos in a significant way without supplanting traditionally loved characters and concepts.

In fact, I believe the success of Kamala Khan — the new Ms. Marvel — is a real bellwether for just how much has changed in the last few years. Here we have a book that has bucked all the normal odds for a Marvel launch (that is, a 50% drop in sales within 6 months of issue #1) and done so with a relatively unknown creative team and a brand new character taking on the mantle of a title that hasn’t always sold well historically.

Like lightning in a bottle, Ms. Marvel is the only book in Marvel’s stable the past few years to stabilize its sales in just three months, and do so in the mid-thirties on the Diamond Comics sales charts. Marvel has even reported that its digital sales eclipse its print sales, an unheard of occurrence for books that are released online and in stores on the same day. 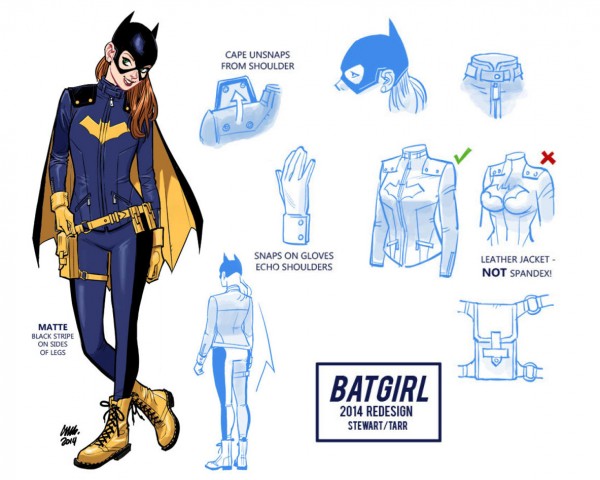 And I do not believe this is a fluke. What we are seeing is the first indication that what so much of the internet fan community has been predicting for years is true. There is a growing fan base among younger, female, and non-conformist individuals for comics of all kinds that is finally able to be quantified in sales data. And I see it in person at every convention and every comic shop I visit.

Of late, we have seen veteran comic creators and fans complaining about this new generation — how they are far more interested in cosplay and selfies, and far less interested in talking to creators who built the industry over the years. To some degree, it is true that fans entering into any genre is going to be far more invested in modern work than retrospectives of 25 years ago. That’s natural. It’s the zeitgeist that pulls new aficionados into a new love far more often than the discovery of something their parents would have read.

But that statement also has built within it a large set of gender biases and exclusivity that has plagued the comics community for longer than I can recall. That the majority of participants in cosplay (and the largest growth area for readership and con attendance) are women and those of the LGBT community is not just coincidence here. When Dave Dorman presents his legacy with a female ass in a thong prominently jutting off the cover of his book, it’s no wonder business will suffer as demographics change. That’s just economics in action. To lament that without acknowledging one’s own inability to adapt is all but admitting you liked it better when the sign outside said “No Girls Allowed.” 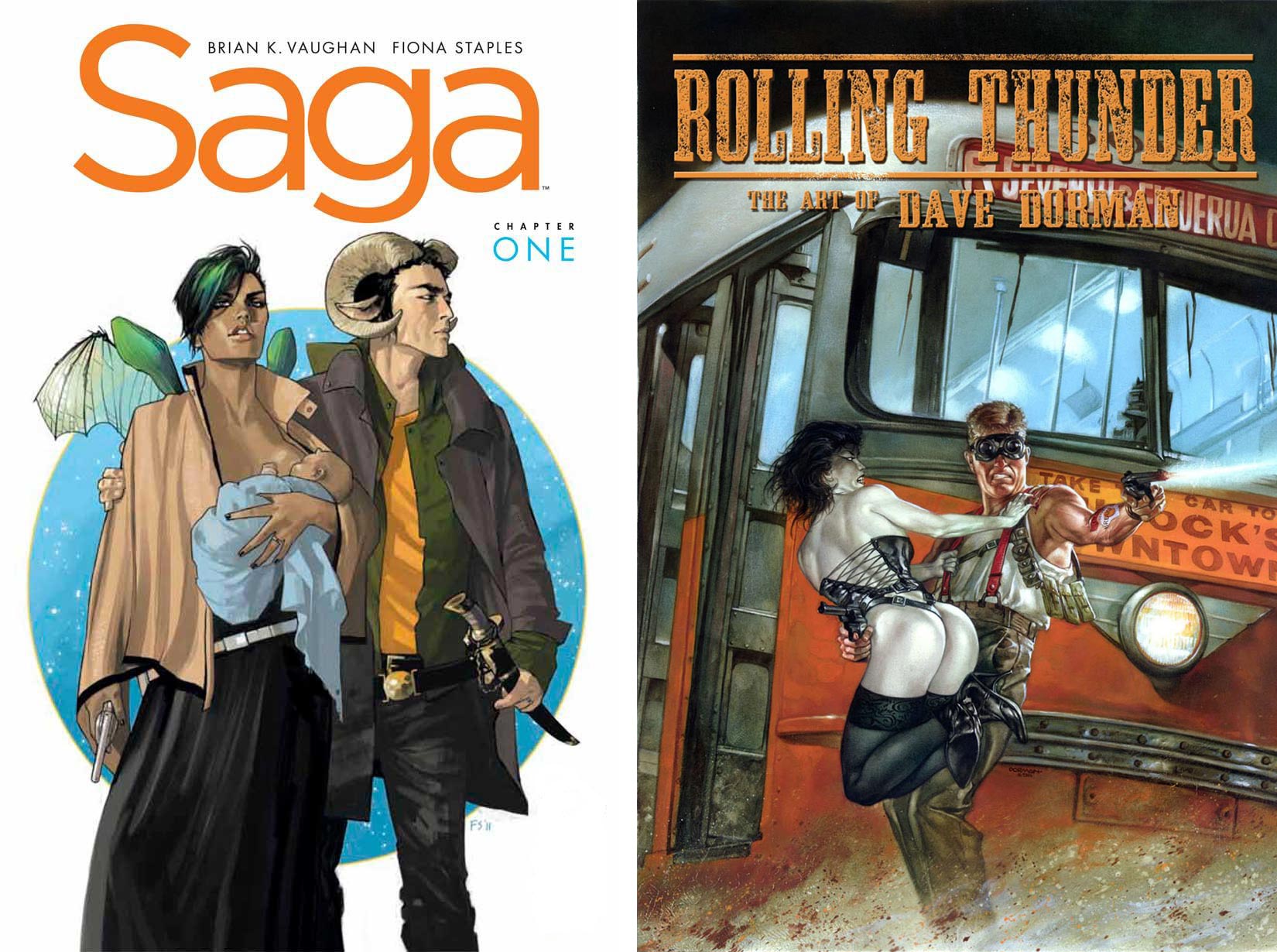 My own experience in visiting Artists Alley when I attend a con is that it is an amazing place to discover the types of work you don’t get to see in your average comic shop or on the cover of the monthly Previews. If a creator is advertising his or her wares with nearly naked women, you’re going to get a hard pass from me. And not just because I am gay, but because there’s no shortage of that in comics, or any other medium for that matter. I’ve seen it before. It’s time for something new.

But that’s not to say there’s not room in the comic world for that work to co-exist. The controversy behind Milo Manara’s variant cover to Spider-Woman #1 is not that an erotic image of Jessica Drew is unethical or inappropriate, or even unmarketable. There’s absolutely a place for images that satisfy the male (or female) gaze, and certainly Manara is a modern day master of that craft. But the cover of a book specifically launched to attract a female readership — where the writer himself has a vision that is inconsistent with that type of objectification — is not that place. It sends a message that the effort to appeal to a new demographic is lip service, and I do not believe that is the case. 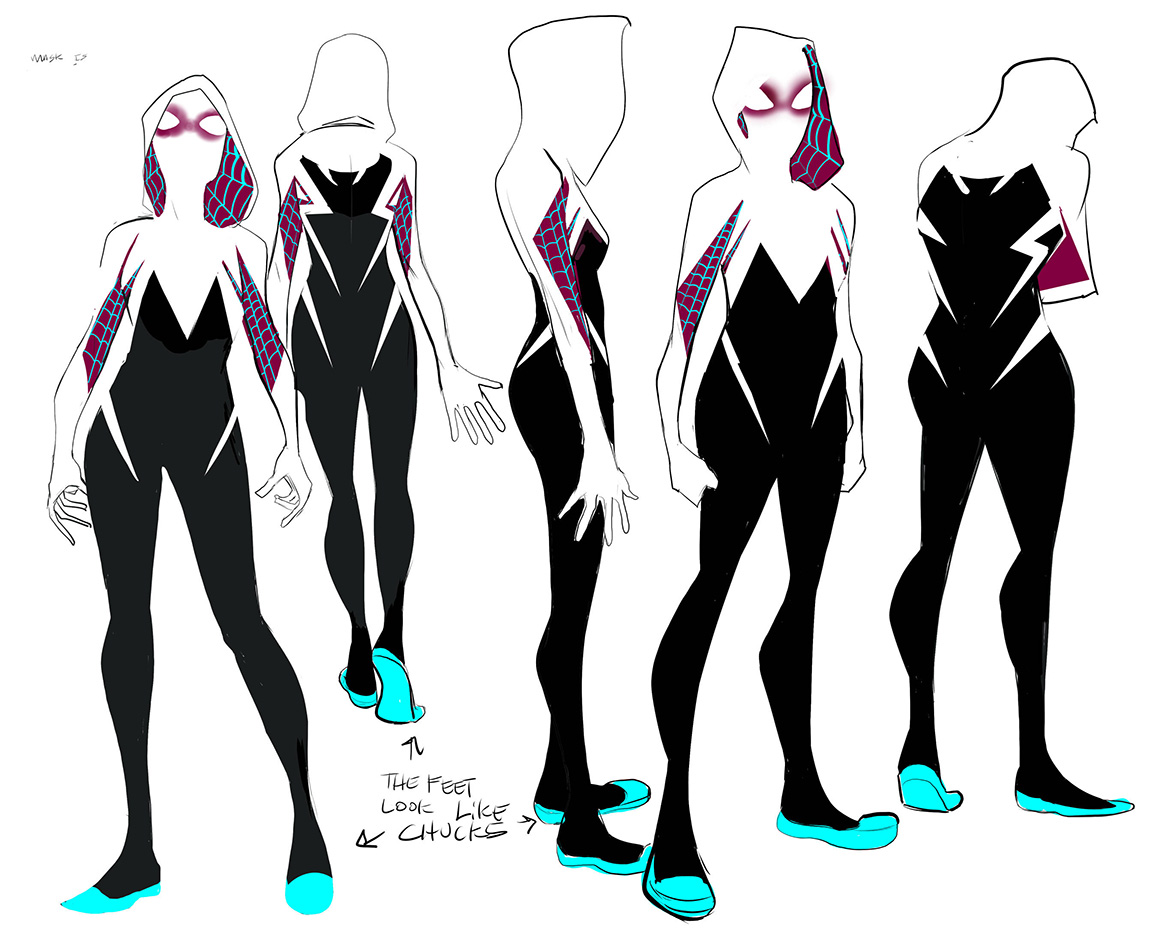 Undoubtedly, there will be bumps in the road, but what’s so great about both of these recent kerfluffles is the voracious pushback we’re seeing to change. That means we’re on the right path, kids. You don’t get outrage if you aren’t actually making a difference.

And so, what part does Comicosity play?

As an editorial team, a writing staff, and a larger community, Comicosity is deeply committed to representing the traditionally unrepresented — to give a voice to the growing fan base of female, LGBT, and multi-ethnic persons who love comic books just as much as the middle-aged guy who’s been collecting them for thirty years (that’s me, too!). We are not looking to replace, but add to, the voices that speak of the love they have and the joy experienced every New Comics Day. And today, we do that with:

A weekly video cast hosted by three die-hard women whose love for comics is only exceeded by their sharp wit and welcoming spirit. Every Monday night, Jessica Boyd, Alison Berry, and Karen D. talk with each other and/or creators about what they love, what they’re working on, or whatever. From Chip Zdarsky’s sultry drop-in to a chat with the upcoming Batgirl team, the ladies of The Hangout bring a fresh perspective to what’s new and fun in comics today.

A new column devoted to female comic book protagonists created in the last two decades — and the original writers and artists that brought them to life — Game Changers is our opportunity to shine a light on all the magnificent characters showing up in comics today. Our hope is that by reading Game Changers, you’ll discover a strong woman figure you’d never encountered before, gain insight on the motivations behind their story, and maybe even be inspired to create one (or more) yourself.

Our site category headed up by Trans activist J. Skyler, LGBT Visibility takes a look at the state of sexual orientation and gender identity in comics today. We’ve tackled (and even debated) such issues as Batwoman’s engagement, the efficacy of having A-list comic characters (such as Iron Man) come out, and interviews with creators invested in adding new lesbian, gay, bisexual, or transgender voices to the comics community.

Another new weekly column devoted to casual chats with female creators from all across the comics industry. Every Thursday, Jessica Boyd interviews writers, pencillers, inkers, colorists, letterers, editors, and whatever other career you can imagine to get the inside scoop on what it’s like to be a woman in comics today. And if you are a woman working in comics, we want to hear from you!

The brainchild of writer Michael Hale, The Comics Classroom is our column for deeper analysis of the themes that run through these funny books we read. Frequently touching on issues of gender, race, and class, as well as literary construction, themes, and more academic interpretations, Michael opens up a whole new world of understanding and analysis for the medium as a whole.

Our editor-in-chief’s weekly review of a children’s book — the only foray outside traditional comic books and graphic novels at Comicosity. Aaron Long is one of a few members of the Comicosity team that is a parent, and that desire to introduce the next generation to the world of words and pictures is strong. Start them young and kids will have a love of reading that will last a lifetime, and we’re here to give you some ideas on where to let that passion begin.

And we’re just getting started.

In the months and years to come, you’ll be seeing more from Comicosity, as we strive to be the site you visit to love comics more — not less — as a result of your time spent here. I couldn’t be prouder of the part I’ve played in its growth to date, but the true gift is being able to see all the hard work and passion of our contributors get out of their heads, onto the page as it were, and into your heads and hearts.

It’s a great time to and for change around here. And I can’t wait to see where it all leads.