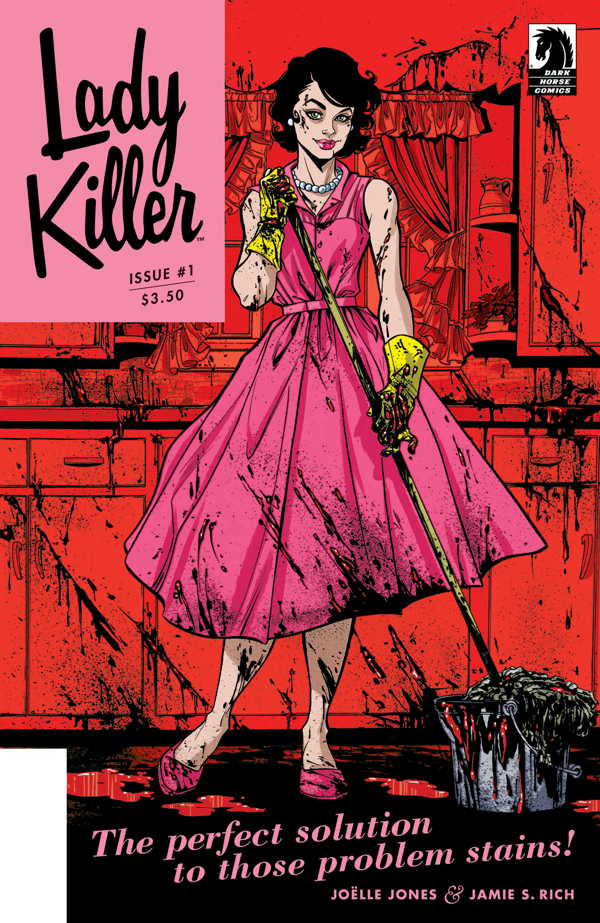 FOR IMMEDIATE RELEASE: MILWAUKIE, OR—Dark Horse is proud to announce that the first issue of Joëlle Jones, Jamie S. Rich, and Laura Allred’s Lady Killer has sold out at the distributor level and will receive a second printing!

Josie Schuller is a picture-perfect homemaker, wife, and mother—but she’s also a ruthless, efficient killer for hire! A brand-new original comedy series that combines the wholesome imagery of early 1960s domestic bliss with a tightening web of murder, paranoia, and cold-blooded survival, Lady Killer has received acclaim from creators and critics alike.

“The best comics feature great talent throwing together the stuff that gets them most excited, like Mike Mignola on Hellboy, or Eric Powell on The Goon, or Ed Brubaker and Sean Phillips on The Fade Out,” said Dark Horse’s editor in chief, Scott Allie. “Joëlle’s drawn a lot of other people’s stories, but only she could’ve used midcentury fashion, espionage, and ultraviolence to create such a perfectly modern comic.”

To reflect the absolute killing the issue’s first print run made in the direct market, the second-printing cover will feature a special blood-red color scheme.

Find out why the critics are raving. Order Lady Killer #1 today through your local retailer!