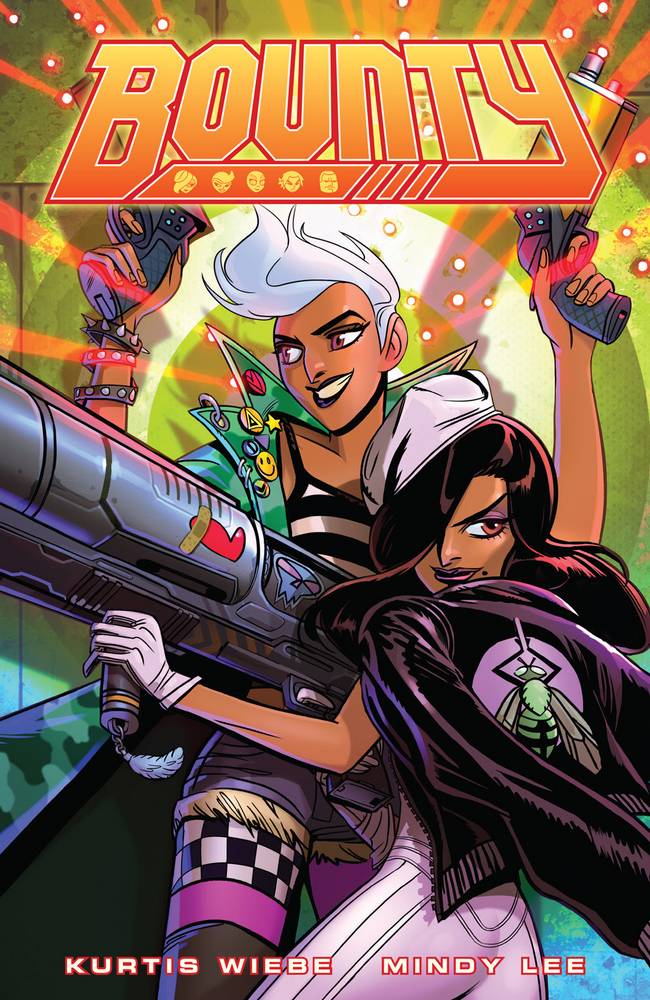 FOR EMERALD CITY COMIC CON: Dark Horse Comics is happy to announce that Rat Queens Eisner Award-nominated writer Kurtis Wiebe is bringing his latest creator-owned series to readers this summer with the arrival of Bounty #1.

“Bounty is strongly my voice and one of my favourite comics I’ve ever written,” says Wiebe.   “While it’s about sisters who hunt criminals in the future, it is ultimately about the nature of family and the trust we share with those closest to us.  With a little bit of action and romance on the side. What Mindy Lee is doing with the art is unlike anything I’ve seen in comics before.”

The Gadflies were the most wanted criminals in the galaxy. Over the years, they’d stolen from the galaxy’s most evil corporations and redistributed their ill-gotten gains to the less fortunate. Doing so earned them a reputation as the roughest outlaws in the universe—with a bounty to match! Now, with the law closing in on them, the Gadflies are forced to abandon their bandit personas in favor of a new career as bounty hunters . . . ’cause if you can’t beat ’em, join ’em—then rob ’em for all they’re worth!

Bounty #1 debuts on July 6 and retails for $3.99.  Preorder a copy today at your local comic shop.

“With an honest love for the genre, Wiebe [is] building an impressive addition to the sword and sorcery genre of comics.”—Newsarama

“Wiebe fully understands the story he wants to tell. There’s a confidence to his writing, a sense of direction.”—IGN

“Wiebe holds nothing back through his situational humor and his ability to turn clichés on their heads.”—Comic Book Resources

“Wiebe delivers, piping some fun and freshness in an otherwise overdone genre.”—Comics Bulletin

“The first issue of Wiebe’s new series is a roaring success as far as I’m concerned.”—Population Go

“I recommend checking in on the ground floor because it’s positioning itself as one of the most compelling stories of the new year.”—iFanboy