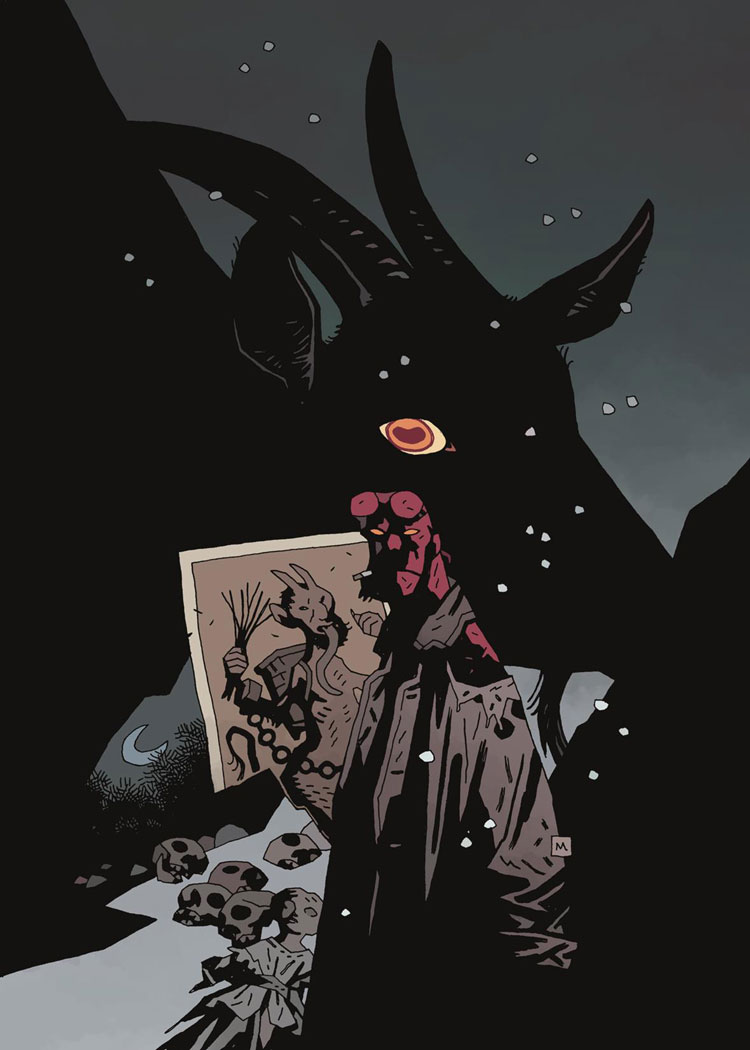 From Baba Yaga and Hecate, to the Black Flame and the Queen of Blood, Mike Mignola’s legendary Hellboy and the Bureau for Paranormal Research and Defense have battled some of the most dangerous and despicable demons and villains in all of comics.

With stories by Eisner award-winning artist Adam Hughes — who is illustrating his first ever Mignolaverse story, iZOMBIE co-creator Chris Roberson, and acclaimed Mignolaverse artists Christopher Mitten and Ben Stenbeck, the three new titles will explore the secret origins of two classic villains, Koshchei the Deathless and Rasputin, and introduce the Krampus into Hellboy’s odd world of fantasy and folklore.

“We didn’t set out to publish three stories about bad guys for the holidays, it just worked out that way—and, really, at least one of these guys isn’t ALL bad,” said Mike Mignola.

“It’s been a real pleasure working with Chris Roberson and Christopher Mitten again to flesh out more of the history of the Hellboy world—focusing on Rasputin before the arrival of Hellboy. You just knew there had to be more to say about that guy. Just like I’ve always known there was a lot more to say about Koshchei the Deathless, who I’ve loved since Hellboy: Darkness Calls. Now thanks to the great Ben Stenbeck, we get his full, odd, and tragic life story. And then what is there to say about the Krampus? This grim little Christmas story has been gathering dust for years on my mental shelf, apparently just waiting for the right artist to come along and ask to draw it. I just never imagined that the right artist would be Adam Hughes!”

The three new titles are: 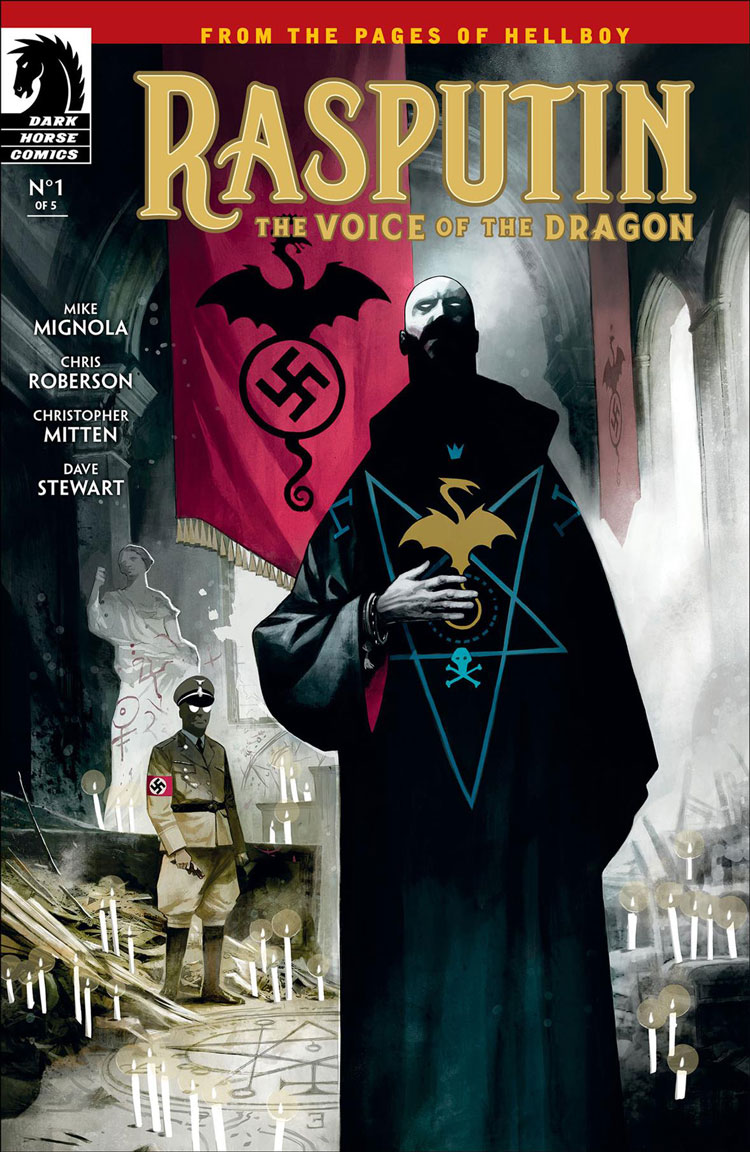 RASPUTIN: VOICE OF THE DRAGON

A conspiracy involving the Third Reich and a dead member of a sinister secret society sets Professor Bruttenholm on his first mission—to find the man who’d soon bring Hellboy to earth. The mad Russian sorcerer Rasputin had been thought dead since 1916, when a group of noblemen sought to end his influence over the tsar. Now Rasputin works with the most twisted members of Hitler’s inner circle, and he’s about to cross paths with the man who’ll go on to found the Bureau for Paranormal Research and Defense. The first issue of RASPUTIN: VOICE OF THE DRAGON’s first issue (of five) goes on sale November 29, 2017. 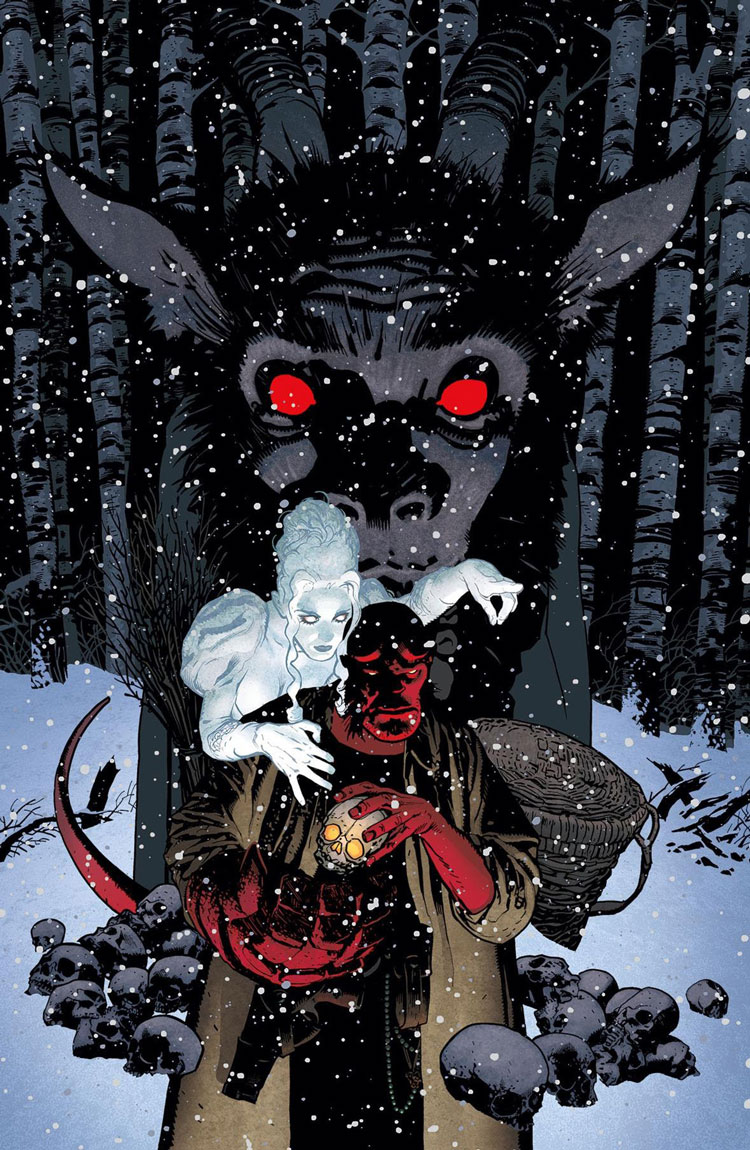 The only thing more exciting than pitting Hellboy against this Satanic spin on Santa is the team-up of Mike Mignola and Adam Hughes. HELLBOY: KRAMPUSNACHT ONE SHOT goes on sale December 20, 2017. 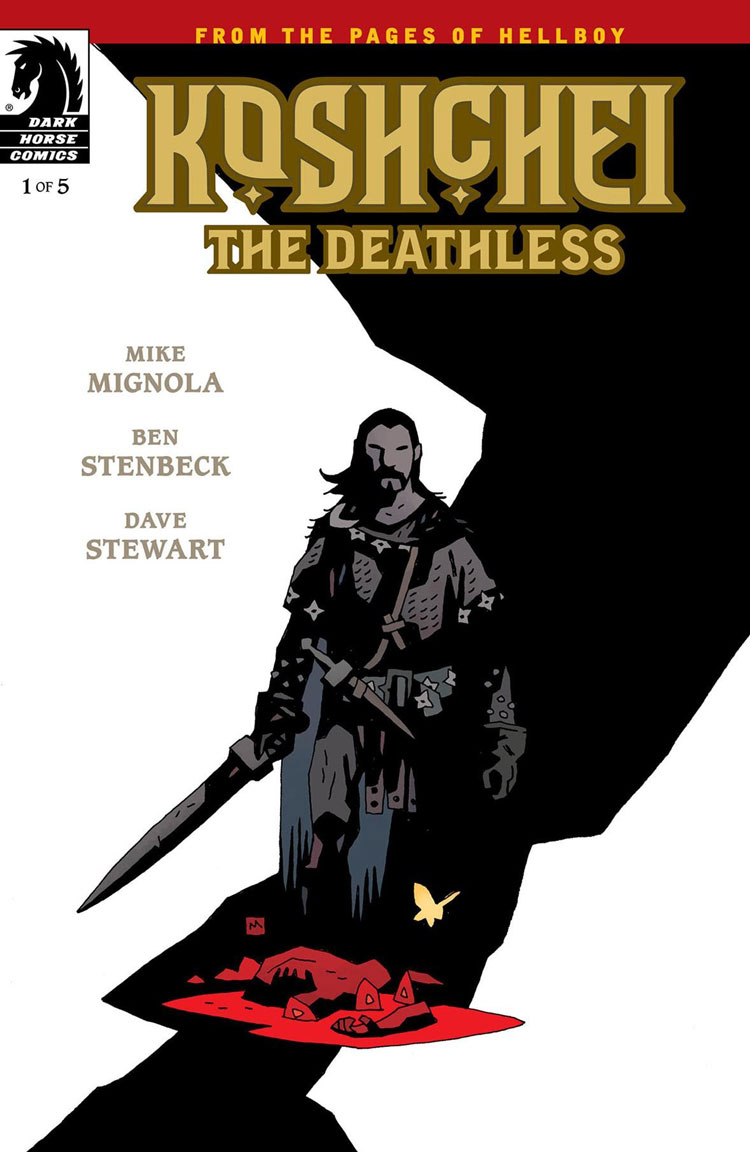 Sent to kill Hellboy by the Baba Yaga in Darkness Calls, Koshchei the Deathless hinted at a long and tragic life before being enslaved to the Russian witch. Now Koshchei relives every horrible act on his road to immortality and beyond, with none other than Hellboy himself—in Hell. Mignola returns to Hell and to the bizarre folklore that’s filled some of his greatest books, reuniting with one of his favorite collaborators, Ben Stenbeck (Frankenstein Underground, Witchfinder: In The Service of Angels, Baltimore). The first issue of KOSHCHEI THE DEATHLESS (of six) goes on sale January 10, 2018.