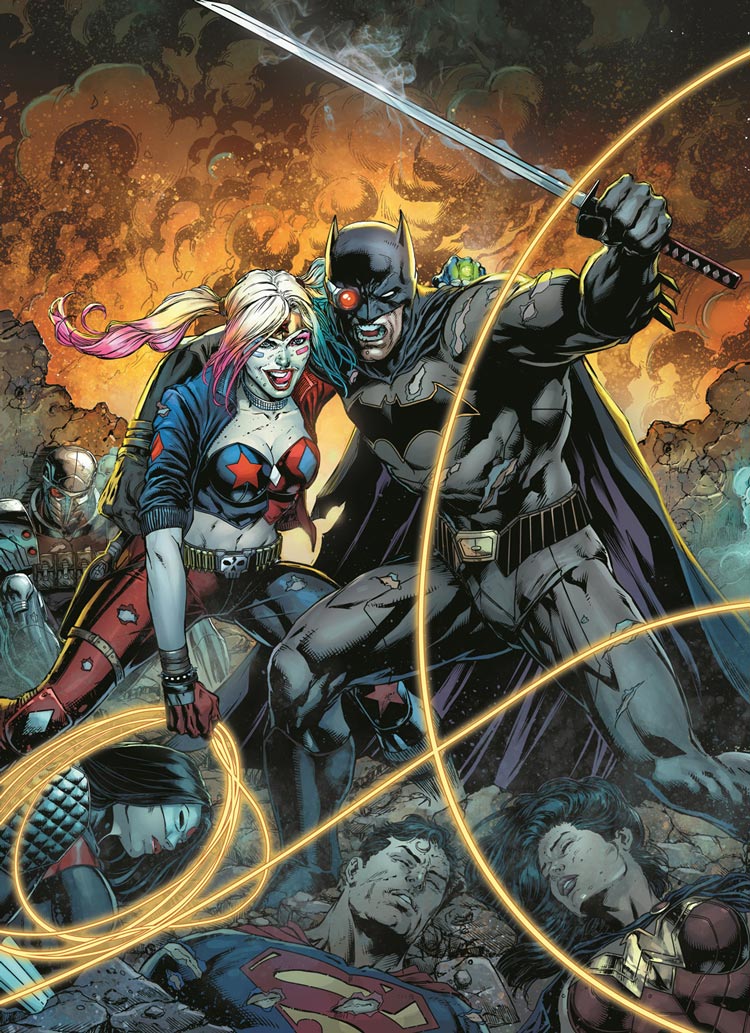 With a record-setting 12 million copies sold this summer, DC Entertainment has set the comic book world on fire since REBIRTH launched in June. With 21 of the initial 30 monthly and twice-monthly titles going to press multiple times, comic book fans are already asking, “What’s next?”

The answer arrives this December, as DC announces its first major event of Rebirth: the Justice League facing off against the Suicide Squad. This two-month event will pit DC’s two greatest super-teams against each other in a six-issue weekly miniseries, beginning with a special prelude in the pages of SUICIDE SQUAD #8, and with issues of SUICIDE SQUAD (#9 and #10) and JUSTICE LEAGUE (#12 and #13) serving as tie-ins during January.

The day that Amanda Waller has long dreaded has finally come to pass: the Justice League has discovered the existence of Task Force X! America’s paragons of truth and justice won’t take well to a government-sponsored team of black ops super-villains (with bombs implanted in their heads), but before the Justice League can shut down the Suicide Squad, a bigger problem looms: another deadly strike team is lurking in the shadows, one that could expose dark secrets throughout the DC Universe, with ties to the hidden truths of REBIRTH. Longtime enemies such as Batman and Deadshot, the Flash and Boomerang, and Wonder Woman and Harley Quinn will have to put aside their differences when an evil threat once thought lost to the DC Universe makes their return.

“This story is another building block to REBIRTH. With all of our heroes back on the board, it’s the super-villains turn. And the events within will set the stage for REBIRTH Phase 2 as a surprising team emerges and another piece of the puzzle of the future of the DC Universe, and the past, comes into focus,” said Geoff Johns, President and Chief Creative Officer, DC Entertainment.

“I’m really excited about writing this story,” said Williamson. “This is a great opportunity to remind fans that, outside of Batman, the DC Universe isn’t aware that Task Force X or Amanda Waller even exists. To ultimately bring these villains to light for the entire DC Universe to see should make future Suicide Squad stories that much more interesting. And by the end of the story, both teams may discover that they have more in common than they thought, whether they like it or not.”