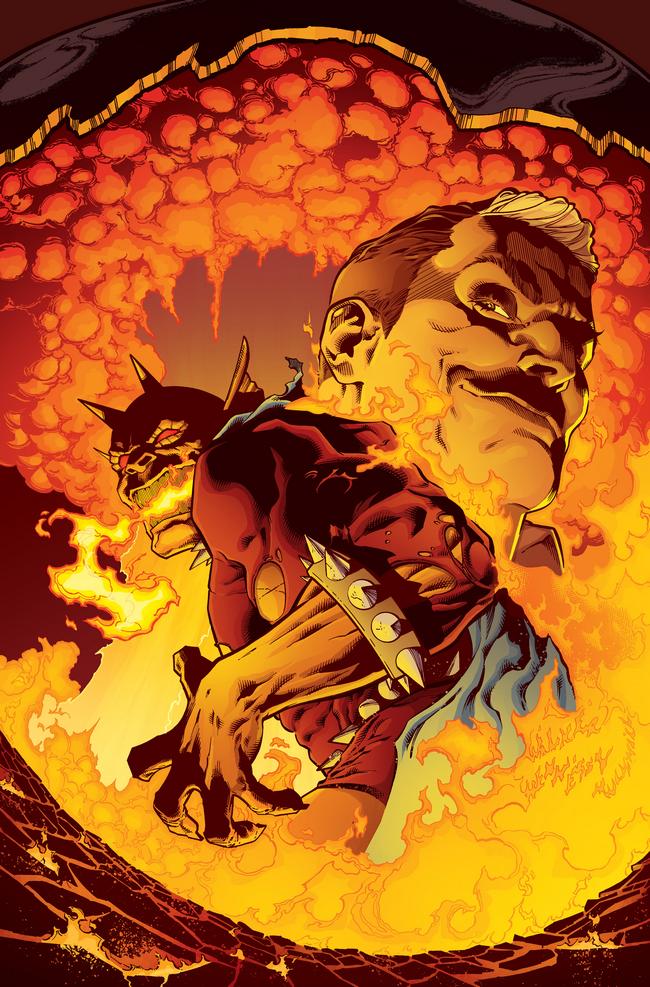 Look here, fans, and take a break.
A new comic announcement we’re ready to make.
About a war on Earth to destroy all man
And a rhyming demon named Etrigan.

Andrew Constant writes this new tale of fright,
Bringing startling new layers of the Demon to light.
He’s assisted by artists of the highest skill:
Messrs. Walker and Hennessy their duties fulfill.

Fans can expect both action and chills
In a tale that addresses our modern-day ills.
In this month where we celebrate Jack Kirby’s birth
We’re pleased to announce THE DEMON: HELL IS EARTH!

Jason Blood and Etrigan have a…complicated relationship, and it’s one that this exciting new miniseries by writer Andrew Constant (Torn) and the art team of Brad Walker and Andrew Hennessy (both of AQUAMAN fame) promises to explore in depth. Set amidst the heat of Death Valley, Jason Blood has retired from life and chosen to lock away Etrigan forever, never to unleash the wrath and destruction of the Demon again. But when a nuclear bomb hits the California desert, it cracks the very foundation of Earth, and from that crack, Hell is emerging…

“I was excited to work on a great, slightly lesser exposed Kirby character,” reveals Walker. “As I’ve gotten into Andrew’s scripts, I’ve been having fun doing something tonally different than books I’ve worked on in the past. It’s fun tapping into moody, darker aspects of my art. It has a bit of a Vertigo vibe. It’s maybe not a side of me people know, but it’s stuff I am a fan of, just as much as the big, bombastic, superhero stuff.”

The Demon: Hell is Earth is a large-scale, thrilling mix of action and terror featuring tense, conflicted relationships and brutal, kinetic combat, with no less than the fate of the world at stake. Because in the world of Etrigan, the Demon, war is literally hell.

Look for the first issue of The Demon: Hell is Earth in stores on November 15, 2017. You can check out the full solicit below…

THE DEMON: HELL IS EARTH #1

Jason Blood and Etrigan: the best of enemies, destined to spend eternity bound together. When a haunting vision leads Jason to Death Valley, a supernatural weapon is unleashed, radically transforming not only the land, but also Blood…and the Demon. The worst, though, is yet to come, as hell begins to make its way into our world.

Don’t miss the start of this horrifying miniseries, where Etrigan and Blood’s relationship will be changed forever! 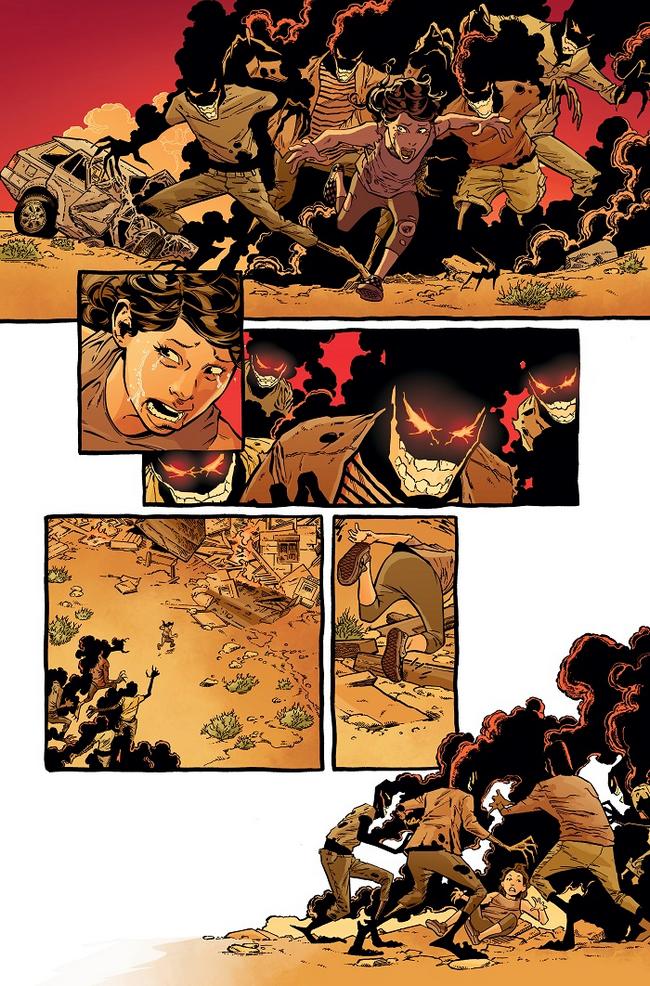 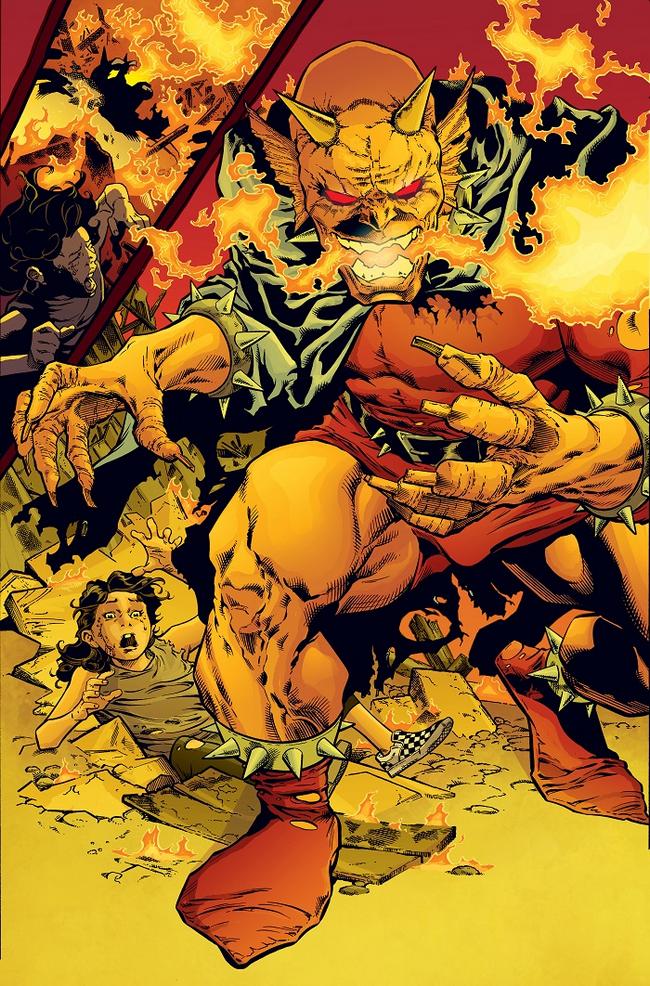 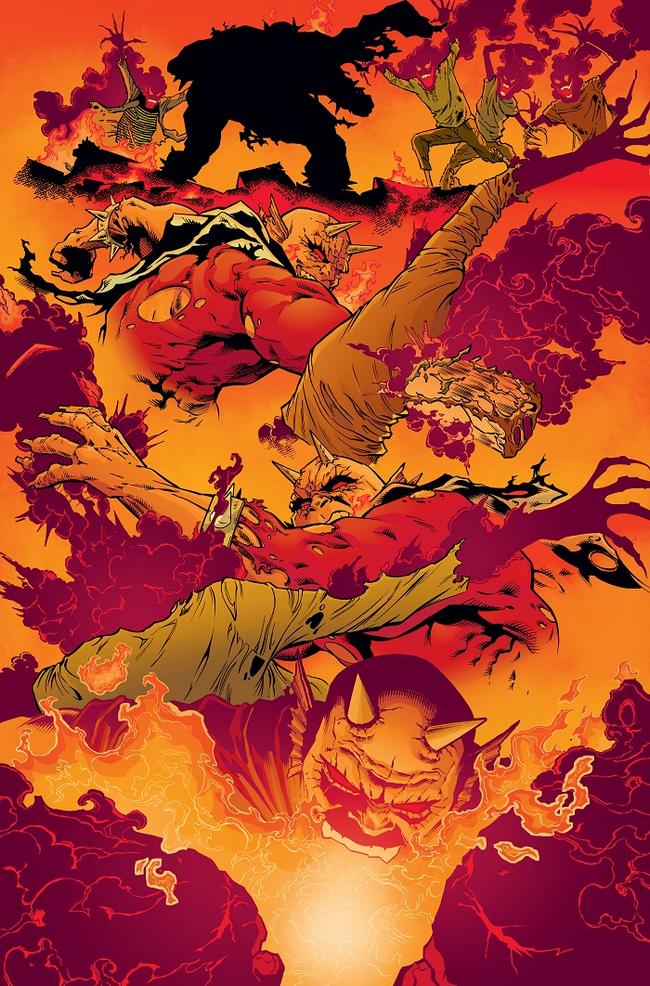