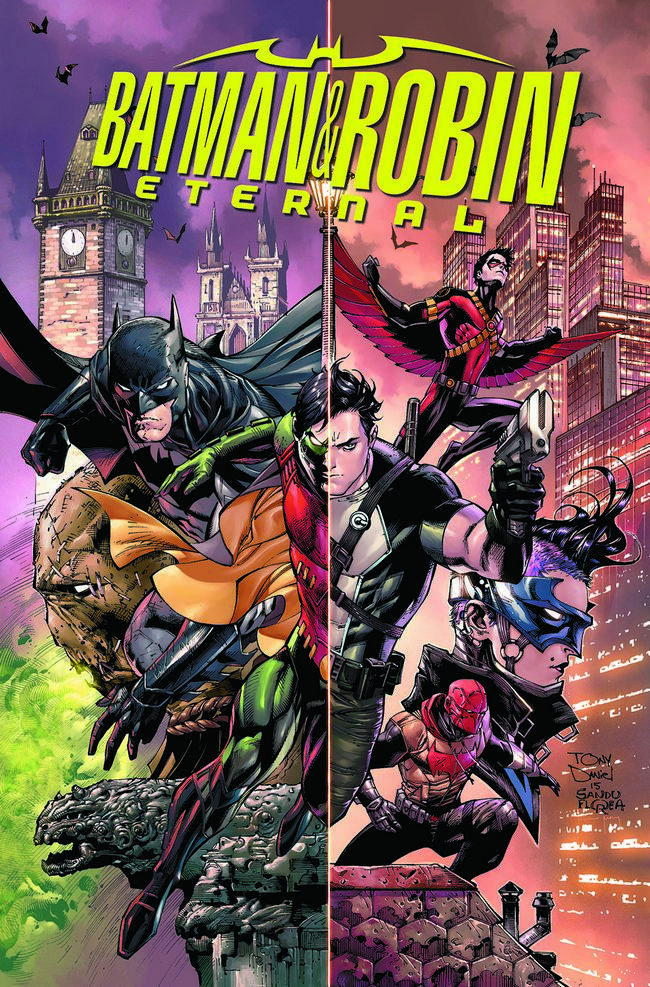 This year marks the 75th Anniversary of Robin, the world’s most famous sidekick! DC Entertainment is celebrating the Boy Wonder all year long including five new and returning comics commemorating multiple incarnations of the iconic character.

In addition to headlining GRAYSON, ROBIN: SON OF BATMAN and WE ARE ROBIN, he will also be featured later this year in a new weekly series, BATMAN & ROBIN ETERNAL and “Robin War,” a crossover event that will begin this winter.

In order to commemorate the various Robins throughout the years, a brand new infographic was unveiled at Comic-Con International: San Diego. Most famous is Dick Grayson, but Jason Todd, Tim Drake, Stephanie Brown, Damian Wayne, and Carrie Kelley have all proudly carried the moniker. Furthermore, the newest iteration of Robin in The New DC Universe now appears as the WE ARE ROBIN team, a group of teens who all embody the idea of Robin and bravely save the streets of Gotham City. 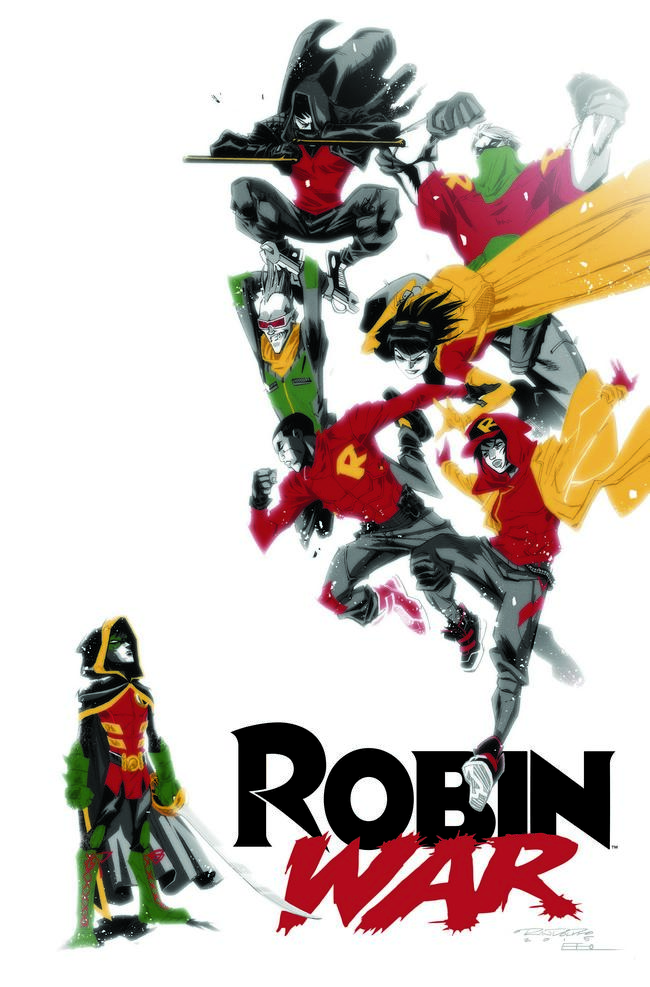