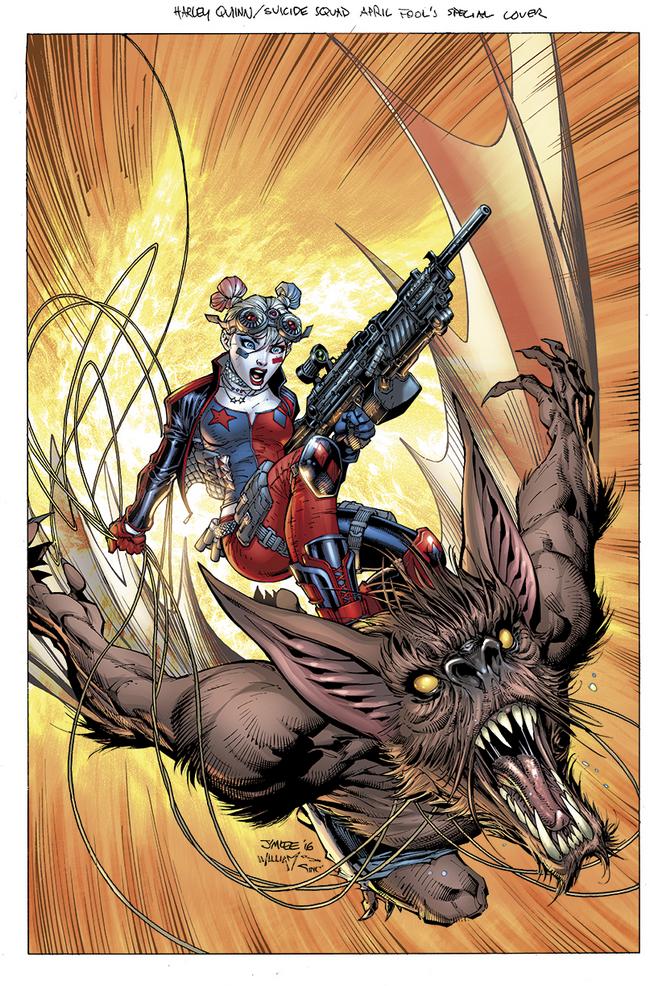 Jim Lee to unveil his cover for HARLEY QUINN AND THE SUICIDE SQUAD APRIL FOOL’S SPECIAL #1 at ComicsPRO!

Later today, Jim Lee’s cover for HARLEY QUINN AND THE SUICIDE SQUAD APRIL FOOL’S SPECIAL #1 will be revealed at ComicsPro in Portland, OR. Written by Rob Williams with art by Jim Lee, Scott Williams and Sean “Cheeks” Galloway, the one-shot featuring the Clown Princess of Crime and Task Force X arrives on April 6th, 2016.

Dr. Harleen Frances Quinzel, M.D., welcomes you to Evil Anonymous, the support group for super villains in need; where no problem is too insane or homicidal, and where discretion is assured as only a clown princess of crime can—which is to say, not at all. But when Harley Quinn starts using her patients’ own evil schemes against them, it turns out that a much bigger, far more dangerous, and truly life-altering joke is being played on her.