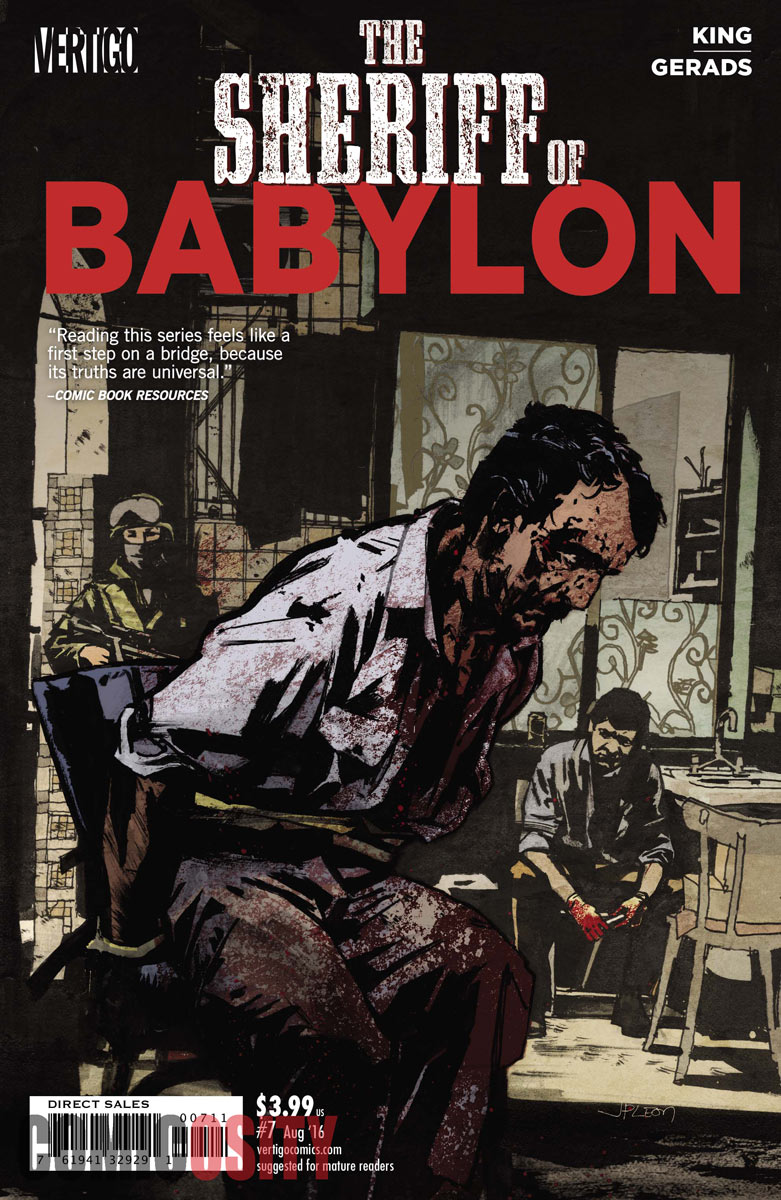 BURBANK, Calif. (June 7, 2016) – DC Entertainment (DCE) continues to add top-notch talent to its creative roster, announcing today that it has reached an agreement with artist Mitch Gerads to create comic book content solely for its DC and Vertigo imprints. Gerads will continue his incredible work with writer Tom King (who has also made DCE his creative home) on Vertigo’s groundbreaking monthly series THE SHERIFF OF BABYLON. Drawing on King’s background and experiences as a CIA counterterrorism operations officer, this wartime crime drama takes readers deep into the underworld of the city of Baghdad during one of the most tumultuous times in modern history.

”As our talent roster continues to expand, it’s exciting to see that we’re stocking it with some of the best writers and artists in the industry today, and Mitch Gerads is no exception,” said DC Entertainment Co-Publisher Jim Lee. “His style is the perfect complement to Tom King’s gritty storytelling, and I can’t wait to see how Mitch tackles other Vertigo and DC projects in the future.”

The series explores Baghdad, 2003. Florida Police officer-turned-military contractor, Chris Henry is tasked with training a new Iraqi police force. When one of his trainees ends up dead, Chris is forced to team up with Nassir, the last remaining cop in Baghdad. Pulling the strings to bring them together is the mysterious Sofia, an American-educated Iraqi who has returned to take control of the city’s criminal underworld. This monthly miniseries will see its first story arc collected as a trade paperback in comic book stores on July 6 and everywhere books are sold on July 12.

“From the moment I began working with them, the Vertigo and DC teams have treated me like family, so teaming up with them was an easy and obvious decision for me,” explains Gerads. “I’m really looking forward to my future with the company,” and am incredibly proud of THE SHERIFF OF BABYLON; Tom and I are excited to work on a book that feels so important and Vertigo has given us a chance to really say something, and say it all. I’m right where I should be.” 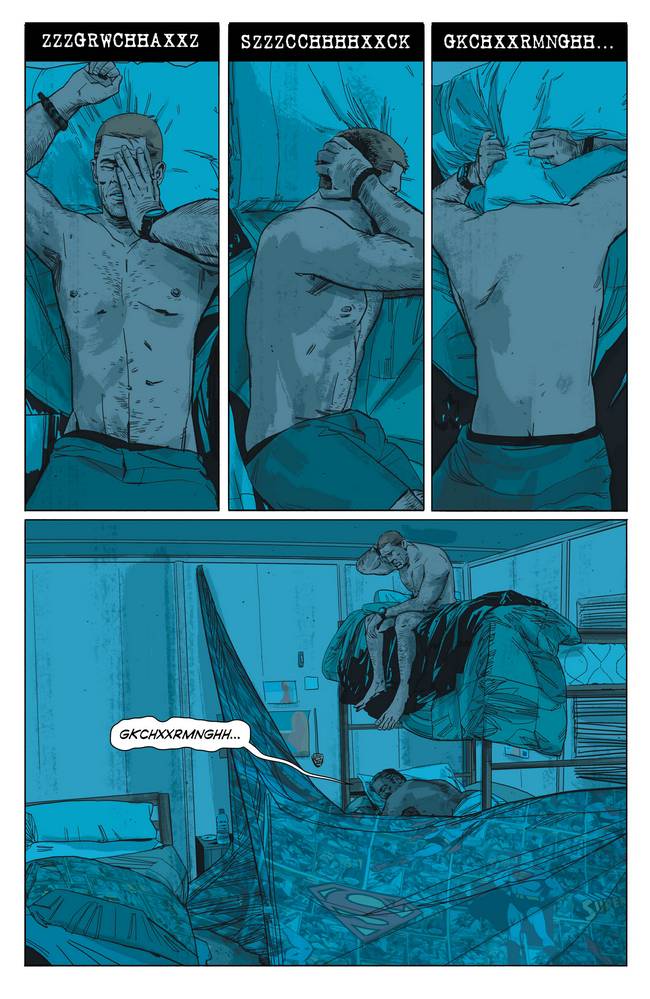 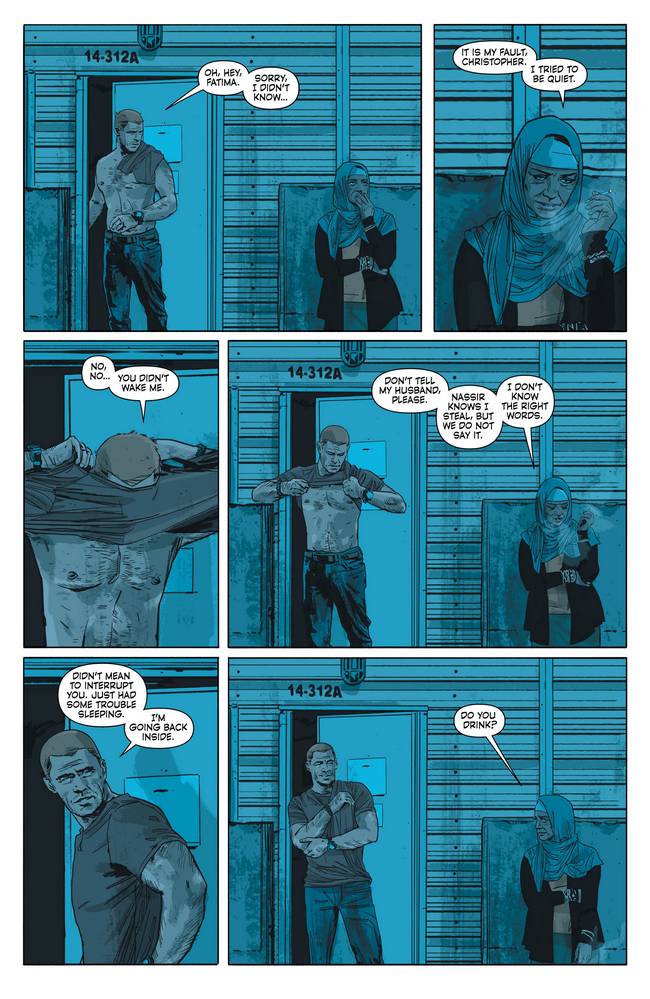 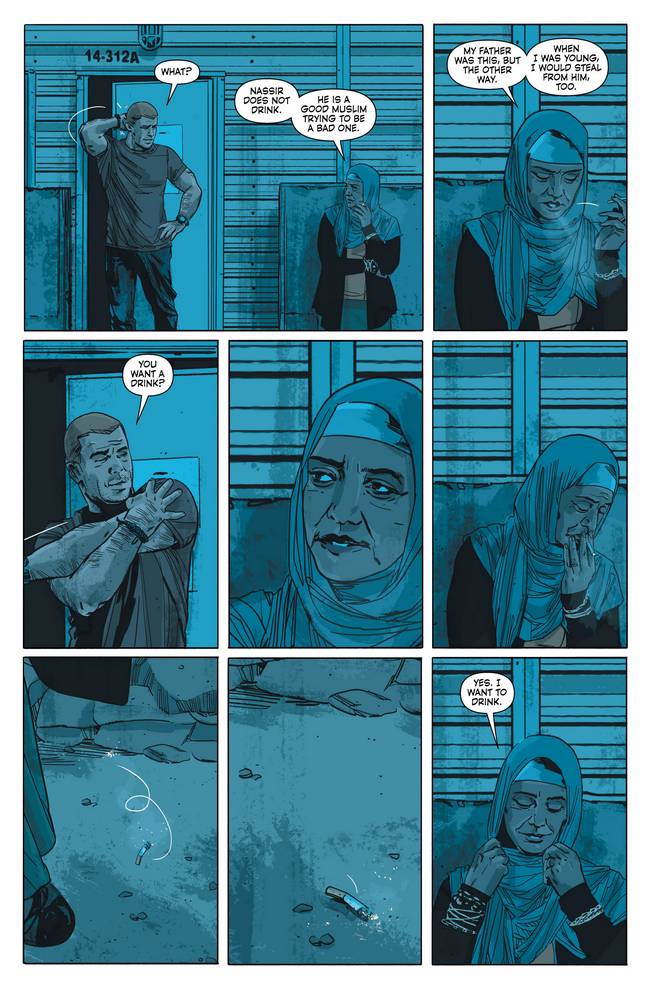 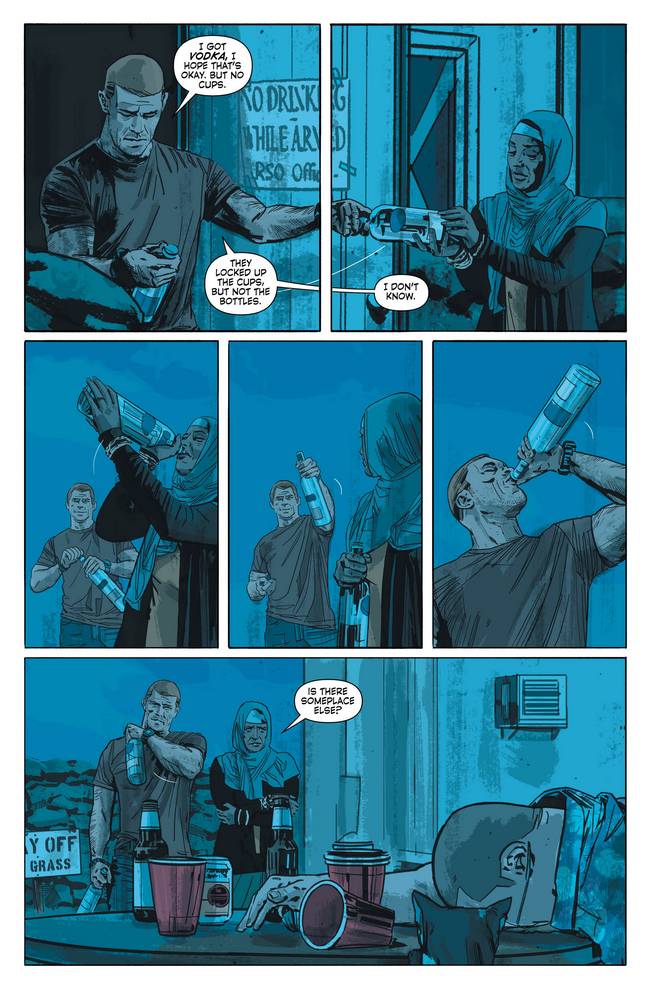