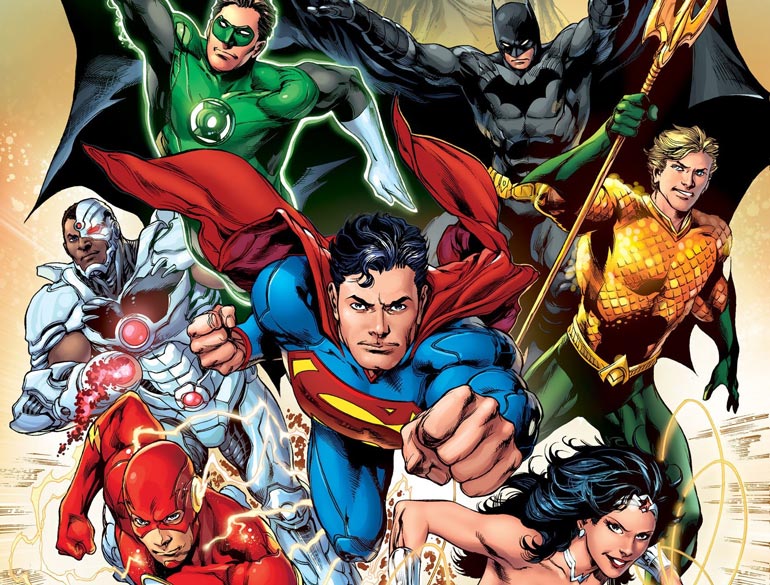 So, without further ado, our dream Justice League rosters begin: 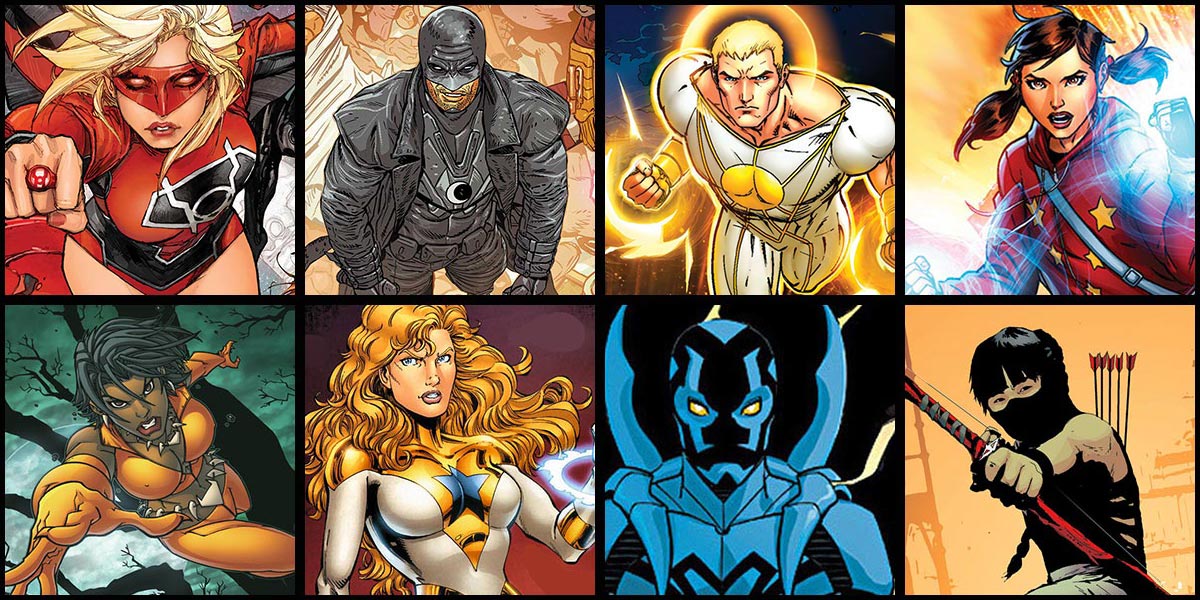 These eight seemingly random heroes would be the BEST JLA team of all time.

I feel like Red Lantern Supergirl didn’t get as much time as she could have had and was an extremely interesting concept. Giving a hero at the level of Supergirl even MORE strength with a lantern ring while having her deal with her anger issues would be an awe-inspiring tragedy waiting to unfold if she were placed on a team and had to control herself.

Midnighter, Apollo, and Jenny Quantum are a family. Period. They were a family in the Authority. They should be a family now. It saddens me deeply that they’re not a family at this very moment. I know it’s too much to ask DC for the Authority back, but if these three could be a family again on a team where they have some form of stability, I would be a happy gal.

Vixen is an underrated character who deserves a leadership role. She has awesome powers, she’s been a hero at DC for longer than most, if not all, of the heroes on this list, and I feel like she’d be a great leader for this group.

A New Blue and Gold

Booster Gold may be my favorite, but he’s already tried to save his Blue Beetle, and it did not work at all. I feel like passing the torch of hilarious antics to his younger sister Goldstar and our not-so-new Blue Beetle Jaime Reyes would be great. These two characters could provide a fresh take on the buddy comedy Blue and Gold brings to the table.

Emiko Queen is the newest character on this list, but I think that’s why she’d be better than bringing Artemis or the Original Green Arrow in. She has built in layers of depth from her upbringing and family history and could help Supergirl with balancing the team out with a little broodiness.

I feel like this team will be a great mix of snark, goofiness, and an edge of darkness. They’d be a group that’d have to learn to work together, and under Vixen’s guidance, I think they could. 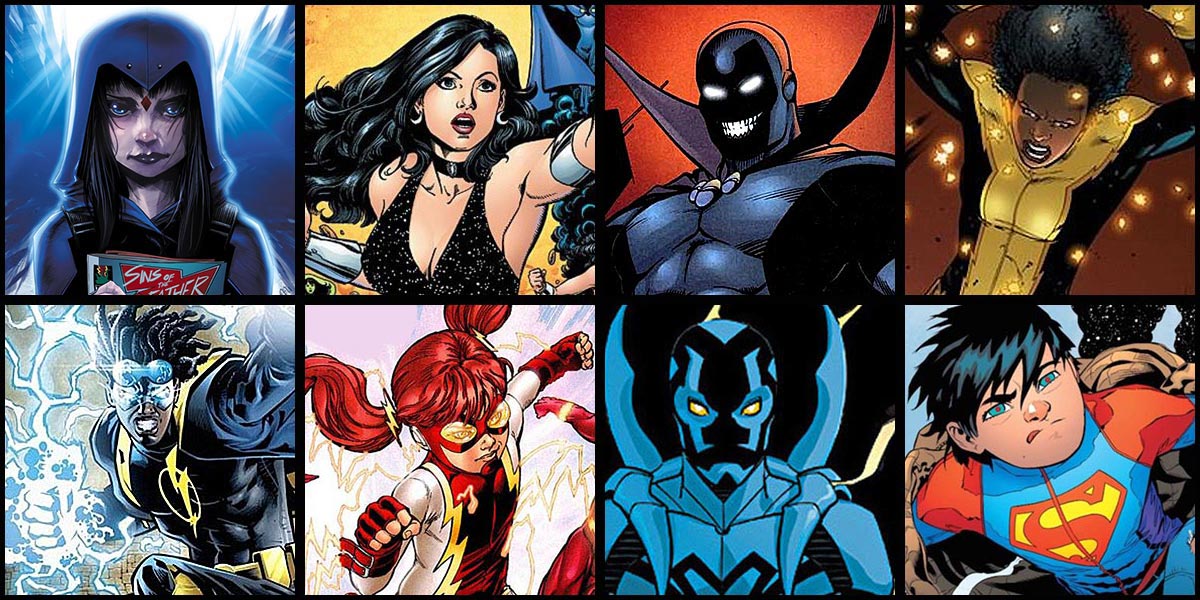 This Justice League of America is one I feel encompasses youth and ideals, but also complex emotional relationships. I picked these team members because they could provide stories that explore darkness, heritage, insecurity, and doubt, but in a manner which emphasized progress, teamwork, and bonding.

Each of these members has a distinct emotional presence, and I’d love to see them weave together to overcome their own issues to be a force for justice, especially for those who need their help the most. This JLA would explore identity, growth, building a family, and real and varied ideas of justice.

As my favorite DC character, I feel like Raven has never truly gotten her due. Her being part of the JLA would capitalize on her growth near the end of pre-Flashpoint DCU, particularly her role as mentor and once leader of the Teen Titans. She’d be perfect for espionage and psychic rapport in field missions, but also for supporting her teammates in their darkest moments, as she’s had to overcome her own demonic heritage to be the hero she is now. Also: I love a good Trigon story and I actually never get tired of them.

Donna Troy is a more than capable leader, and I want her at the helm of this iteration of JLA. Compassionate, determined, and open, she is someone who knows how to bring out the best in her team and the best in herself. I see her as resolute in times of adversity and capable of handling issues with her teammates without being domineering, helping them grow while dismantling conflict. She’s the kind of leader I’d like to see more in comics.

Like Raven, Todd Rice has never really gotten a chance to shine. As part of the team, he’d excel as a stealth member, and his powerset allows for a diversity of tactics in battle. Him being part of the JLA could showcase his growth and provide him a chance to work through his own problems by having a supportive network around him.

Anissa Pierce’s time with the Outsiders gave her some prominence, but I’d like to see her in the big leagues. Her abilities are amazing and she could be the near literal tank of this JLA. Within this team, she could keep her no-nonsense persona while also being joyful, a part of her I’m not really sure was explored during her time in publication.

Virgil Hawkins is a criminally underused character, even though he could easily be placed in the genius ranks of DC Comics. His powers and his knack for technology and science make him an asset for the team, whether with recon or overcoming villains’ weaknesses. As one of the youngest members of the team, he may see himself as less worthy, but this JLA could also help him develop his confidence as a hero and as a scientist.

I wanted a speedster, but one who wasn’t so run of the treadmill, so I chose Iris West and decided to involve time travel. From a point in the future where this JLA has cemented itself as a monumental force for good, Iris travels back as a young adult to be part of the team. She captures the essence of her title, but grows to the occasion and becomes a hero who learns how to remain herself whether a threat is present or not.

With Jaime Reyes as a member, the JLA could expand its use and understanding of magical, technological, and alien domains, in some ways synthesizing the knowledge of Virgil, Raven, and Donna. His playfulness could put him at odds with the rest of the team, but he could also add levity to normally distressful or heartbreaking circumstances. He has the makings of a great hero, much like his younger team members, and that could truly come to the fore in his role as a JLA member.

Also from the future, this older Jon Kent ponders Iris West’s adventure to the past and decides to follow her. After having some time to mature, he has a more firm grasp on his powers, though there are parts of him he fears because of his potential. Through his time with the JLA, he can learn that he doesn’t have to be the leader his father is, or be a leader at all, and that super-strength does not have to equate to hypermasculinity. Also, he likes boys and he finds mentors and friends in Todd and Anissa, helping him navigate his budding sexual orientation. 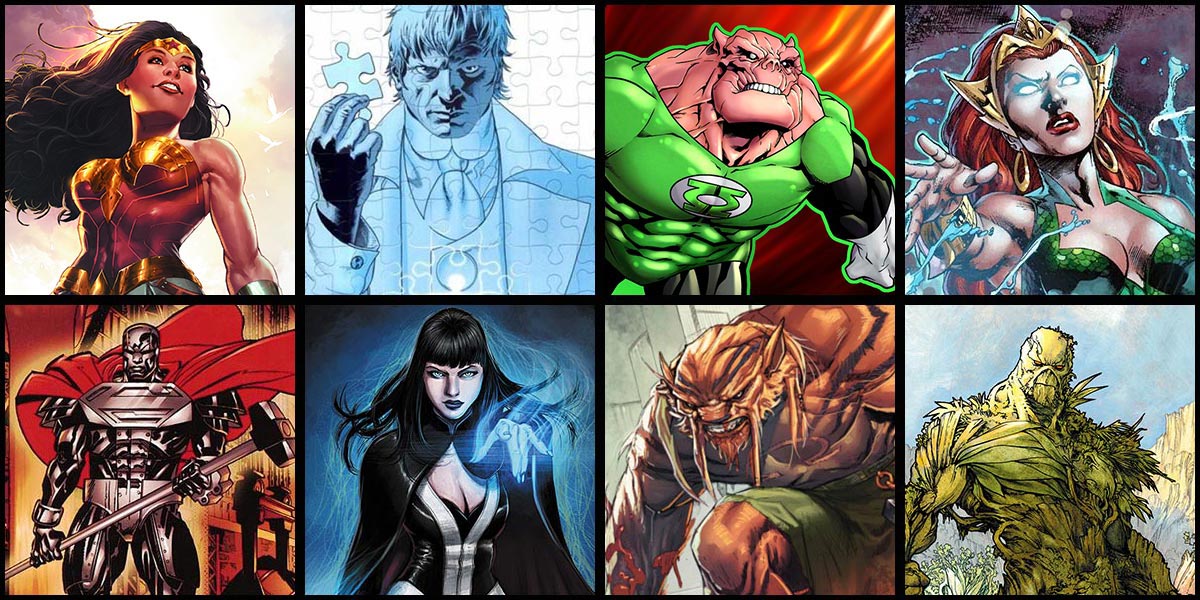 Y’know what makes the best teams? Typically, I find, it’s absolute anarchy. Sure, the classics can be fun to read and the main core of the Justice League can be magic when they are together but….what fun is that? So, let’s talk about the mad-Comicosity-EiC’s rock n’ roll roster.

Nothing says radical like choosing a Justice League mainstay and one of DC’s Trinity. Every proper JLA roster has some quality firepower and a solid leader – Diana is both. Let Clark and Bruce sit their asses down on the bench, Diana doesn’t need them to make this team fly. This is the era of the Amazon.

The cryptic head of Planetary, Elijah is one of the greatest characters ever and he’s been gone for too long. Can anyone other than Warren Ellis really make this guy work? I’m not entirely sure, but holy crap do I ever want to read more comics with this caustic bastard telling people off, no matter who would be writing him. (Total side note, go read Planetary if you haven’t. It is seriously one of the greatest comics ever crafted.)

Every good roster has a ring slinger and it’s time for the big man to shine on the main stage. Also, can you imagine the back and forth between Elijah Snow and Kilowog? Seriously, this is the new dynamic duo here. Fall in line, Poozers.

Since The New 52 fired up, I’ve been a big fan of most of the Aquaman solo stories. I’ve been a fan because of Mera, primarily. Arthur’s fine, but Mera takes his title to the next level. She’s a powerhouse and brings the element of the sea into the mix without all of Aquaman’s baggage.

I’m a firm believer that every big time comic team needs a hammer. Steel brings that and a lot more to the table. He brings the brain, the Super-family tie, and some brawn to the roster. I’m thinking this cat could even grab Kilowog’s ring in a pinch and have some fun. I’d read the hell outta that.

I haaaate it when teams go up against something magical and it thwarts them because they don’t have a spell slinger with them. Then we get an obligatory guest appearance from someone magic-y like Constantine or whoever the appropriate wizard-off-the-bench is. I say “C’mon people, think ahead”! Z’s got the magical chops to take on big threats and can put the cranky buggers on the roster in their place. She kicks ass and would round out a new JL Trinity featuring Wonder Woman, Mera and herself.

Every team needs that one character that can “go there”. The person that can head into that dark place, make the tough decision and execute what needs to happen. Basically, every team needs someone from The Omega Men. Enter Tigorr, the badass who will do whatever needs to be done to execute the directive of the mission. He’d be a fantastic foil for the members of the team who have morals, and when it’s time for throwing down, Tigorr’s the….Tigorr for the job.

If you’ve made it this far, you may have noticed a theme….this roster is full of either kickass female powerhouses (Big Barda is the alternate sub-in member for when someone is dead/missing in action) or cantankerous, grumpy bastards. Swamp Thing falls into the latter category, and he’s also a mega powerhouse. I love the ties to the Green, and how his agenda would often times conflict with anything else that may be occurring….and you know Elijah and Swamp Thing have history…somehow.

Tune back in tomorrow for the next three rosters the Comicosity team have devised — surprises are coming! Be here!