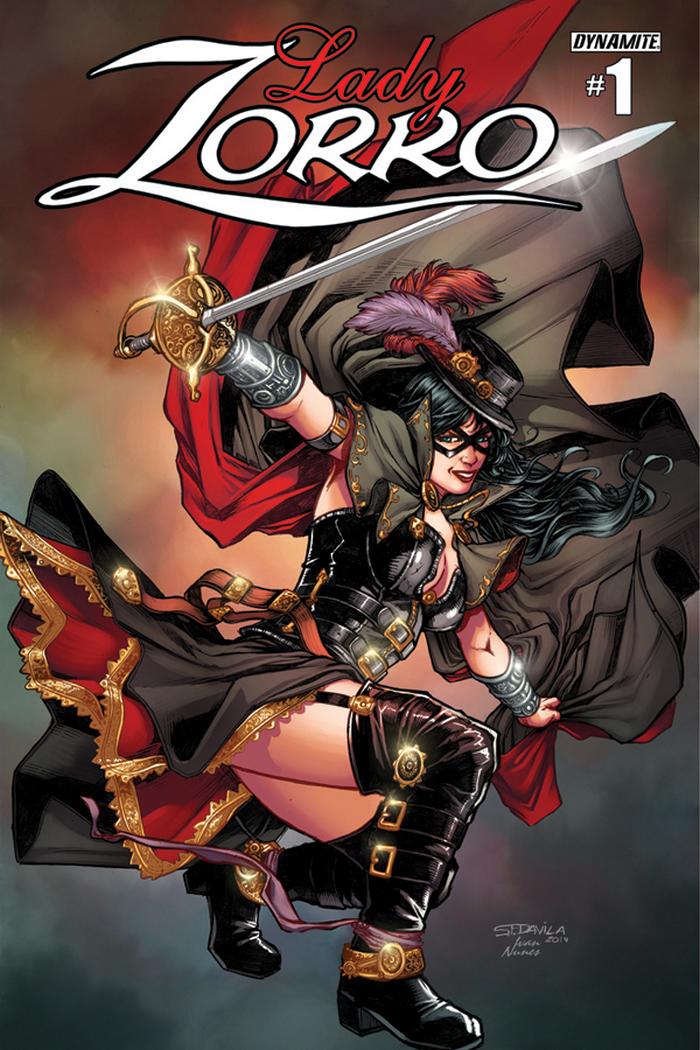 “I’m thrilled to be able to take on Lady Zorro,” says writer Alex De Campi. “She’s such a clean slate, having only appeared in three issues of the main Zorro book, and as a kid who grew up devouring swashbuckling adventure stories, being able to have my own lady heroine with a sword is like a dream come true. For those that don’t know much about her, she’s a Spanish gal whose family was killed by soldiers and, burning with vengeance, she decides she will become… a fox (Zorro means “fox” in Spanish). Unlike the noble, never-kills-if-he-can-help-it Zorro, Lady Zorro is a bit more bloodthirsty. We’re joining her in exile up the coast of California, where she is cultivating roses… and forgiveness.”

In the new series, Lady Zorro is called back to Alta California to recover a sacred Indian war axe, stolen by mercenary soldiers. Only she can stop an all-out war across the ranchos, and more deaths like the one that consumed her family…if she can stay on the mission. When an opportunity for ultimate vengeance presents itself, can she ignore it? Will the raging fire that drives Lady Zorro consume her… and all of Alta California with it? What follows is a violent, sexy tale of intrigue and swashbuckling as the female Fox must use all her wits and skills to get herself out of trouble.

De Campi expands upon the premise, “A wicked Spanish countess is buying up the local ranchos and has hired German mercenaries to wipe out indigenous peoples so she can have a vast cattle ranch. The evil countess has even tried to get her hands on Zorro’s estates, so he must go back to Spain to try to stop her. But before he leaves, he recruits Lady Zorro to pick up her sword and mask once more, and steal back the important Indian artifact that would hopefully avert war between the Spanish settlers and the Indians.”

“I’ve wanted to work with Alex De Campi for quite a while,” adds Dynamite CEO / Publisher Nick Barrucci. “Lady Zorro is a new character with endless possibilities, and there’s no better writer than Alex to spearhead Lady Zorro into the future!”

Alex De Campi is an acclaimed comic book writer, known for such titles as her 2006 Eisner Award-nominated miniseries Smoke, her manga series Kat & Mouse, and her celebrated, most recent work, Grindhouse: Doors Open at Midnight. She adds, “I’m going to bring to the Lady Zorro story many of the elements that fans love in my Grindhouse books — sexiness, violence, and impressively gory deaths — as well as my penchant for very original, exciting set-piece action sequences. Swords, corsets, cleavage, dismemberment. What’s not to like? I always feel a lot of books on the shelves tease with sexy covers, and then the insides are a bit of a letdown. This book, we will deliver. I give you my word!”

Lady Zorro #1 will be solicited in Diamond Comic Distributors’ May Previews catalog, the premiere source of merchandise for the comic book specialty market, and slated for release on July 16, 2014. Comic book fans are encouraged to reserve copies of Lady Zorro #1 with their local comic book retailers. Lady Zorro #1 will also be available for individual customer purchase through digital platforms courtesy of Comixology, iVerse, and Dark Horse Digital. 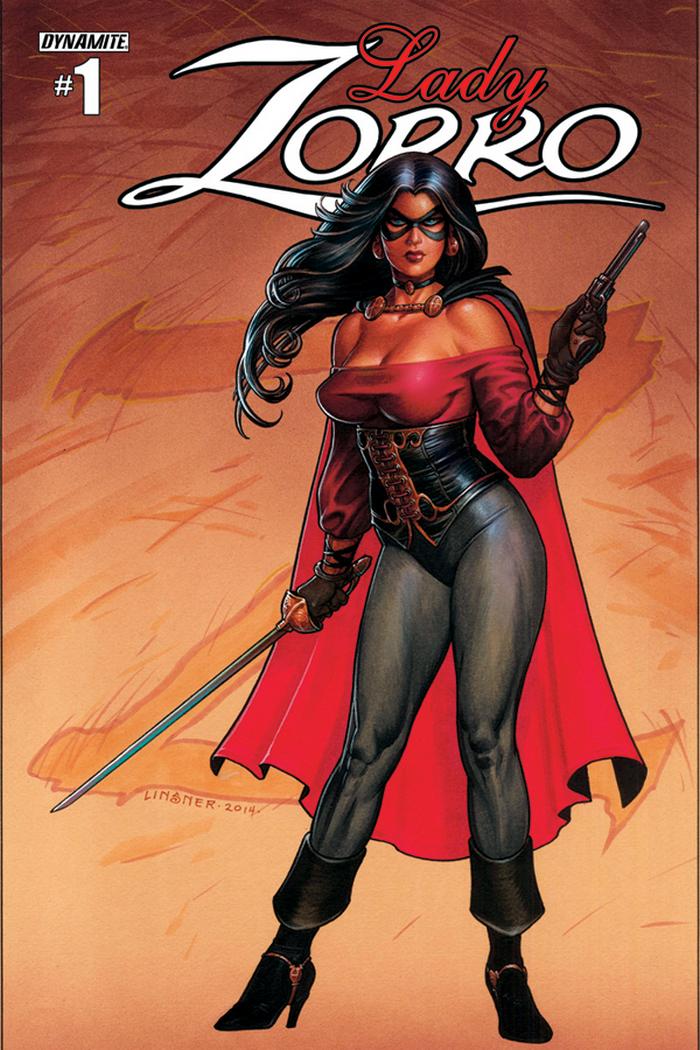 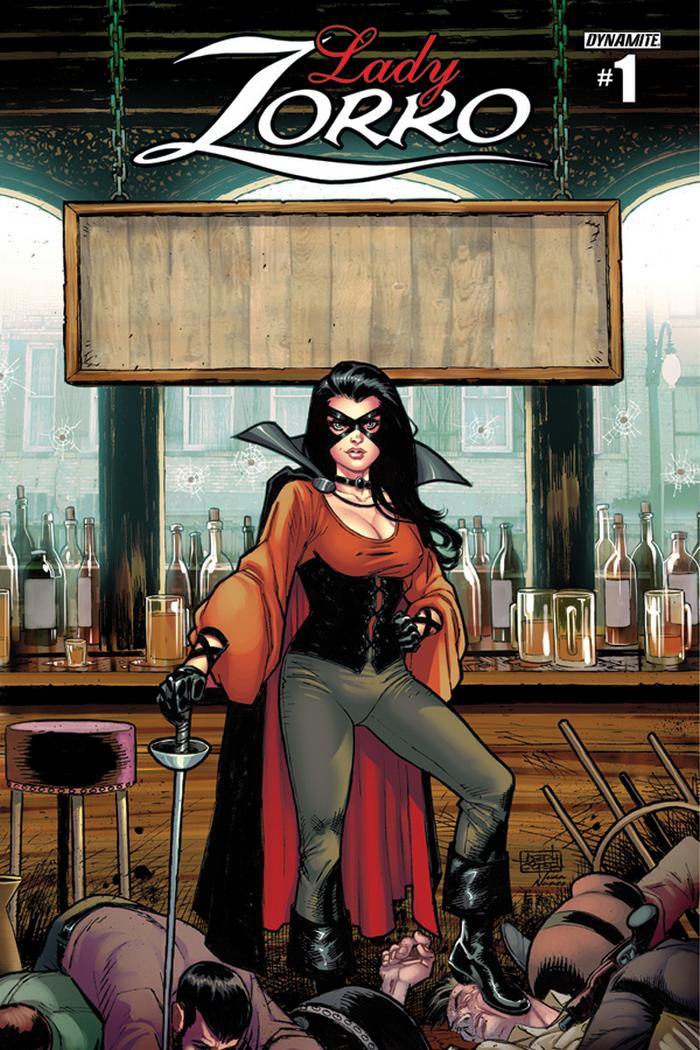