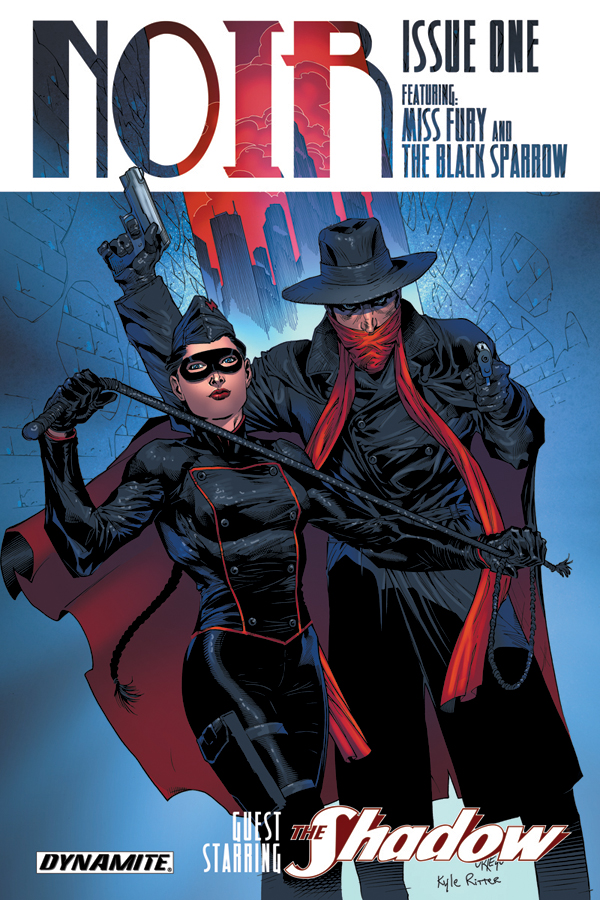 August 15, 2013, Mt. Laurel, NJ:  Dynamite is proud to announce the November release of Noir, a new comic book miniseries that unites Miss Fury, one of the first female superheroes, with the Black Sparrow, a villainess featured in the bestselling comic series, The Shadow.  Written by acclaimed crime novelist and respected comic author Victor Gischler and illustrated by Andrea Mutti, Noir is a five-issue crime drama with supernatural elements, including an appearance by the ever-mysterious Shadow himself.

In the first issue of Noir, the Black Sparrow, a mercenary and thief who had previously fought and loved The Shadow, is hired to steal the mysterious Moon Stone from a New York museum.  Deciding to hold onto the precious jewel for a better payday, she angers her former employers and becomes a target marked for death.  Only the assistance of an old flame can keep Black Sparrow one step ahead her pursuers… but will The Shadow help the woman he once tried to kill?  And when Miss Fury, a dangerous and possibly unhinged heroine, enters the fray, will these three masked adventurers play nice… or go to war?

“Black Sparrow and Miss Fury are both sexy, dangerous women, and wouldn’t it be wild to get them together?” says writer Victor Gischler of Noir‘s genesis.  “If readers want the pulp vibe, this is the book.  If they’ve had a taste for the Black Sparrow in The Shadow, or Miss Fury in her own series, and if they want more, then this is the book.  And they should expect action, adventure, and intrigue… like the description right off an old pulp movie poster (which is just about right)!”

Miss Fury is familiar to audiences as one of the first comic book heroines of the 1940s, and more recently, from her reimagined appearances in two comic series from Dynamite: the pulp hero team-up series Masks (which featured The Shadow, Green Hornet, Zorro, The Spider, and more), and also her bestselling, self-titled solo series.  Black Sparrow is a newcomer to comics, introduced in Gischler’s celebrated run on The Shadow.  “(She’s) ambitious, a little wild.  She’s a bit numb to normal everyday life and needs to put herself in situations that make her feel a bit more alive.  But she’s also motivated greatly by simple, straightforward financial gain.  She doesn’t have supernatural powers, but is highly skilled with weapons and multiple fighting styles.  At some point in her past, she’s had some extremely intense training.”

The first issue of the five-part Noir miniseries is solicited in the September Previews catalog for preorder by retailers worldwide.  Noir #1 features a cover illustration by Ardian Syaf.  As a special incentive, for every 50 copies ordered by retailers, they will receive a complimentary rare variant edition featuring Syaf’s black-and-white line art. 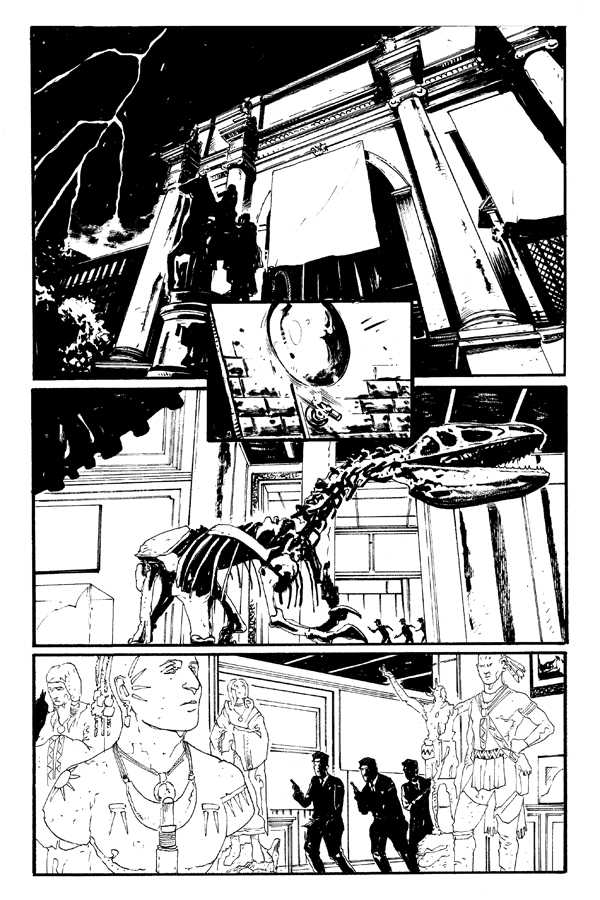 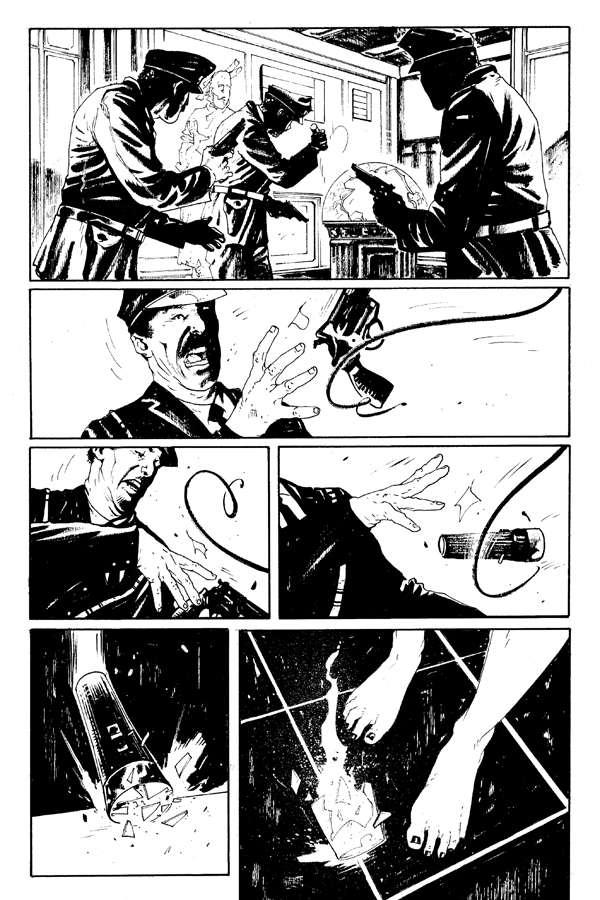 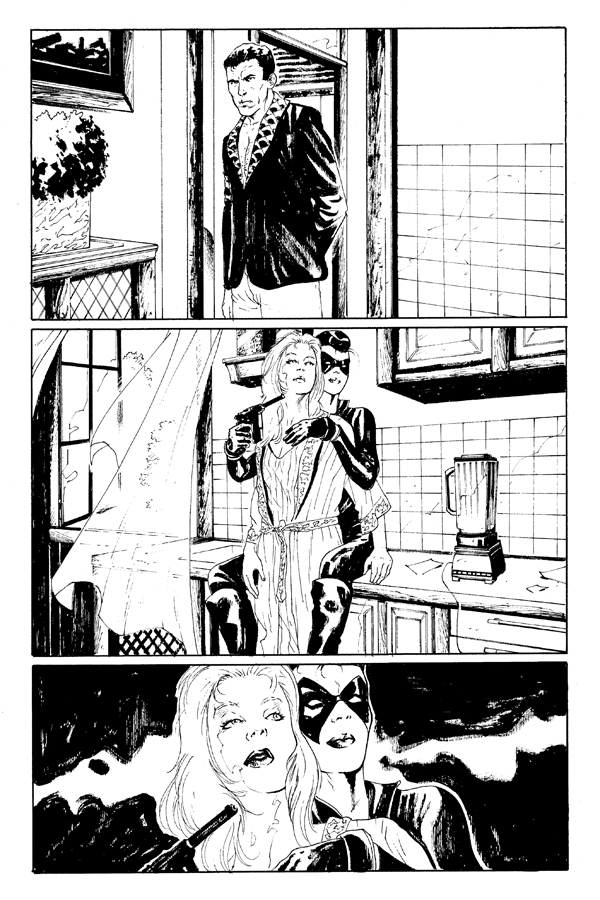 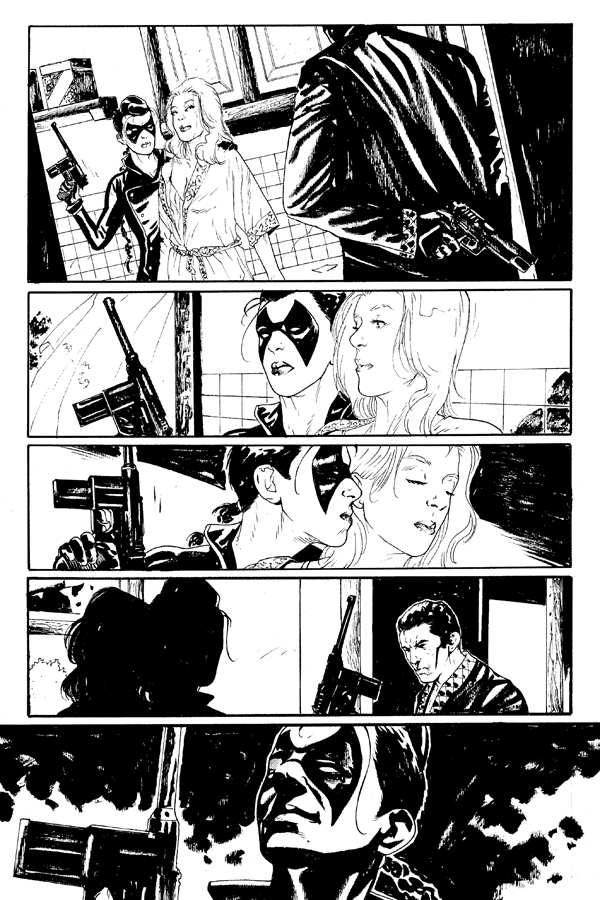 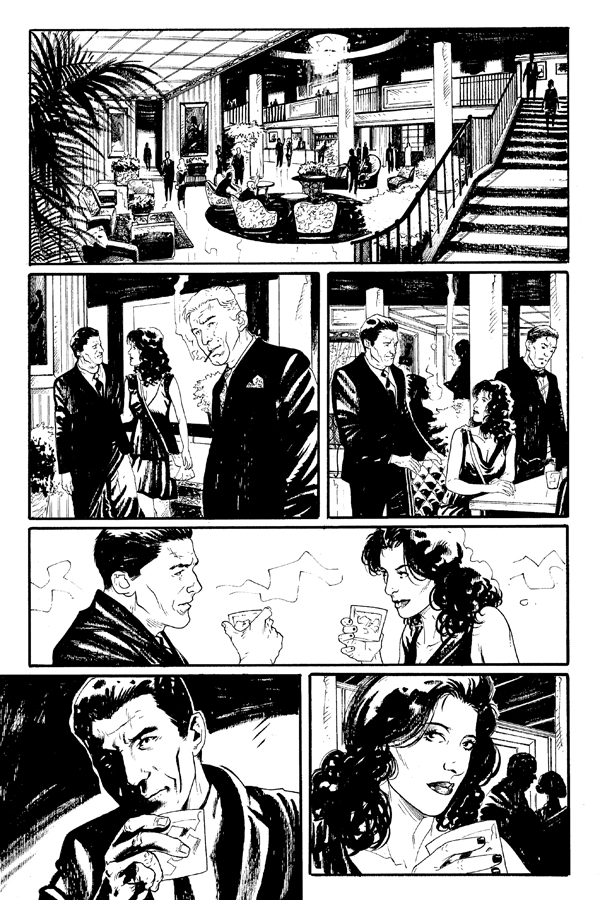