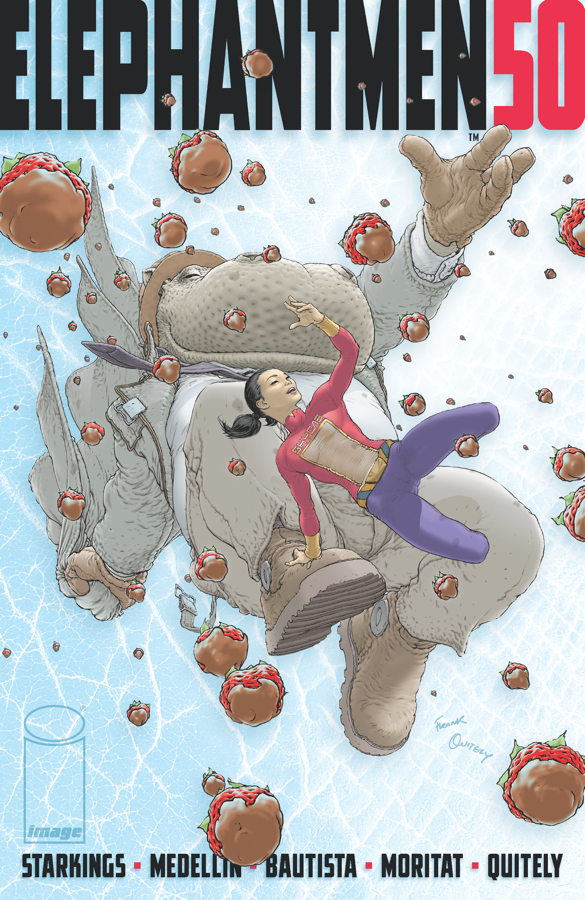 Image Comics has announced the fiftieth issue of Richard Starkings’ Elephantmen will hit stores in July. 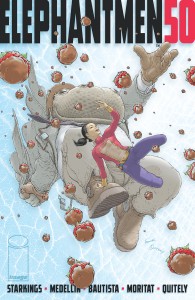 Following a group of human/animal hybrid super-soldiers who are struggling to integrate themselves into a society that is often hostile to their very existence, the series has gone on be collected into six hardcovers and trade paperbacks. It has featured art by Ladrönn, Boo Cook, Chris Burnham, Shaky Kane, and Axel Medellin, and the cover of ELEPHANTMEN #43 is among the work that earned Brandon Graham a “Best Cover Artist” Eisner Award nomination.

“Fifty issues! One more and ELEPHANTMEN is as old as I am!” marveled creator and writer Starkings, who also owns the well-respected comics lettering studio Comicraft. “When we launched the series in 2006, I thought maybe I had six issues in me, yet here we are, seven years later and six ELEPHANTMEN collections in stores and another in preparation for release this summer!”

ELEPHANTMEN #50, “Blue Collar Blues,” has a cover by renowned comics artist Frank Quitely, and comes after the close of the monumental “Sleeping Partners” story arc. It brings the story into the intimate sphere of one Elephantman, following his everyday life with its struggles and small triumphs. The issue is illustrated by series regular Axel Medellin and Gabe Bautista and also includes a re-presentation of ELEPHANTMEN #1, with art by Moritat, and a gallery of covers by Brandon Graham, Camilla d’Errico, J. Scott Campbell, Brian Bolland,, Chris Weston, Ladrönn, Ian Churchill, and Ed McGuinness.