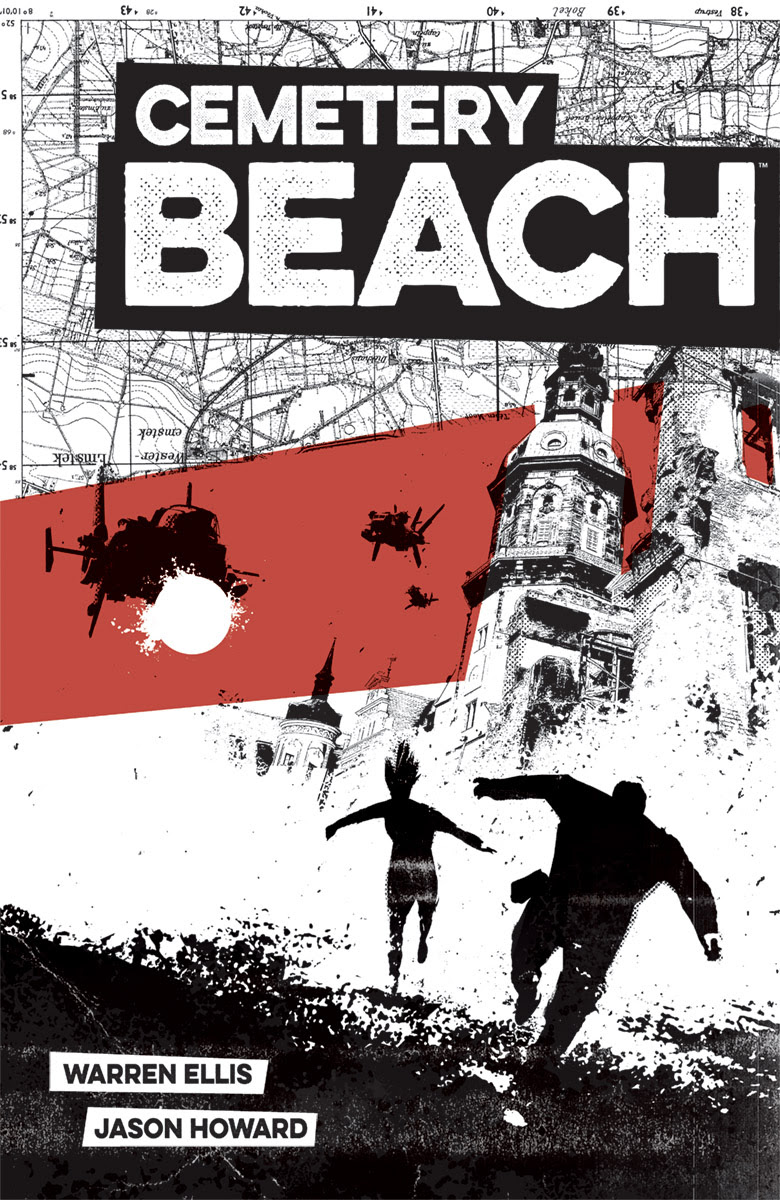 Warren Ellis and Jason Howard, the creators of the critically acclaimed TREES (currently being adapted for television), bring a high-speed, mind-bending new series in CEMETERY BEACH—launching this September.​

“​Jason wanted to do an action book, so I wrote something that starts with a conversation in an interrogation room, ignites four pages later, and doesn’t stop until the end of the final issue—which he’s drawing right now, so when issue #1 comes out, the whole series will be in the can,” said Ellis. “It might be the most relentless action book I’ve ever written.”

In CEMETERY BEACH, a professional pathfinder, his only ally a disaffected young murderess, breaks out of a torture cell in pursuit of his worst extraction scenario ever: escaping on foot across a sprawling and secret off-world colony established a hundred years ago and filled with generations of lunatics.

Howard added: “In Cemetery Beach, Warren wrote the perfect book for me as an artist. It’s an insane world filled with old future tech, cool characters, big explosions, and enough heart to make you care. It’s the kind of comics I love reading and REALLY love drawing.”