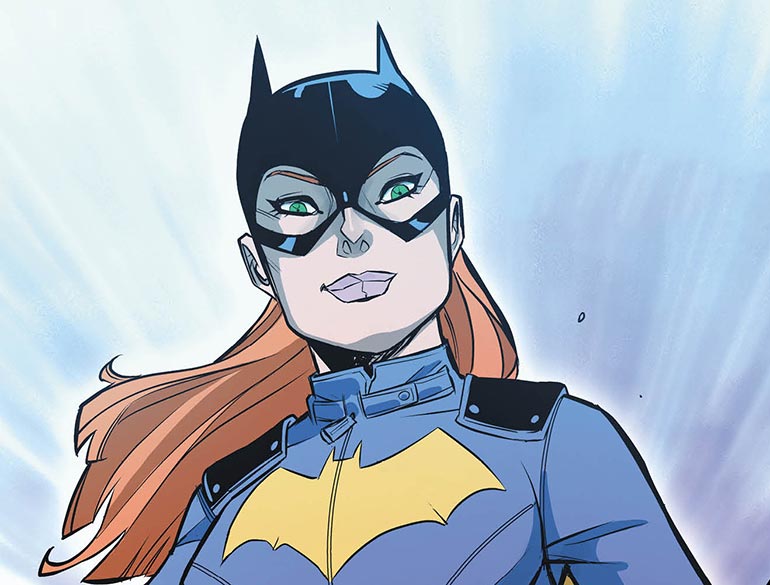 In some ways the creative template for so much of what DC Comics laid out in its past year of publishing, Batgirl has become synonymous with the idea of success earned through hard work and taking risks to try something new. With the last issue featuring the united creative team hitting stands two weeks ago, Comicosity got an exclusive interview with writers Cameron Stewart and Brenden Fletcher and artist Babs Tarr about wrapping up their stellar run on the Dominoed Daredoll, what they hoped to accomplish, and what they believe their legacy on the character — and the DC Universe — will be.

Matt Santori: Cameron, Brenden, Babs — thank you for taking time to chat in the wake of your final Batgirl issue together, #50.

Looking back at the days before issue #35, what did each of you hope to do with the book, and how do you feel about it a year and a half later?

Brenden Fletcher: I’m so proud of what we accomplished with our run on Batgirl. We worked hard to build a take that not only used iconic elements of the character, easily recognizable to a wide audience but to craft a corner of the world that didn’t contradict the New 52 while remaining self contained and easy to grasp for new readers. I think we did it! 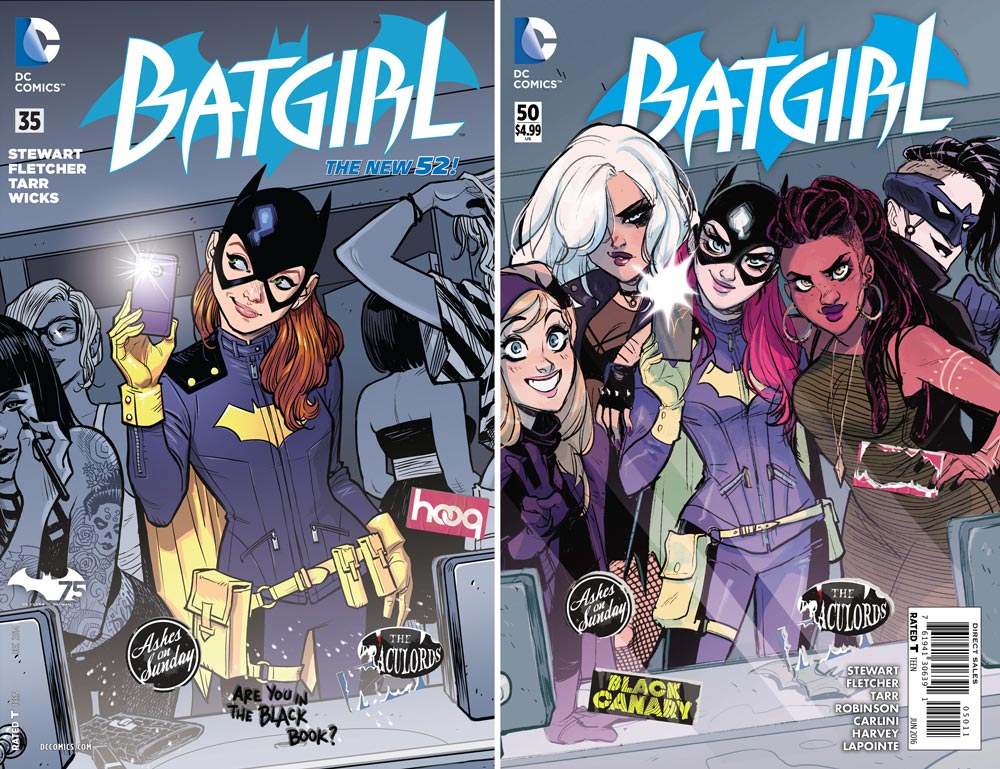 Cameron Stewart: The thing that I’m most proud of was demonstrating that the DCU didn’t need to be so one note, that there was room for a comic that had a different tone, that it didn’t need to be grim and gritty, and that it could find an audience – many of whom have cited it as an entry point into comics.

It was great to see it received so warmly and have such a devoted fan base. It’s a kick to see Batgirl of Burnside being brought into other media now – I was thrilled to see her appear in the Bad Blood animated film or the new line of toys and statues. Whatever happens in future, our run on Batgirl has very likely earned a permanent place in comics history.

Babs Tarr: I am still in complete awe that I got to draw Batgirl for DC comics. It feels like a crazy amazing dream I had. It’s hard to imagine my life before Batgirl! I am forever honored we got to be a part of her legacy for a little while. Love it or hate it I think we did something pretty cool and I’m super proud of what we did. I have learned and grown so much from working on this book artistically and personally. I will miss her dearly…! 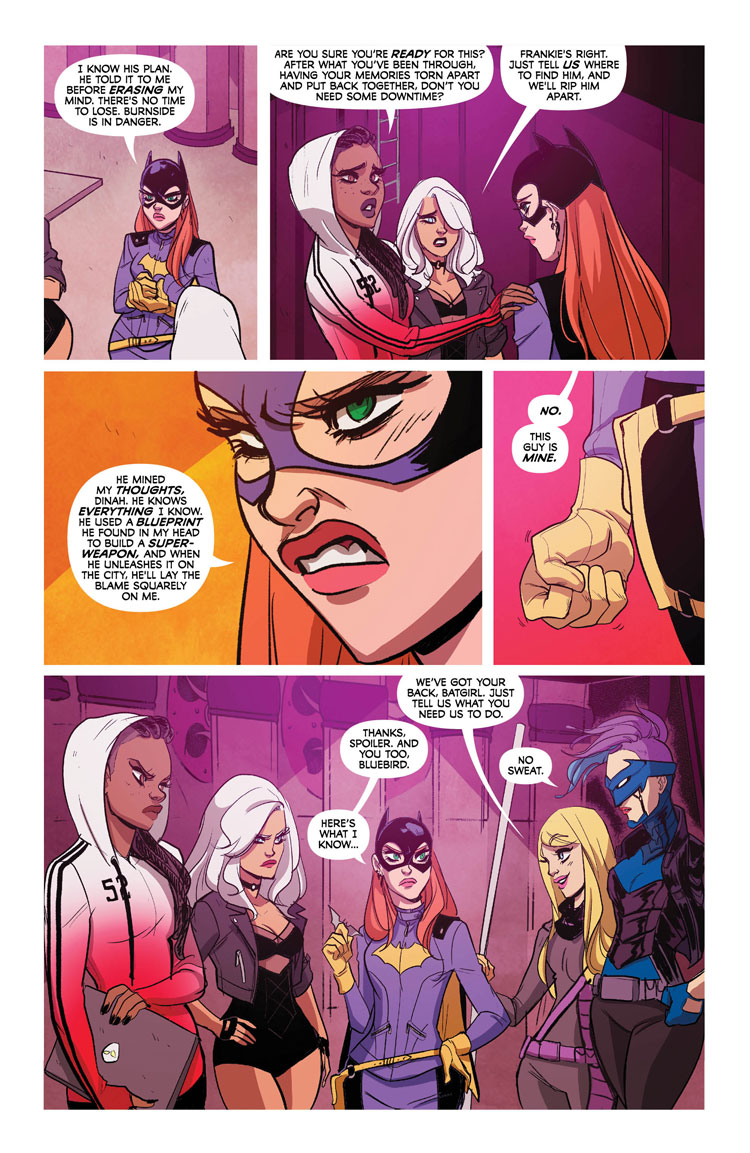 MSG: Let’s address the smiling elephant in the room. Tell me about the sequence in Batgirl #49 and your feelings about reworking Barbara’s history.

BF: I don’t feel we necessarily reworked Barbara Gordon’s history on the page so much as suggested that things in her past didn’t play out as readers might have thought they did.

We’re all aware how successful The Killing Joke is and how it’s become an essential title for DC so we were careful not to come right out and take it away from readers who feel it should remain vital in canon and continuity. The sequence is subjective and you can take from it what you will. Our remaining issues won’t address it one way or another. 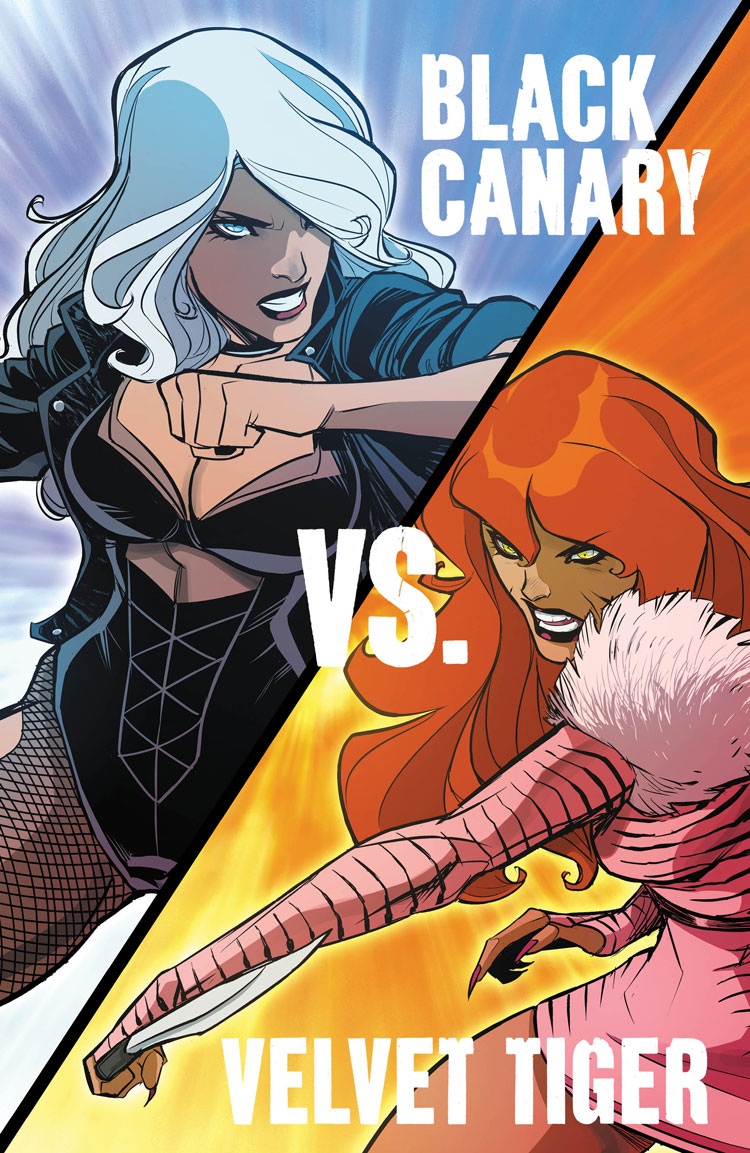 MSG: If arc one was about getting Barbara’s own happiness back on track, and arc two seemed to be about working that out with the people around her (Jim, Dick, Alysia), how would you all characterize this third arc?

BF: It’s about making hard choices. In a lot of ways it’s about accepting the tough parts of adulthood that sometimes race toward you unexpectedly, uncontrollably. It’s  also about how we value our memories of the past and how they shape us.

MSG: Barbara’s support system has played an increasingly larger role as the series went on, but none so much as Frankie Charles. What kind of hero do you see in Frankie and how do you feel she’s evolved for each of you?

BF: Frankie was always intended to play a large role. She was always supposed to take up the mantle of “she who can’t be named.” But she’s really turned into something so much more for us.

Not only is she one of the few characters who has seen all sides of Barbara Gordon, but she acts as the perfect counterpoint to the Babs/Dinah team. She’s a joy to write and is the character from this run I’ll miss the most. Thankfully she’s now in the hands of our talented pals, Hope and Rafa, who’ll take the best care of her ever. 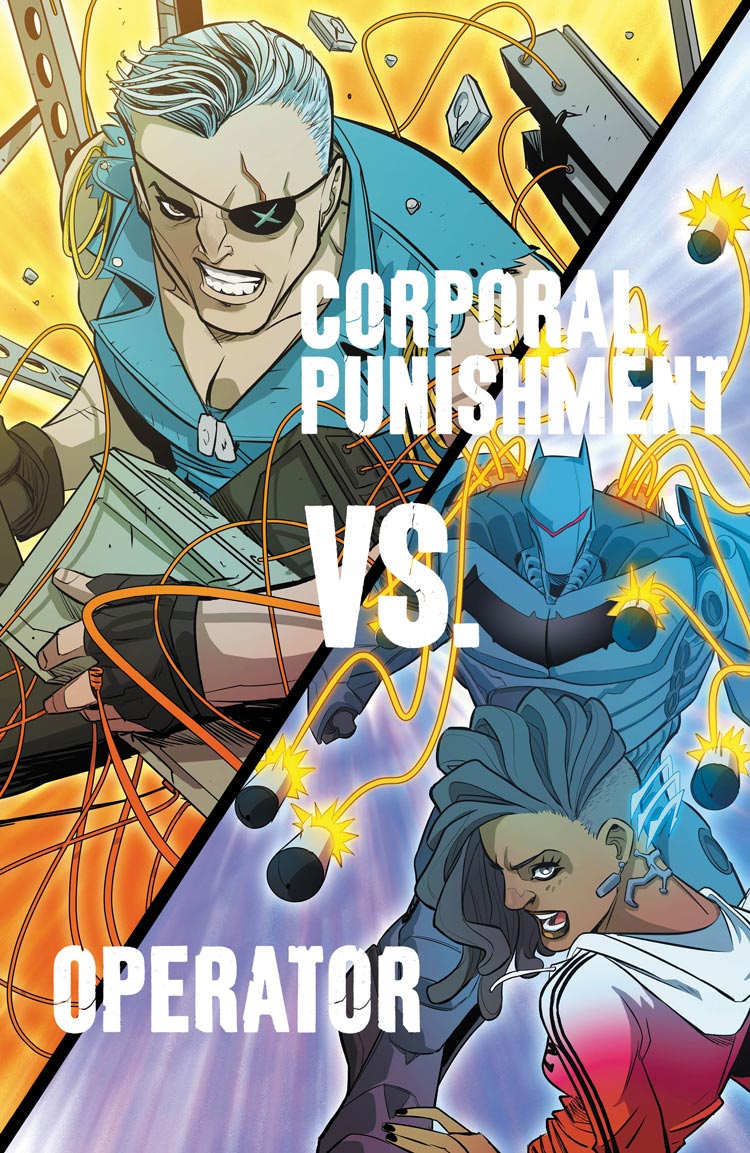 CS: Frankie is the character I think we all enjoyed working with a lot, a big reason for which is that she is the only one of the main cast that we created from scratch. All of the rest of the characters have a long and storied history, and carry a lot of baggage! With Frankie we didn’t feel the pressure to cleave to any expectations so we were able to write her freely.

From day one our intent was to have her become the new Oracle, but that name and role wasn’t available so we pushed her to different territory. I hope that future DC writers continue to include her! She’s a fun character. 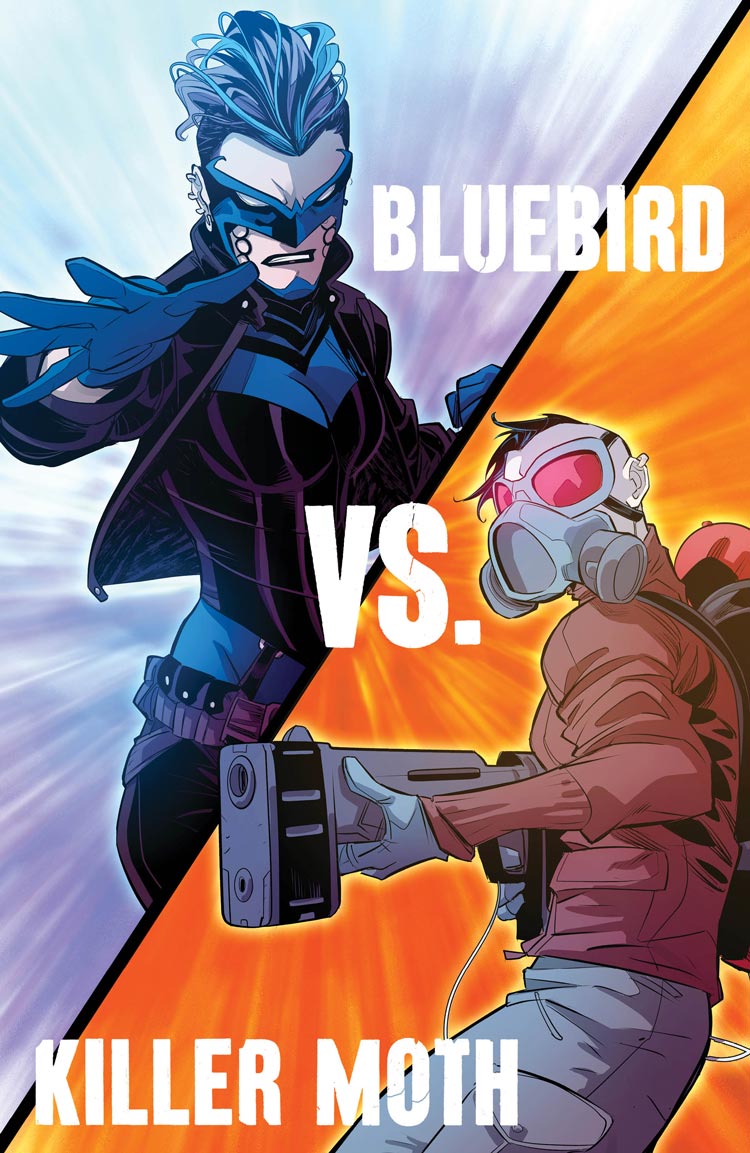 MSG: So much of your run, but particularly leading into Batgirl #50, has been less about Barbara’s physical prowess and more about her intellectual strength — to the point that she’s fighting even inside her own mind. How did developing that tactic evolve and what’s been your feeling on executing it visually?

BF: Batgirl is badass, as we well know, but she’s not the best fighter in the DCU. Far from it. Her real gift is her mind. So this was always going to be a series that explored that as her primary asset. Barbara Gordon will always be a brains-over-brawn character and that leads her to perpetually re-examine her path as a vigilante.

We leave our run presenting Babs with new opportunities, new paths that’ll cause her to call into question her future in the cape and cowl. Perhaps there are better, more lawful ways, to serve Gotham City?

CS: Batgirl is the only one of the Bat-family that can legitimately be said to possess a “super power” – her eidetic memory is an extraordinary ability that separates her from normal people. It was much more interesting to us to explore that in fun ways, than focus on just physical fighting prowess. Baked in to our pitch from the beginning was our intention to use visual language to represent it, rather than caption narration. Again, it’s a technique that I hope sticks around after we go — it’s part of the fun of comics. 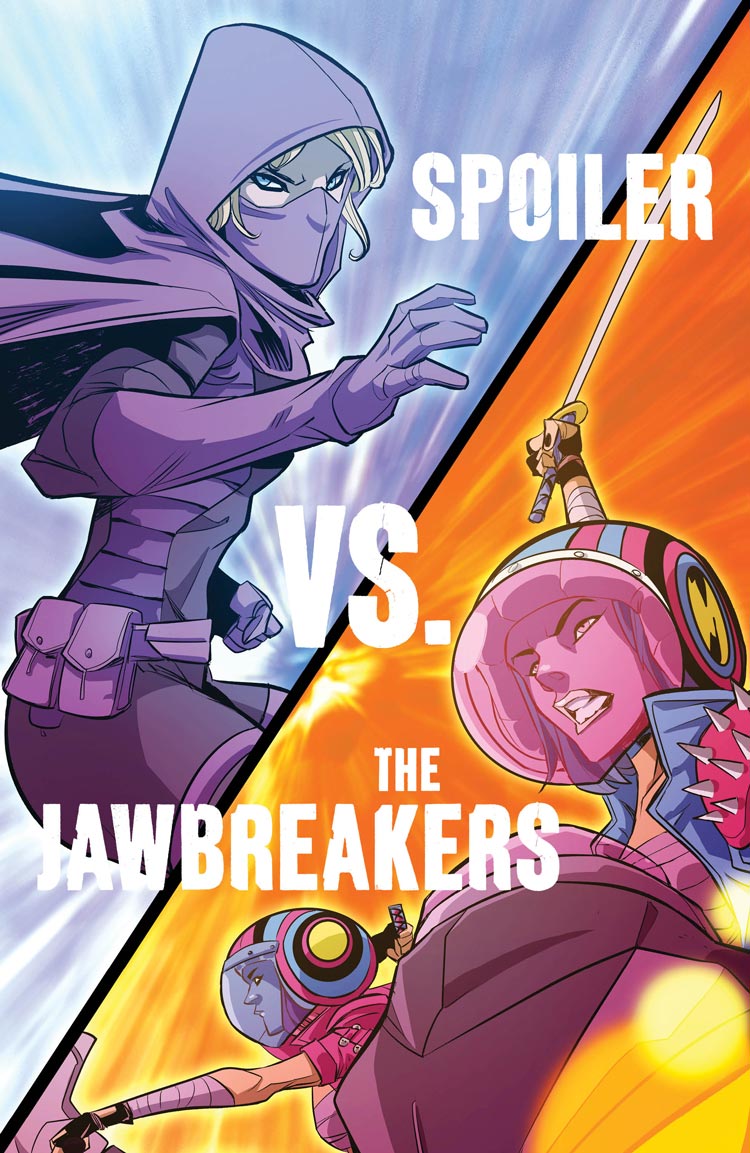 MSG: When you launched your Batgirl run, the internet flooded with a seemingly unending stream of Burnside-inspired Batgirl art. A year and a half later, artists alleys are filled to the brim with professionals drawing your Batgirl, and DC is doubling down with multiple pieces of merchandise.

What do you think is the spark that’s made your vision a such an instant classic for the comic market?

BF: A youthful, light, accessible take on the character combined with a modern and quite stunning costume design. Cameron had ideas for a redesign from the beginning and his first pass at it came close to nailing it. Babs really drove it home with her tweaks — the detailing and fit of the clothes and the looser, natural hair. It impressed at the outset and holds up nearly two years later!

CS: I never had any doubts that the costume (and by extension the whole approach to the title) was correct. I had such a clear concept for it – ably aided by Babs – and wasn’t surprised as much as vindicated when it really hit home with the audience. The fact that it has remained unaltered into the new Rebirth line is, to me, very gratifying and again testament to how well it resonates. 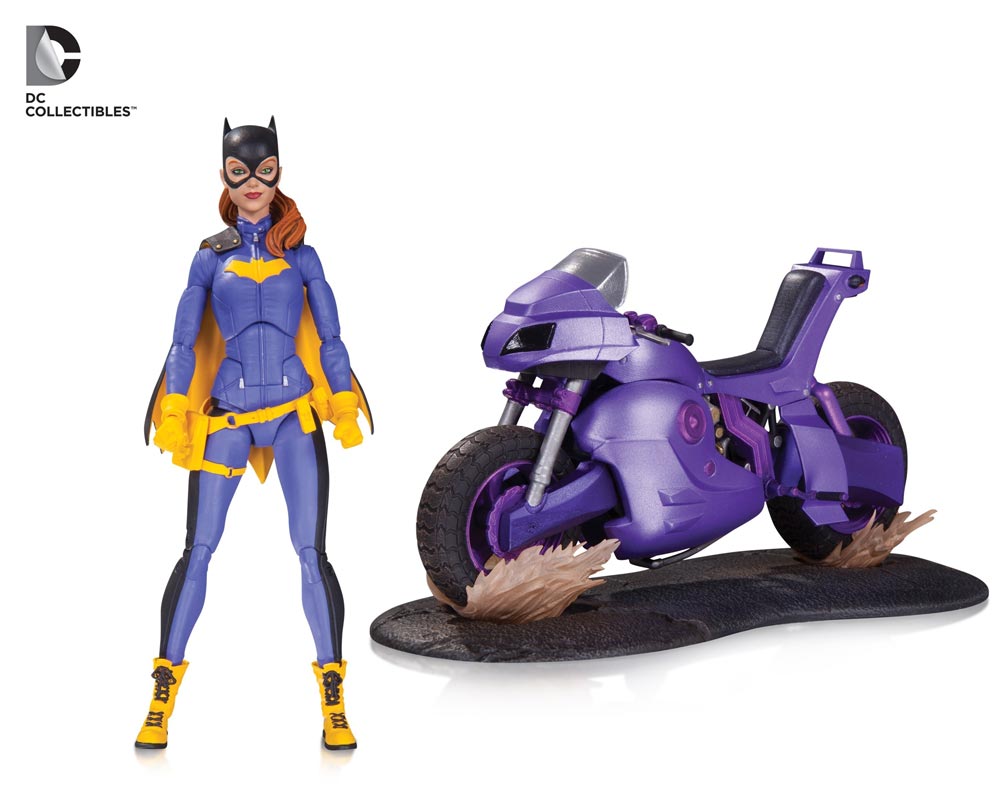 MSG: Any concluding thoughts on Burnside, your partnership with each other, or Barbara herself?

BF: I’m so thankful to have had this incredible opportunity to work on this amazing title with these people I love and I’m endlessly grateful for every single person who’s been reading our Batgirl and enjoying it. Thankful for every person who comes and talks to us at cons, who shares their comics with others and their stories with us. It’s been such an unbelievable, wild ride these past couple of years. While it’s been one of the toughest things I’ve ever done, I wouldn’t change a thing about it.

CS: I’ll also list this as one of the most difficult projects I’ve ever had to work on, for a variety of reasons. But having people – especially young girls and women, an audience typically underserved by the comics industry – tell us how much it means to them, how we’ve provided a doorway into comics for them, makes everything worthwhile. I’m also really glad that this was a doorway for Babs (Tarr) into the industry! She’s arrived like an atom bomb and it’s so great to know that she’s just at the beginning of her career. 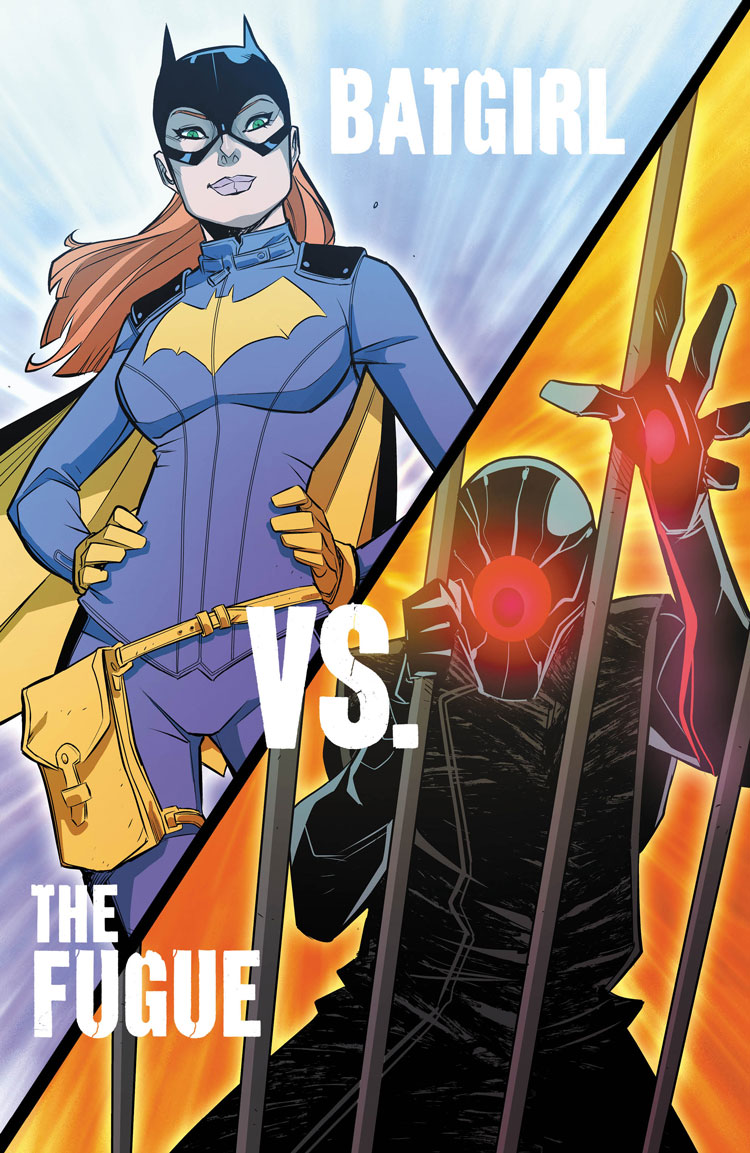 BT: Batgirl was the most hard and scary and rewarding and amazing and special thing I’ve ever been a part of and I wouldn’t trade my time on the book and getting to work with Brenden and Cameron for anytime in the world!

There are still two more issues of Batgirl before Rebirth — #51 and #52 — written by Brenden Fletcher, arriving this and next month. Keep your eyes peeled for the terrific trio’s next project together: a brand new series at Image Comics called Motor Crush!