DC Comics has shared its EXCLUSIVE preview for next week’s penultimate issue of Bug! The Adventures of Forager, guest-starring O.M.A.C.! Scroll down for full sized preview images.

In this issue, Bug’s pursuit of Chagra takes him not to the past but to a strange future: The world that’s coming! The latest reality shard pings Bug into OMAC’s timeline at a point where things look dire for Buddy Blank. Is it possible that Buddy’s family is the key to this whole thing? You could say that Chagra’s scheme just might be a Blank slate! 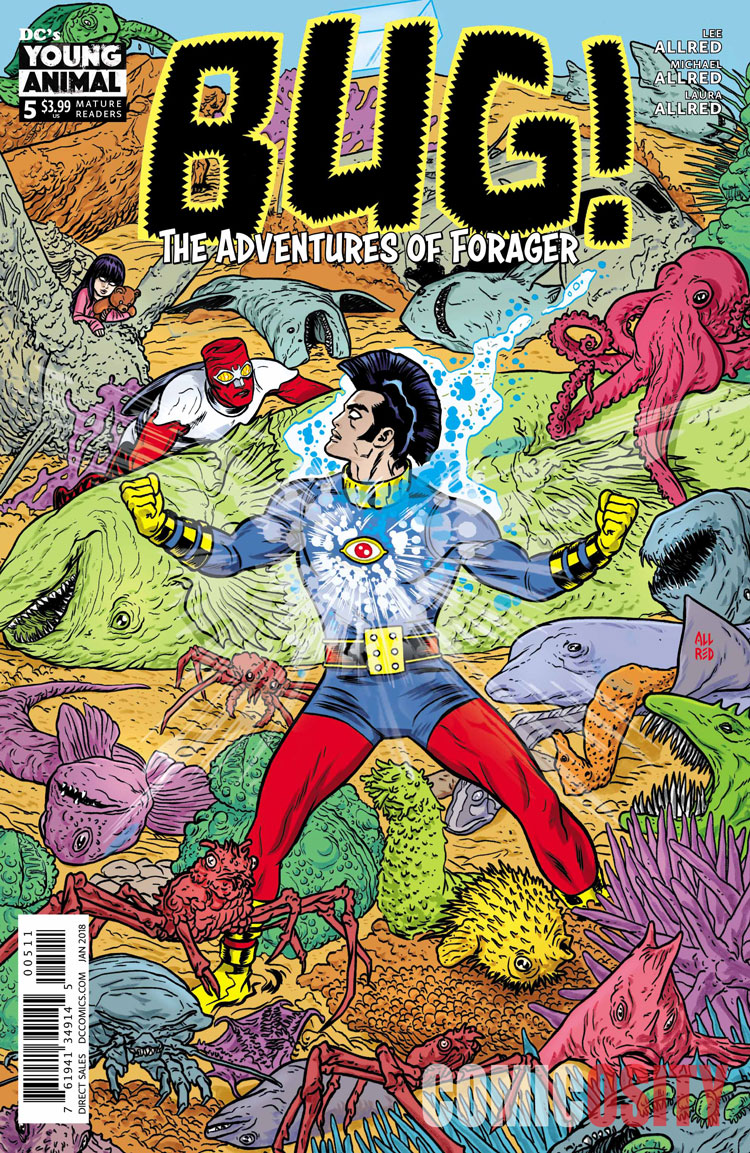 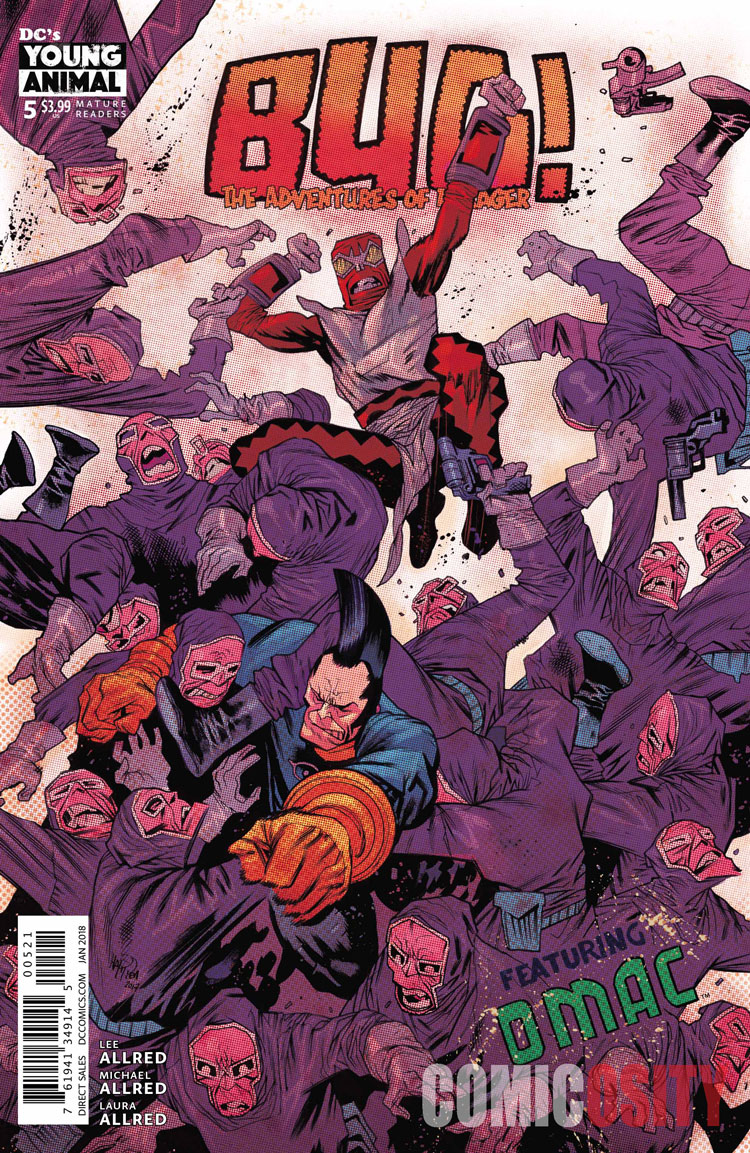 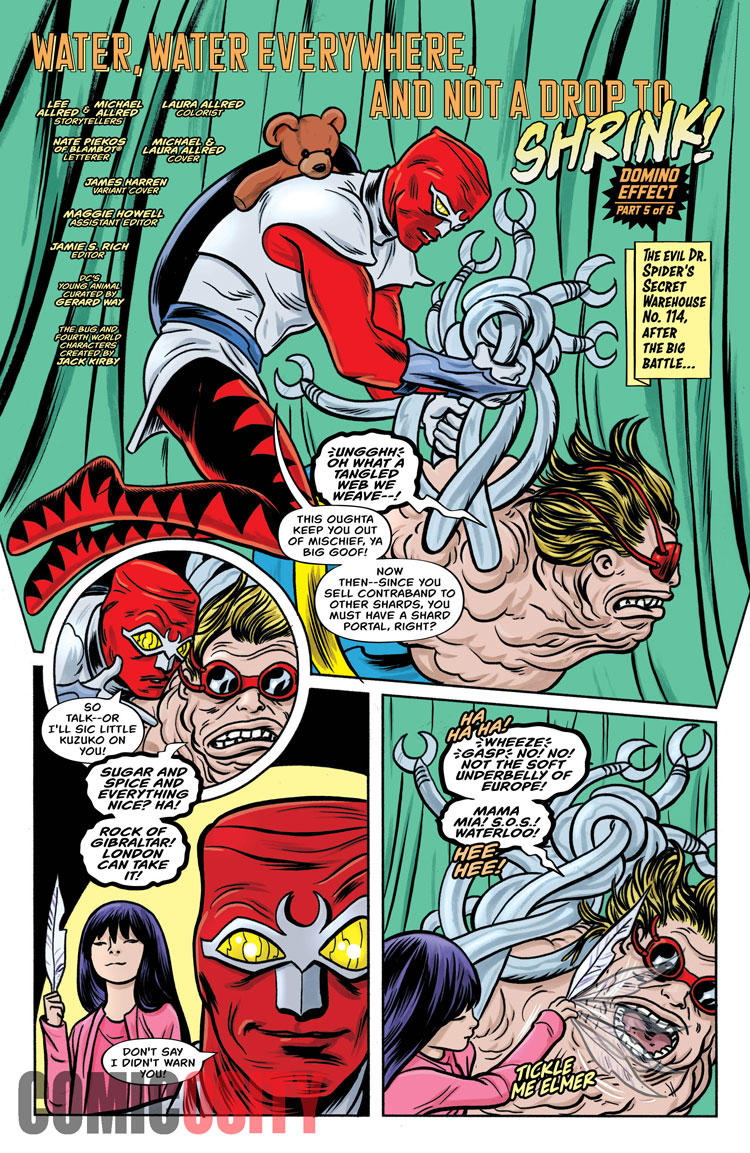 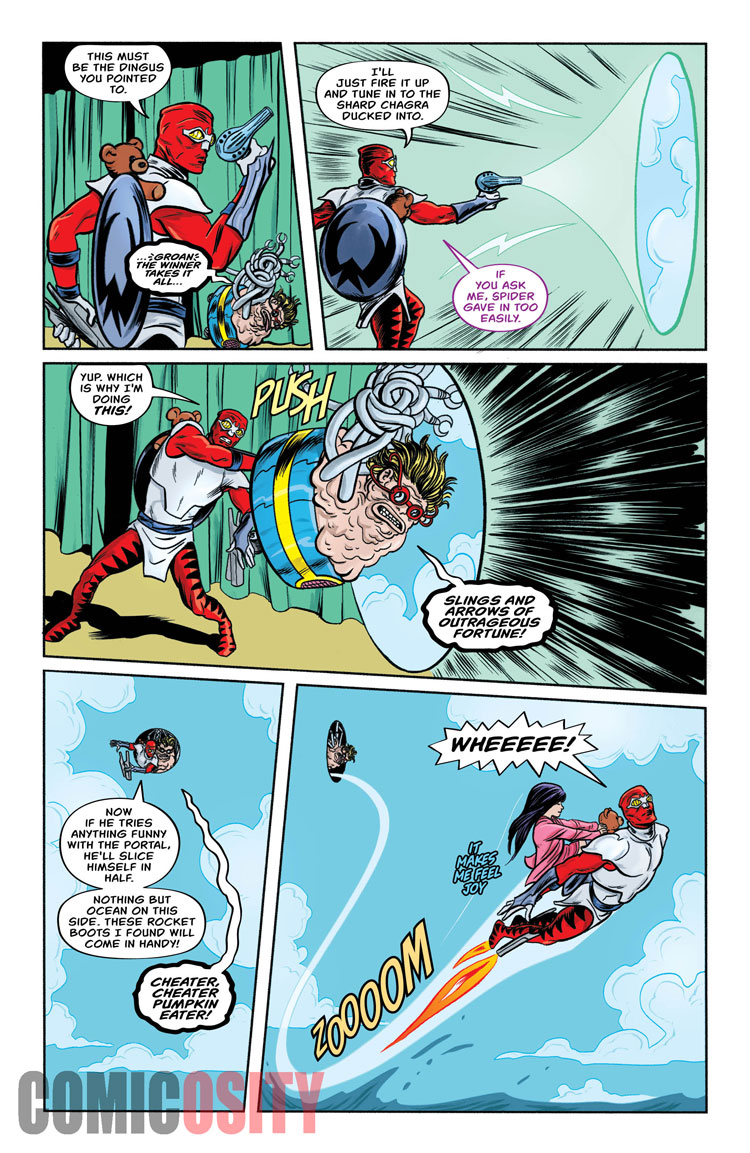 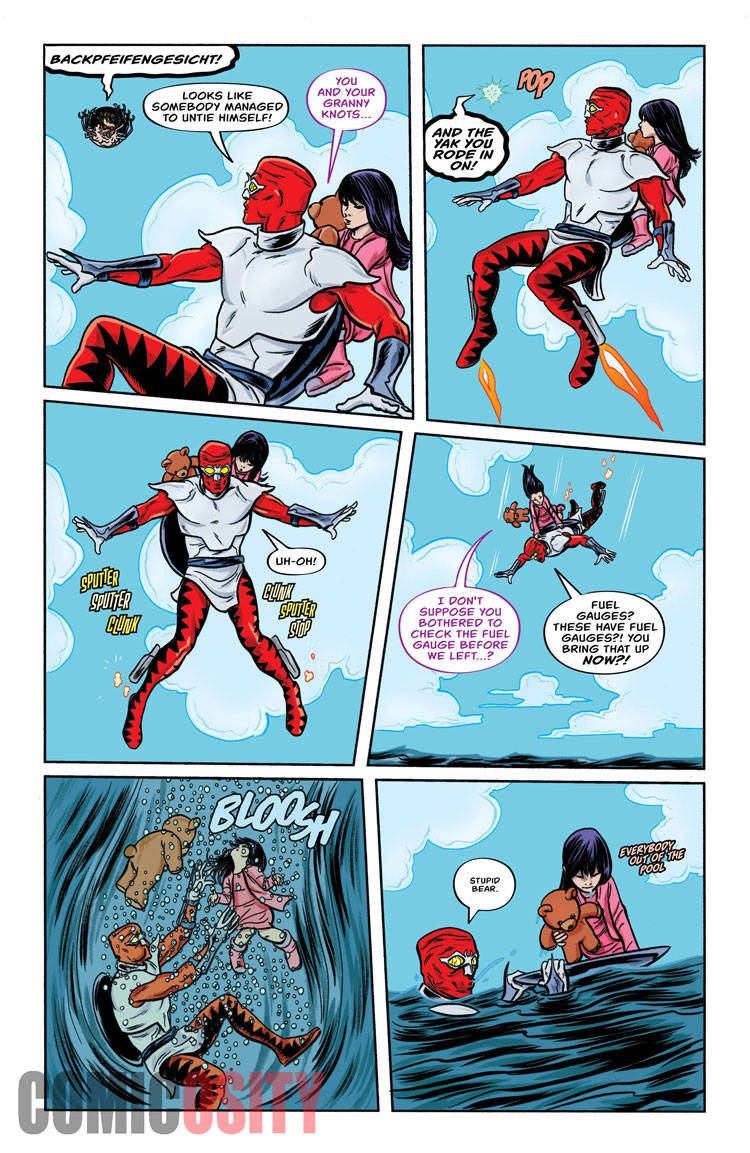 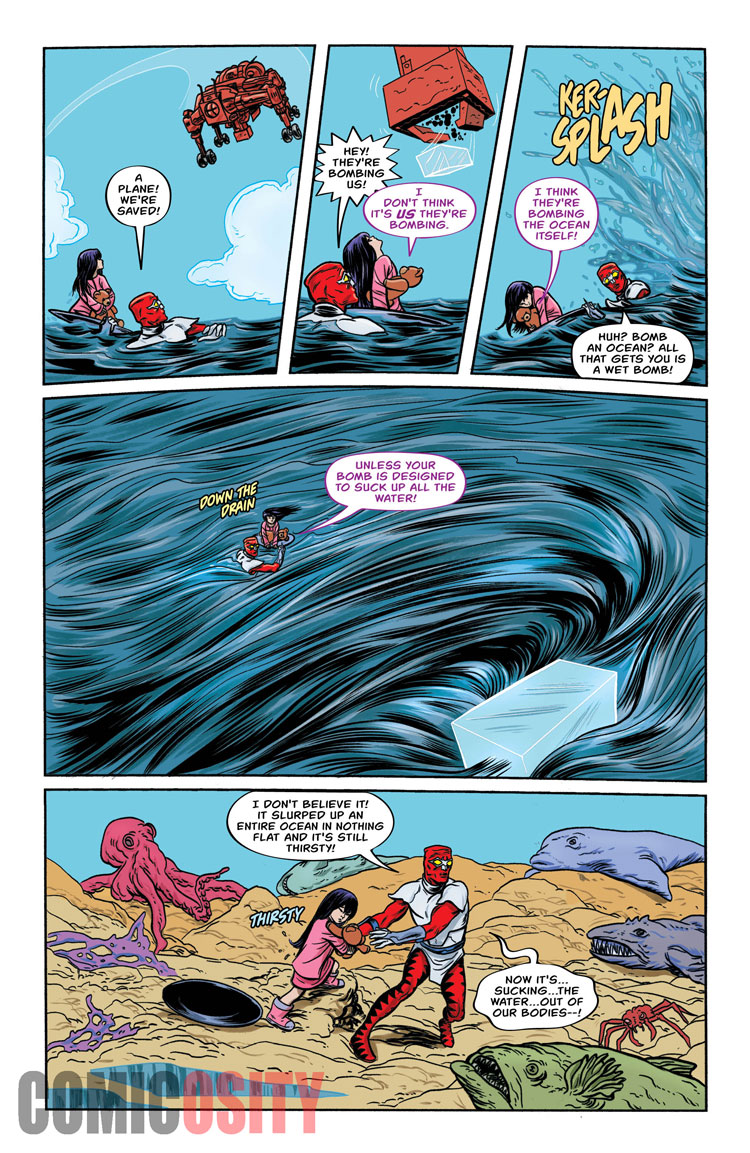 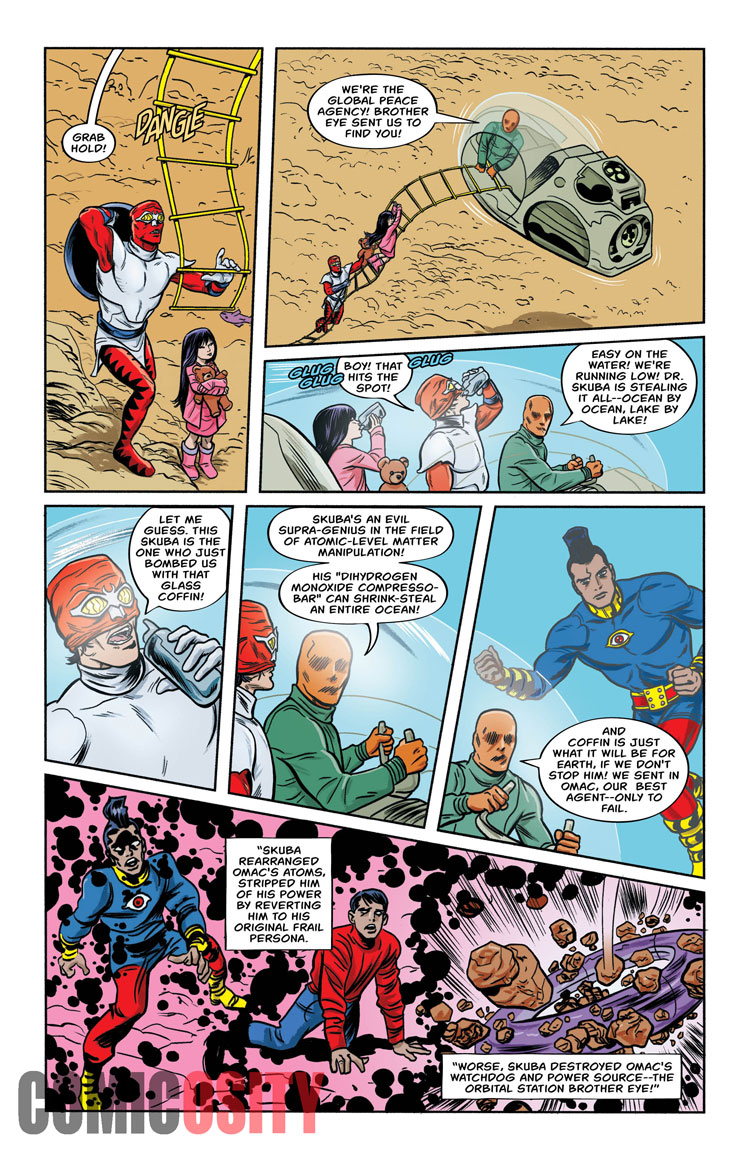