“SINGULARITY AFTERMATH” finale! Detroit is under attack by Anomaly and his deadly collection of cybernetic monsters! Together with Black Narcissus, Cyborg faces off against Anomaly’s army—including Vic Stone’s opposite number, the cybernetic soldier Aldous—in the final showdown between man and machine. 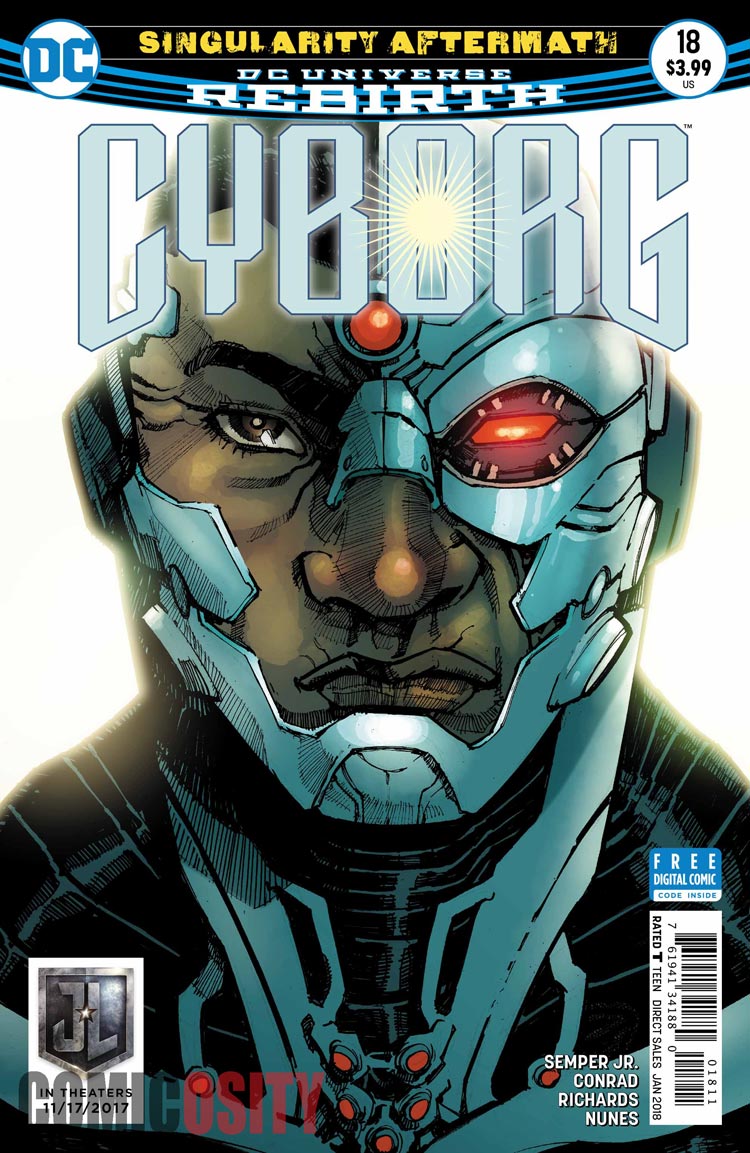 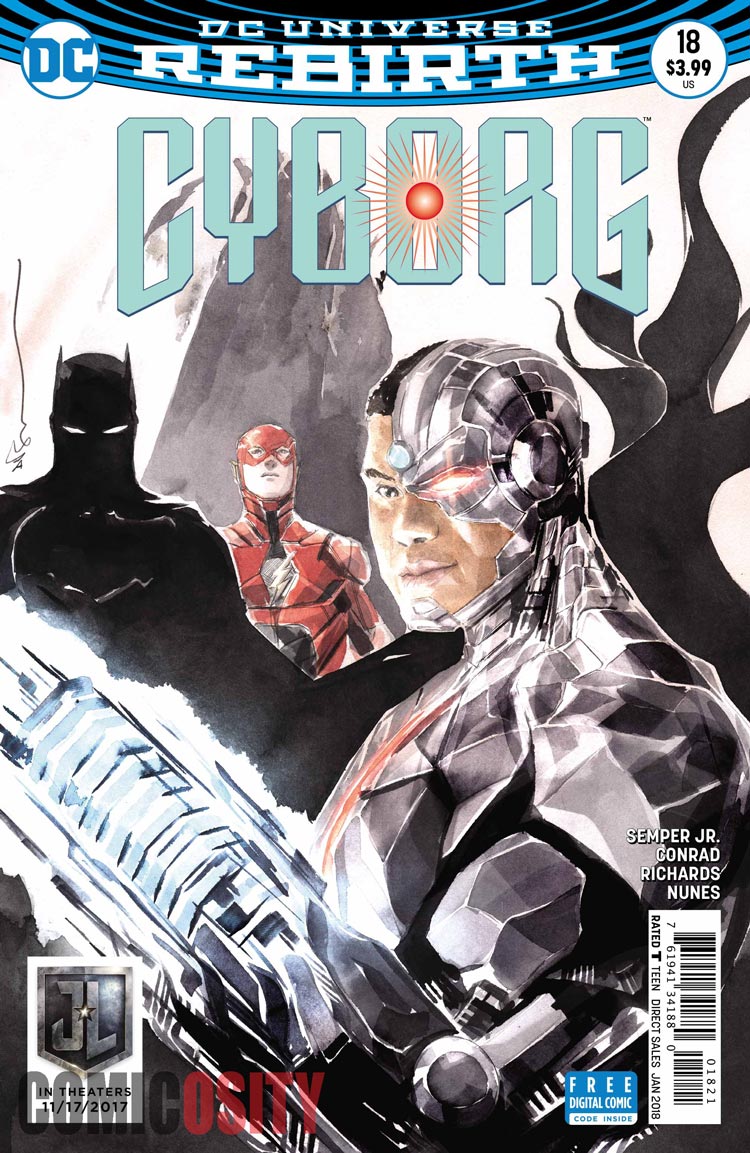 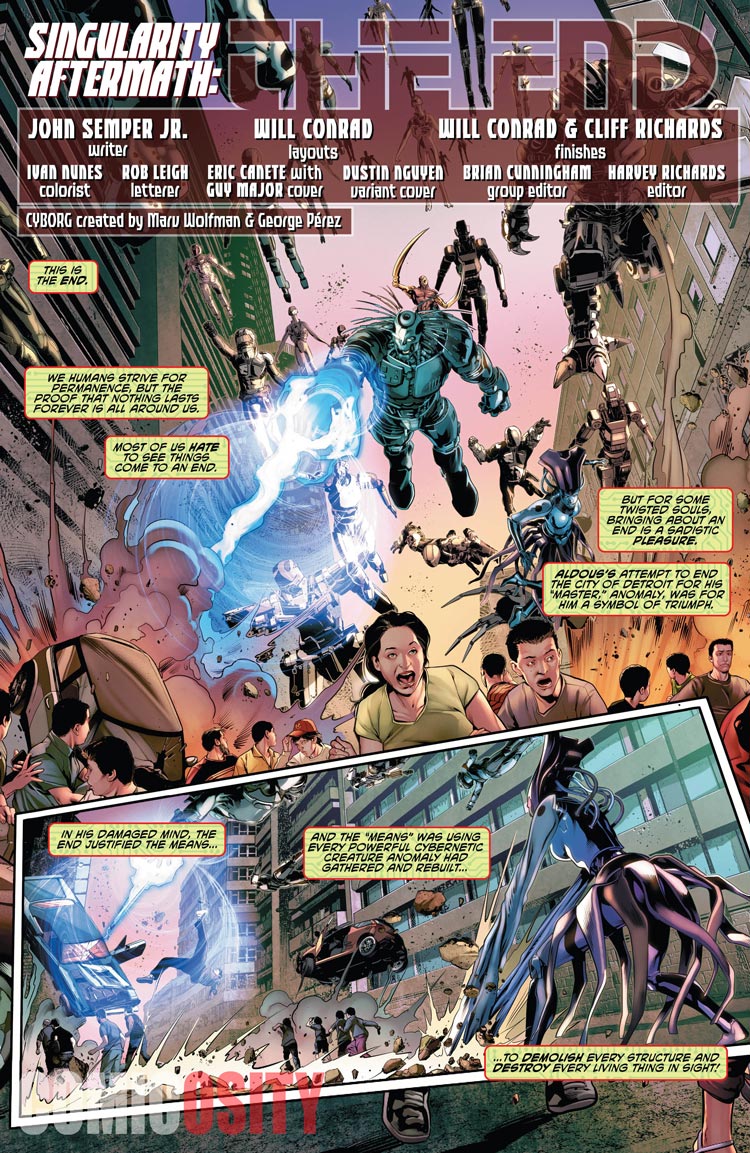 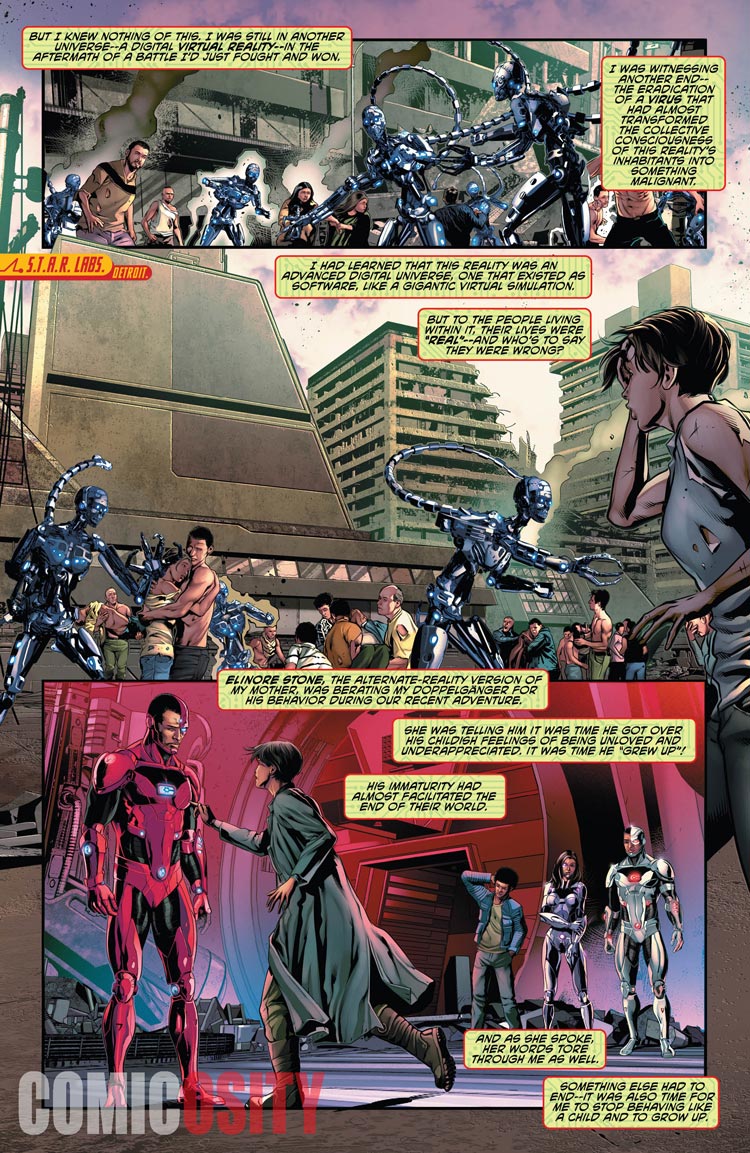 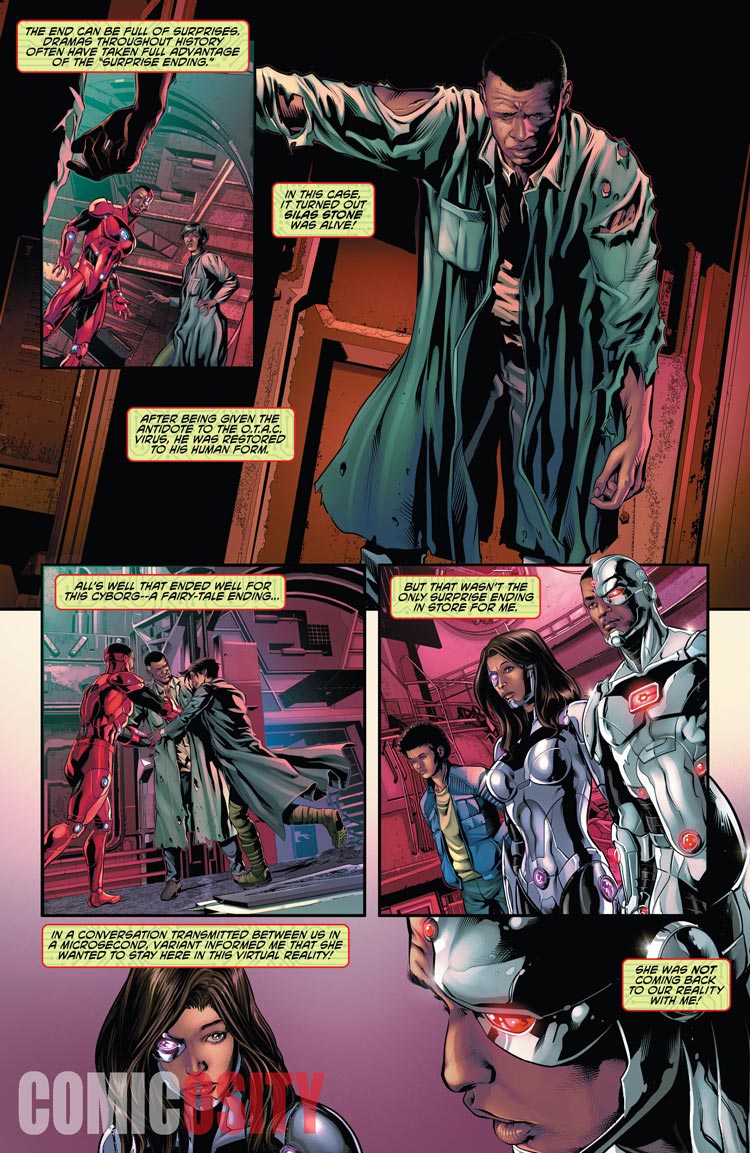 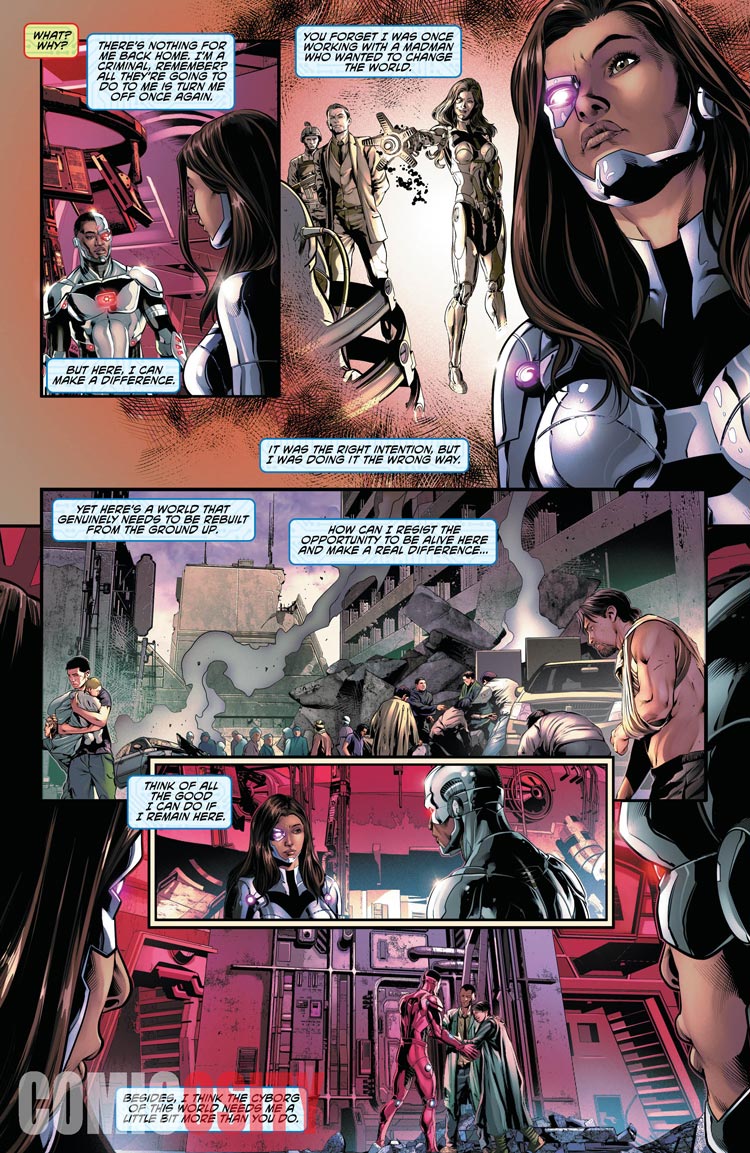 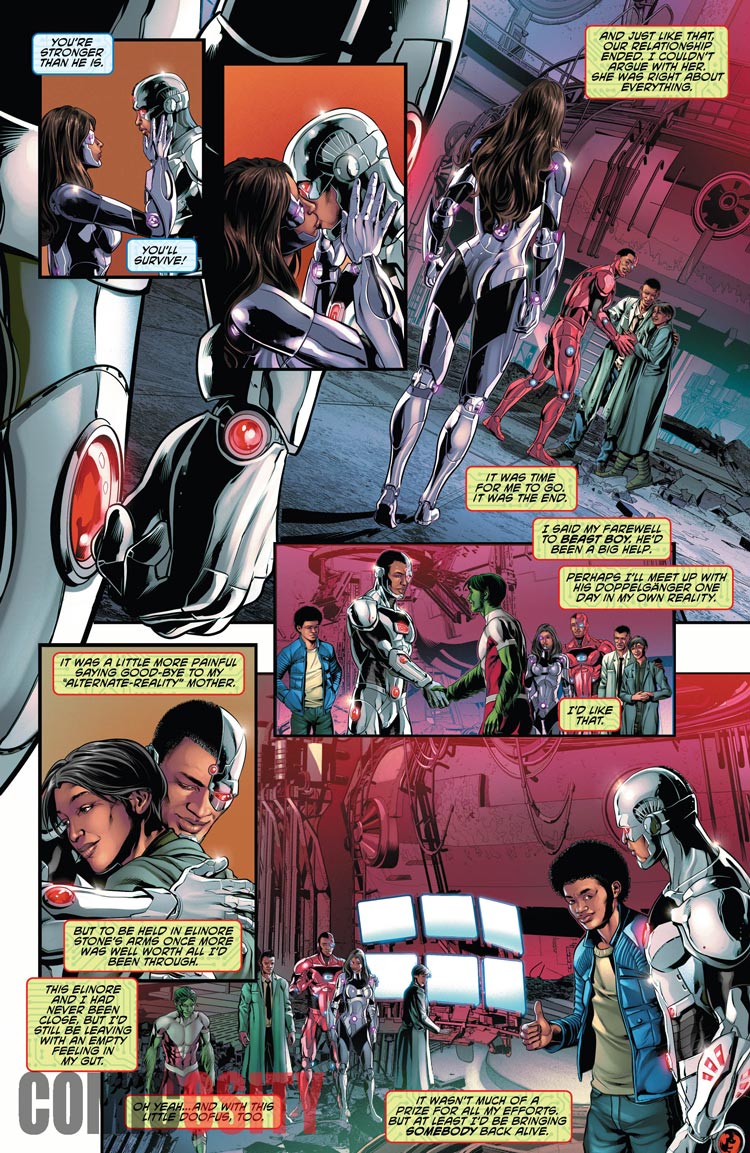