A few weeks ago, I had the opportunity to sit in on Marvel Comic’s spotlight panel at Flame Con, GEEKS OUT’s queer-focused comic book convention in Brooklyn, NY. The subject was ostensibly queer representation, but the focus was sharp on Sana Amanat’s work in developing Ms. Marvel… and writer Sina Grace’s current run on one of Marvel’s premier queer characters: Iceman.

Bobby Drake has had a rough road, both in character and in publishing, in the course of coming out as a gay man. But this next week, the rubber meets the icy road with Iceman coming face-to-face with a moment that nearly every queer person dreads: coming out to his parents.

I’ve been there. Sina Grace has been there. And now it’s Bobby’s turn. Thank you to Marvel Comics for sharing their EXCLUSIVE preview with Comicosity for this next big moment in the queer life of Marvel’s A-list gay hero. May there be many more to come in the years ahead

Doing everything he can to avoid having a heart-to-heart with his parents, ICEMAN dives into super hero work. But he knows the approach of the truth is unstoppable…

Luckily for Bobby Drake, there’s another unstoppable force barreling toward him: THE JUGGERNAUT has returned! But this is one alibi that might just be a death sentence! 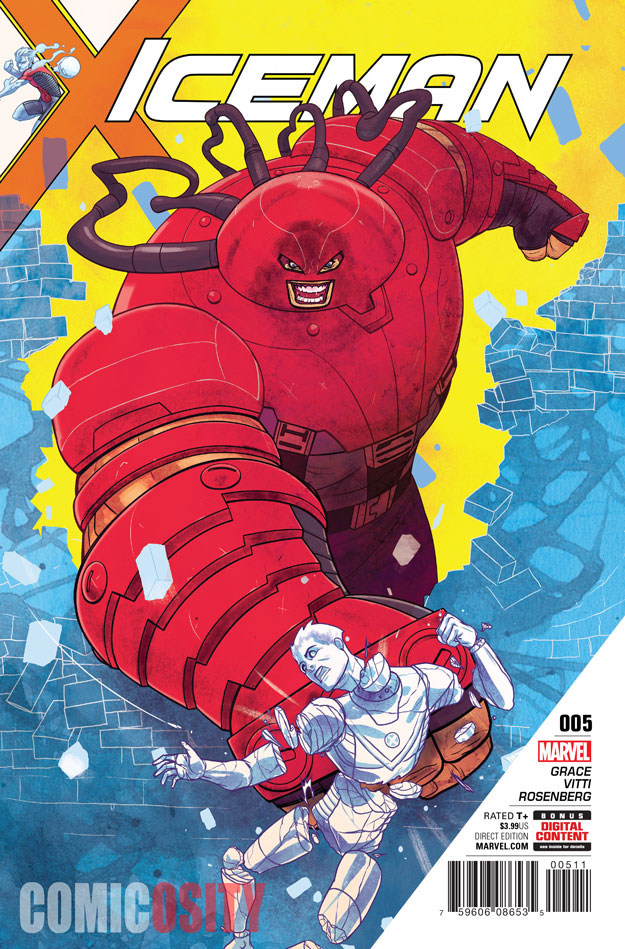 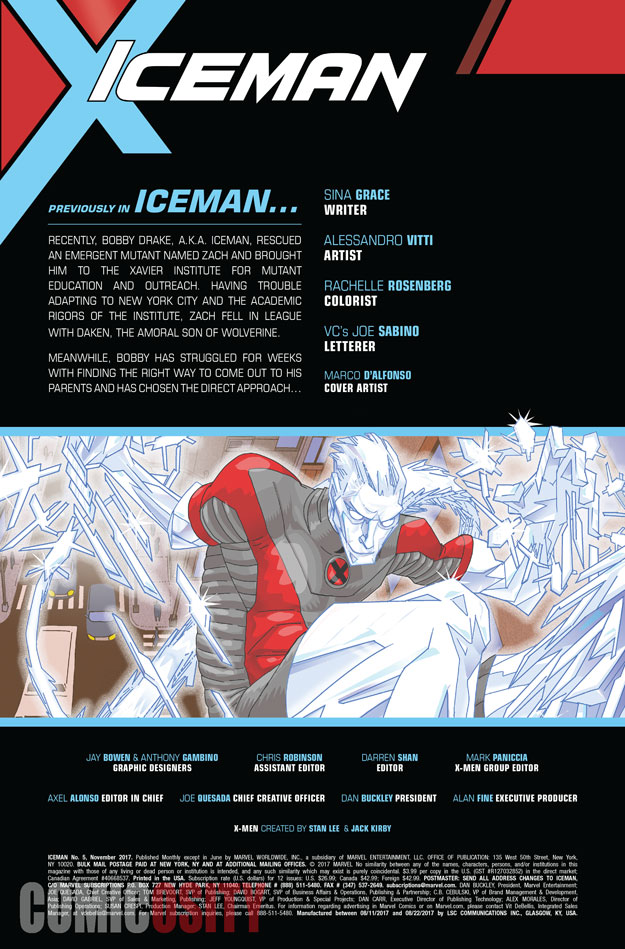 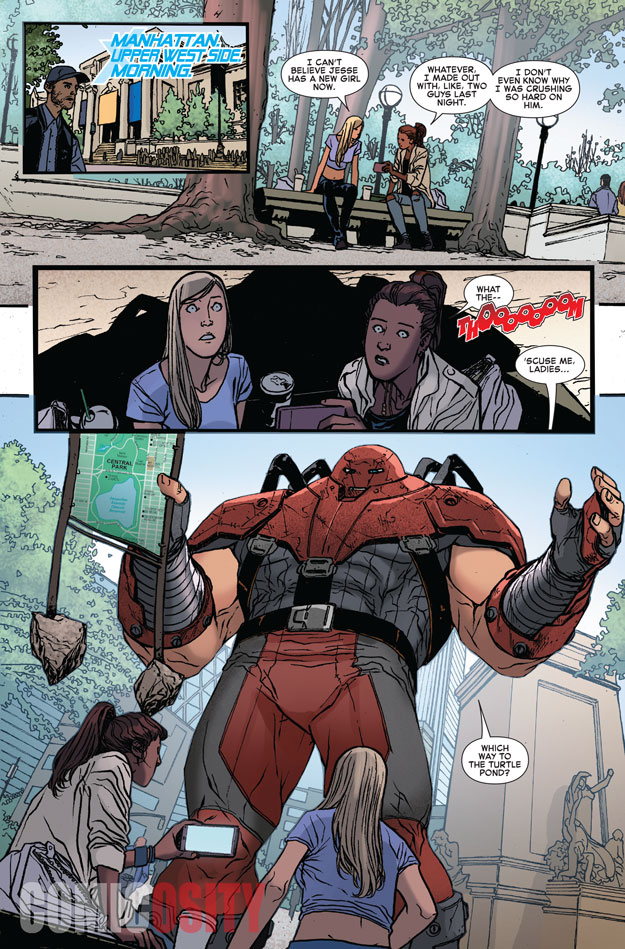 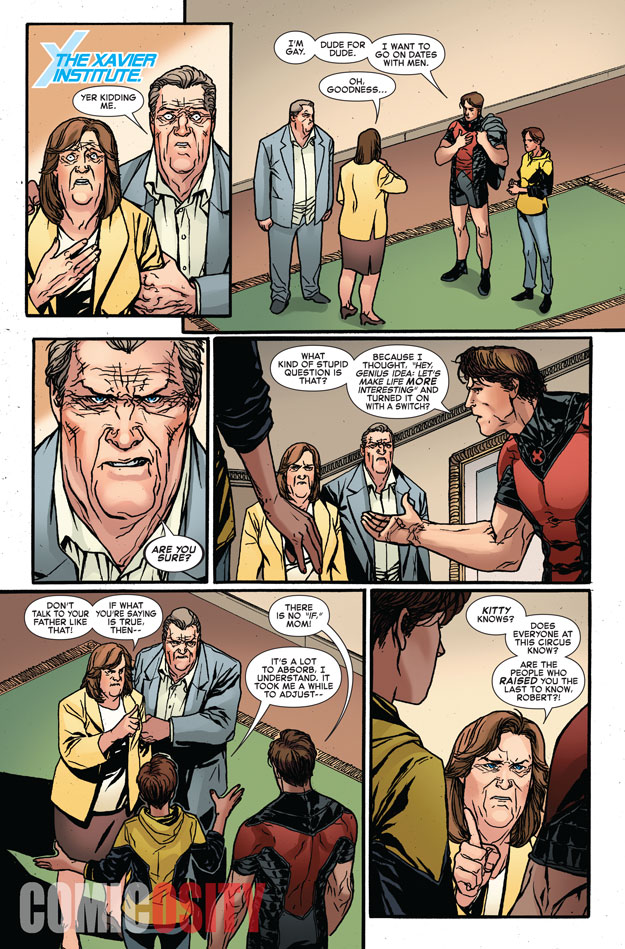 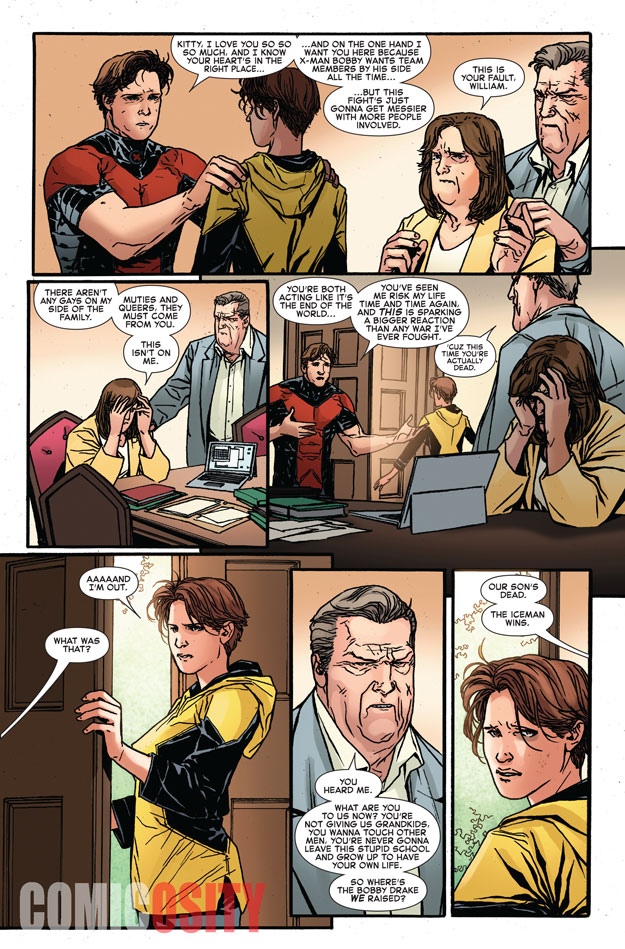