DC Comics has given Comicosity exclusive access to preview pages from THE TERRIFICS #8, in stores Wednesday!

The Terrifics find themselves stuck up a cosmic tree with the newly rediscovered Tom Strong—and the fire department ain’t coming to rescue them! The team gets split up while trying to escape this devious trap set for them by a mysterious enemy known as Doc Dread, and they wind up in a bunch of weird dimensions trippier than a spin on the “Yellow Submarine”! Is there a cure awaiting our afflicted adventurers at the end of this other-dimensional adventure? Or will Plastic Man, Metamorpho, Phantom Girl and Mr. Terrific be trapped in Tom Strong’s stronghold peddling snake oil instead? 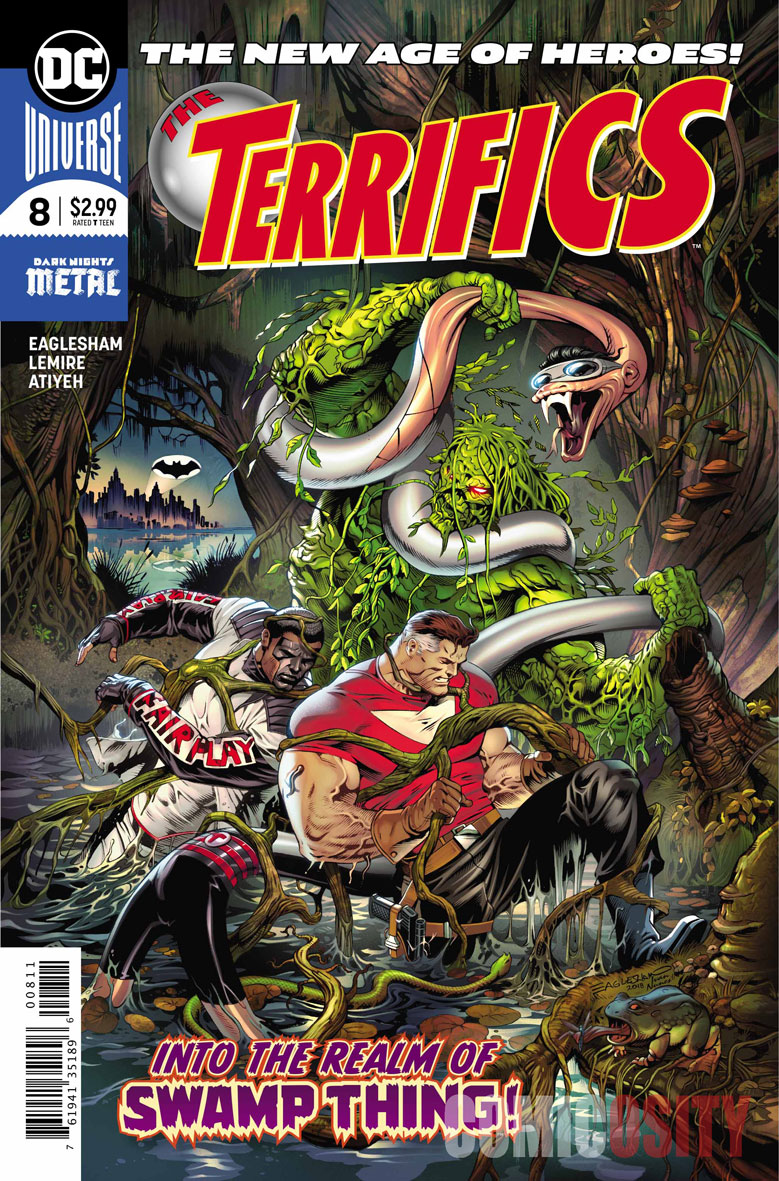 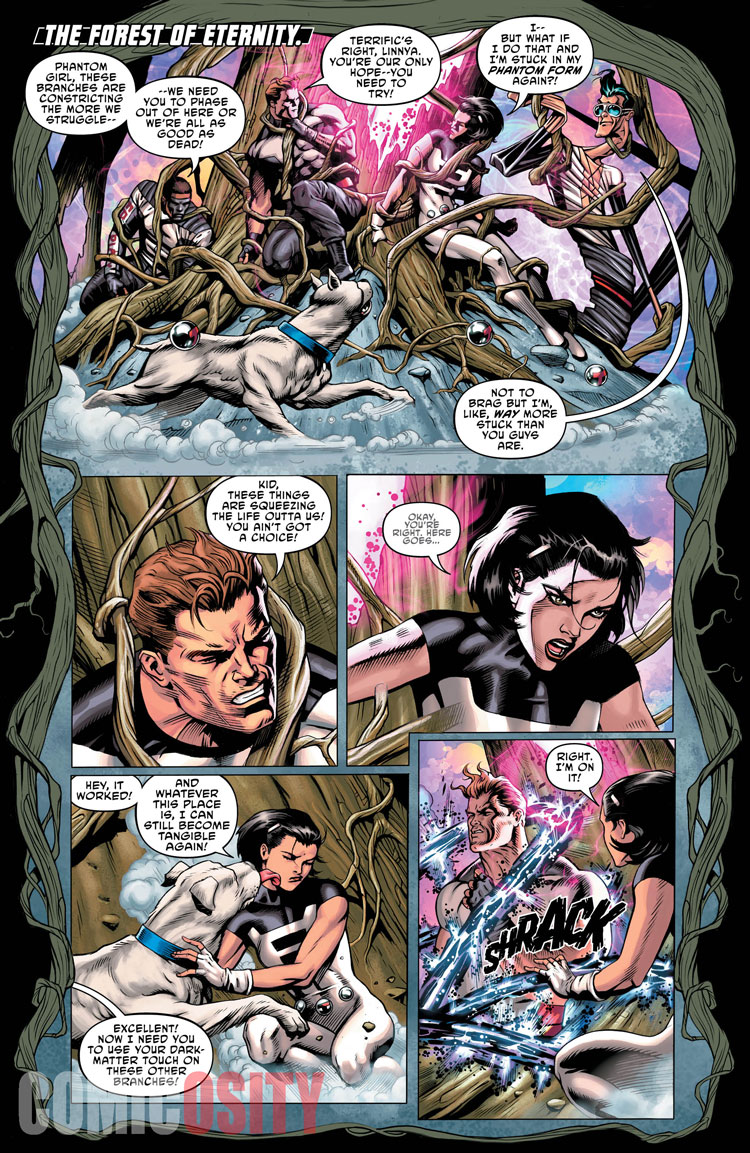 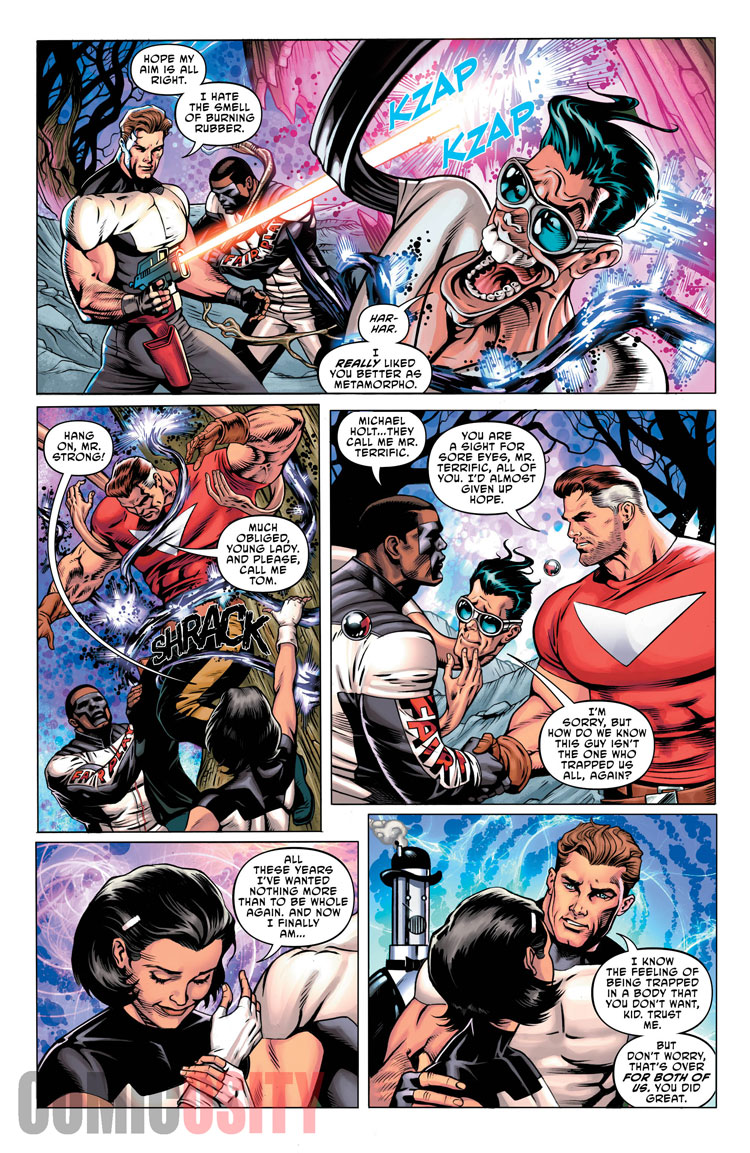 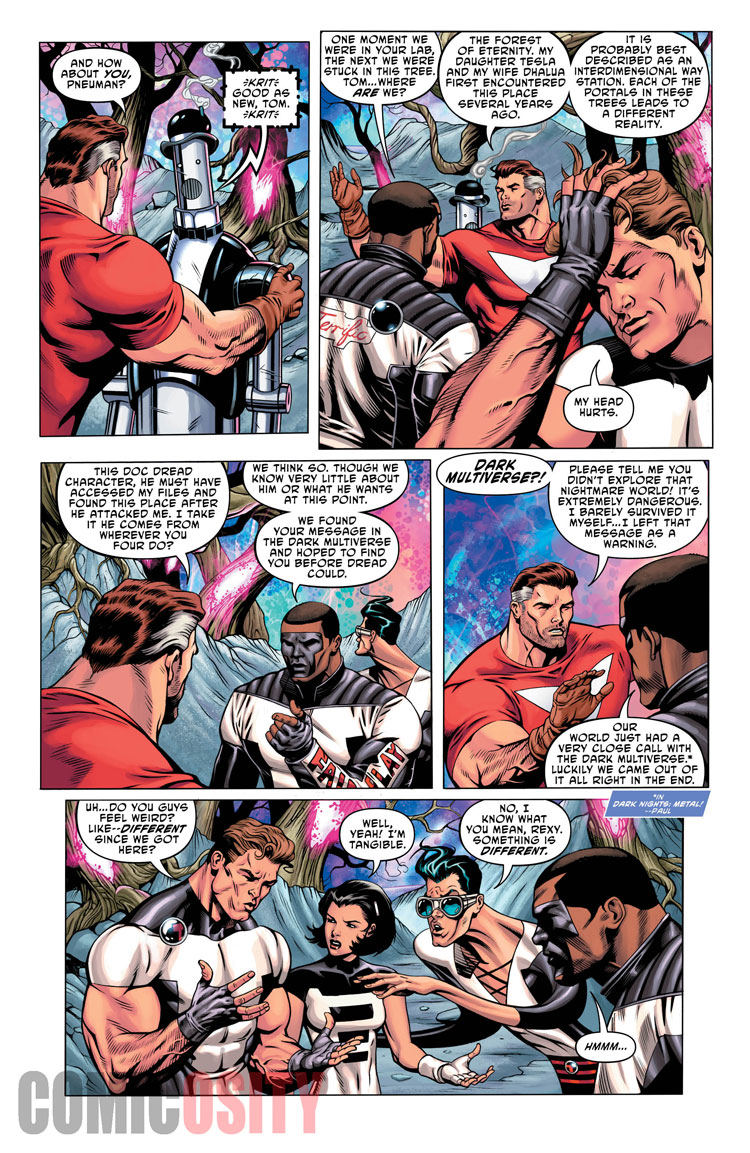 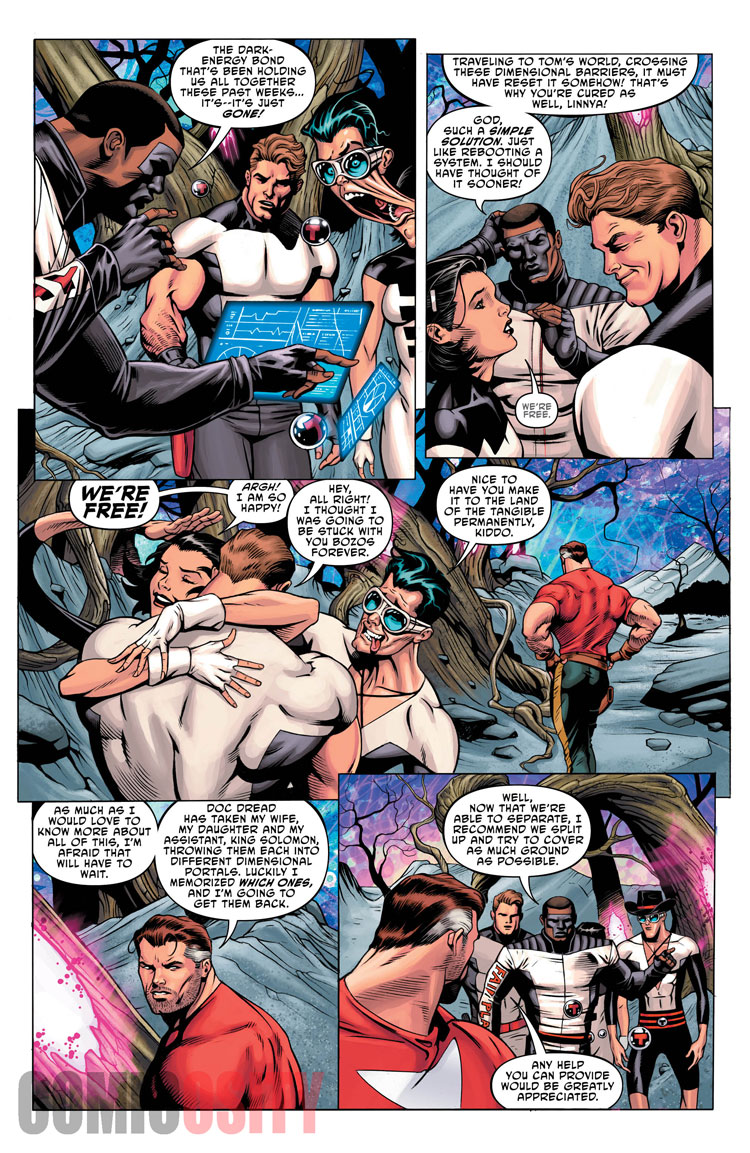 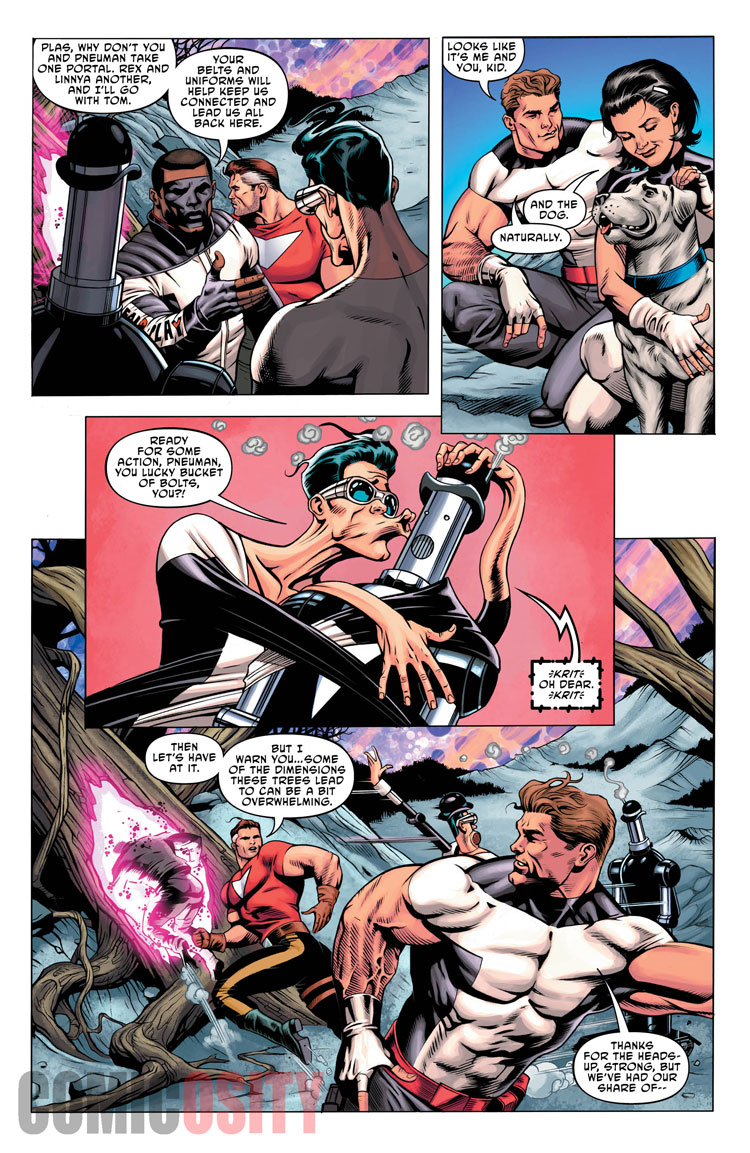