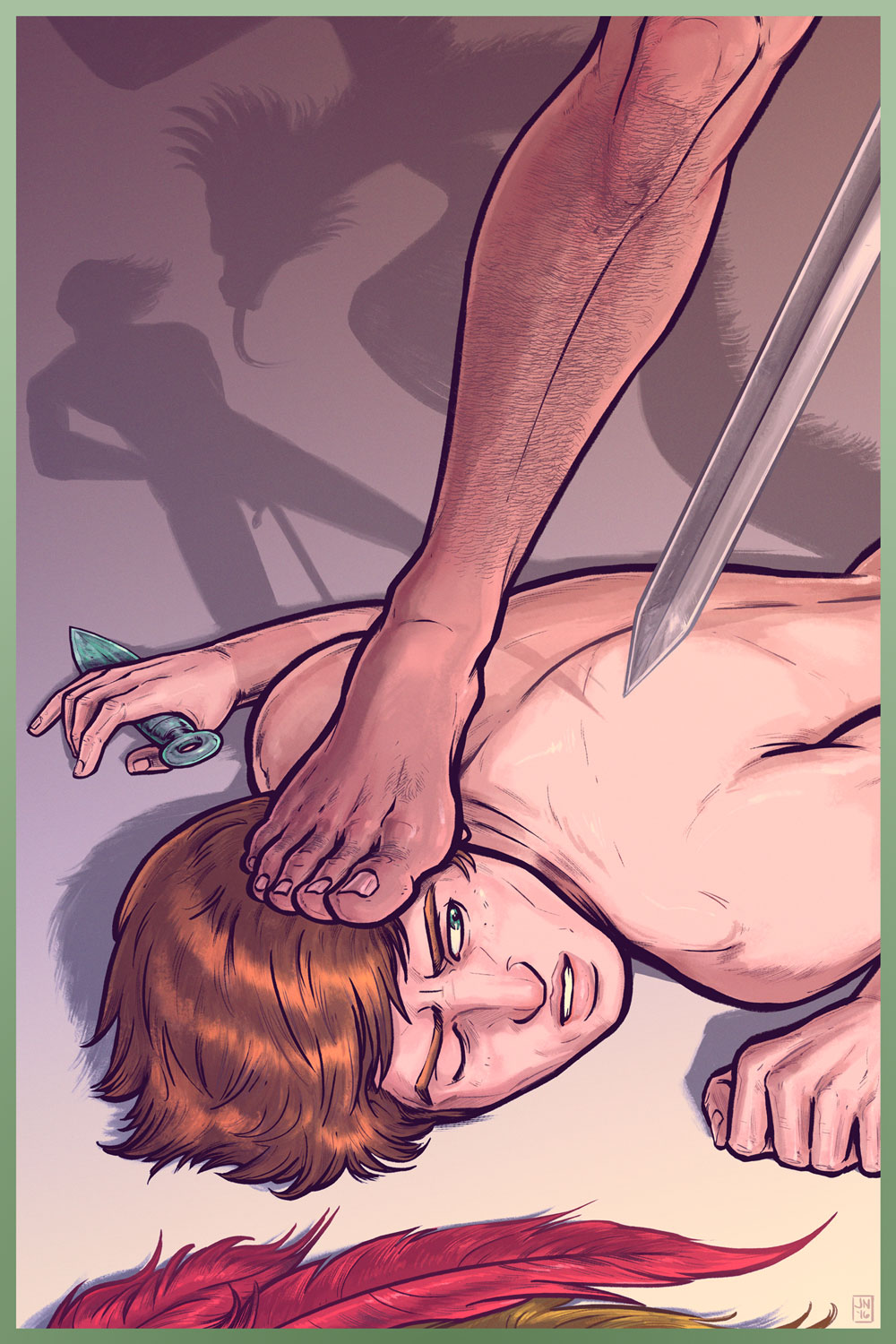 Funded last year by a very successful Kickstarter campaign, Stripling Warrior generated worldwide press from The New York Times, The Advocate, The Daily Beast and more. Stripling Warrior is a FUN and exciting comic book from So Super Duper Comics that has created a LGBT positive story for our modern world. Beautifully illustrated, Stripling Warrior takes a fresh look at what a hero can be within the bounds of the Mormon Faith.

The story began with Sam Shepard, a happily out and newly married gay man, who is visited by an Angel from Heaven on his wedding night and called to be the hand of God on earth.

Now, the upcoming trade paperback collection — entitled Stripling Warrior Vol. 1: The Law of Adoption — will include 58 pages of all new story, funded via a Kickstarter campaign ending this THURSDAY, OCTOBER 6.

Stripling Warrior has proudly given a voice to the wide spectrum of the LGBT Community by including lesbian, bi, trans and asexual characters as superhero missionaries. Together our heroes will discover how their queerness impacts there roles as a servants of the divine. 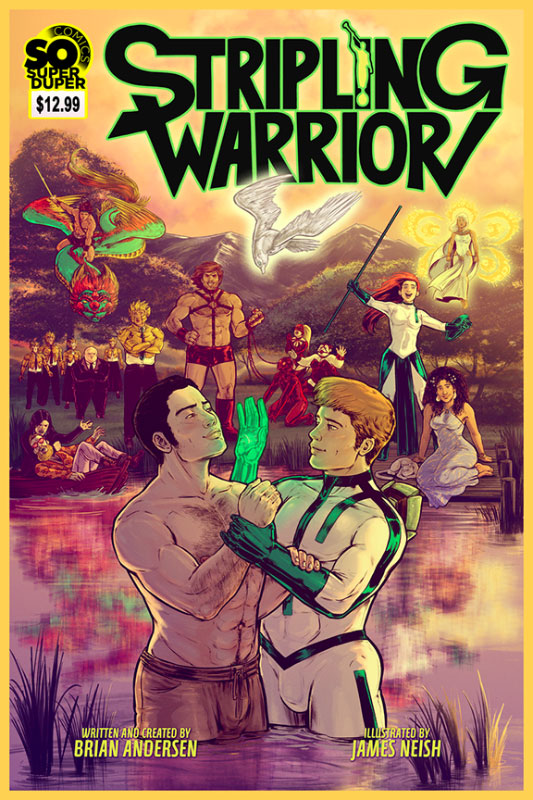 A fabulously creative artist with an eye for the viral geeky mash-up. More of Rey’s art here: http://www.ragegearstudios.com

Creator of the popular JoeBoys calendars, Joe has worked for both Marvel and DC Comics. More of Joe’s work here: http://www.joeboys.com

Stunningly talented artist with a love of all things mutant and geeky. More of Diego’s artwork here: http://designnurd.tumblr.com/

The collection, currently available via Kickstarter, will also feature this back cover, exclusively revealed to Comicosity:

Stripling Warrior is a sex positive comic book series, combing a blend of action, humor, romance, super villains and an exploration into the mythology of the LDS Church.

Created and written by Brian Andersen, a Mormon convert, former Missionary, Brigham Young University Provo graduate, and married father to a daughter born via Surrogacy, Andersen seeks to give a voice to the LGBT Community. He hopes to provide a queer positive story against the Mormon faith’s many anti-LGBT teachings. His goal is to show that being queer does not take away from a person’s worthiness, but rather it only enhances it!

The comic is making waves and getting great reviews for it’s balance of humor, same-sex love, and use of Mormon doctrine and history. You don’t have to be Mormon to enjoy the story, as it is readily accessible to the casual comic book reader.

Visit the Stripling Warrior Kickstarter page now to get in on the action, before it’s too late.