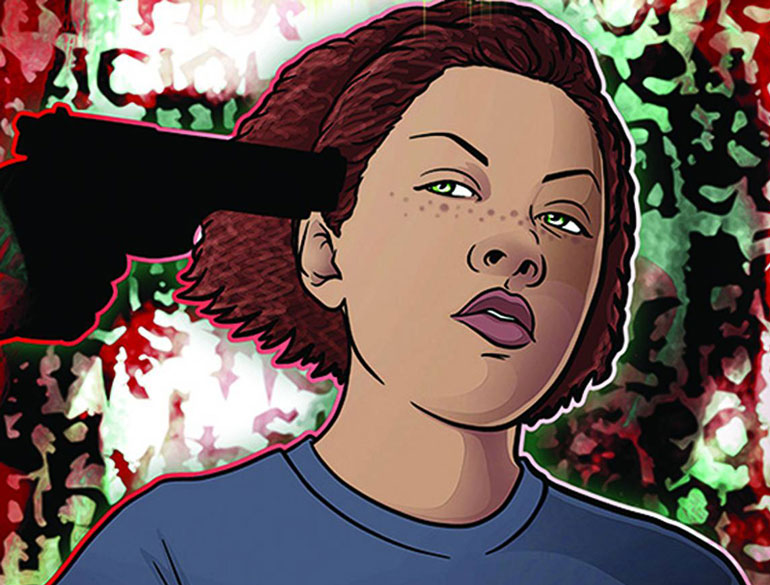 This is GAME CHANGERS, a new series at Comicosity looking at female protagonists in comic books from the last decade or two (or more!) — and the original creators who brought them to life.

This installment focuses on an independently published series A Voice in the Dark by writer and illustrator Larime Taylor — returning to the shelves of a comic book shop near you tomorrow with a brand new series — and his protagonist Zoey Aarons. 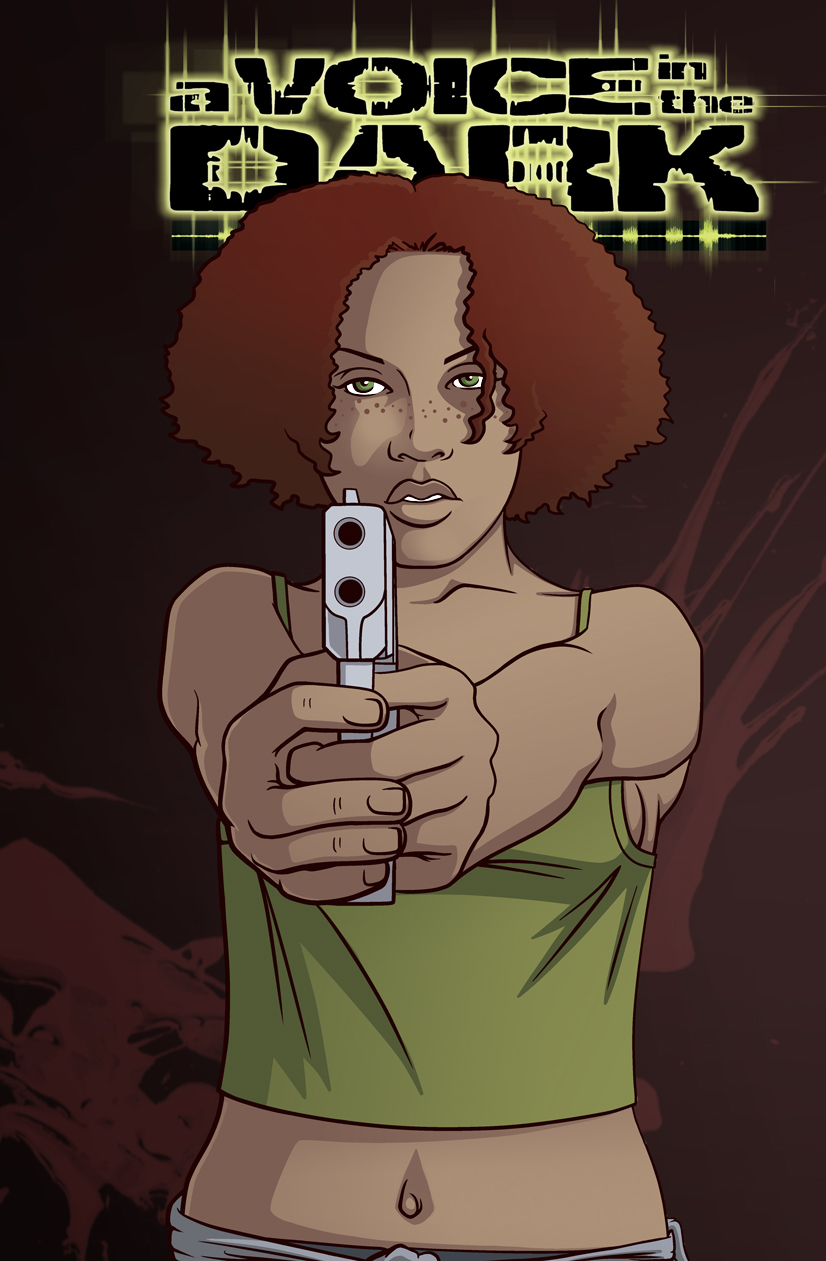 First Appearance: A Voice In The Dark #1 (2013)
Created by Larime Taylor
Published by Top Cow/Image Comics

Meet Zoey Aarons, recent high school graduate, soon to be college student and potential serial killer. Having already committed one murder before beginning her studies at a university, Aarons is slowly counting down the minutes before she kills again. Can she keep her impulses at bay or is her bloodlust stronger than her conscious? 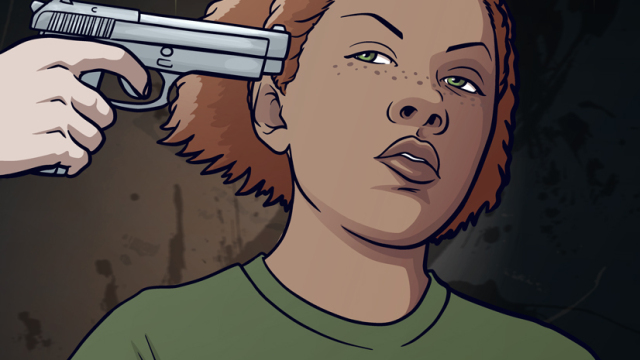 J. Skyler: Writers have different ways of approaching a story. Some have a narrative in mind that they develop a characters out of while others create characters to build a story around. Did Zoey Aarons emerge from a story or did story emerge from her?

Larime Taylor: A bit of both. At first, the book was going to be a campy homage/spoof of the slasher genre I grew up on in the 80’s and 90’s. Rule #1 in those films is that the ethnic character dies first, so I decided that she’d be the sole survivor in my story. 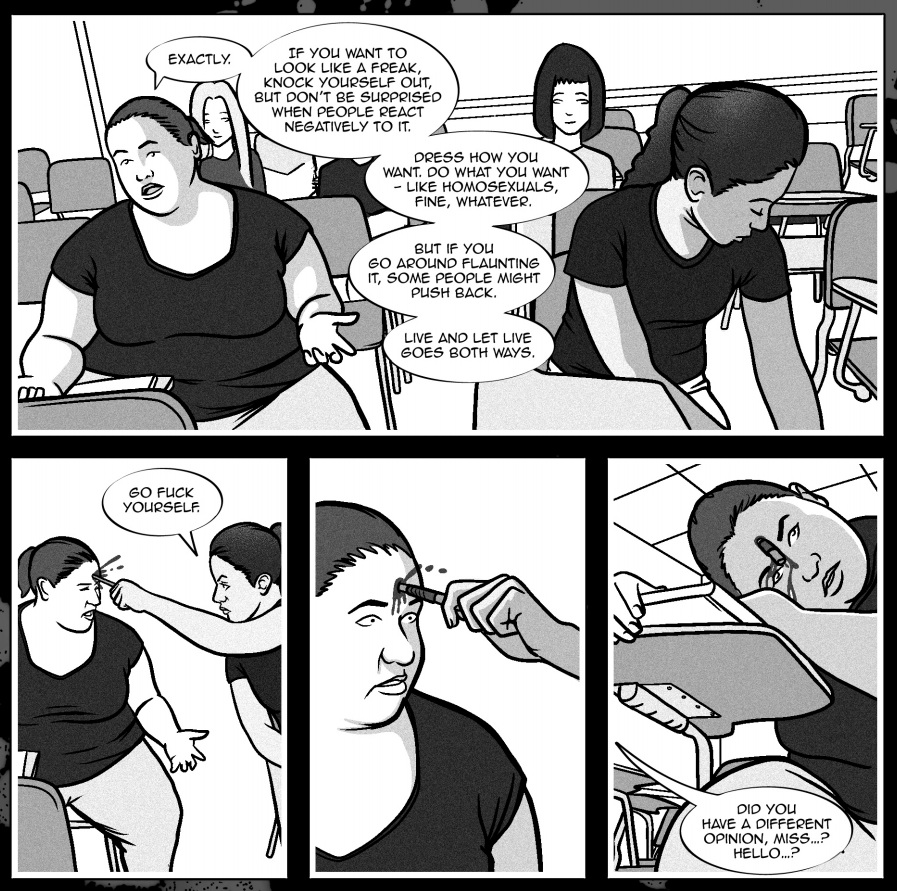 Then I started toying with the idea that she’s actually the killer, and it grew from there. I had an interesting twist, and so I began to develop the story as something more serious, and it became the comic as it currently appears.

JS: Zoey Aarons represents something we rarely see in mainstream comic books: A female lead, a woman of color and one who is not rendered with an overtly sexualized body-type.

However, readers are also greeted with the fact she’s committed murder in issue #1. Members of minority groups have a well-reasoned hypersensitivity to depictions of race, gender and other sociological categories as they have the power to break or reinforce stereotypes. What gives your character depth where others have fallen flat?

LT: I like to think it’s because I make her human, make her relatable. She isn’t a psychopath or sociopath. She has a conscience and feels guilt and remorse. She struggles with what she does. I try to make her a person first and foremost, and her gender and ethnicity all come after. They’re an important part of who she is, but they are only a part.

JS:  Why envision her as a killer? Why not a hero?

LT: Stories like Dexter or Johnny the Homicidal Maniac have gleeful killers who embrace what they are, and as much as I enjoy those stories, that’s been done now. I wanted to do something different, where the killer is struggling with who they are and what they do.

I don’t generally write heroes in a broad sense, I write flawed but interesting protagonists. The capes and tights books have the whole hero thing covered. I prefer shades of gray, more slice-of-life stories.

JS: There is a great deal of introspection and philosophical debate to her narrative. Will she continue to evade and rationalize her way out of her culpability? Or will she face justice?

LT: The Dexter showrunner once made a comment that Dexter would obviously need to lose in some sense at the end because he’s a killer and killing is bad, and it seemed rather pandering and hypocritical to me. You have a TV show that for eight years revels in his killing, but now you need a moral at the end of the story? I don’t buy that line of thinking.

Whether or not Zoey faces justice in the end isn’t my primary focus or concern. I’m more interested in the struggle, the journey. Readers don’t need me to tell them murder is bad at the end of the day. I think the idea of her gradually having to figure out how to live with herself and accept herself is far more important and fascinating.

It’s what we all go through in different ways, learning to be the best person we can be and loving ourselves despite our flaws. 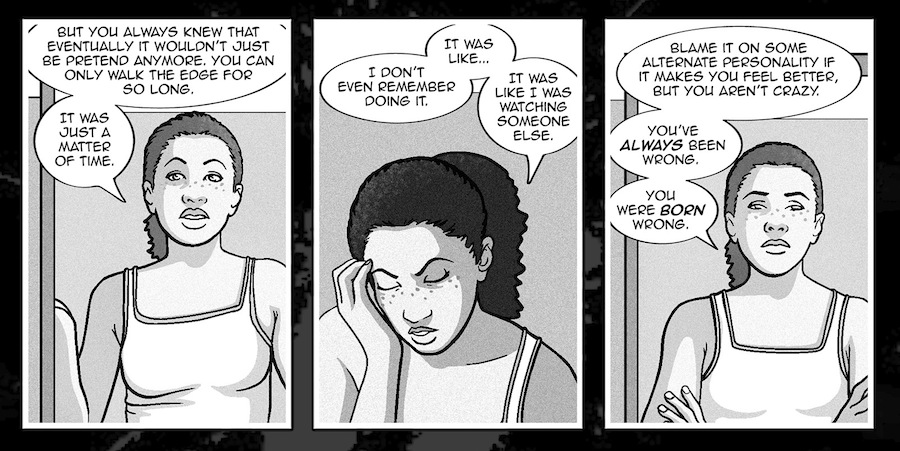 JS: What has the process of publishing been like for you? Did you find any difficulty in pitching your story?

LT: Having the initial Kickstarter meant I could give publishers a 56-page OGN as my pitch and basically say, “Let’s make this a series.”

It made a big impression and meant I had several publishers interested. I was thrilled and honored to sign with Image/Top Cow. As far as pitching a story with a female of color as the lead, it never came up as a factor against it. Indie publishing is more interested in quality than demographics.

JS: Do you have any word of encouragement for those reading who, like you, may be interested in publishing independently?

LT: Don’t take no for an answer. Keep working, keep fighting. You won’t always succeed, but you can’t succeed if you quit.

“It is a minority driven narrative, with a multitude of perspectives across race, class, gender and sexuality, including both abused and well-adjusted lesbian, gay and bisexual characters.

[B]y injecting critical theory into its story, Taylor challenges us to take as hard of a look at ourselves as we play judge and jury debating what fate Zoey deserves.”