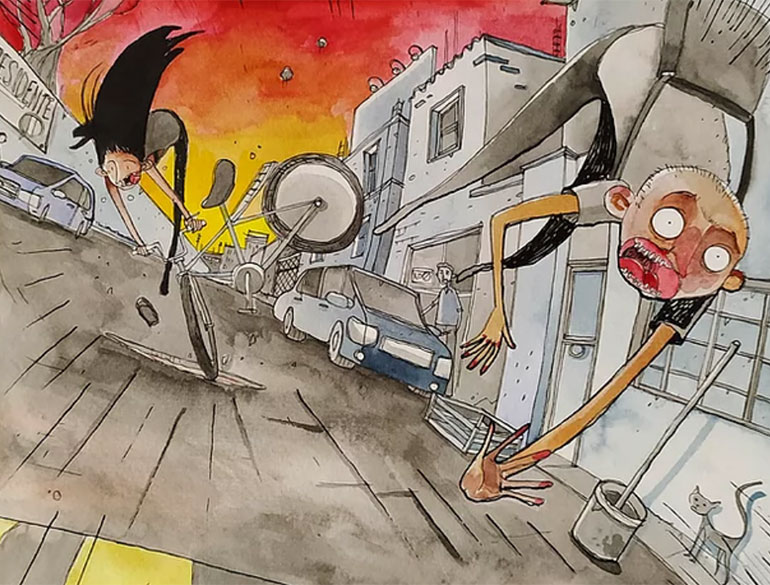 In Mexico you must learn how to live with empty places on the table, with names that become unpronounceable because they are too painful to be told. You must learn to live with photographs that remind you of those who are gone — those who you do not know whether they will come back.

You must learn how live with ghosts. 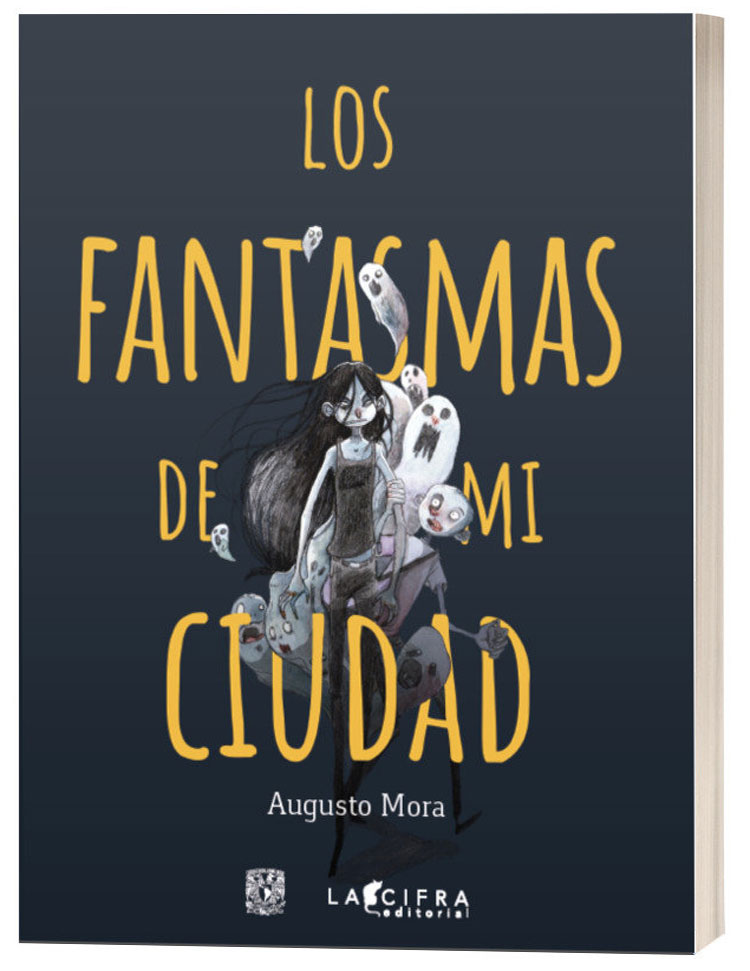 Augusto Mora has shown once more his concern for political and social problems in his native Mexico, but this time he has done so through a metaphor: ghosts. Such as we read in Grito de Victoria (La Cifra, 2017) and ¿A dónde nos llevan? (Muerte querida Comics, 2015), the artist focuses his attention on the impact of different forms of violence on people’s lives. Now, in his new graphic novel Los fantasmas de mi ciudad (published by the Mexican publishing house La cifra, 2020), Mora presents a female protagonist, Viridiana San Juan (or better known as Viri), who has a special ability: to see ghosts.

While this a topic that we have seen in many different narratives, especially on cinematic expressions, what can be found here is a metaphor for the victims of a brutality that invades the city. These are the ghosts that invade Viri’s everyday life. 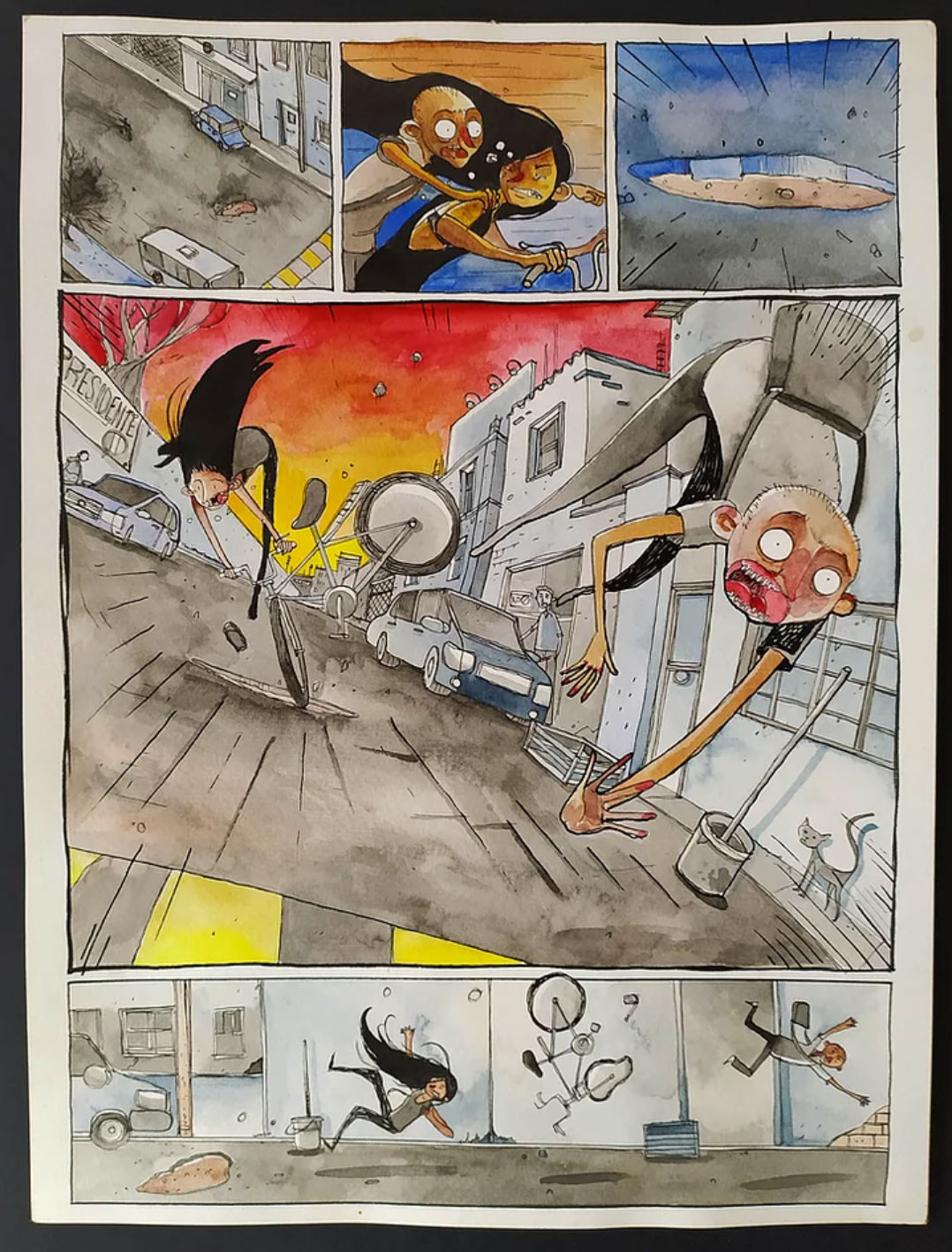 The story takes place in an urban setting in which poverty, abandonment, and insecurity are crucial elements that determine how each citizen lives. To create an atmosphere around the actions that take place in the graphic novel, the artist uses colour in a significant way. In fact, the colours blue, green, and yellow have special importance since they represent not only a specific time of day, but have a visual impact that suggest tension and the presence of the unknown. Black and white is used to represent past events, while other colours such as purple create a temperature and a sensation that move the reader closer to the protagonist.

In addition, large and lonely open spaces have a special significance in the graphic novel since they are frequently present in scenarios in which the characters interact with each other. More importantly, they are where ghosts are born after someone is tragically murdered. 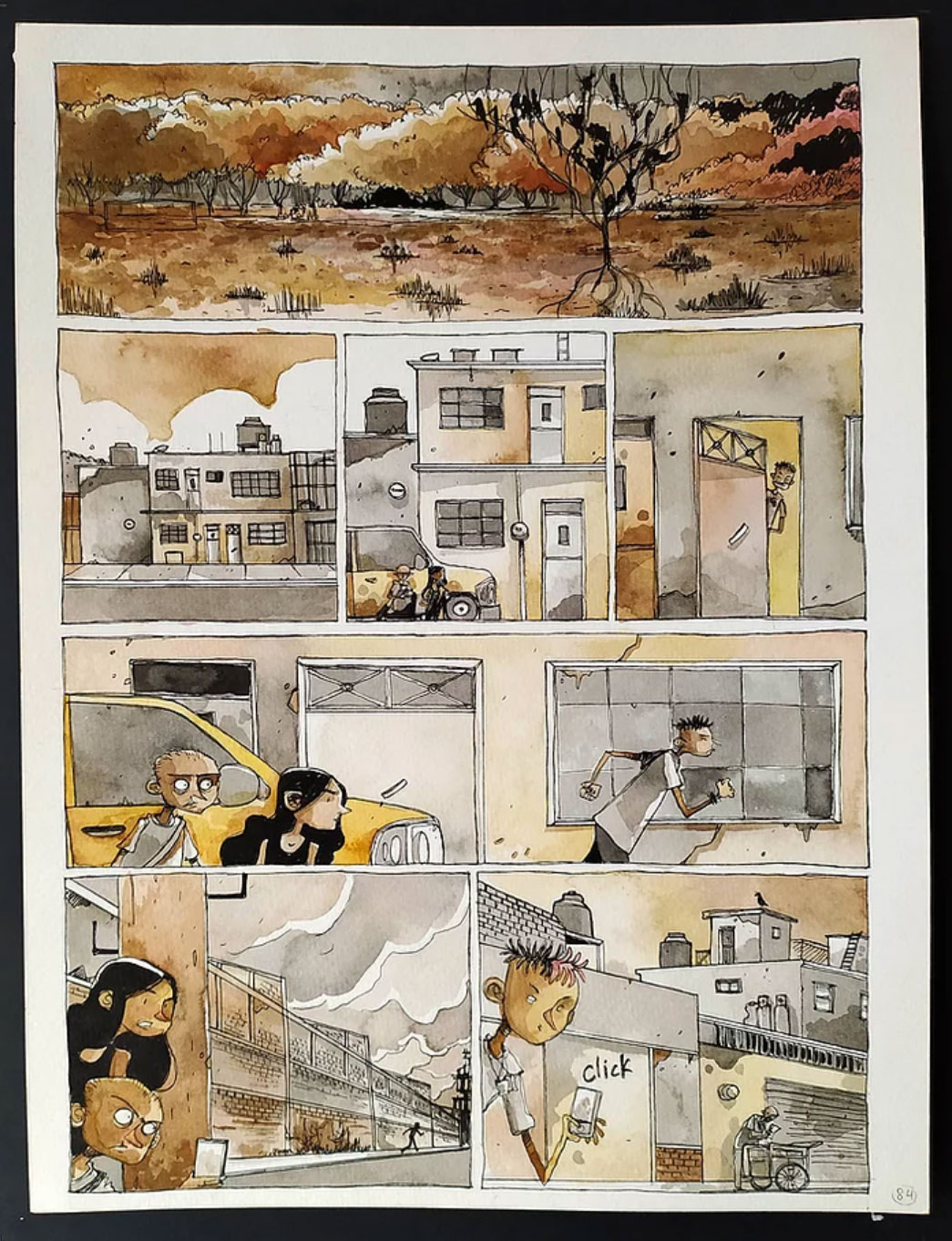 In Los fantasmas, the victims are reclaiming their right to be remembered and those who are alive inherited a duty to keep them alive in their memories — or seek justice. The presence of the ghosts as omens of terrible events about to happen are symbolic images representing the people who have been assassinated, kidnapped, and subject to violent robberies, femicides, and the most ruthless expressions of the extermination of life.

Therefore, Los fantasmas de mi ciudad raises an argument about how life persists in certain geographies, but more importantly, how death occurs. The result of these deaths takes many forms such as: impunity, guilt, fear, or indeed ghosts.

And throughout the story, the graphic novel raises several questions: What do we do with the memory of the people who passed away? Can we reconstruct our lives while carrying our internal ghosts? How can we create a life when violence and fear — the very lack of public safety — are everyday companions? 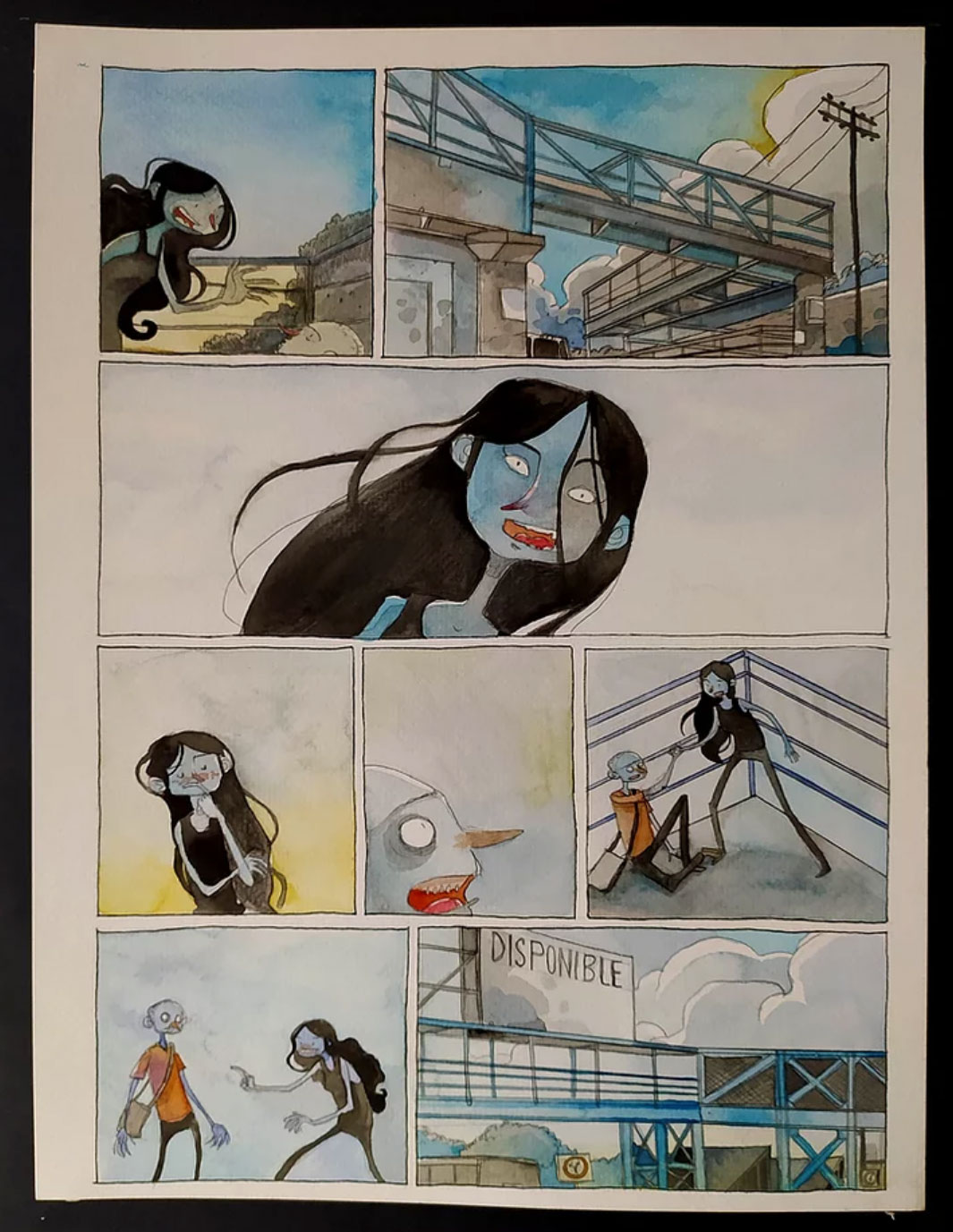 Nonetheless, the story has an element of fairness in that it does not offer a condescending ending. On the contrary, it leaves the reader with the sensation that these ghosts are as real as the violence we see on the streets.

And even if we do not want to see it, it is there — calling us, shouting in our ears, forcing us to remember.