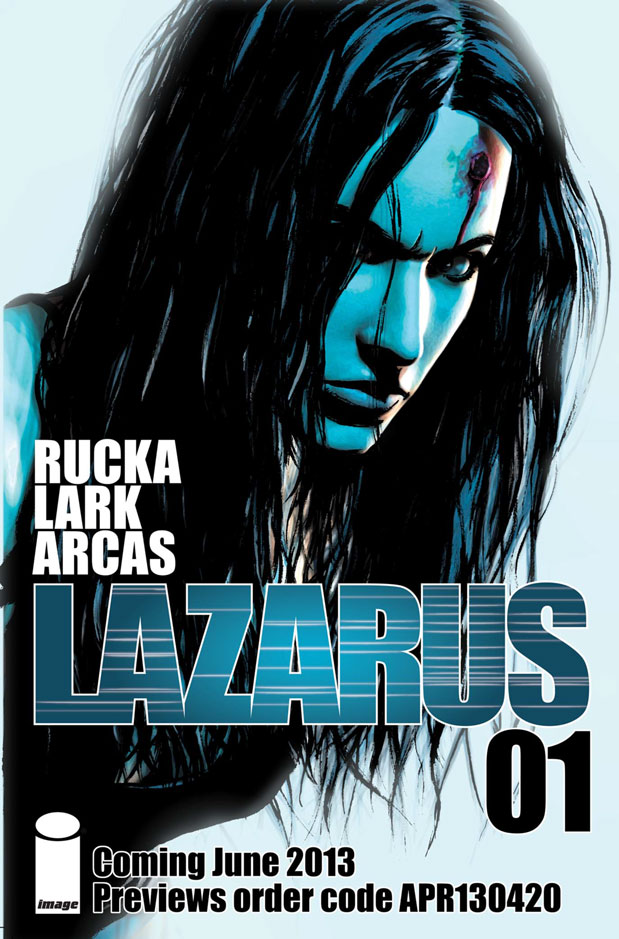 On his Tumblr page, writer Greg Rucka released an original four page story in anticipation of the June release of Image Comics’ Lazarus, an ongoing series with art by Michael Lark and Santi Arcas. Rucka shares:

This is the four-page short-short that Michael Lark, Santi Arcas, and I have done for LAZARUS, the first issue of which comes out this June. You can download the story at this link as a PDF, and please feel free to share the link and the PDF about. LAZARUS is published by Image.

The book is now available for PRE-ORDER from your retailer. The order code via Diamond is APR130420.

Michael, Santi, and I are very, very proud of this book.

I’ve described LAZARUS as a cross between The Godfather and Children of Men, but that’s a little disingenuous, frankly. Set in a not-too-distant dystopian future where power is now held by a handful of “Families” around the globe, it’s part action-adventure, part espionage, part soap opera. Our story centers on Forever Carlyle, the genetically engineered daughter of the Carlyle Family. As their “Lazarus,” she’s part spymaster, part secret agent, part bodyguard… basically, her Family’s secret weapon in their fight to keep what they have, and to acquire what they don’t.

The book is most definitely rated ‘M.’ There’s profanity, there’s violence, there will be sex and likely nudity down the road, but, most of all, it’s dealing with some very dark, and fairly mature (I’d like to think, at least) themes. And some of the most depraved and corrupted individuals I’ve ever seen spring from my pen.

Please, please, please consider pre-ordering this book if you’re at all interested in what we’re doing.

Check out the story below! 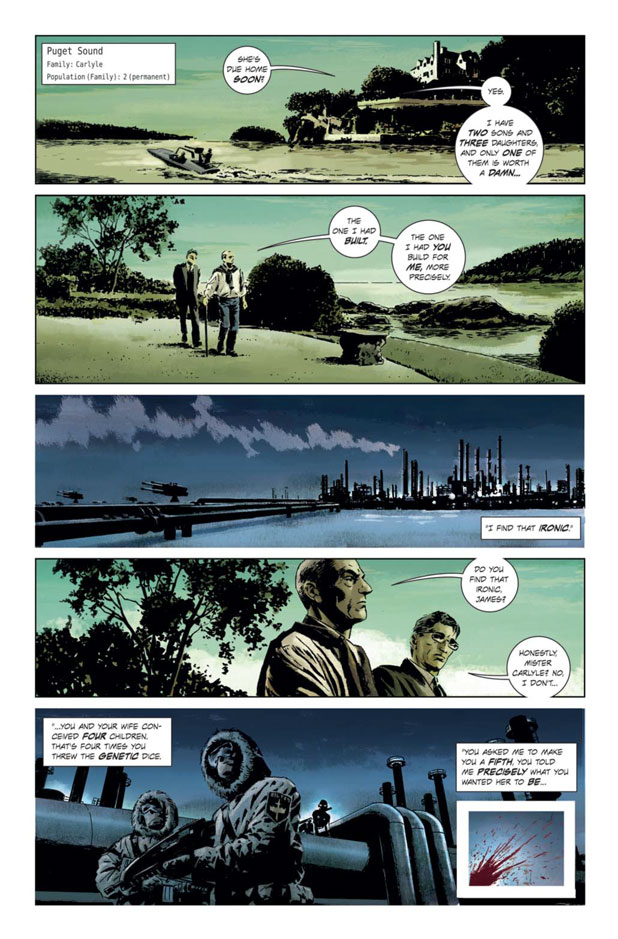 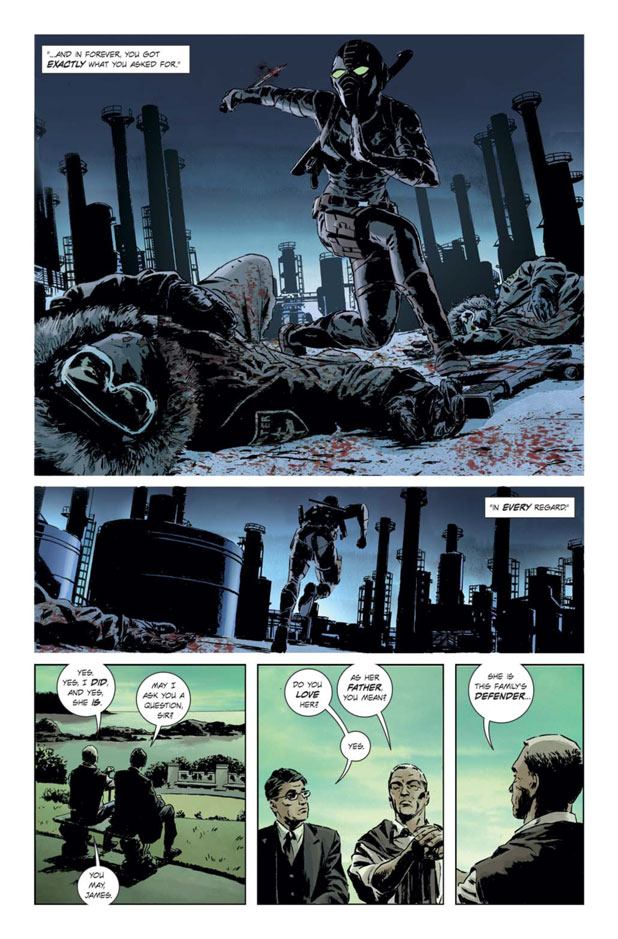 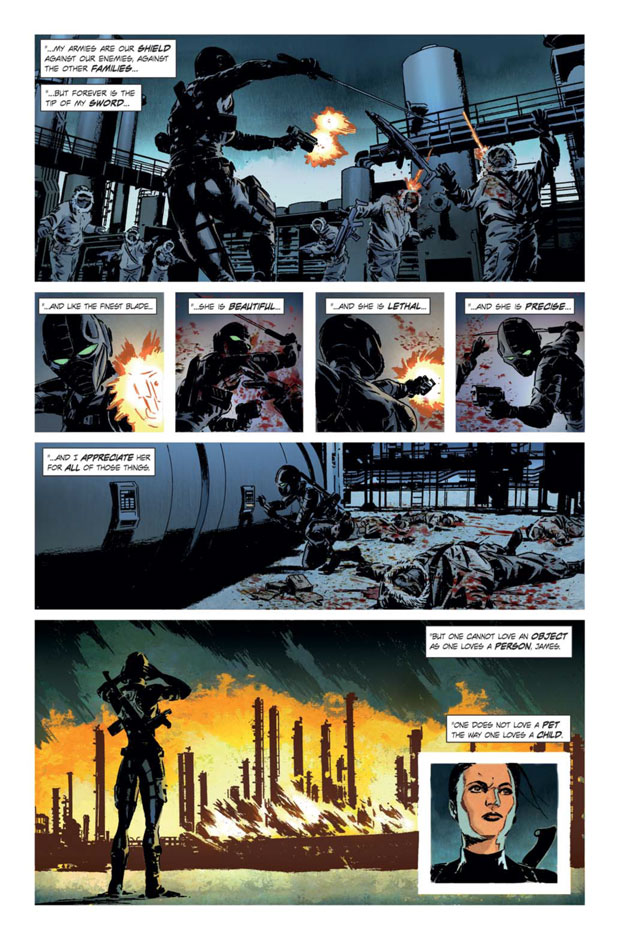 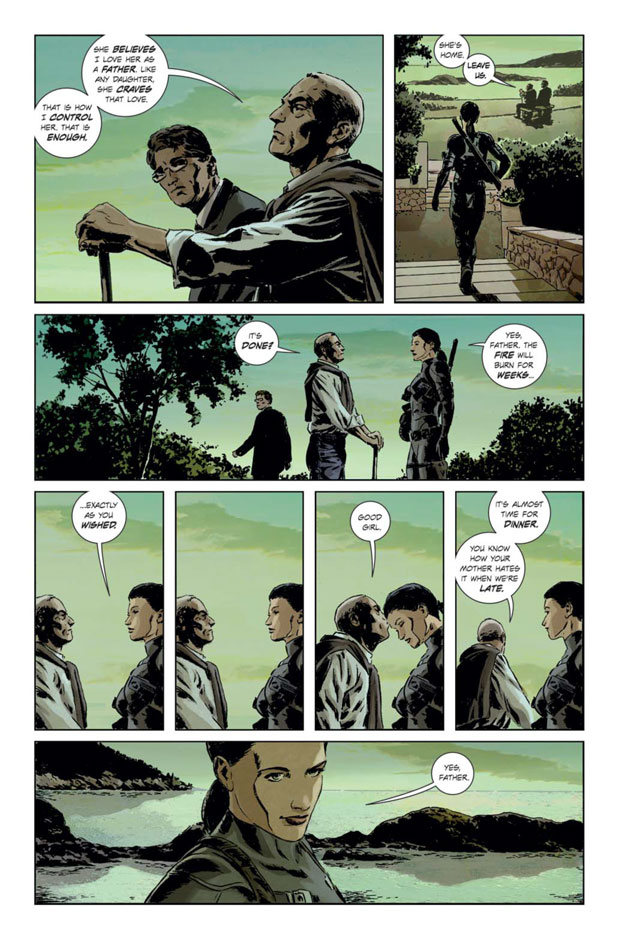