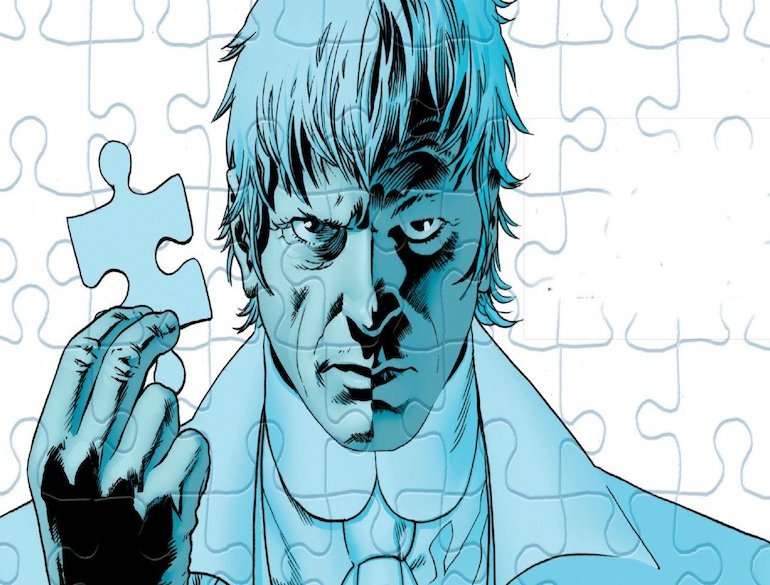 Welcome to H5*. When I made the announcement that we were expanding “Hot Five” into its own imprint here at Comicosity I thought long and hard about what article to run for the debut. I have numerous pieces in the works, and several already completely written, but I needed to figure out which would most fully live up to the goals I laid out HERE. The first glimpse that readers would get of this new initiative needed to celebrate comic books, and help give some insight into the minds behind Comicosity. What better way to do that than to have members of the staff share their favorite runs ever? Then who would be better to start it all off than the “Face Who Runs The Place” a.k.a. Juice a.k.a. DOOM! a.k.a. our fearless leader Aaron Long? The answer is a resounding NOBODY!

Over the next few weeks you will be seeing a lot of H5* topics being introduced, but “Favorite Runs” will serve as a throughline for what the imprint represents as we make our way through the staff. This week you can expect to see both Matt’s picks and my own, but it only makes sense that this new era for Comicosity begins with the man who first turned the lights on around here, and continues to keep them on to this very day. So without further ado I give you H5*: Favorite Runs #1 – Aaron Long.

So, John asked me to talk about my five favourite runs in all of comic-dom, a task that…well it’s just horribly hard. Narrowing down this list to 5 caused me to make choices that caused me great physical pain. I had to make wicked cuts, including Immortal Iron Fist. Bone. Usagi Yojimbo. Autumnlands. Astro City. Velvet. I had to cut comics that are good enough to make an All-Star H5* list for the ages. So, if I had to cut stuff that is that good…well, that means what’s left is just fucking amazing. 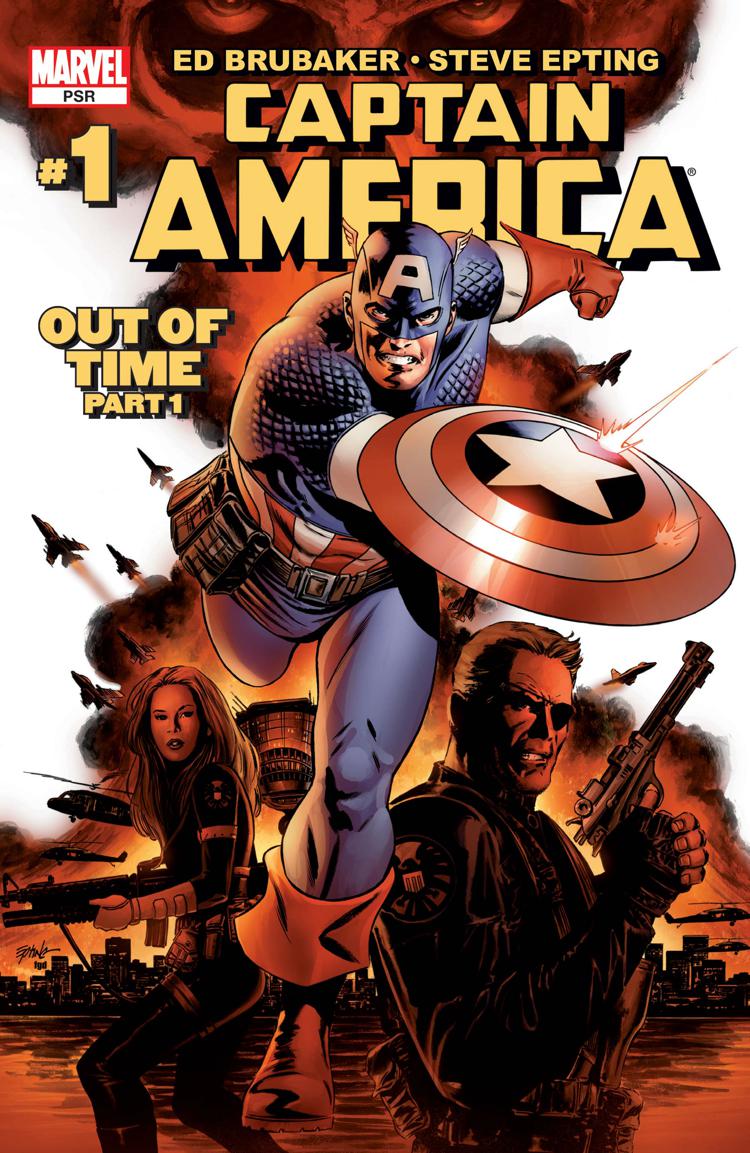 Ah, the Brubaker years. While I enjoyed Brubaker’s entire run of Captain America, I’m going to dial in on the best issues of the run, featuring his work with artist Steve Epting.

Have y’all heard of the Winter Soldier? Yeah, these are the creators who brought back Bucky. They violated Marvel Comics’ oldest rule (Bucky stays dead) and made it one of the most compelling super hero stories ever. Epting’s artwork perfectly brings a shadowy story to life and Ed Brubaker puts these characters through the ringer, crafting one of the best 4 year runs comics has ever seen. You’ll see as this list continues that I’m all about the long game, and Brubaker played the long game like a goddamn fiddle with Captain America. 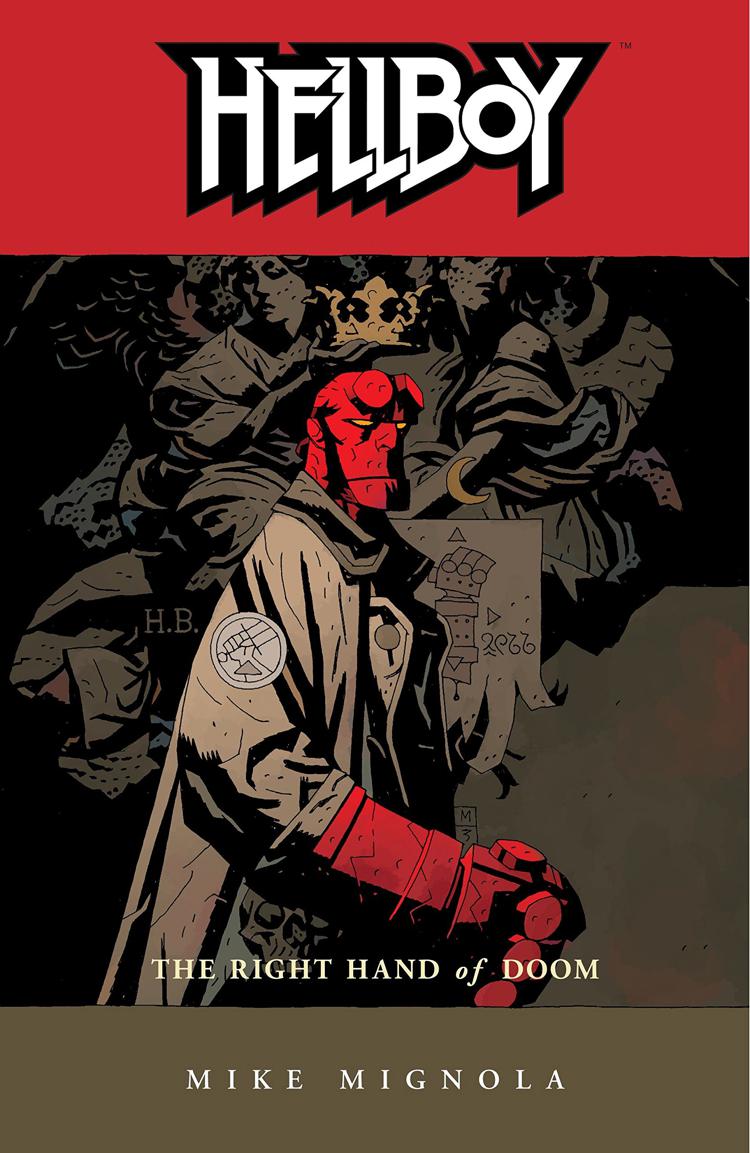 I’m a grumpy asshole, so I tend to feel at home with Hellboy. When he begrudgingly goes headfirst into a fight with a demon….I just…I get him. He doesn’t want any of his life of horror filled adventure, but he knows there isn’t anybody but him who can keep this bizarre shit at bay. Mignola’s visual style is legendary, to say the least, and Hellboy is never better than when he is drawing him. The way Mignola writes his most famous character has always struck a chord with me as well. He does not spell everything out for readers, especially in the newer Hellboy In Hell issues, and the bizarreness that Hellboy endures does not always make sense to readers either.

Give me that Right Hand of Doom any day of the week and I’ll be a happy man. 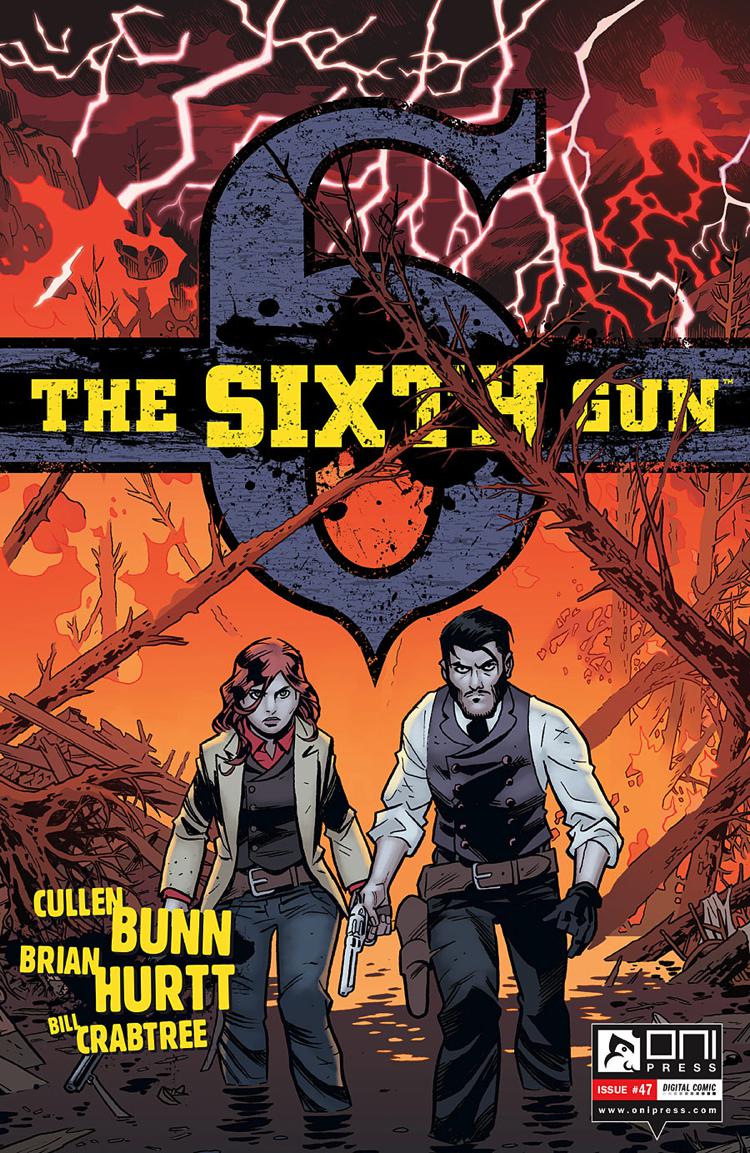 For a guy who doesn’t like horror movies, novels or most horror comics, 2 of my top 5 slots here have gone to horror tales. The Sixth Gun is adventure horror in the Wild West, with mythical bastard weapons and great characters. A small group of characters are drawn together by these weapons of the apocalypse and the odyssey that ensues is absolutely fantastic. Cullen Bunn and Brian Hurtt built something really special here, and it is one of the few comics I revisit often. 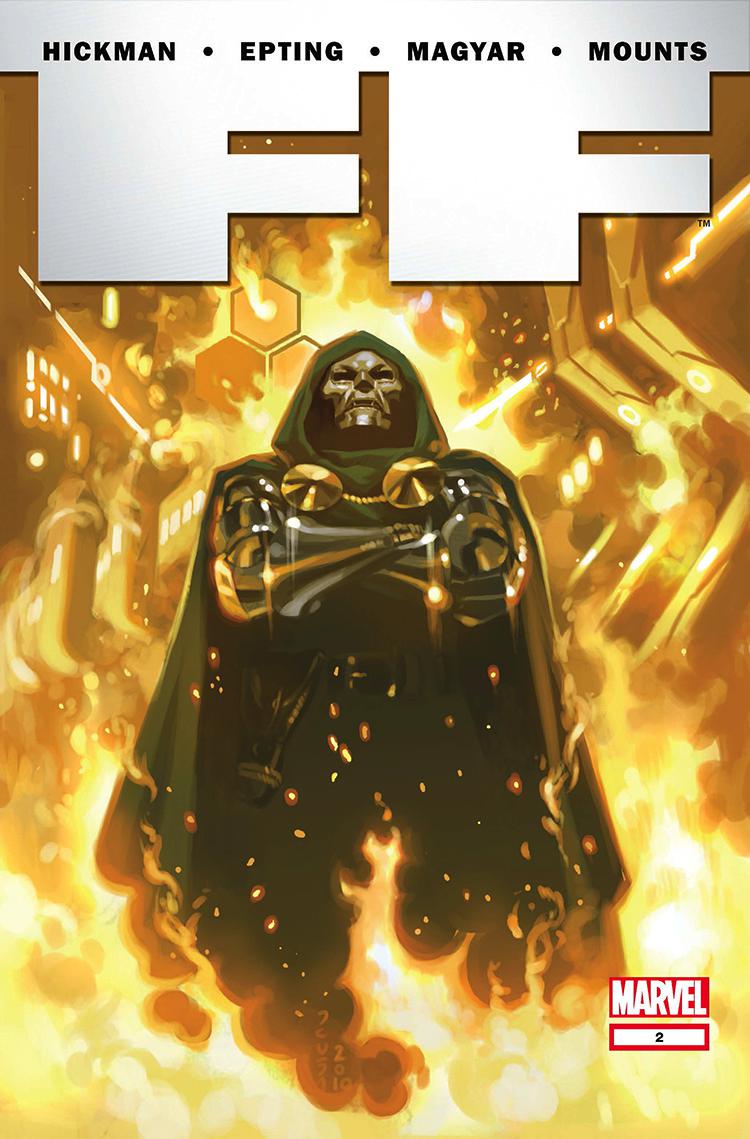 It’s all one story.

Secret Warriors Volume 6 is entitled “Wheels Within Wheels” and that pretty much sums up the entirety of Hickman’s work at Marvel. His runs on Fantastic Four and Avengers are legendary, characters he co-created in Secret Warriors are still making an impact today and here’s the big thing: it’s. all. one. run.

Go read Secret Warriors and Fantastic Four. Watch the story build and unfold and how it leads into Avengers and Secret Wars. See how pieces of S.H.I.E.L.D.*weave their way in. The way Infinity sets the stage for Secret Wars and brings Thanos back to the forefront of Marvel’s villains. Watch Doom’s character grow through the twisting, turning arcs of this story…just…holy shit. The masterful story architecture from Hickman to have a narrative grow and span that long, in a world of 6 issue arcs and events that never drew the Hickman stories too far off course. We’ve yet to see a run like it and I’m not sure we will again…unless Hickman goes to work for one of the Big Two again.

*Ed Note: Hickman and Weaver’s S.H.I.E.L.D. was delayed for several years and just ended here’s in 2018, but for simplicity’s sake we are using Secret Wars ending in 2015 as the end of Hickman’s tenure. 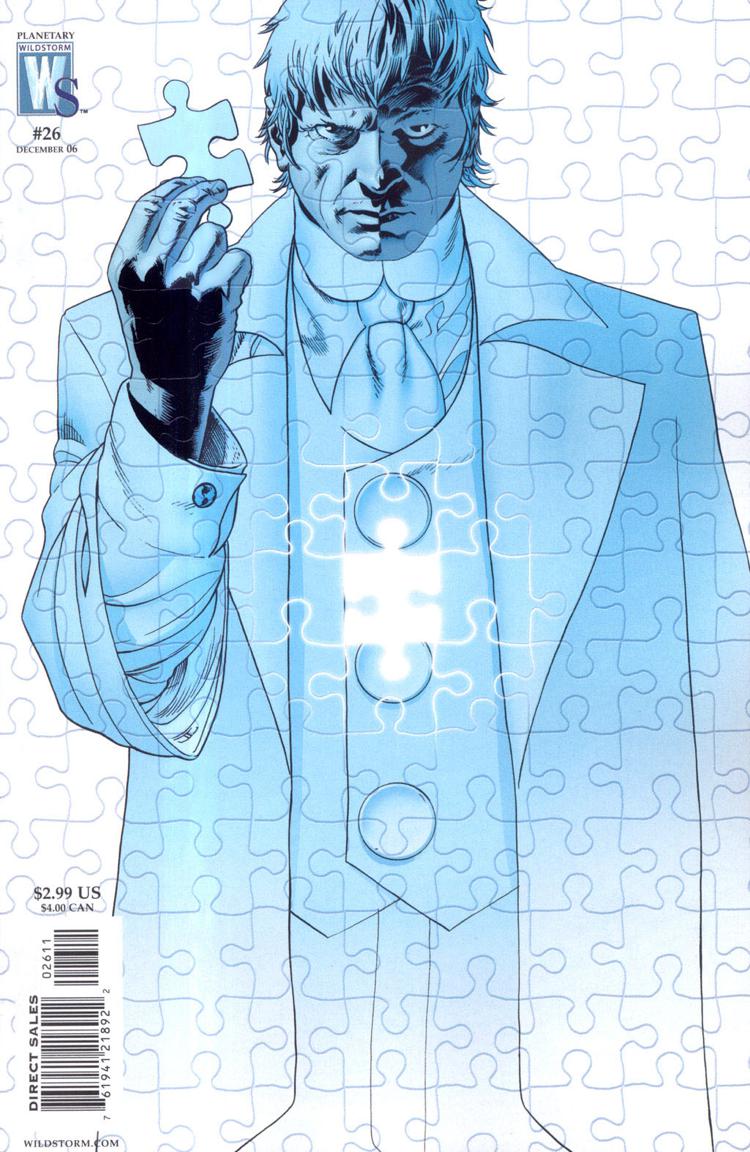 Up to this point, it’s pretty obvious I’m obsessed with the long game. 50+ issue story arcs that take a tale and really build to something huge.

But my favourite comic run ever is a 27 issue WildStorm book by Warren Ellis, John Cassaday and Laura Martin.

Planetary is a masterpiece. In a similar fashion to the brilliance of Astro City, Planetary digs into the deep history of comics, telling a story that brings practically the entire history of cape comics together in a way that is refreshing, new and flat out entertaining. Ellis slow burns the hell out of this, starting with basically one shot issues that suddenly all tie together into a narrative that is, in a word, un-put-down-able. Thankfully, for my sanity, I started reading Planetary the month before issue 26 was released, or the delays may have killed me.

I empathize too much with Elijah Snow’s curmudgeon-esque nature. His general disdain for having to do the right thing falls right into my “I dig Hellboy” vibe, and the characters that Ellis puts around him bring out the best cantankerous lines you can imagine. 27 issues is what we have with this character, and he outclasses so many characters who have been gracing comic book pages for decades.

The masterful way that everything in Planetary ties together in a story that is the exact perfect length for what it is trying to tell is a wonder to behold, and if you haven’t read Planetary….do yourself a favour and go find volume 1. Then order the other volumes so they are on their way when you need them after finishing volume 1.

So, that’s my five favourite runs…at least today. Give me 20 minutes and I probably will have 6 more series to add to this list, because comics are amazing, but these 5…they stick with me.

JOHN: Thanks Aaron! These are all great comics, and I will tease everyone by saying that at least one of your picks will find itself on my list later in the week.

Looking ahead at H5* this week we have more Favorite Run articles to run, the usual Tuesday Hot Five(ish), my musings on the week’s comics, a look back at how the world of comics looked “10, 5, 1” years ago this month, and then Friday will see a brand new Comicosity writer looking at some of the week’s best covers through the H5* prism. I hope you will choose to join us on the journey that lies ahead, as I think we are going to have loads of fun celebrating all that is great about this medium.