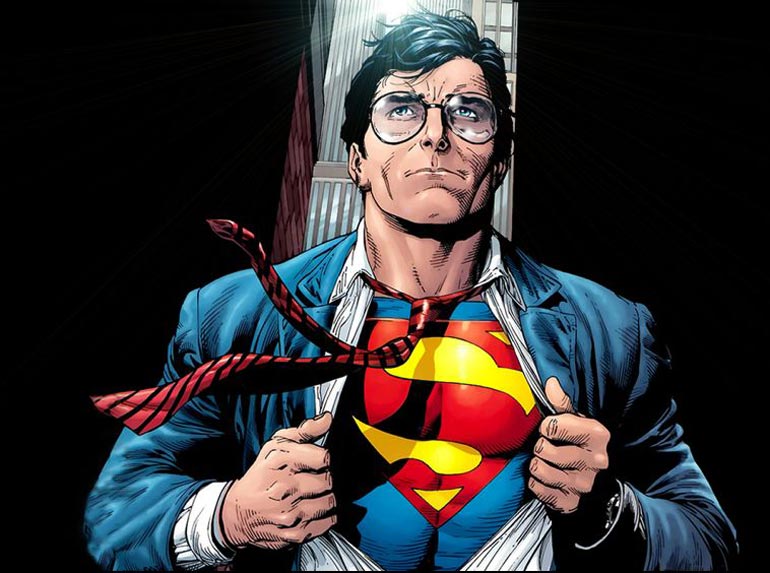 When is this shit going to stop being tolerated in comics?

These are words we see far too much in the world of comic books. Since Comicosity was founded in 2012, the instances of abuse reported throughout the industry have been too numerous to stomach. Most recently, revelations of the abuse and harassment by Eddie Berganza at DC Comics have come to light (and been verified and expanded upon by Buzzfeed, ultimately leading to his dismissal).

Prior to that, Scott Allie at Dark Horse Comics and Roc Upchurch, co-creator of Rat Queens. Before them, Yale Stewart, Chris Sims, Nathan Edmondson, Scott Lobdell, and Brian Wood. And these are simply names that have gone public. It’s unlikely the list stops there.

These people have abused their power and influence, something that appears to be far too common within toxic corporate cultures in comics. And these cultures don’t stop behind closed doors. Harassing and inappropriate behaviour has been mirrored at conventions, in comic shops, and online, where comic fans of all backgrounds, races, gender identifications, and sexualities find themselves targets.

The simple truth of the matter is that THIS NEEDS TO STOP, and it needs to be addressed at many levels, not only one.

Before going any further, credit must be given to the individuals with the strength to speak out against their harassers: Janelle Asselin, Tess Fowler, Joe Harris, Reese Upchurch, Val D’Orazio, and many others have risked career opportunities and more by stepping forward and exposing their harassers. This takes an immense amount of courage, and without their strength the public would not know about these abusive members of the comic book industry.

It is apparent right now that many of the companies who make comics have serious problems within their internal cultures. As harassment is brought to light, the actions of upper management at several publishers showcases how little it matters within their companies. From the outside, disciplinary effect appears nil. None of these organizations to our knowledge operate as zero-tolerance environments for abuse and harassment. And as harassment is brushed aside, poison festers within these companies, and that toxic culture permeates the comic book industry as a whole like ink on the page — from top executive all the way down to message board poster, with creators, vendors, and fans in-between.

The claims against Eddie Berganza have been out in the open for a couple years, yet he remained group editor of a prominent office with a very high level of authority and influence within the company. Scott Allie was an editor within Dark Horse Comics for years, presiding over some of their most prominent titles, and was recently hired (and subsequently removed after deserved criticism) by Image Comics to help curate an anthology against gun violence. Brian Wood writes series published by Dark Horse and Image Comics. Chris Sims writes for Marvel, as does Nathan Edmondson. There had even been talk of Roc Upchurch being welcomed back to Rat Queens by then-writer Kurtis Wiebe.

Accusations against each of these men have been public knowledge for many months (in some cases years), and in some cases even openly acknowledged by the men themselves. Change has to come at every level, be it in the form of executives setting policy, modified hiring policies to keep known harassers and abusers out of their workplace, and a stronger focus on creating environments where their employees and contracted freelancers feel they can speak up without repercussions. These individuals who are brave enough to speak up must be heard, and they must feel they can speak up without losing their jobs. And investigation needs to be diligent and respectful of the sacrifice it takes to make the names of abusers known.

What will that take? Likely a broad-based culture change at the heart of the industry, one that we talk frequently about in terms of fans and creators, but rarely in terms of executives, marketers, and management. Nearly every position of highest authority across most of large comic book publishers in America is held by a white male between the age of 40-50. We don’t just need to see more women and persons of color writing and drawing and reading comics. We need to see it in the invisible spaces of comic book production and sales as well.

But the attitudes that plague the comics industry are not limited to the publishers. Conventions are rife with harassment, to the degree that “Cosplay is not consent.” needs to become a common mantra. Many conventions have implemented a zero-tolerance policy toward harassment, which is definitely a step in the right direction. While policies cannot erase the problem completely, they lay the groundwork for a safe and inclusive environment for fans to enjoy conventions and set clear rules that can be enforced when lines of decency are crossed.

The rise of the Valkyries highlighted local comic shops that are accessible, welcoming, and safe for female customers (although they too had their issues with gatekeeping and racism). Shops are a cornerstone of the world of comics — for good or bad — and they need to be places that welcome readers of all types and interests. That is not the case for many today. We have testimonials three arms long of women who have been turned away, scoffed at, or made to feel unsafe by comic shop employees and owners. While there are still issues with diverse titles penetrating the direct market, thankfully we’re seeing the number of shops that do not tolerate harassment grow. Where this happens, the positive aspects of comic culture can flourish — including profitability.

Sadly, we don’t have the silver bullet to end the toxicity in comics. But there are a few things we do know.

We know that exposing harassment and continuing the conversation is key. We heartily salute those who have been tweeting, writing blog posts, and calling out harassment in the industry — and encourage sharing those posts as much as possible.

Publishers building safe environments for their staff and freelancers to work is key. We continue to honor those who have promoted diversity in the upper echelons of their companies. We know you’re there. And you can know they’re there, because we talk about their work at Comicosity A LOT. And we refuse to promote the work of named abusers in turn.

Combating online bullying is key, and we know that people standing up against harassment they see is important work. Those who have stood up for someone on Twitter being attacked by Gamergate or who have put their own reputation or aspirations on the line to expose harassment are our heroes, today and every day.

Turning away from the issue or any other issue will not make it go away. Harassment in comics needs to end. It needs to be fought. This is not just a DC Comics problem or a Marvel problem. It’s not just at Dark Horse or Image or any single publisher. It is pervasive and is hanging on tightly, supported mercilessly by nameless executives and egg-faced “fans,” hiding behind anonymity and a closet of secrecy and shame. It needs to be exposed.

The industry can be better. The medium is filled with potential — hell, this site was founded to be a piece of the Internet filled with love of comics — but this dark underbelly needs to be exposed for what it is. We’re not journalists. Most sites are going to do more important work in this area than us. On our best day, we’re here to critique work, advocate for representation, and be fans that encourage love of the medium for other fans.

Thank you to Senior Editor Matt Santori for collaborating on this editorial.