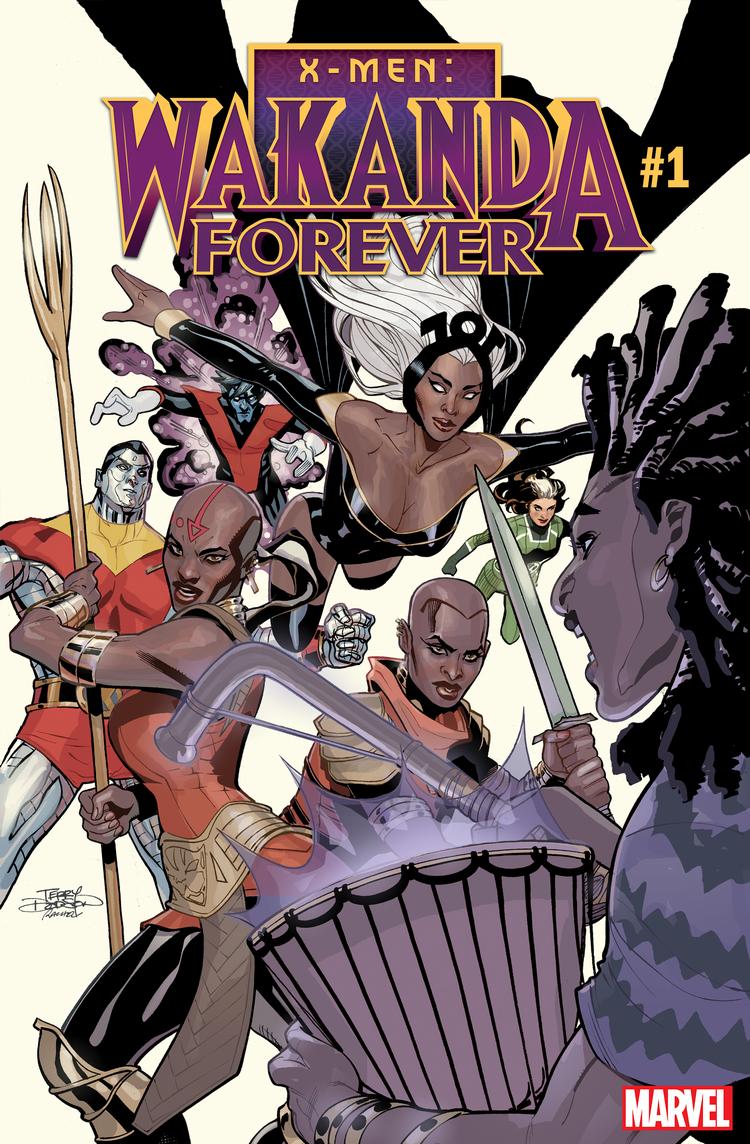 New York, NY—April 9, 2018— After their scene-stealing theatrical debut in Marvel Studios’ Black Panther, Wakanda’s fiercest warriors are traveling outside of their country to fight new threats and new troubles, in an all-new comic book story by award-winning science-fiction and fantasy author Nnedi Okorafor!

The WAKANDA FOREVER story starts in June with Okoye, Ayo and Aneka teaming up with everyone’s favorite webslinger, Spider-Man! In the second installment of WAKANDA FOREVER, out this July, the Wakanda warriors meet the X-Men – including the Black Panther’s one true love, Storm! But when Okoye, Ayo and Aneka come up against deadly former Dora Milaje member Nakia, their mission turns to protecting their king – no matter what the cost…

“This story is a big Marvel-style adventure with the Dora Milaje front and center,” said editor Wil Moss. “Nnedi may be relatively new to writing comics, but she already has the voices of all these characters down cold – from Okoye to Nightcrawler. Don’t miss this one, folks!”

Featuring art by superstar creator Ray-Anthony Height (Amazing Spider-Man), WAKANDA FOREVER: X-MEN #1 hits comic shops this July! And be sure to follow the Dora Milaje as their adventures in the Marvel Universe continue this August with the third installment of Nnedi Okorafor’s epic story.