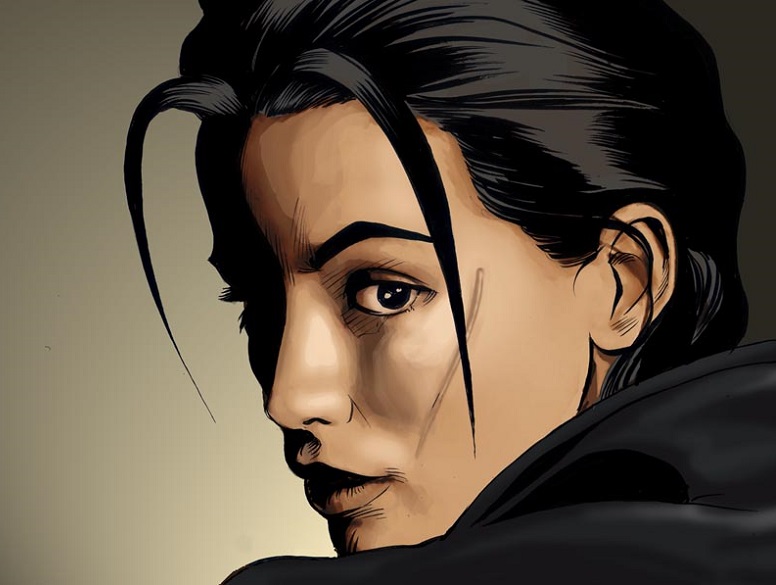 Welcome to a brand new series by Comicosity, where we get a chance to have a no pressure conversation about comics with female creators in the community.

Often female creators are pushed to sell their books, justify their actions, to say why they should be hired over “more traditional creators.” Instead, I wanted a chance just to see how these women feel about comics, working in comics, and what they love about comics.

And it’s not just female writers and artists… this series has already reached out and will be hearing from colorists, editors, letters… women working across every aspect of the comic industry. Their creativity is inspiring to people throughout the comic fandom who enjoy their work.

Erica Schultz is the lead creative mind and writer behind the series female assassin series M3, has written a humorous story called The Unauthorized Biography of Winston Churchill: A Documentary, and helped bring ABC’s Emily Thorne to the comic world with the new graphic novel Revenge. With her love of kick-ass female fighters and very clear and upfront opinions about comics, and actively working on both the independent and big two sides of comics, Erica was a natural choice to talk to about working in the industry.

Erica Schultz: I love stories and storytelling. I love movies for the same reason I love comics: It’s a visual medium. Novels are great, don’t get me wrong, but there’s something special about being presented with a tale in a comic book format.

ES: I love coming up with ideas. I really do. It could be a snippet of a scene, or just the broad idea, or character bio. I live for that. When you get down to the nitty gritty of scripting, that’s less fun for me, but thinking in those broad brush strokes is really fun for me. 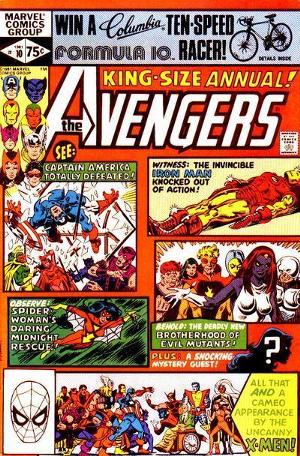 ES: Growing up, I read mostly superhero comics. Chris Claremont and John Byrne’s run on X-Men was very influential to me in the sense of telling a compelling and epic story. My favorite protagonist and antagonist is Rogue. She came out of Claremont and Golden’s King Sized Avengers #10 back in 1981. She’s my gal.

More recently, I really do enjoy Velvet by Ed Brubaker and Steve Epting. Not only do I think these guys are a dream team of creativity, but Velvet is a kick ass female spy that reminds me of another kick ass female assassin… hint hint…

I have a “day job,” so my creative working days are actually working evenings, unless you’re talking about sick days and weekends. I usually get up at around 6:00 or 6:30am. I check the notebook at my bedside to see if I scribbled something unintelligible on it in the middle of the night. If so, I go and transcribe it in my laptop. If not, I check the news and my emails. Then it’s shower, breakfast, and off to the train. I have around a 40 minute train every day, so I try and write on the train. Sometimes it’s about that idea I scribbled in the middle of the night. Other times, it’s fleshing out other ideas that are already in the works.

When I can, I try and write at work, but it’s not always feasible. If not, I usually write on the train ride home. Then it’s on the bike for about 45 minutes to clear my head, another shower, and then in front of the laptop until I can’t sleep anymore. Somewhere in there, my husband pokes me on the shoulder and asks if I’m hungry. I usually grunt in the affirmative.

On the weekends, I get up at around 6:30 or 7:00 am and just go straight into our office to start working on whatever is top of mind. When my husband gets up, he makes breakfast and usually slides something under my nose to eat. I can get a little obsessive about working and not eating. That is NOT a good habit to get into, people. Depending on if I’m on a deadline or not, I can work until 8:00 pm with little to no breaks, hence the obsessive comment. 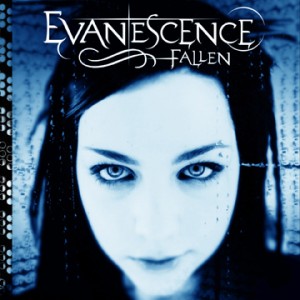 I also like to script fight sequences to a particular piece of music like a choreographed dance. I usually like working with music on in general, as I feel it helps to give me a creative beat and rhythm. Sometimes, though, I have to turn it off to focus. Sometimes the music takes me a little too far off task. We can’t have things like Vella fighting space aliens, so that’s when I need to have some silent focus time.

ES: Any woman in comics is a good thing. If women are artists, writers, editors, inkers, letterers, colorists, webmasters, producers, whatever.

Let me just say this: ANY woman in comics is a good thing for the industry. I’m not just playing the “sister” card. Bringing new perspectives to the medium will enrich ALL the stories from the Big Two to creator owned work to the person just writing fan fiction in her/his basement. The world is a VERY big place, and to only share stories from the (generally) white, male perspective is so limiting to the medium. 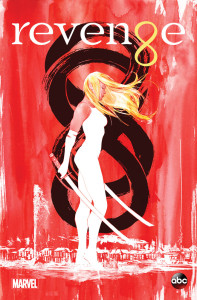 M3 was my first foray into comic books, so I believe any and all M3 will be my favorite. I do really love my work with Claire Connelly on our one shot called The Unauthorized Biography of Winston Churchill: A Documentary. If you haven’t checked this book out yet, you have to… It’s going to be our Eisner shoe-in for next year.

ES: Marguerite Bennett was on the Women of Marvel panel with me (at San Diego Comic Con), and she said something pretty damned awesome. I’m going to paraphrase, so please don’t think I’m misquoting her: “I’ve never met a weak woman. I’ve read about them, I’ve seen them drawn, but I’ve never MET one. EVERY woman I’ve met is a strong woman.”

ES: I started in comics in 2009, so Facebook and other types of social media were in existence, but not to the point they are now. Just look around you. How many people are actually looking up, and not down at her/his phone? Social media is a really touchy beast. One day things can go wonderfully where you reach 80% of your Kickstarter goal, or reach out to a bunch of new fans. Then the next day, you can be accused of being a Nazi pedophile.

Social media has become necessary in order to be considered legitimate and serious about getting work in the business. It’s the “proof” everyone needs to see you’re really dedicated to your craft, etc. Would my life be easier without Twitter? Maybe. Maybe not. But it would be much more difficult to connect with people about projects without Twitter and Facebook.

ES: I think more female fans spending more money on comics and comics related items proves that females DO enjoy comic books. Because comics have traditionally been for men by men, the idea of “women don’t like comics” has proliferated. More female creators that are out front and more female consumers help to tip the scales.

Look, comics are for everyone. Some comics appeal more to one type of group than others, but that’s with everything. The fact is that women are buying comics for themselves and their daughters, and the dollars coming in don’t lie.

ES: It’s same advice I wish I had heard when I first got into advertising: You won’t sell every pitch you put out there. You’ll likely sell 3-5% of them. And that’s good! Also, every little bit you do to further your comic really does help. Tweets, RTs, posts on Facebook, all of that helps. The BIGGEST thing that helps is MAKING your book. Put it out there and get in front of editors.

It’s not comfortable (for me, at least) to say, “Hey, here’s my book, and it’s really great!” But it is necessary. No one is going to come to YOU for your work. YOU have to put it out there and be behind it and BELIEVE in it. Your book could be the best thing in the world, but if you’re not promoting it, no one will know about it.

ES: I hope people get joy from my work. Whether it’s a thrill and a rush reading M3 or Revenge (for Marvel, coming out September 3rd) or a laugh reading Churchill. I want people to enjoy my work. If someone comes up to me at a convention and says, “I really liked this,” that’s the best compliment I can get.

You can check out Erica’s series about a female assassin who has more than her fair share of unknown family drama at M3Comic.com or VicesPress.com;

or her graphic novel about Winston Churchill she has created with artist Claire Connelly, ClaireConnellyComics.com;

And, if you’d like to check out ABC’s Secret Origin of Emily Thorne, visit: http://abc.go.com/shows/revenge/news/news-and-updates/062414-marvel-revenge-graphic-novel-the-secret-origin-of-emily-thorne-comic.