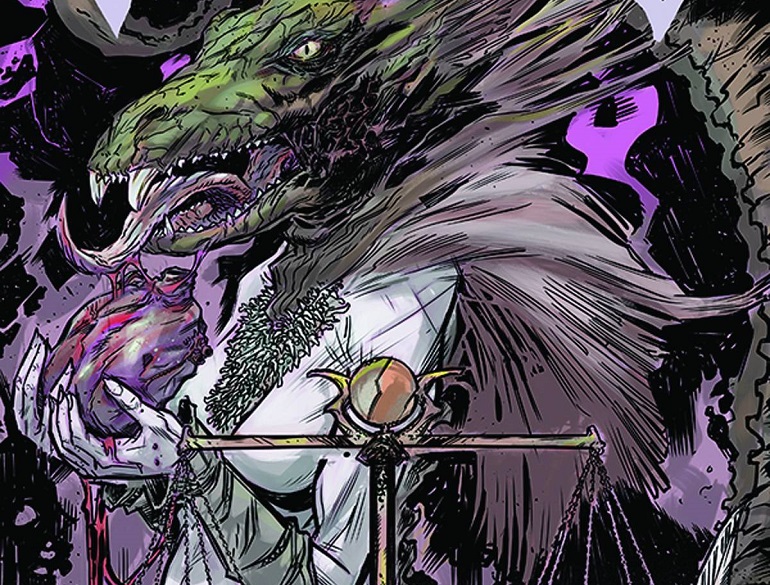 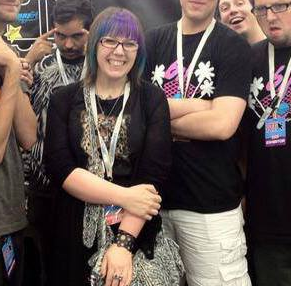 Colorist Kelly Fitzpatrick is working on some of the more fanciful and most creative comics being printed right now, such as Dark Engine from Image Comics. I got a chance to get to ask her how she thinks social media has affected the industry, and just what are some of her favorite jams to listen to while working and more.

Kelly Fitzpatrick: You can pretty much do anything with storytelling and art in comics and I love that!

KF: Talking to other creators and hearing good feedback. It helps me continue to grow as an artist.

KF: I think overall, the books that really affected me artistically were the Tim Sale and Jeph Loeb books. Their Batman series (Long Halloween, Dark Victory, etc.) and books like Spider-Man: Blue I always thought were great! Batman is probably my favorite protagonist and Joker as an antagonist. I grew up with watching the 90’s cartoons and Batman has always been one of my favorite series. As far as colorists, I’m always looking at Dave Stewart, Nathan Fairbairn, Matt Wilson, Matt Hollingsworth, Bettie Breitweiser, and of course Jordie Bellaire for inspiration.

KF: I wake up, drink 2 cups of coffee and eat breakfast. I try and get 2 pages done before lunch, but sometimes I’m prepping pages from flatters, reading scripts, and checking emails so I don’t get as much done as I’d like. I’m a little neurotic, so I normally keep my phone nearby to check emails during lunch. After lunch, I try and get another 2-3 pages done before dinner and on a late day (which happens more often than not) I color another couple pages before going to sleep. Of course twitter and facebook get in the way, but it’s good to take breaks- especially for my hands/ wrists. 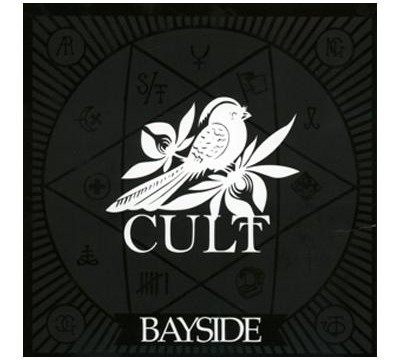 KF: NO QUIET! I can’t work in quiet with the exception of reading scripts. I listen to a couple of podcasts (comic vine, fatman on batman, mega64, gaming cult, let’s talk comics, the x-files files, etc.) and I’m constantly listening to music. I listen to A LOT of music. My current albums on repeat are Bad Things- Bad Things, Bayside- Cult, Chvrches- The Bones of What you Believe, Dum Dum Girls- Too True, Ivan and Alyosha- All the Times We Had, Lorde- Pure Heroine, Lush- Lovelife amongst a BUNCH of others.

KF: I think webcomics have the best representation of women because of the accessibility of people both drawing and writing them (IE: Kate Leth, Abby Howard, Erika Moen, etc.), but with creator owned titles like Rat- Queens, Sex Criminals, etc. and all of the new series coming out from Marvel, I stay pretty hopeful with representation. I’m not sure I really have a favorite though.

KF: I’m really excited about the work I’m doing with Shaun Simon and Tyler Jenkins on Neverboy over at Dark Horse Comics. I’m gutted that people won’t be able to see the first issue until March. It seems so far away! I’m also excited about the new Image book I’m working on starting with issue 2. It’s called Dark Engine and I’m working on it with Ryan Burton and John Bivens.

KF: Having a different perspective and being able to bring different ideas to the table. It makes the conversation have more of a balanced perspective.

KF: I haven’t been working in the industry long, but twitter has changed EVERYTHING. Even when I was looking to get into the industry after college, I felt really disconnected and had a hard time attending conventions (especially living in Sarasota, FL and Houston, TX). That was really the only way to get a hold of people and ask for advice. That or hope people answer your emails blindly (which wasn’t really happening because people are busy! Ha!) Now you can talk to any creator and they will respond to you on twitter almost instantly! It’s great! It’s opened up so many doors for me and I’m sure loads of other people (for better or worse).

KF: CHANGE! Now I can walk into a comic book store and feel like there are books catering to my tastes! It’s so nice! I don’t just have to relate to male characters because there are female-led titles. I used to buy Daredevil books just to read Elektra stories because I thought she was so cool! I’m glad that there is more diversity now in comics. And have you seen the new Batgirl designs??  I know I’m excited!

KF: Go to conventions. Talk to writers, artists, and other colorists. Don’t be afraid to ask for advice. Expect long working hours- especially before and after conventions.

KF: I hope they feel like I am enhancing the artists’ work and not just coloring over it or ruining it. Ha.

You can check out more about Kelly and her work at: