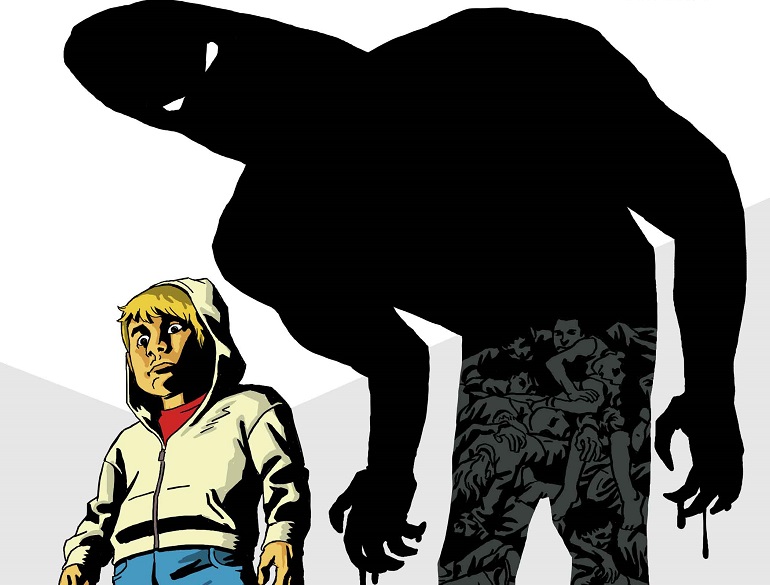 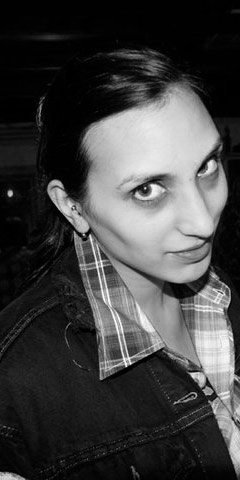 From Semiautomagic, Miranda Mercury, RoboCop, Exit Generation, Deadhorse, to Headspace and Sovereign… Dark Horse, Image, BOOM! Studios and the digital first Monkeybrain have all been touched by the colorful eye of Marissa Louise. We were able to ask the colorist about her work days, which books have influenced her and the importance of staying grounded even when things go well in your career.

ML: I love the collaboration. It always takes an idea to greater heights.

JB; What issue or series has had the biggest influence on your work? Who is your favorite protagonist/antagonist?

ML: EC Tales of and Mad Magazine always had a really high caliber of art. It was also much easier to get access to those when I was little. I also read lots of Mike Mignola from the library. Dark Horse fills lots of libraries in Portland with comics and manga.

ML: Get up around five am sketch a little. Go back to sleep for an hour. Feed the cats. Answer emails and plan my day while drinking coffee. Days when my husband is off work are always shorter (8 hours or so). Days where he’s at work I get to work 9am-7 pm or 9 pm. If deadlines are loose I goof around a little with the cats and take meal breaks. Do house hold chores when I’m stuck on a page.

But mostly I just color and answer emails for the day and try to take exercise breaks.

ML: I like to be exposed to new things so I also listen to WFMU streaming or recorded programs like $mall Change for Heroes & Villians or Liz Berg Show or Bitslap. I will get my friends to send me plays lists.  I have a “Meet your deadlines” play list of Hurricane Smith, Iggy Pop, Harry Nilsson, The Unicorns, Art Brut, Kid Creole & the Coconuts, King Khan & The Shrines, and other high energy stuff I can warble along to when I need to work extra fast. During the day I’ll listen to podcasts or history lectures.

ML: There are lots of excellent examples of female characters. I am fortunate enough to work with many great female characters right now like Miranda Mercury and Ann Lewis and a few more I can’t disclose right now. Original Spider-Woman is pretty great. It gets a little cheesy-cake at times but I think she sincerely cares and tries hard. I know lots of people hate the outfit, but I’ve always loved it. If we expand outside of comics I LOVE Mattie Ross from True Grit, she’s a complicated little girl. I really identify with an element of each of Ranma’s fiancee’s in Ranma 1/2. I would be remiss to not mention the Sailor Scouts. I deeply love Parker and Sophie Devereaux from Leverage. 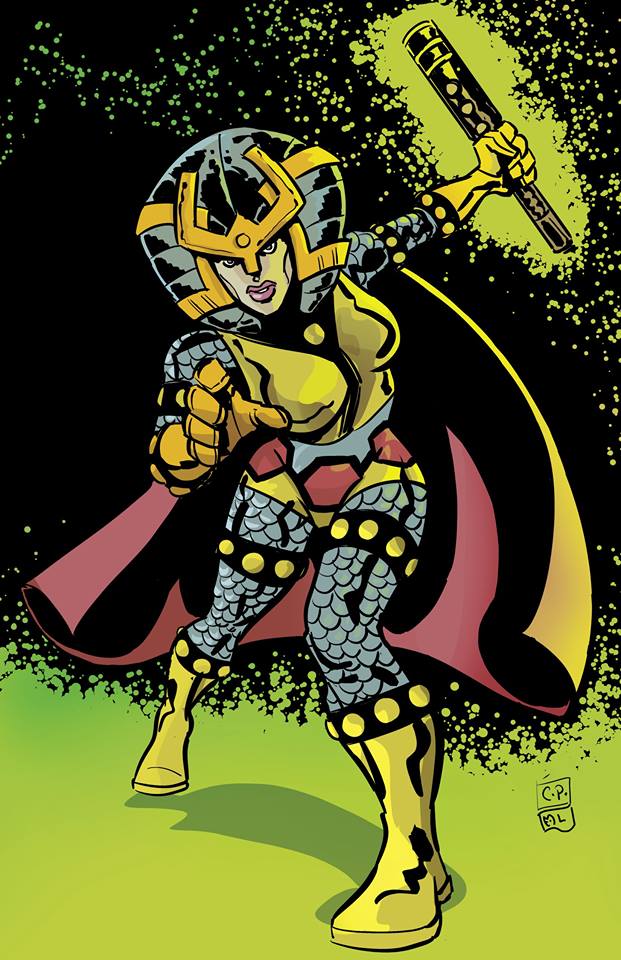 ML: I’m really excited about Miranda Mercury, but that’s a ways in the future. I have a few teammates who, every time we work together I am extra proud of what we create.

I was also fortunate enough to be party to Georgia Webber’s silent reading happening. I helped iron out a few wrinkles so she can take it around the country. I think it’s an excellent example of comic’s direct ability to create empathy and disseminate idea’s quickly.

ML: We’ve always been here. Women were working at EC from the beginning. Jackie Ormes created Torchy Brown in ’37. It is my understanding that women have always been highly represented in coloring. Especially if you count the little old ladies in upstate cutting up separations for production.

I think it was really only in the 1990’s when comics became an ouroboros of marketing, self censored history and pop culture reflection of comics being just for boys.

ML: I’m new enough to the game that social media has always been around for me in comics. But when I was doing fine arts and illustration in the early 2000s it wasn’t really a thing. I spent a lot of time going to openings and events trying to get face time with gallery owners, artists and collectors. It was intensely challenging to secure time with someone. I haven’t always been the charmer you see before you, so I messed up a lot of my early career connections with poor interactions.

ML: Like I said earlier, women have always been here. It just depends on how you tilt the numbers. Saladin Ahmed is working on collecting hard data of young females consumers before the comics code went into effect. Archie & EC always had strong female readership. Why even Spider-woman #17 has a letter in the back asking them to chill it with the cheesecake and all the other letters are from women saying the love Jessica.

When comics moved out of spin racks and into dedicated stores many women moved over to manga. I went to comics conventions when I was 15 kn the ’90s, I was definitely not the only girl there.

ML: I was lucky in this regard because I failed in many previous industries and learned from it. But one piece of advise is true for almost all beginners in every industry: You aren’t hot shit.

No matter how good your work is, don’t be a jerk, because your work isn’t that good yet.Working in any creative industry is about building reliable networks that want to continue to work with you, be it galleries, publishers, art directors, or suits.

ML: As a colorist I’m not as much in charge of creating the message, but I try to make sure all my books normalize diversity, because that’s normal to me.

ML: All I want is to do the best work I possibly can and to provide for my family.