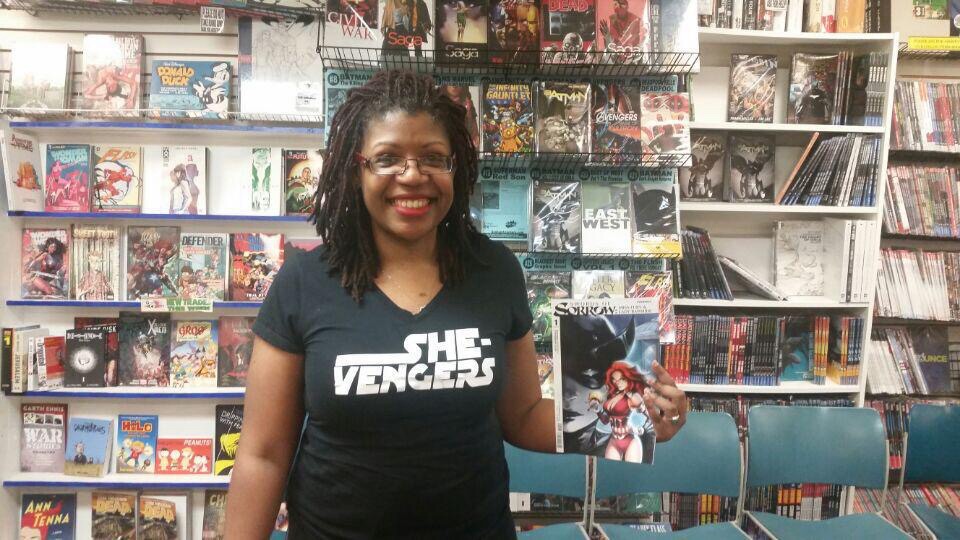 Mikki Kendall is a famous across Twitter for her work in the science fiction community. Now she’s turning her talents to comics, with her first book Swords of Sorrow: Miss Fury & Lady Rawhide. I got a chance to find out what inspires her.

Mikki Kendall poses with her comic at a signing last week. Image from her Twitter @Karnythia

Mikki Kendall: I love the escape that they provide. When you want step completely outside of yourself, comics are a great mechanism for that. There’s something about the visual aspect of this form of storytelling that really grabs me.

MK: There are no limits to what you can put into these worlds. Vampires, superheroes, time travel, you name it and there’s a comic book for it. In fact you can put all of that into the same comic book, and no one will bat an eye. It’s wonderful.

MK: So this is where I swing wildly away from common canon. My favorite comic series of all time is probably The Crow. But I also love Mr. Fixit, Storm, Static Shock, She-Hulk, the X-men, Batman, Superman, She-ra…it’s possible my taste = a grab bag of influences. I can’t say I have a favorite protagonist (I do have a dream roster, but that’s a whole other post), and while I really enjoy certain types of antagonists more than others I don’t just have one fave there either. In my mind Poison Ivy, Harley Quinn, and Emma Frost should be able to team up on Tuesday and fight the Jabberwocky with Alice, then turn around and stage a heist the next day.

MK: I usually get up early and putter around until my kids are out the door. Then I wrangle any emails or calls and then I settle in and write for a couple of hours, but that’s usually non fiction. My real creative writing time tends to be late at night after everyone is asleep. For some reason I come up with the best things at 2 am. 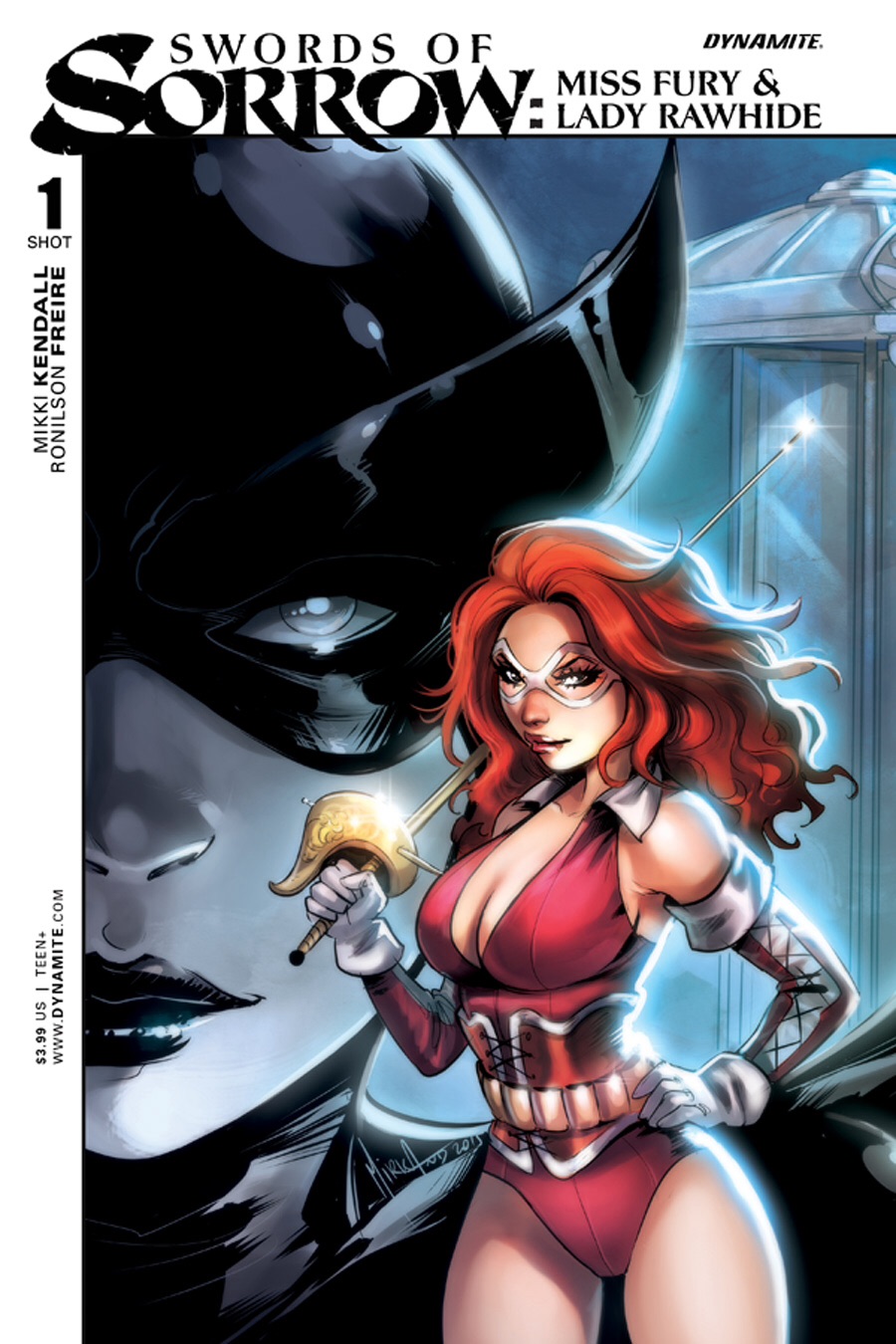 MK: It depends on what I’m writing. I often listen to music (current fave is Hozier), but sometimes I put on old movies and write while I listen to them. Total silence is never desired, but quiet noise is welcome.

MK: In comics? Swords of Sorrow of course (we will all ignore that it is the first one I’ve ever been part of creating), but I hope to have more options some day.

MK: We’re getting more complex female characters with internal lives that we get to see play out on the page. All too often the backstory for female characters goes undeveloped or underdeveloped because the writers don’t have that personal experience.

MK: Well for me social media is how I got into comics. I first met Gail through Tumblr and Twitter, and because I promised to bring her cupcakes we met in person when she was in Chicago for C2E2. That led to a conversation about me writing fiction & Gail asking to see it. She really liked my story “If God Is Watching” which led to me getting the chance to do this project. I’m…a fan of social media’s impact on comics. You can see why.

MK: I don’t think there are necessarily more female fans (I grew up on comics and in my family everyone read at least one or two series), but I will say that I think we’re being acknowledged more now. I think the biggest impact has been seeing more women in public enjoying fannish spaces and those spaces being explicitly welcoming to women.

MK: I would have loved a “This is what these terms mean, and this is how you do X, Y & Z” speech. Only because it would have kept me from asking the million and one questions that I asked the She-vengers (the writers on the Swords of Sorrow crossover.) Because I was such the clueless newbie. Fortunately they were all very patient!

MK: I hope they get the idea that heroes come in a wide variety of bodies and so do villains. There’s always room for another perspective in fiction.

MK: All I want is to be able to write really great adventures for all of my favorite characters and see at least some of those stories told on screen.

If you’d like to find our more about Mikki’s other literary work you can check out If God Is Watching at http://revelatormagazine.com/fiction/if-god-is-watching/