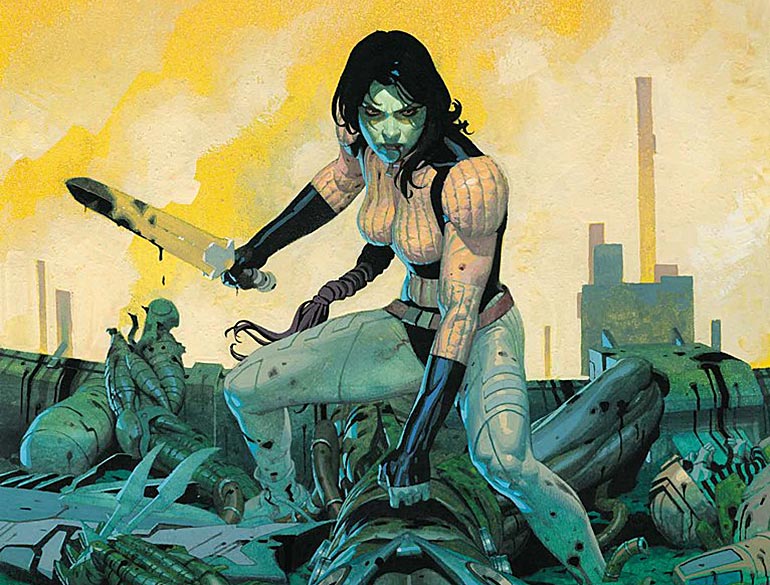 Very few columns make me smile like HERoes, Comicosity’s focus on the process and influences of women creators — from new-to-the-scene to senior in the industry. This week we talk to writer Nicole Perlman, who has just launched a Gamora ongoing with Marvel Comics.

Jessica Boyd: Is there any major change or difference in writing scripts and screenplays compared to comics?

Nicole Perlman: A film is certainly paced differently, since it’s not broken up into episodes or locked into a structure where time is conveyed through static images. Also elements like actors’ performances, camera movement, and music can convey emotion in a film without having to rely on dialogue or visuals. But one of my favorite things about writing comics is the opportunity to glimpse a character’s inner thoughts – whereas the film equivalent (a voice-over) is often frowned-upon in screenwriting. I also love the visual impact of a splash page or double page spread.

JB: Has there been any major advice you’ve been given about working in the comic medium, or transition help?

NP: I’ve received great encouragement from my high school pal, the amazing writer Willow Wilson. I also worked with Brian K. Vaughn recently on the studio side of things, and he was very helpful. Brian reinforced the idea that I should leave room in my panel descriptions for my artist to build upon a proffered visual concept – or even take it in an entirely different direction from what I was picturing. 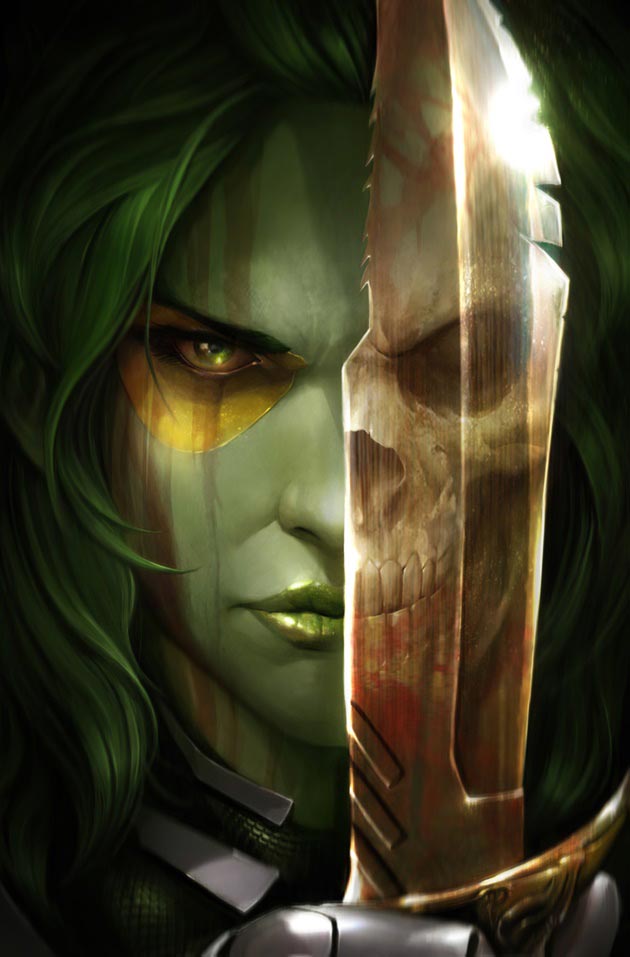 NP: I’m usually juggling four or five projects at all times – film, television, and comics – and each one different phases of production. So I never have the same day twice – and I work every weekend. In general, I try to do chores, research, and correspondence in the morning while my brain is slowly booting up. I hit my writing stride after lunch, and tend to write until it’s time for dinner.

JB: Musical inspirations? Or do you need quiet to write?

NP: I don’t listen to music while writing, but I do prefer a some bustle around me. I have a home office, but when time permits I like to write in crowded coffee shops. Something about being surrounded by people who are all hard at work on their own projects, keeps me focused on my own work.

JB: Who is your favorite protagonist or antagonist in all of comics?

NP: I’m not sure if I have a favorite character per se – but I adore Ginny in Pretty Deadly and Alana from Saga. Tom King’s depiction of Vision is also unbeatable. 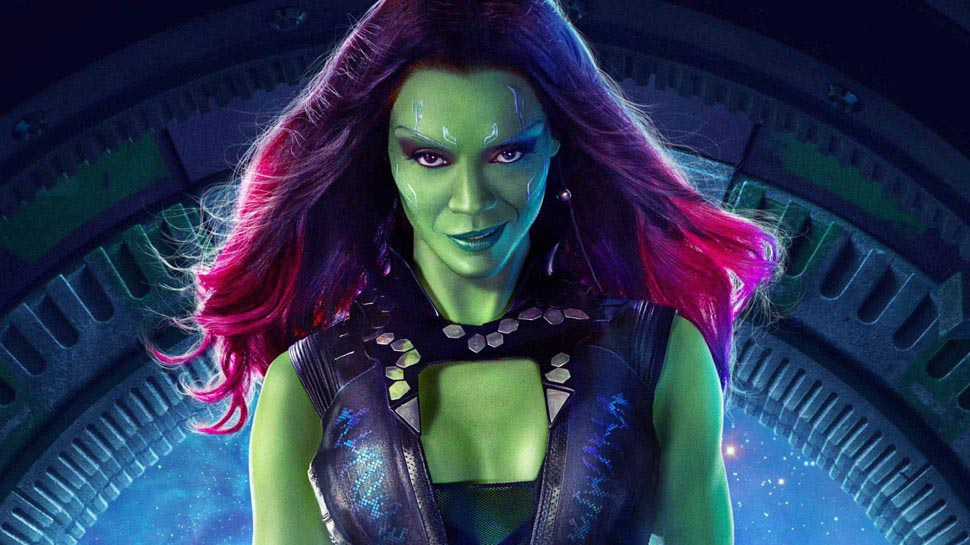 JB: Is there a dream character, you’d love to get your hands on?

NP: Less a dream character than a dream team – but I think I could’ve had a lot of fun with “Runaways.”

JB: If you were in charge of a major comic crossover event what character would you want it to focus on, or do you think would speak to most readers?

NP: While I did enjoy Annihilation for its epic sci fi nature, as well as the first Civil War, I’m not quite sure how to answer that question , as I’ve honestly always been less enamored of major crossover events than I am of individual character-focused stories.

JB: What message(s) do you hope people take away from your work?

NP: My work in film is pretty different from what I’m doing with Gamora – but in general I find myself drawn toward stories with clear thematics.

With the Gamora comic series, the thematic question I’m exploring is, “what makes you powerful?” Rage or righteous anger can make you feel powerful – but it can also create blindspots that can be used against you. Thanos has been stoking Gamora’s desire for vengeance in order to get her to learn to kill on his behalf.

He’s also been feeding Nebula’s jealousy of Gamora, in order to keep the two of them from ever teaming up and potentially overpowering him. Once Gamora realizes her rage is a weakness and not a source of strength, she will be one step closer to becoming the warrior she is when she joins the Guardians of the Galaxy. 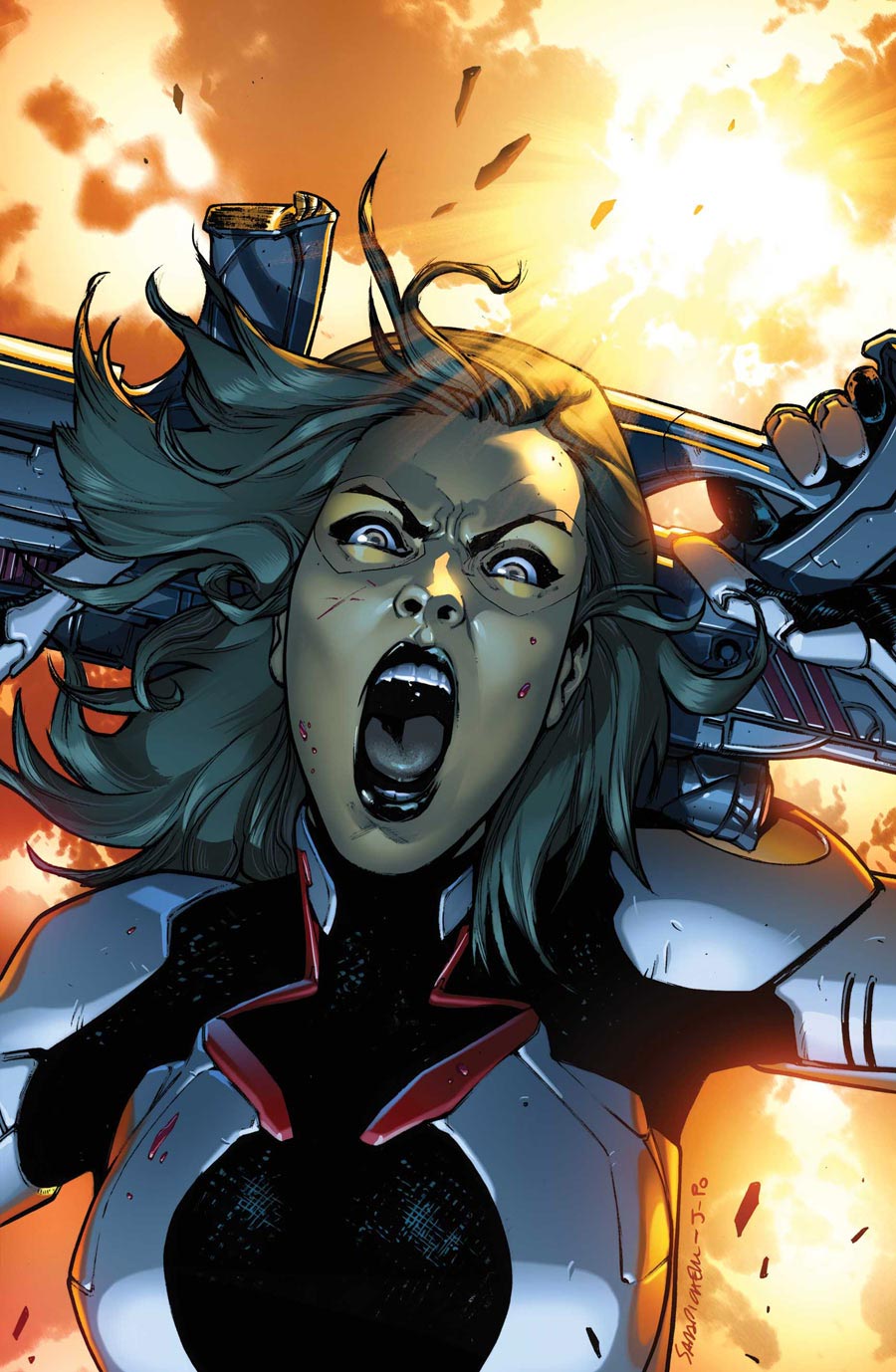 NP: …“to create a character with enough depth that one day another writer will want to pick up where I left off, and tell completely new stories with him/her.”