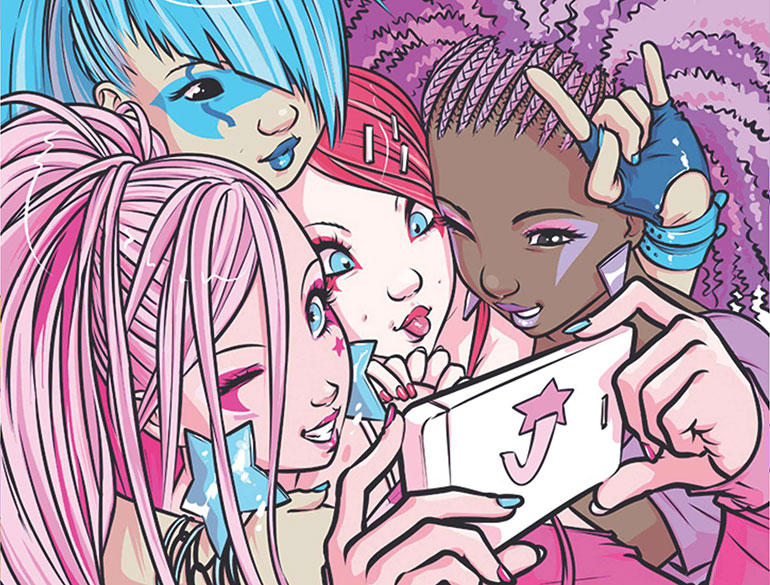 We get a chance to have a pressure free conversation about comics with women who are creators in the comics community. Their creativity is inspiring to people throughout the comic fandom who enjoy their work. 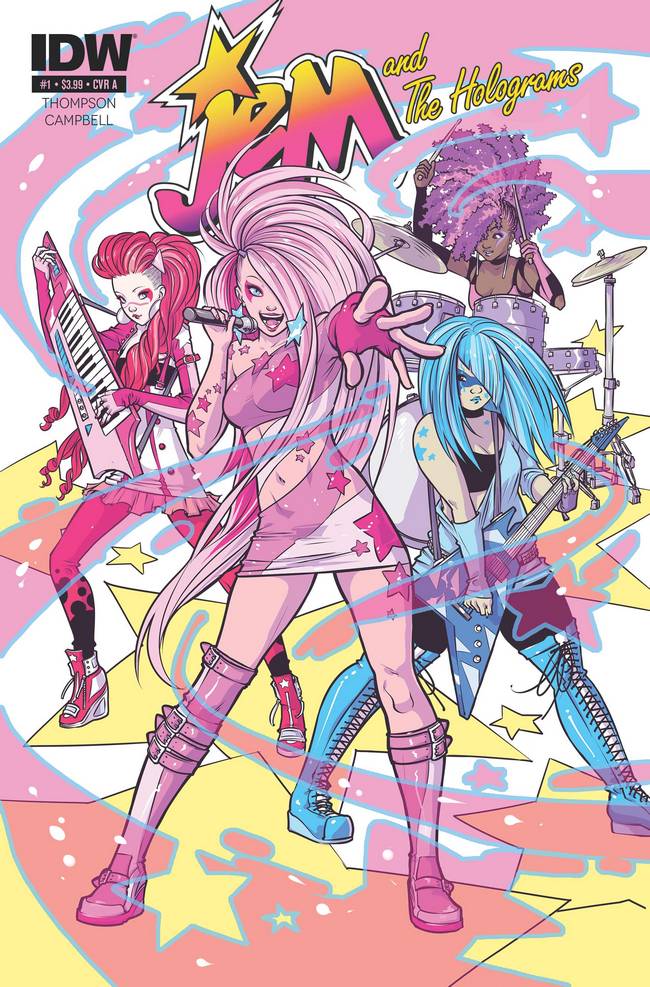 Sophie Campbell is a comic writer and artist known for her indie comics Wet Moon and Shadoweyes. She’s done artwork for books such as Glory and Teenage Mutant Ninja Turtles and is rocking out the comics world with Jem and the Holograms. We took the time to talk to her about her biggest comic influences.

Sophie Campbell: It’s hard to pick just one thing! Maybe I’d say connecting with the characters, which obviously happens in every medium, but I feel like with comics it works a little differently, at least for me. There’s something about the way comics is that feels more intimate to me than a cartoon or prose, and I like the way comics can let you sit with the characters, you can see their eyes and how they move while being combined with the way prose lets you move the story forward at your own pace. Did that make any sense?

JB:What is your favorite part of creating comics?

SC: The first 11 issues or so of the Mirage Teenage Mutant Ninja Turtles comics, and Calvin & Hobbes are probably my biggest influences. My favorite protagonists are Karmen Ortiz from ‘Lost Pieces,’ Raphael, Leonardo, and Alopex from TMNT, Marrow from X-Men, and my favorite villain is Koya from TMNT.

SC: I usually work sporadically, I’ll work hard for a couple hours then take a little break, then work in another burst of activity, off and on all day until I go to bed. I don’t really have many hobbies so I don’t do much besides work. A lot of my work energy goes into trying to stay away from the internet and trying not to take naps. 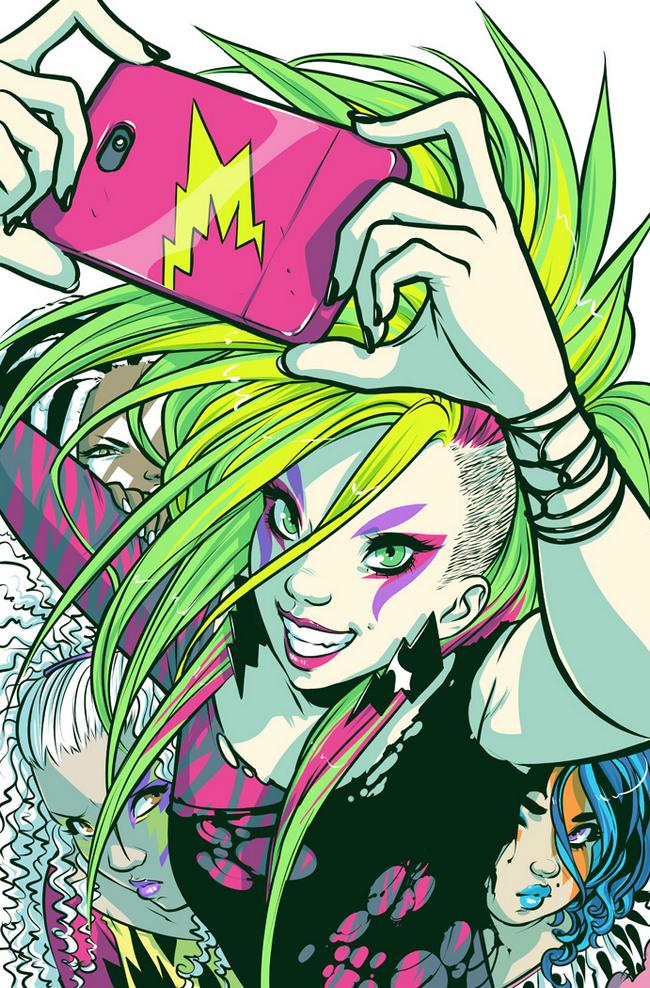 SC: If I’m focused on something and really having fun, sometimes I like quiet, especially during the day. I listen to music too, and also podcasts and a lot of times I have movies playing in the background. Most of what I listen to these days is Bella Morte, the Birthday Masscare, Brandy, Celine Dion, Demi Lovato, Cascada, and Carly Rae Jepsen.

SC: I can’t pick just one, so here’s a list: ‘Meaty Yogurt’ by Megan Rose Gedris, ‘Lost Pieces’ by Erin Watson, ‘This One Summer’ and ‘Skim’ by Jillian Tamaki & Mariko Tamaki, and ‘SuperMutant Magic Academy’ by Jillian Tamaki.

SC: There’s the obvious stuff that I see many people talking about like different perspectives and different ideas that go against the (increasingly less so) male-dominated field of comics, simply having one woman involved in an otherwise all-male team can make a huge difference, which is great, but I think the most important thing is simply women telling their own stories or offering up their own ideas. Another important thing is that it can show young girls that women are involved in creating comics and that it’s something everyone can do, it’s not just a boys’ club. That seems to be changing really fast, though. 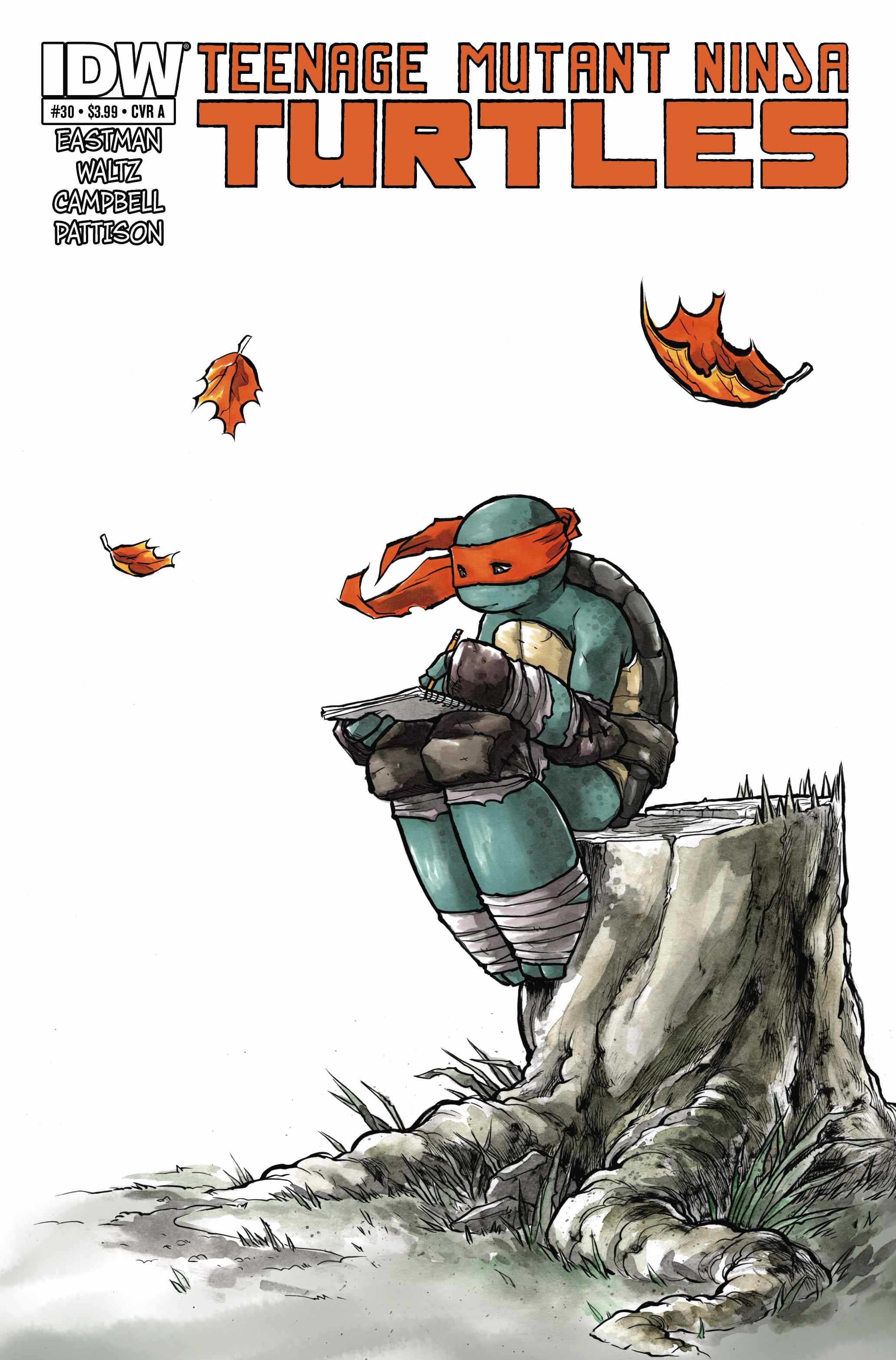 SC: When I started in comics the internet was still getting going and there wasn’t much online networking at all from what I remember. It was all pounding the pavement at conventions and making friends and contacts that way. That’s still important and helpful, but now with all these sites, Twitter in particular, it’s so much easier to network and get yourself out there. Editors and publishers are one tweet away. It’s so much easier now to get your work in front of people.

JB: What do you feel is the biggest impact of the growing number of female fans or the acknowledgement of fans who are women in comics?

SC: One is that it’s breaking down the mainstream notion that comics is a boys’ club or ‘comics are for boys’ or whatever idea a lot of people have held about it. And two, it seems that they’re finally catching the attention of big publishers like DC and Marvel, who realize there’s a big audience there waiting for new comics that aren’t the same old stuff over and over. It also helps with the visibility thing I mentioned in the previous answer about female creators, it broadens people’s horizons and brings in even more new fans and creators.

SC: Figure out how to manage your time because if you don’t, it’ll be a hard habit to break.

SC: That’s a hard one. I want people to take away whatever they personally see in my work, I’m not going to tell people what they should feel or think about it, but when I talk to fans I always like hearing about my characters being real and believable. So maybe that’s what I’d like people to experience.

SC: …to win the lottery so I can draw whatever stupid comics I want and not have to worry about money or how many people are reading my work.