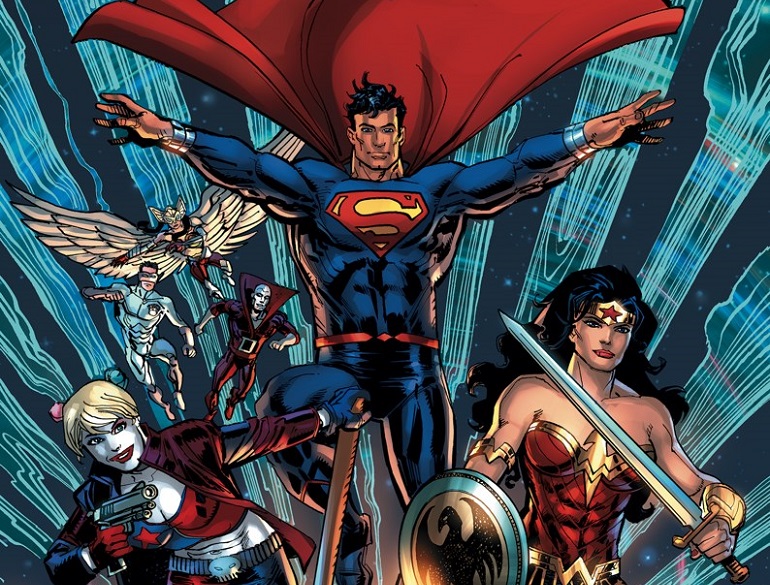 Vita Ayala caught the collective attention of the comics online social network with her work at DC Comics Most Wanted: El Diablo and Amanda Waller. Now, she is gearing up to unleash more comics onto the world with a new Black Mask Studios project as well as more DC Comics work. Vita has a mixture of creator owned and classic superhero influences that fuel her creativity and shaped her. She has a refreshing way of perceiving classic comic book characters. This interview only skims the surface of a writer that has plenty to share with the comics community.

Vita Ayala: I think my favorite aspect of comics is that it is such a fluid medium, not text and not illustration, and there is so much that goes on in those transitional spaces. The interaction between words and art, the ambiguous but very present action between panels… I think THAT is where the connection between the readers and the creators is, because the work is still being created there long after the book is printed. 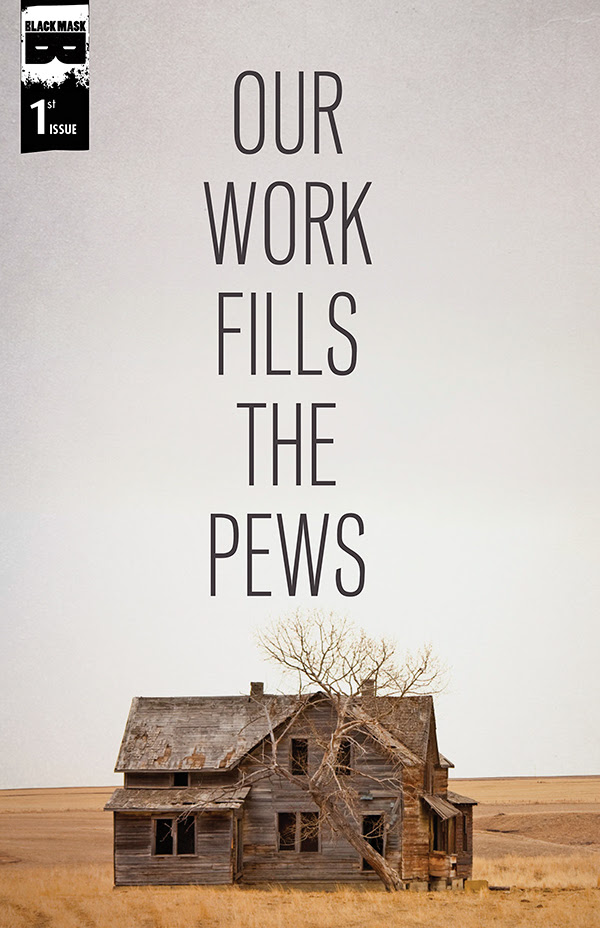 VA: There have been a few VERY important series, in terms of influence. Terry Moore’s Strangers In Paradise is monumentally important to me – the characters of Katchoo, Tambi, and Casey especially. It kept me alive during a hard time in my life. Transmetropolitan made me pick up writing again when I straight up quit.

It was partially to spite Spider Jerusalem, whom I have a love-hate relationship with. DC’s Gotham Central taught me some of the most important lessons about storytelling and character work I have learned. Renee Montoya is now and will forever be my favorite hero. DC’s Birds of Prey is what started me on reading comics regularly – and Oracle is one of my patron saints of comics. Pretty Deadly woke something long sleeping in my creative heart as well. I could go on, but, yeah…

As for as protagonists and antagonists, as stated above, Katchoo, Renee, and Babs are definite faves. Ororo Munroe/Storm and Diana Prince/Wonder Woman are also classics. Amazon – the Amalgam fusion of their characters – is literally perfect, and should exist live action (played by Gina Torres, clearly). Dinah Laurel Lance/Black Canary may be me in another life. Choosing is hard, so you get a team.

I am a huge fan of Mystique, Harley Quinn, Poison Ivy, Catwoman, Black Widow, Magneto… basically characters that have a roughness to them, but also a roundness. I love a complicated antagonist – one that believably has that moment when they are facing down with the “hero” and they are being told that they don’t have to do (whatever they are doing), and you believe the regret in their eyes as much as their conviction that, yes, they really do have to. (To be fair I also love the King Pin, because he is so good at being evil, so smart and dangerous and brutal…) 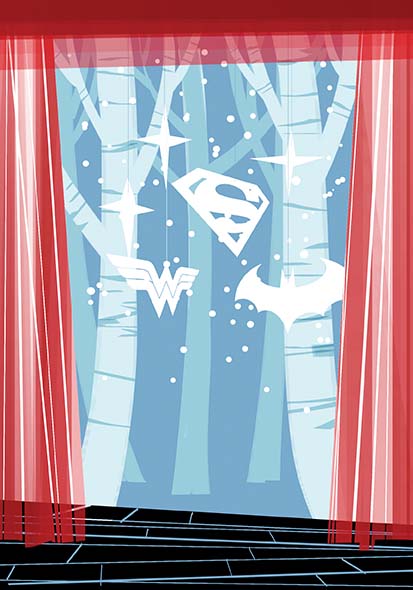 VA: If I am coming off my night job, I get or make breakfast, then take my computer and write for around 4 hours maybe. Unless I accidentally sleep, which happens once a week, then I miss a day haha. This includes distractions and breaks. If it is a day off from my night job, I wake up very early, eat, and tackle specific projects – usually 1 or 2 – until they are finished or until the cafe I work in closes. I work best when I have a specific project and a checklist.

VA: Always music. Always. I have 3 approaches to this. 1. Create a specific playlist for the character/story I am writing. 2. Listen to one of 4 general writing playlists I have – most useful during planning/outlining (one of those playlists is just Lemonade on loop, and another is the Star Wars: Finn playlist on Spotify). 3. Pick a song on Youtube (usually Nicki Minaj, Halsey, Rihanna, or Jidenna) and let the autoplay do its thang.

JB: What impact do you feel representation has in a visual medium, such as comics?

VA:  Monumental. Incalculable. I can only speak anecdotally about myself for specifics (there are studies for larger statistics) but, even from that… I tell this story a lot, but making it short, I thought Wonder Woman was Puerto Rican until I was waaaay too old to think that. While I was wrong, that shaped the way I say myself and other Latinx people’s abilities and place in the world. We were capable of just as much as white billionaire playboy detectives and good old boy scouts from middle America. We could keep up with soldiers and save the world from the greatest evils.

Away from comics, but visual and so relevant, on TV in the mid 90s we had more and more brown people doing things that were more than the stereotypical roles. I grew up on Star Trek and Hercules/Xena. You better believe that Nichelle Nichols, Michael Dorn, Whoopi Goldberg, Lucy Lawless, and Gina Torres made sure I knew that people like me absolutely had a place among the stars and in the lead.

The representation of people like – brown, queer, (designated) female – in comics lay a foundation of validity that was so important and deep that I cannot get to the bottom. Some of it wasn’t positive, true, but all of it made way for me accepting that I could be and NEEDED to be me. 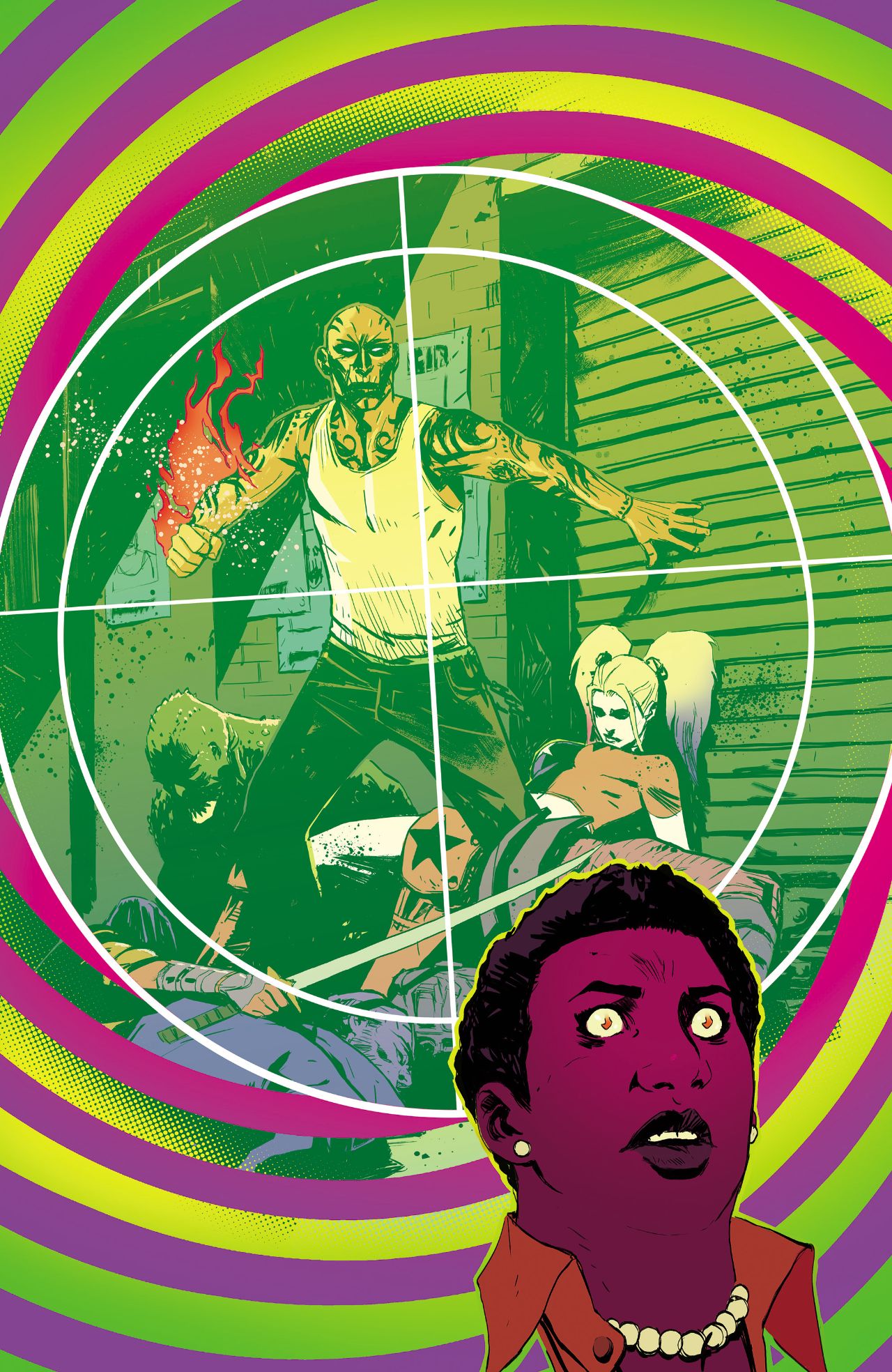 Cover of Most Wanted: El Diablo and Amanda Waller by Mike Huddleston, with a story written by Vita Ayala.

VA: That’s hard. I work a lot with other people – both writers and artists – and have been a part of a lot. I think it is a close race between Our Work Fills The Pews, which I co-write with Matt Rosenberg at Black Mask – and the Amanda Waller 2 shot I am writing at DC. There is another project I can’t talk about yet that is very close to my heart, but those two have been an amazing experience for me.

VA: I think there is a give and take there. Some people swear by social media – I have watched it make and break some people – and others don’t have a real presence, or not one that affects their work. I think it you know how to use it, it is an incredible tool and can do a lot for you, in terms of promoting your books or your company. It is also fascinating way to connect creators, companies, and people that love the work. A direct line to people and their process. I think right now it is in an upswing of influence, and I am excited to see what that means for the industry.

VA: Don’t panic when things take a long time. Remember that, even though you don’t start with cred, people are watching and you should use that gaze to do good things. Don’t waste time worrying about whether you deserve a seat at the table and worry more about what good you are gonna do and what you will create with that spot instead. Remember that things fall through all the time. That doesn’t mean anyone is at fault.

If you would like to learn more about Vita, you can catch her on Twitter: @vitawong. You can also check out her creator profile pages over at Black Mask Studios and DC Comics.