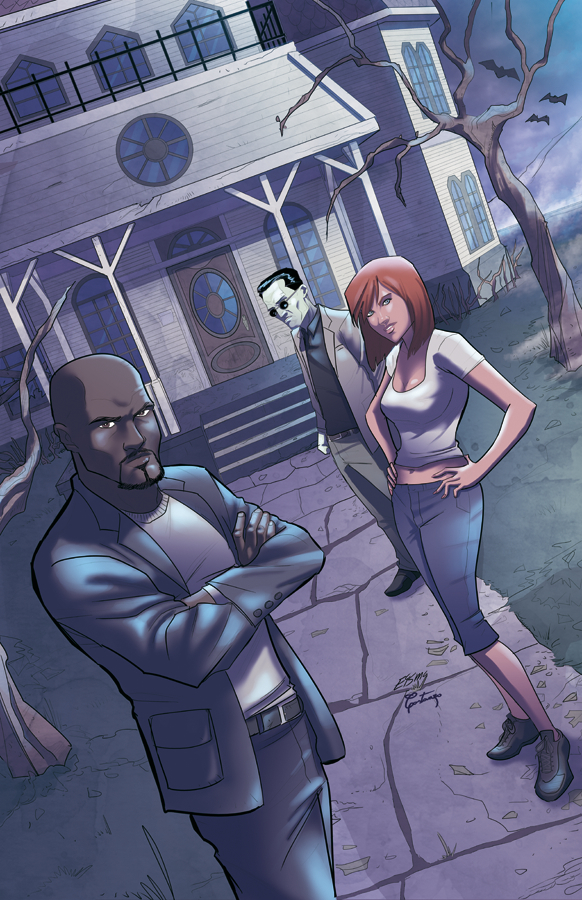 Image Comics has announced Hoax Hunters #9 will be a flip book featuring two sides of the same story. 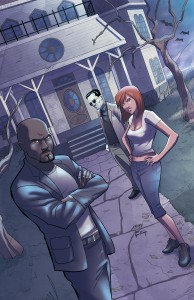 This April, the critically acclaimed Image Comics series HOAX HUNTERS presents a fun and unique issue that can be readily enjoyed by both current readers and new fans. Riffing on the hook of the series, where a group of “myth-busters” travel the world dispelling various lore on their reality TV show, issue #9 of HOAX HUNTERS presents both sides of their story. One half shows what happened on-air, what you’d see if you watched an episode; the other shows what happened behind the scenes, how the HOAX HUNTERS team manipulated everything—in this case, a haunted house confrontation—that happened to make it appear to be fake.

“With issue #9 and the use of the flip book feature, we allowed ourselves a dynamic and uncharacteristic way to show what happens in front of and behind the camera to super fun effect,” said Steve Seeley, co-writer.

The issue will literally have two opposing halves and thus two covers, each from Joe Eisma(MORNING GLORIES). Readers will be able to check out one half of the story then flip the comic over for the other half. Brent Schoonover (MR. MURDER IS DEAD) fills in as guest artist for this special issue. 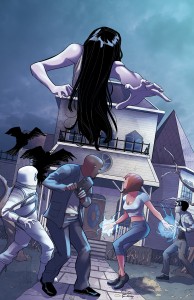 “This is, to me, a great representation of everything that Hoax Hunters is about—fun, inventive, and willing to take risks,” said co-writer Michael Moreci.

HOAX HUNTERS has met with critical praise since its launch:

“Out of all the new comics that debuted this year, none of them captured my imagination like Hoax Hunters.”—Horror Talk

“A comic on the verge of greatness”—Read Comic Books

“Worth the cover price each and every month”—IGN

HOAX HUNTERS #9 will be in stores April 17 (Diamond Code FEB130447) and is available now for preorder. Readers who want to learn more can visit www.hoaxhunterscomic.blogspot.com.\