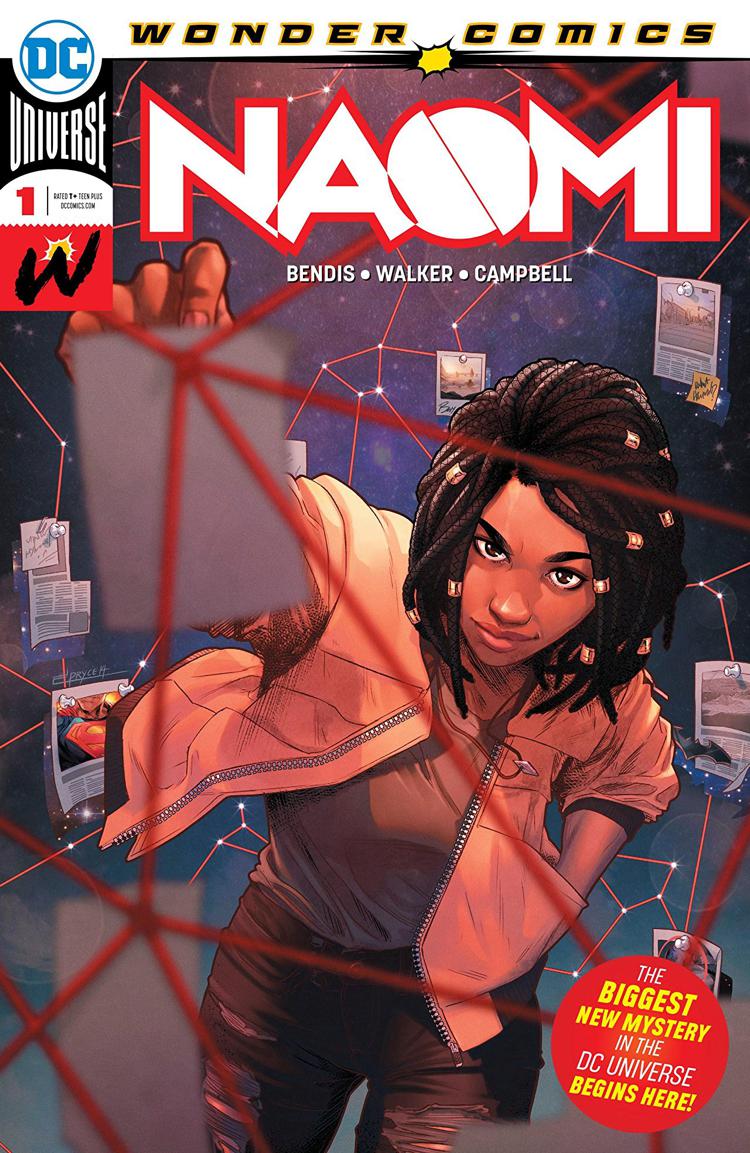 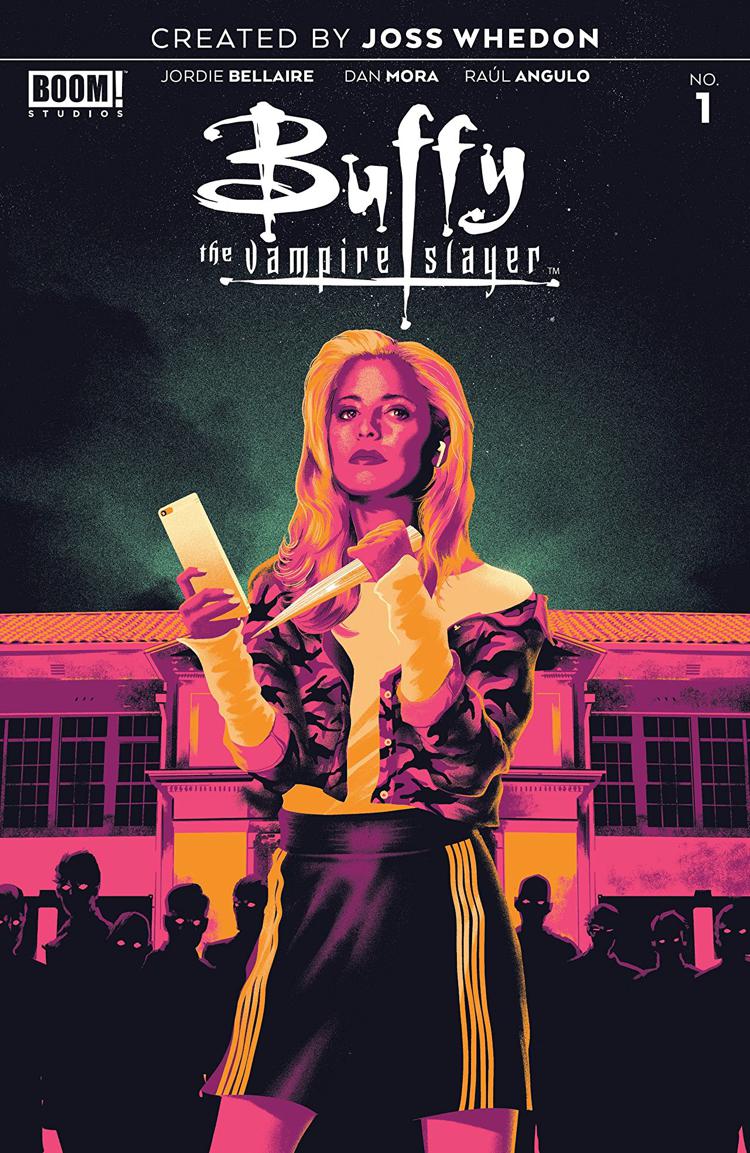 • Go back to the beginning as the critically acclaimed pop culture phenomenon Buffy The Vampire Slayer is reimagined under the guidance of series creator Joss Whedon.

• This is the Buffy Summers you know, who wants what every average teenager wants: friends at her new school, decent grades, and to escape her imposed destiny as the next in a long line of vampire slayers tasked with defeating the forces of evil.

• But her world looks a lot more like the one outside your window, as Eisner Award-Nominated writer Jordie Bellaire (Redlands) and Russ Manning Award-Winner Dan Mora (Saban’s Go Go Power Rangers) bring Buffy into a new era with new challenges, new friends…and a few enemies you might already recognize. But the more things change, the more they stay the same, as the Gang faces brand new Big Bads, and the threat lurking beneath the perfectly manicured exterior of Sunnydale High confirms what every teenager has always known: high school truly is hell.

• WELCOME BACK TO THE HELLMOUTH, FOR THE FIRST TIME!

Why It’s Hot: Buffy makes her BOOM! Comics debut with this highly anticipated reboot from the team of Jordie Bellaire and Dan Mora. Buffy has been one of the most enduring pieces of pop culture over the past 20+ years, and this is an exciting new modern day update that fans of the property should be quite excited for. 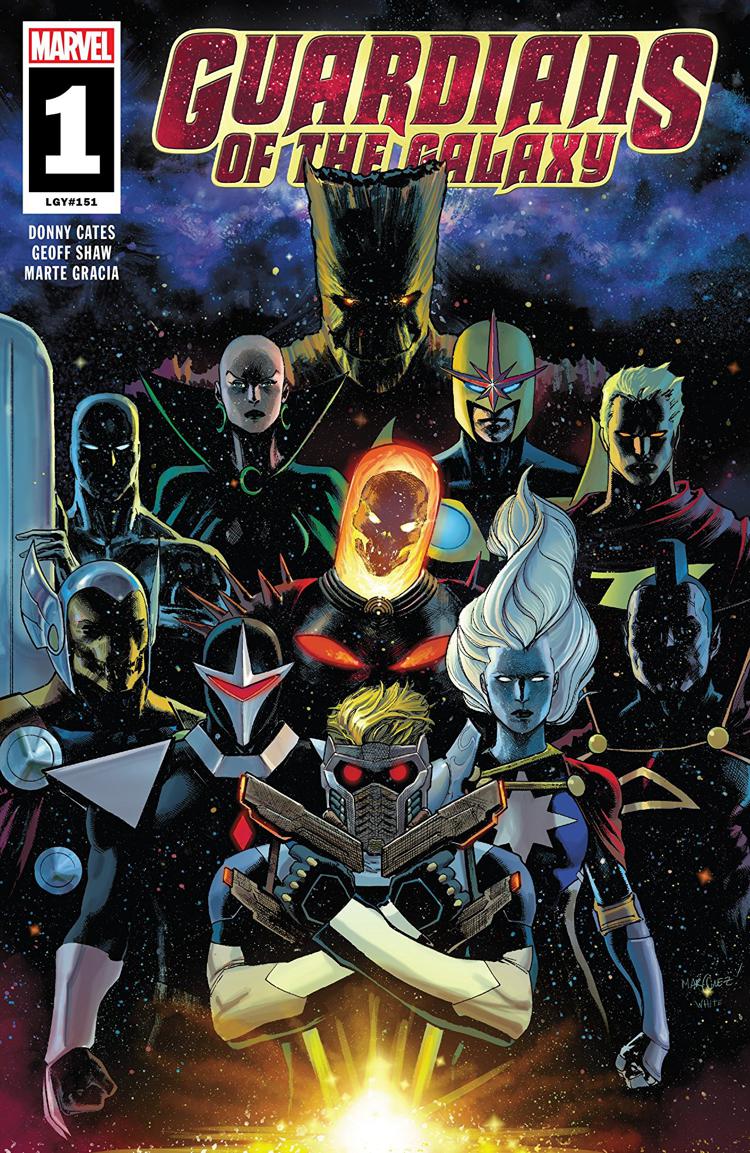 The universe is on fire. Hundreds of worlds are at war. Never has there been such hatred and division across the cosmos. And in spite of all this, Thanos of Titan is still dead…or is he? Now, more than ever, the cosmos need the Guardians of the Galaxy…but in the aftermath of the Infinity Wars, who is left to answer the call? Featuring every cosmic super hero in the known universe by the THANOS WINS creative team of Donny Cates and Geoff Shaw!

Why It’s Hot: Fresh off of Gerry Duggan’s stellar run with the Guardians Of The Galaxy, that recently culminated in the pages of Infinity Wars, Marvel has handed the property off to the creative team behind the acclaimed “Thanos Wins” story arc. Donny Cates is one of the hottest writers in the business at the moment, and his frequent collaborator Geoff Shaw has proven time and time again that he is the perfect choice to bring Cates’ larger than life scripts to the page. Now they are together again with one of Marvel’s biggest properties. This should be fun! 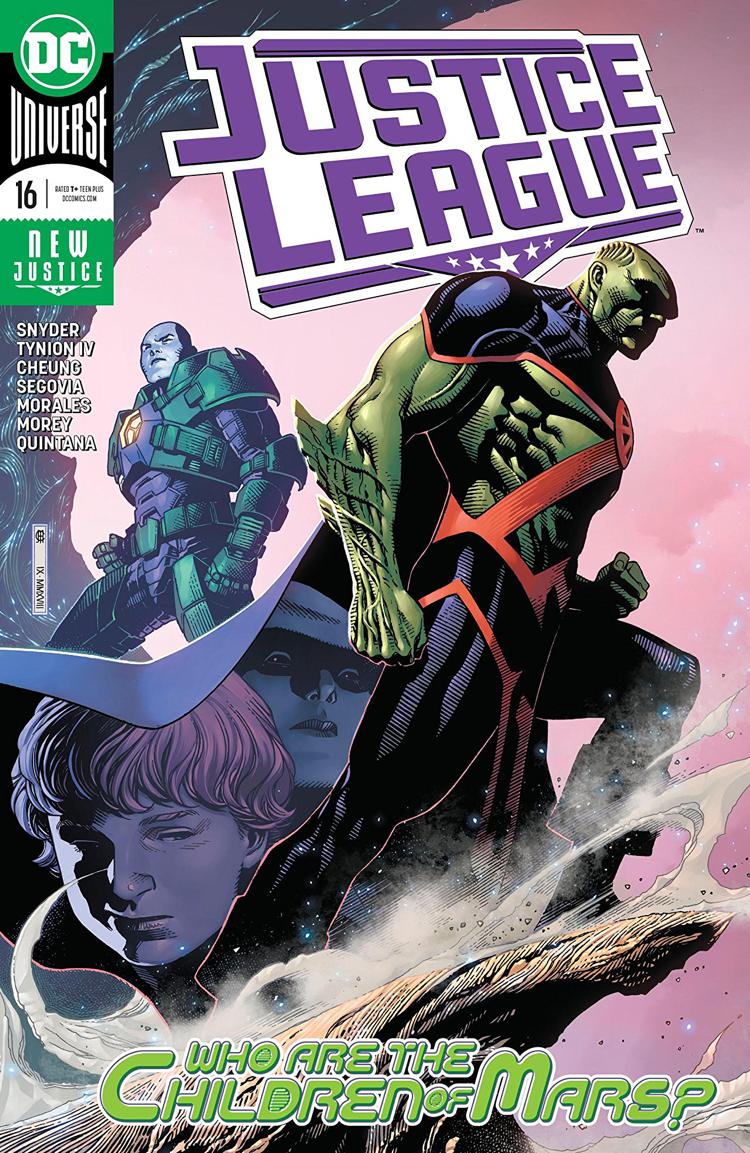 It’s a mystery in space: Why would the Guardians of the Universe hide top-secret intel deep in the bowels of a secret vault on Thanagar Prime? That’s what Martian Manhunter, GL and Hawkgirl want to know! That’s not the only puzzler popping off either, as an ancient connection that bonds Kendra and Shayera Hol unlocks the secret of the map on Hawkgirl’s Dark Metal wings. Back on Earth, Starman and the Trinity look to create a wormhole that could transport them to Thanagar Prime. The only catch? It could vaporize them!

Why It’s Hot: The game will change, as our favorite heroes look to escape from Thanagar Prime in the finale to this short arc. Snyder has been hyping this issue up for a bit on Twitter, and it is indeed a turning point for this entire epic run. Secrets will be revealed that will change not only the course of a few League member’s lives, but the how the history of the DC Universe is viewed. Snyder and company have been swinging for the fences throughout this run, and the attempt to make this story one of the biggest at DC continues.

DC’s biggest, newest mystery starts here! When a fight between Superman and Mongul crashes into a small Northwestern town, Naomi (last name?) begins a quest to uncover the last time a super-powered person visited her home-and how that might tie into her own origins and adoption. Follow Naomi’s journey on a quest that will take her to the heart of the DC Universe and unfold a universe of ideas and stories that have never been seen before. Join writers Brian Michael Bendis, David Walker and breakout artist Jamal Campbell in Wonder Comics’ massively ambitious new series and star… NAOMI.

Why It’s Hot: With Young Justice kicking off the Wonder Comics line with a stellar first issue, Naomi suddenly has even more hype behind it. Add in the debut of a new Bendis co-created character who is also a young female PoC, and there’s even more to be excited about. Bendis and Walker are two great writers, and Campbell is a great choice to bring this character, and her world to life. Knowing Bendis’ history this feels like a very personal comic that will end up surprising many, so make sure to check it out when you pick up this week’s comics. 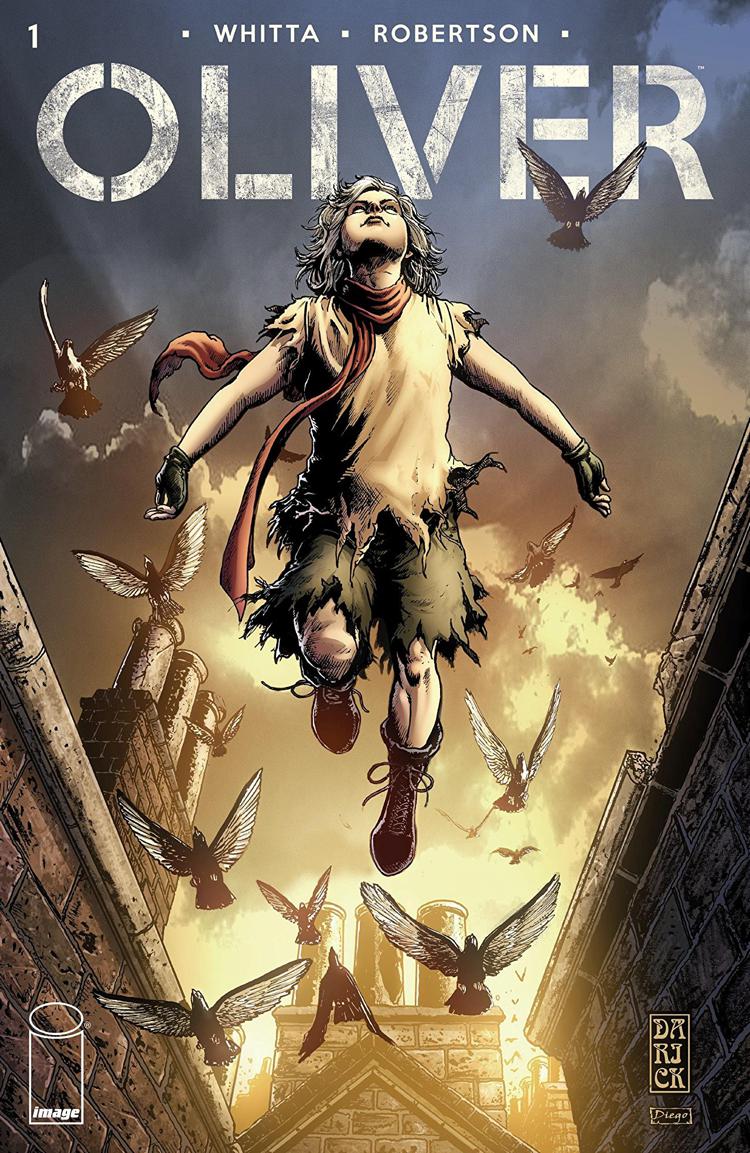 SERIES PREMIERE! Award-winning screenwriter GARY WHITTA (Rogue One: A Star Wars Story, The Book Of Eli) teams with celebrated artist DARICK ROBERTSON (Transmetropolitan, HAPPY!, The Boys) for a new take on a literary classic-with a futuristic twist. OLIVER re-imagines Charles Dickens’ most famous orphan as a post-apocalyptic superhero fighting to liberate a war-ravaged England while searching for the truth about his own mysterious origins.

Why It’s Hot: Acclaimed screenwriter Gary Whitta teams up with the amazing Darick Robertson to put a new *twist* on a classic Dickens work. We’ve seen different takes on this story through the years, but the caliber of the creative team and Image’s track record makes this one stand out a bit. Throw out all of the talk about the creative team, and you are still left with a story that just sounds really cool. I mean, Oliver Twist as a post apocalyptic superhero? Count me in for this one. 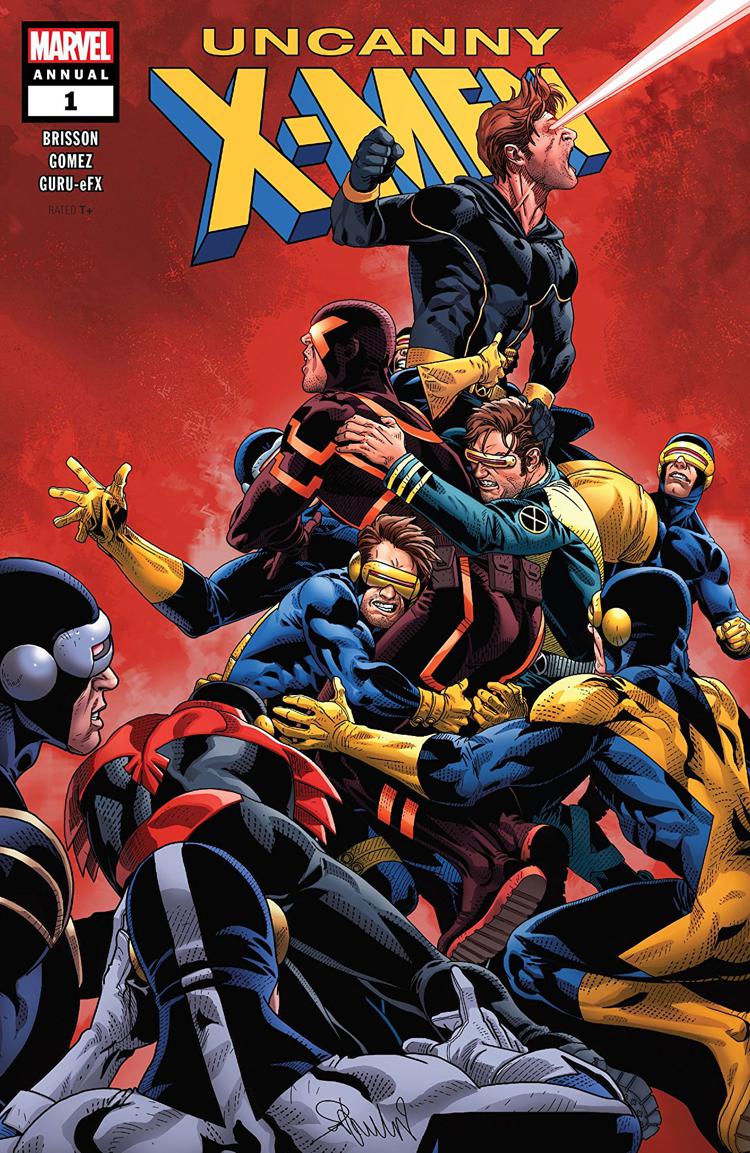 Why It’s Hot: Cyclops is back! But how is that even possible? Well, it’s time to find out!