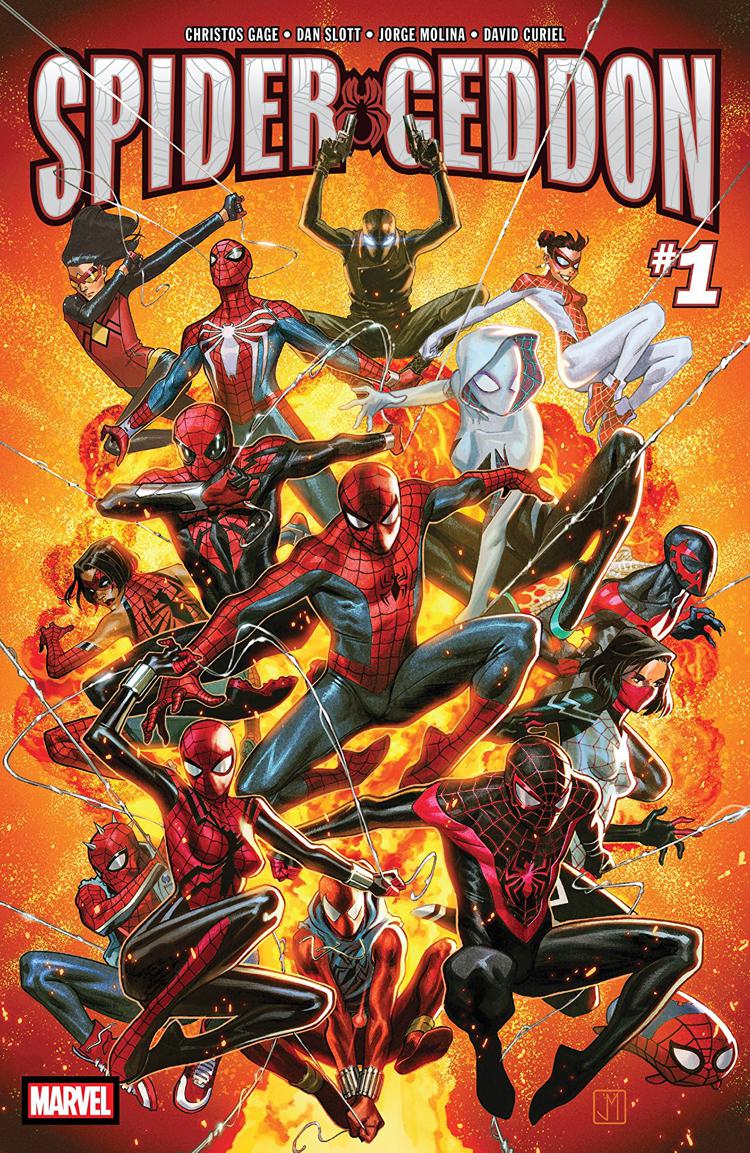 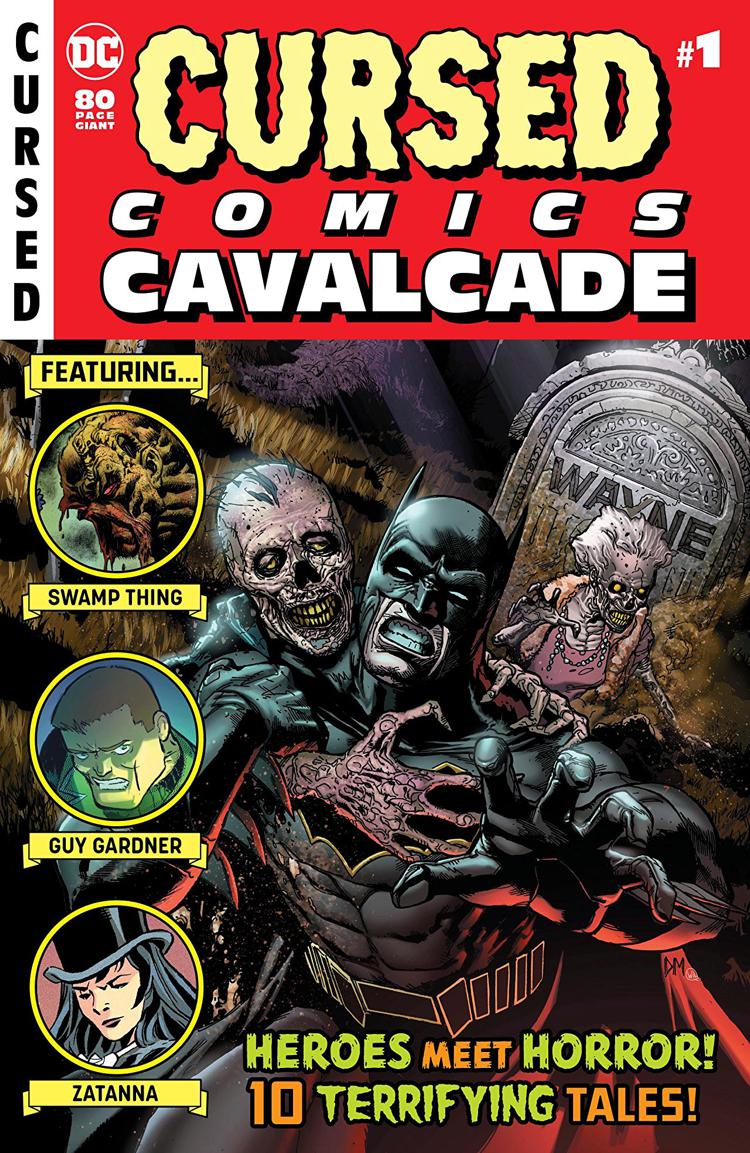 Horror! Death! Uh…Face-punching! Witness ten all-new stories that promise to be the most terrifying, most shocking and most horrific comic that DC Comics has ever published! (Hyperbole much?) Batman, Wonder Woman, Guy Gardner, Swamp Thing, Zatanna and more of your favorite heroes face unspeakable horrors from the streets of Gotham City to the darkest sectors of the universe.

Why It’s Hot: DC has come close to perfecting the art of the anthology over the past few years, and that trend continues here with a well timed horror themed entry. This oversized issue features an amazing lineup of talent telling stories featuring a who’s who of horror themed characters (and then some!). The ten dollar price tag may look a bit steep at first glance, but this is a lot of comic, and it is perfect for this time of the year. 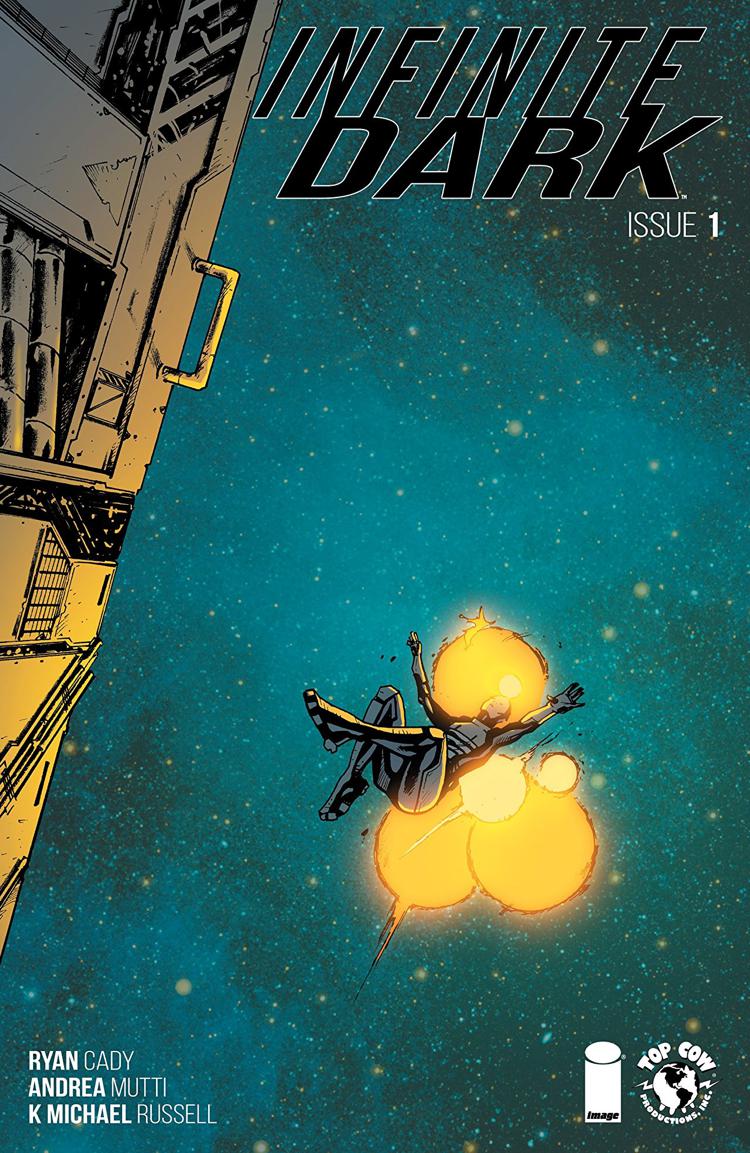 The universe ended, but onboard the void station Orpheus, a skeleton crew of humanity survived: the last two thousand souls, waiting for a second big bang that may never come. Now, two years into their voyage, Security Director Deva Karrell investigates the station’s first murder-and the otherworldly motives behind it.

Why It’s Hot: This comic is really cool. It is essentially a high concept horror story brought to life by Andrea Mutti’s gorgeous art, and K. Michael Russell’s pitch perfect colors. Writer Ryan Cady executes his ideas very well, and the end result is a very successful first issue from a creative perspective. If the concept itself sounds interesting to you then do yourself a favor and don’t sleep on this comic, because it has potential to be great. 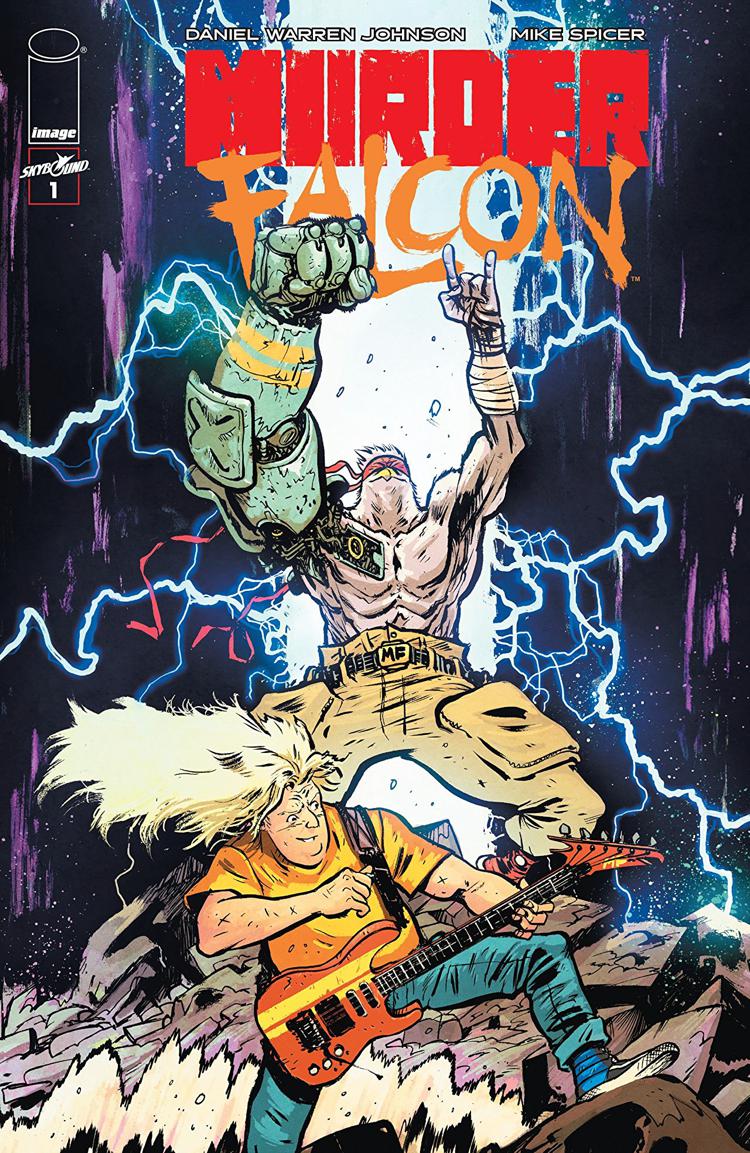 From DANIEL WARREN JOHNSON, the creator of the Eisner-nominated series EXTREMITY, comes MURDER FALCON! The world is under attack by monsters, and Jake’s life is falling apart: no band, no girl, no future… until he meets Murder Falcon. He was sent from The Heavy to destroy all evil, but he can’t do it without Jake shredding up a storm. Now, with every chord Jake plays on his guitar, the power of metal fuels Murder Falcon into all-out kung fu fury on those that seek to conquer Earth.

Why It’s Hot: Look at the cover, and read the solicitation. Now do it again, and again. Aren’t you getting excited? This comic has such an absurd, and awesome concept that is perfect for the comic book medium. I don’t know what else I can say to get excited for this series that can top what the solicitation does.

Back in 2014, SPIDER-VERSE brought every Spider-Man ever together. This event spinning out of AMAZING SPIDER-MAN #800 has Christos Gage and Dan Slott teaming up to destroy them all. The Inheritors have somehow gotten out of their radioactive prison planet and made their way to the Marvel Universe. It’s going to take a whole Spider-Army to keep them from TAKING IT ALL! Starring Spider-Man, Doctor Octopus, Spider-Gwen, Miles Morales, Spider-Woman, the Spider-Man from the anticipated video game and, well, every Spider-Man and Spider-Woman ever, including some brand-new ones! With Jorge Molina on art, the END OF ALL SPIDERS never looked so good!

Why It’s Hot: With the PS4 game still fresh in people’s minds, and hot off the first thirty-five minutes of the new animated movie screening at NYCC, this is a perfect time for Spider-Geddon to officially begin. This is the biggest Spider-Man story of the year, and if it is half as good as its predecessor, Spider-Verse, we will all be in for a treat. Let the season of alternate reality Spider-People begin! 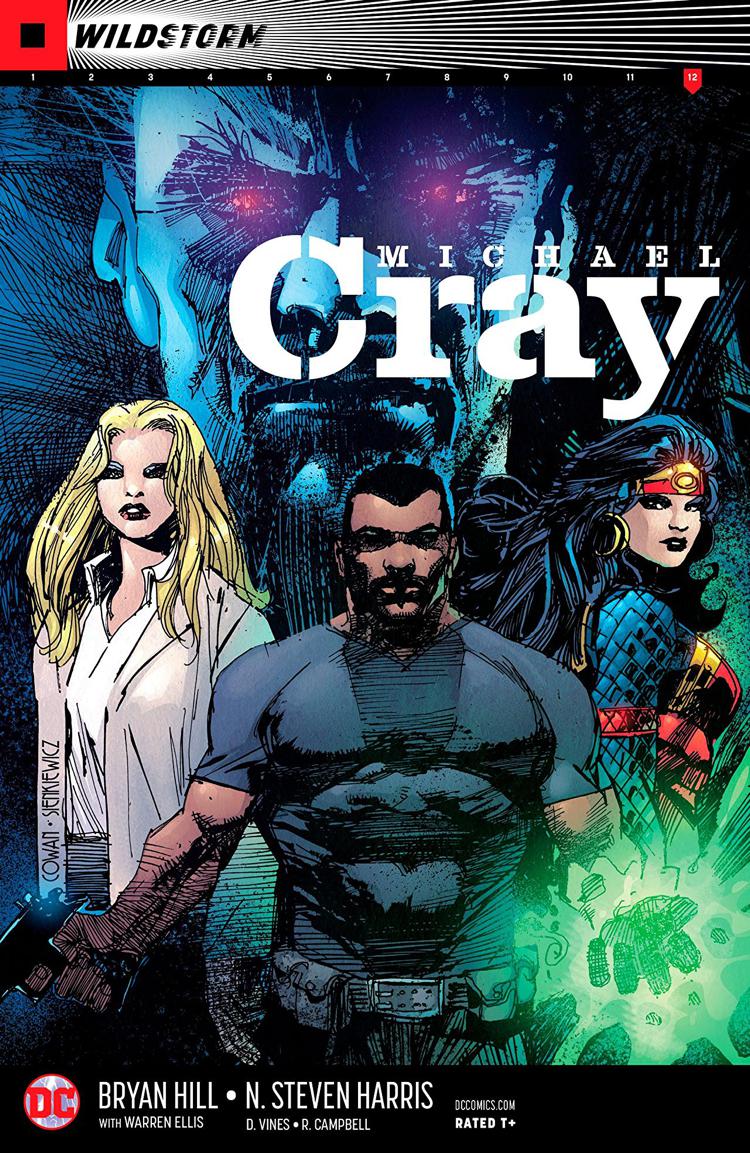 Michael Cray carries an alien intelligence in his mind. Diana Prince seeks an apocalypse. John Constantine wants to control them both. In Greece, death will find them all in the explosive conclusion to THE WILD STORM: MICHAEL CRAY.

Why It’s Hot: Bryan Hill and N. Steven Harris have turned this series from a spinoff of Warren Ellis’ Wildstorm reimagining into one of the best comics around, or at the very least one of the most underrated. We’ve seen Michael Cray go up against some of the biggest heroes DC has to offer for the last eleven issues, and now it’s time for one last go around. I don’t expect people to jump on board for this final issue, but do yourself a favor and catch up when you can. If you are caught up just sit back and enjoy the ride for one last time.