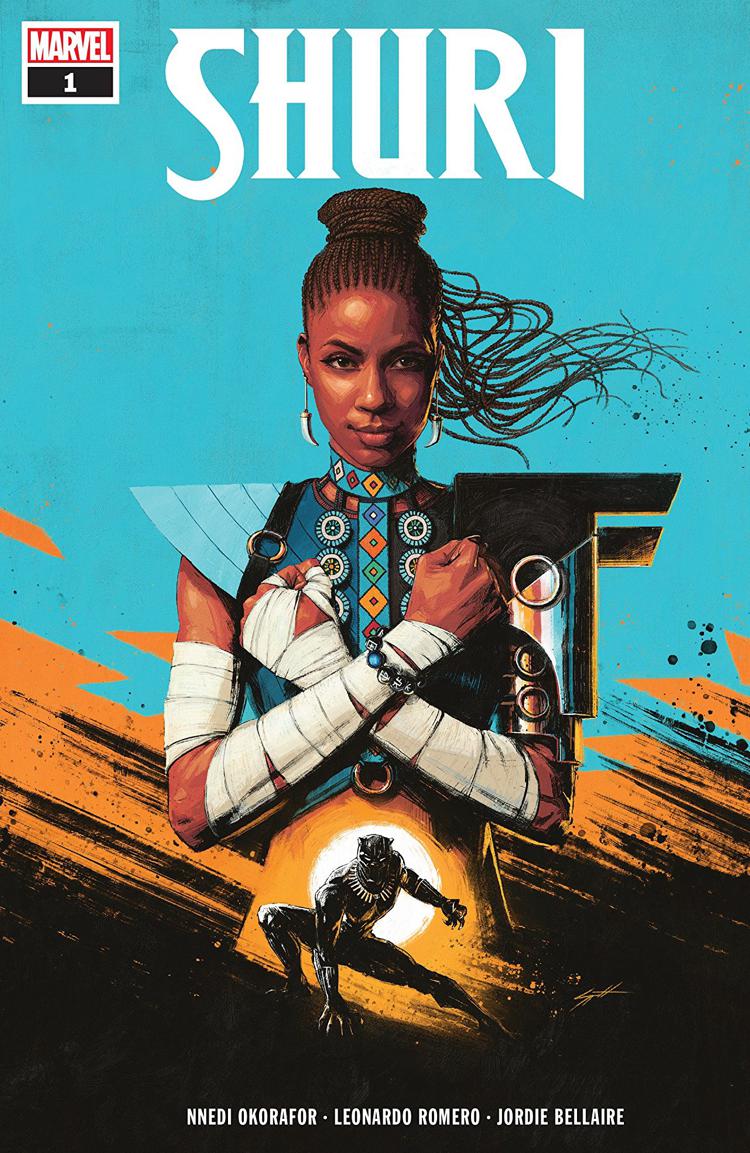 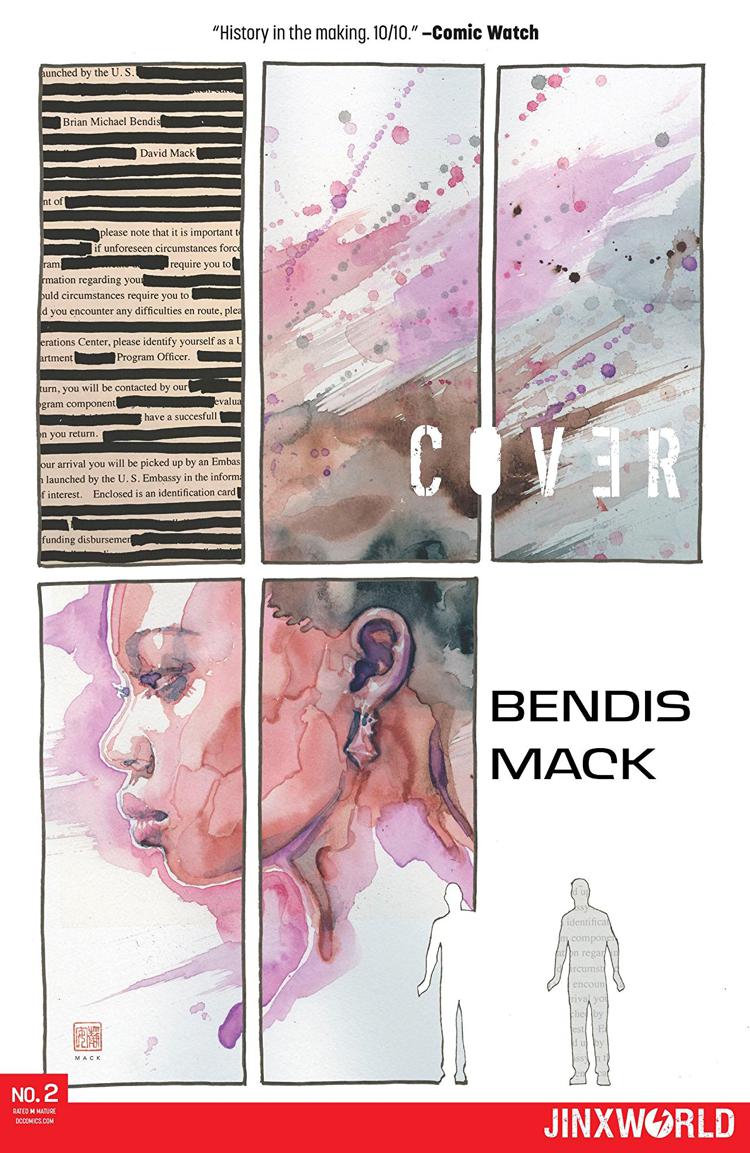 Why It’s Hot: The first issue of Cover is one of the best issues in years with Brian Bendis’ name on the cover. That’s saying something considering he has been one of the most prolific writers in the industry over the past two decades. The scribe and his long time friend/collaborator David Mack created a deeply personal story that read like non fiction at times. Every page of the first issue made it clear just what this project means to the creative team, and it will be exciting to see how much more blood, sweat, love, and care Bendis and Mack put into each subsequent issue. 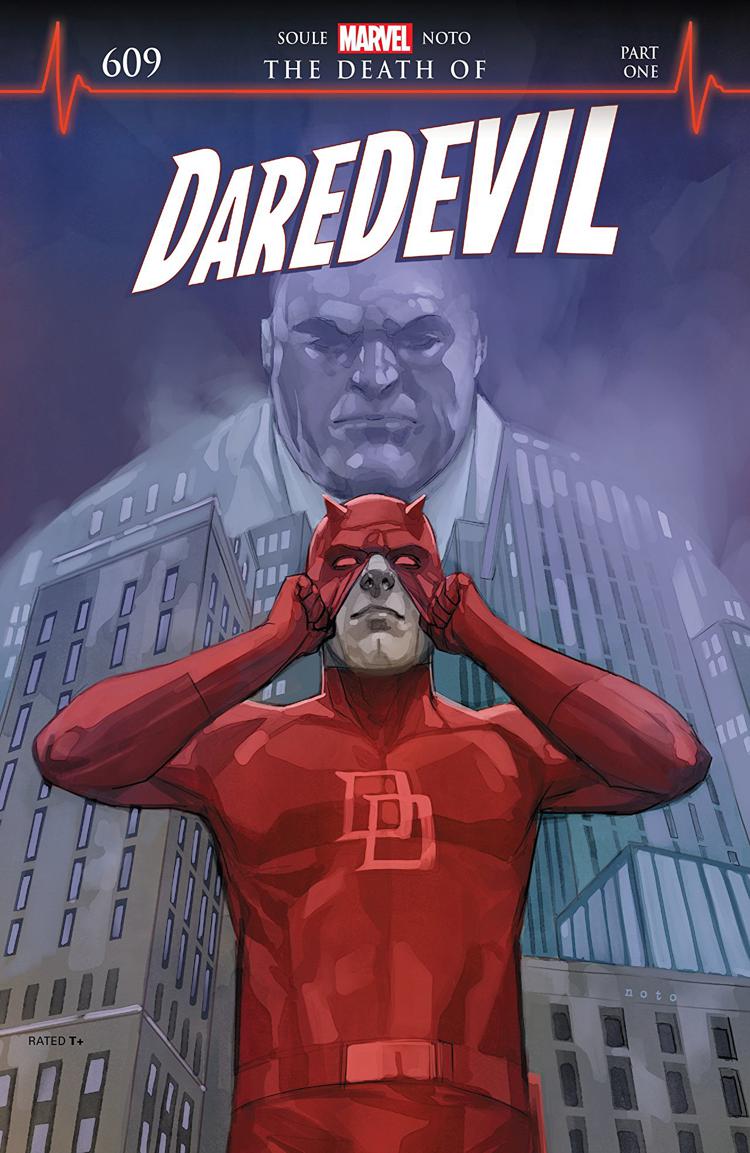 • The eleventh hour draws near as Matt Murdock prepares to square off against the Kingpin of Crime!
• Matt is forced to ask himself how long he can take hits against the ropes as Daredevil before he has to hang up the horns.
• But first, Matt will have to embark on a crusade to free the city of New York from Wilson Fisk’s mayoral reign!

Why It’s Hot: As Charles Soule’s run on Daredevil continues to barrel towards its conclusion it’s time for us readers to remember the tradition that is leaving Matt Murdock in the absolute worst place possible for the next writer to have to pick up the pieces. Did I mention that this arc is called The Death Of Daredevil? Yep, this one is about to get ugly, but at least it’s going to look great with that beautiful Phil Noto art. It’s also worth mentioning that season three of the Netflix show will be released on Friday, so this issue should help get you all sorts of excited for the weekend. 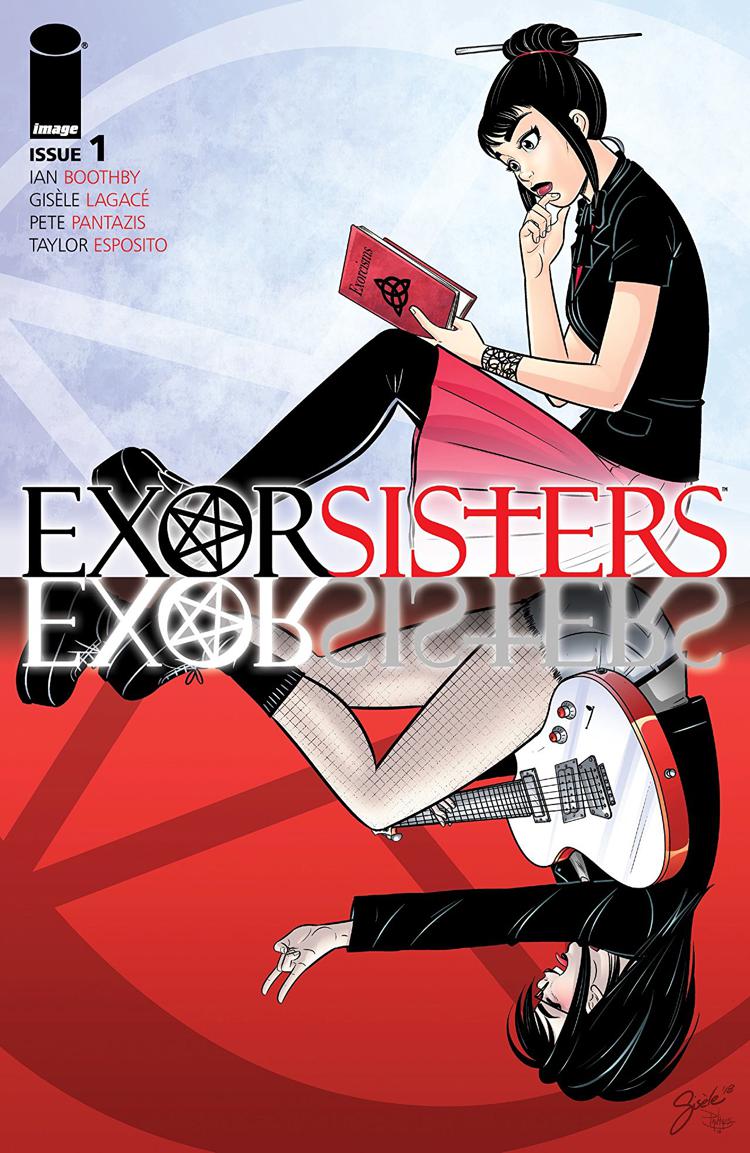 Did you sign a deal with the Devil? Has your fiancé been dragged to Hell? Then Kate and Cate Harrow should be the first ones you call for timely soul retrieval at a reasonable rate! But why are these identical twins so different? Is there a darker secret? An all-new ongoing series by Eisner Award-winning writer IAN BOOTHBY (The Simpsons, MAD Magazine), with art by GISÈLE LAGACÉ (Ménage a 3, Archie).

Why It’s Hot: One of my favorite things about writing this column every week is discovering new comics that had been completely off my radar, and then making sure they are on your’s. Kate and Cate Horrow are the identical sisters that run Harrow & Harrow, the place to go to make all of your demonic problems go away. When a bride is left at the altar, and nobody believes her when she says her soon to be husband was taken by demons it’s up to Kate and Cate to figure it out. This comic has a fascinating premise with a great sense of humor and solid art. I had never heard of Exorsisters until a few days ago, and I now feel this series has potential to quickly become a fan favorite. 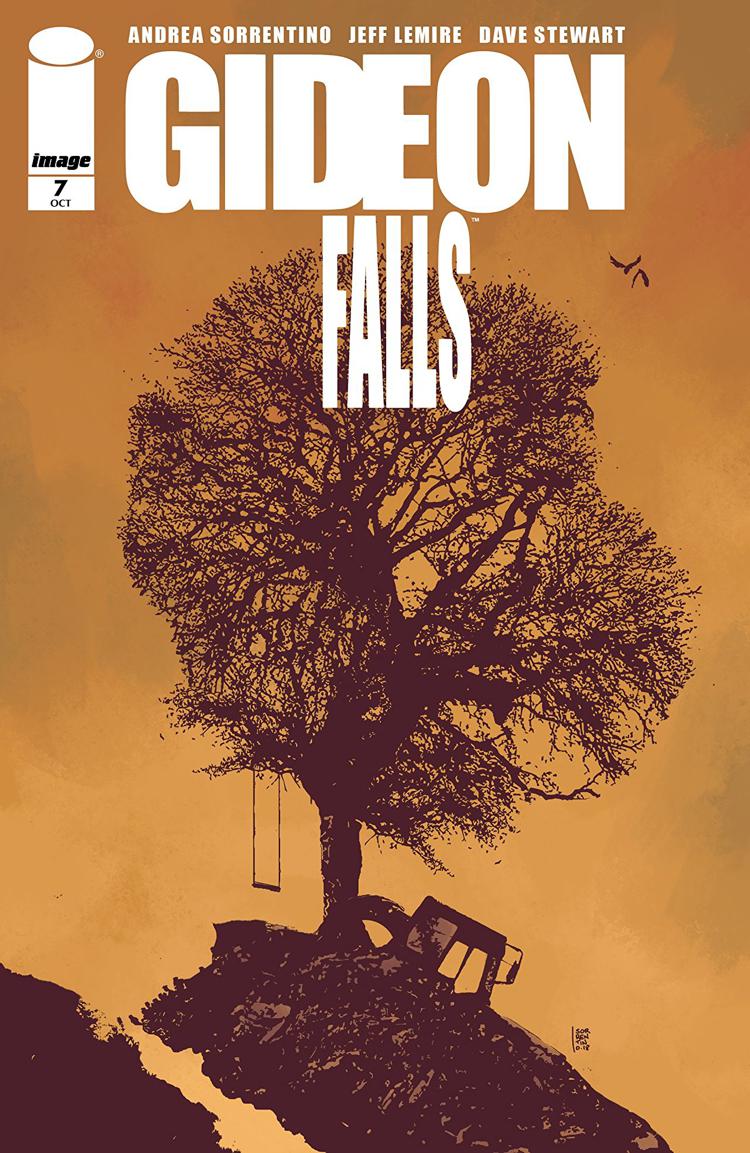 “ORIGINAL SINS,” Part One
After the mind-blowing events of the first arc, Norton digs deeper into the mystery of the Black Barn, and secrets of his past begin to come to light. Meanwhile, Father Fred does some digging of his own and learns the hard way that some secrets should just stay buried.

Why It’s Hot: Tis the season for horror, and horror comics don’t get any better than the latest collaboration from long time creative partners Jeff Lemire and Andrea Sorrentino. After a stellar first arc that resulted in arguably the best work the duo has ever done together the hype for this comic just continues to build and build. If you aren’t reading Gideon Falls you should be, and it’s still not too late to make sure you are. 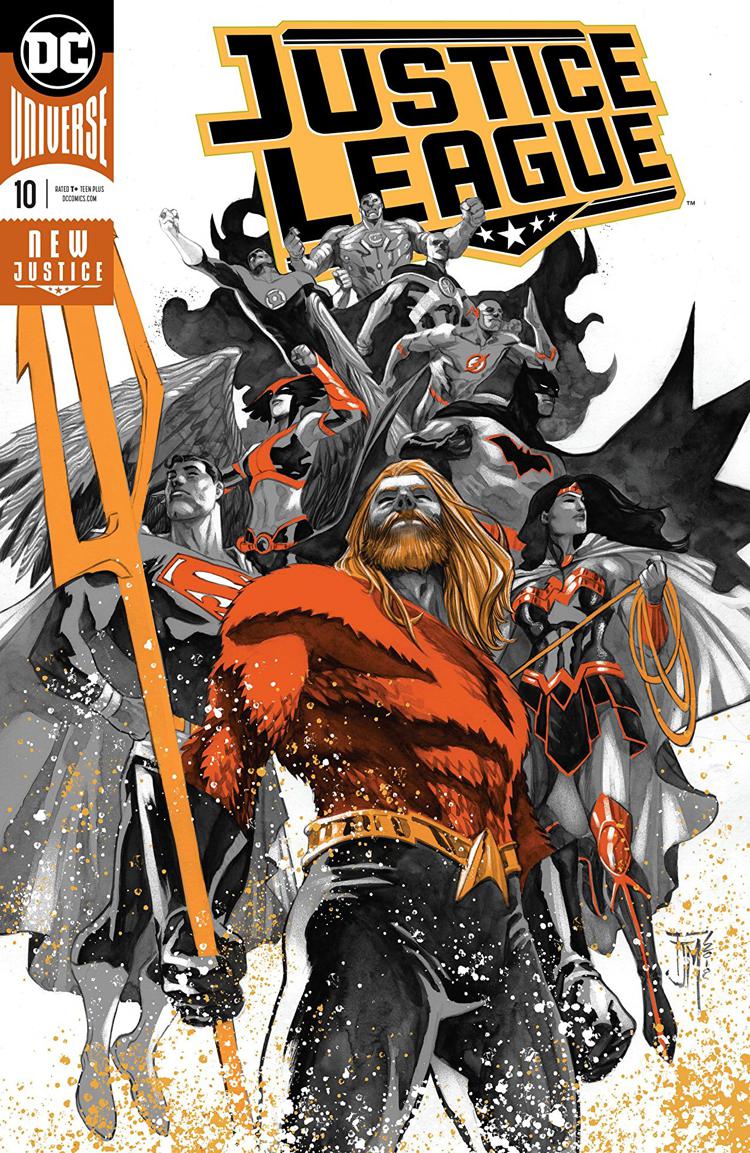 THE ROAD TO “DROWNED EARTH”! When Wonder Woman learns that Cheetah gained new powers and killed the Greek sea god, Poseidon, that sets Aquaman off on a search for answers, bringing him into conflict with an entity known as the Flood, a herald for long-dead ocean gods with an ancient grudge against Poseidon, Atlantis and, well, everyone else on Earth. Who are those guys? Some very big fish-and you know what big fish do? Eat smaller fish like Aquaman and his Justice League buddies!

Why It’s Hot: Francis Manapul is back for the first time since No Justice, as the next big Justice League event begins here! Scott Snyder continues to redefine the League with a huge story that shines a focus on Aquaman and Atlantis. How does the Earth end up under water? How will DC’s biggest heroes survive out of their element? And just who is behind the global disaster? Find out as Drowned Earth begins! If you’re planning on reading this one make sure to pick up this week’s Aquaman for even more of the story!

FOLLOWING IN THE FOOTSTEPS OF THE BLACK PANTHER!

The world fell in love with her in the movie. Now, the Black Panther’s techno-genius sister launches her own adventures – written by best-selling Afrofuturist author Nnedi Okorafor and drawn by Eisner-nominated artist Leonardo Romero!

The Black Panther has disappeared, lost on a mission in space. And in his absence, everyone’s looking at the next in line for the throne. But Shuri is happiest in a lab, surrounded by gadgets of her own creation. She’d rather be testing gauntlets than throwing them. But a nation without a leader is a vulnerable one – and Shuri may have to choose between Wakanda’s welfare and her own.

Why It’s Hot: For the first time in almost a decade, and for the first time since taking the Marvel Cinematic Universe by storm Shuri is getting her own series. Nnedi Okorafor has shown that she knows her way around a comic script, which isn’t always the case when established writers make the jump to the medium. If the idea of a really good black female writer wasn’t enough to get you excited for this series, maybe the stellar art team of Leonardo Romero and Jordie Bellaire will push you over the edge. Let’s find out if this comic will live up to the hype! 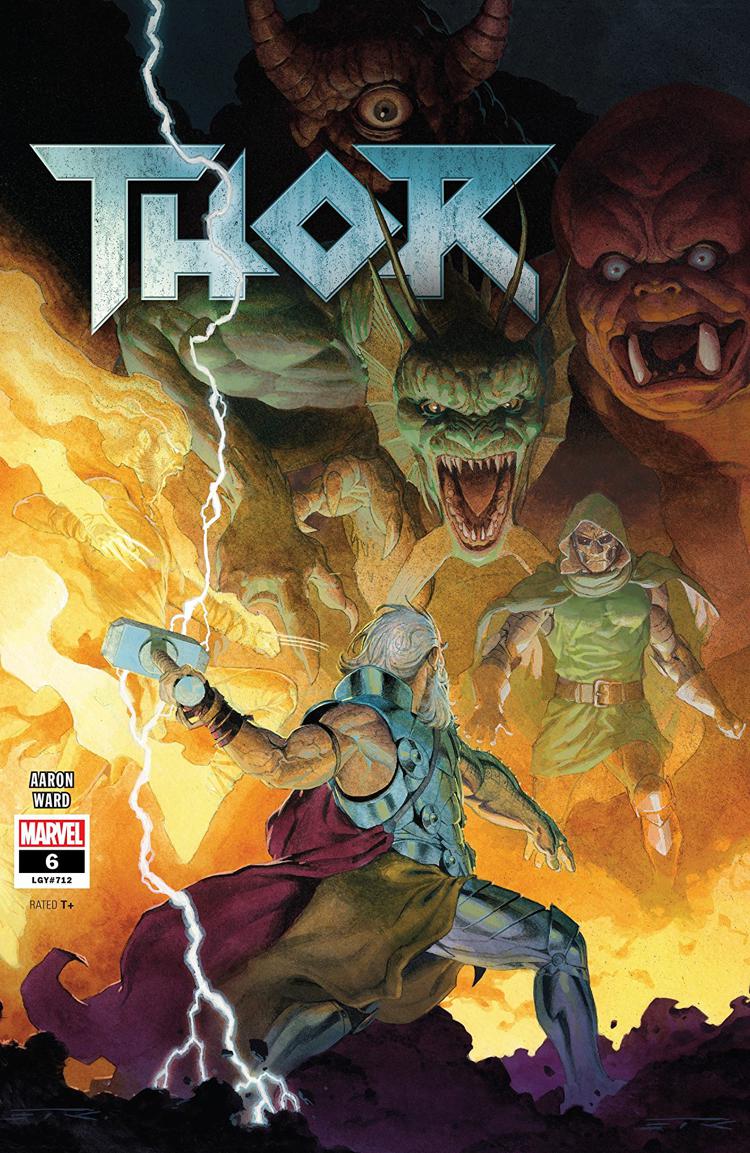 If you thought Old Man Phoenix was crazy, then wait’ll you see what we’ve done to Marvel’s greatest villain. It’s the end of the universe – and the return of Doctor Doom. A Doom more powerful than anything that has ever lived. Get ready for the greatest battle the far future has ever seen, as Old King Thor and the Phoenix Wolverine stand together at the end of time against an army of monsters and the final Doom.

Why It’s Hot: Christian Ward is working on his new creator owned title with G. Willow Wilson for, and as a result his time at Marvel is coming to a close for now. That means this will be the last time we see him on an issue of Thor, but he is leaving in style. Old King Thor and Phoenix Wolverine taking on Doctor Doom in a knockdown drag out fight in the far future. 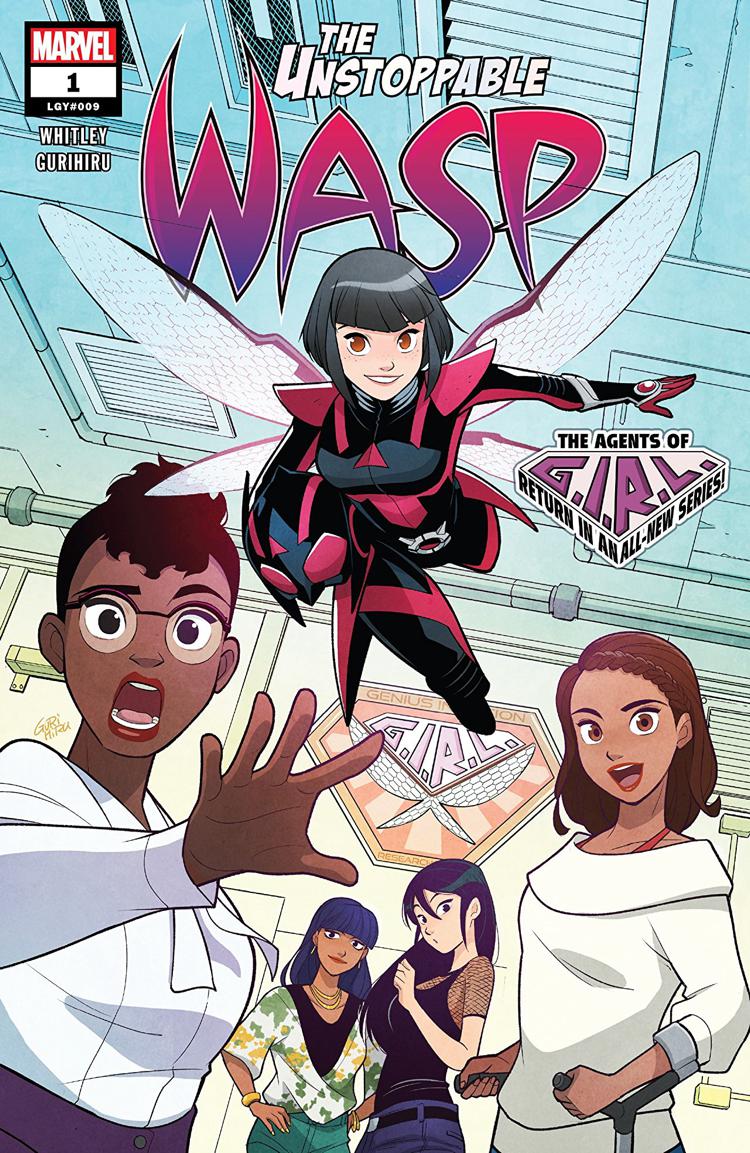 BACK BY POPULAR DEMAND!

• Nadia Van Dyne, A.K.A. the UNSTOPPABLE WASP, and her team of girl scientists are back! With the backing of the original Wasp, Janet Van Dyne, there’s no problem the Agents of G.I.R.L. can’t solve!

• But they’re not the only acronym-toting science organization out there, and when A.I.M. strikes, Nadia and the ladies of Genius In action Research Labs answer the call.

• But who is A.I.M.’s new super-powered lieutenant, and how do they know Nadia? And what does A.I.M.’s plan have to do with Nadia’s father, Hank Pym?

Why It’s Hot: Nadia and the Agents of G.I.R.L. are back by popular demand! There’s so much to say about this series, and what it represents for not only the future of Marvel, but comics in general. It’s good to see that the sales figures for the collections seemed to have forced Marvel’s hands in giving the series another chance. As is usual for The Unstoppable Wasp this comic can be enjoyed by anybody, but it is wonderful to see a comic from Marvel that is so blatantly targeted at young girls. If you have a daughter, niece, granddaughter, goddaughter, or any comic book reading young girl in your life this is a must read comic, and this new volume is a perfect jumping on point.