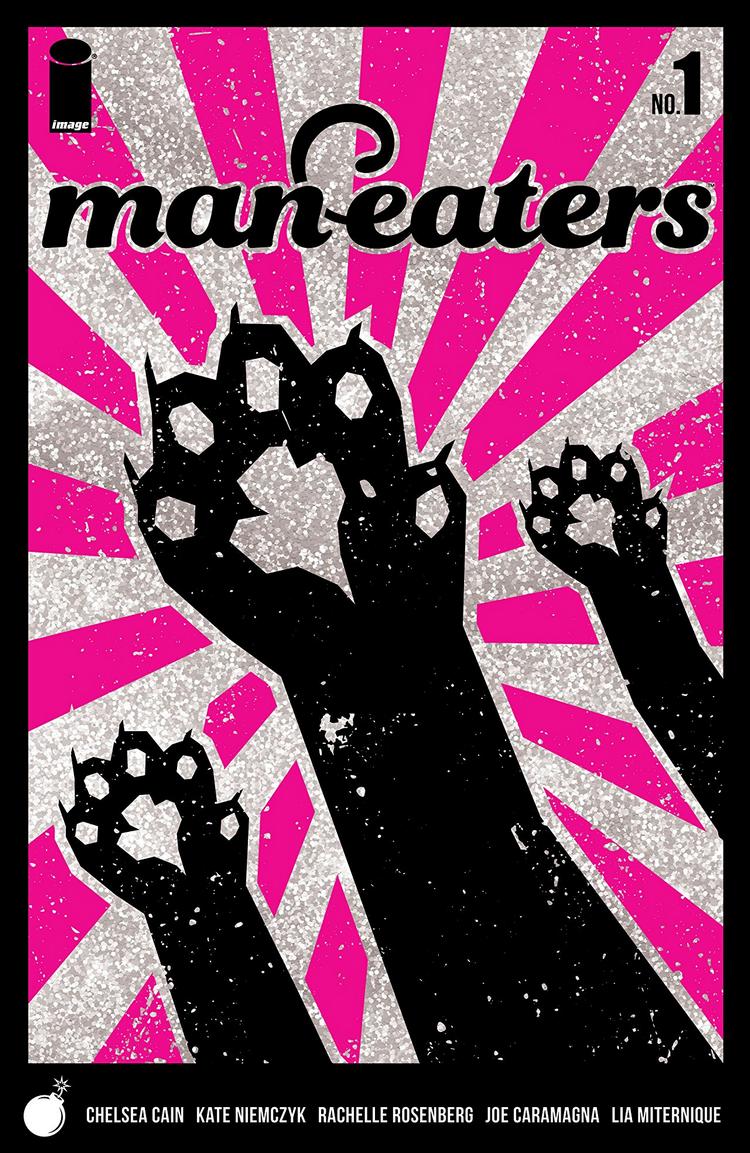 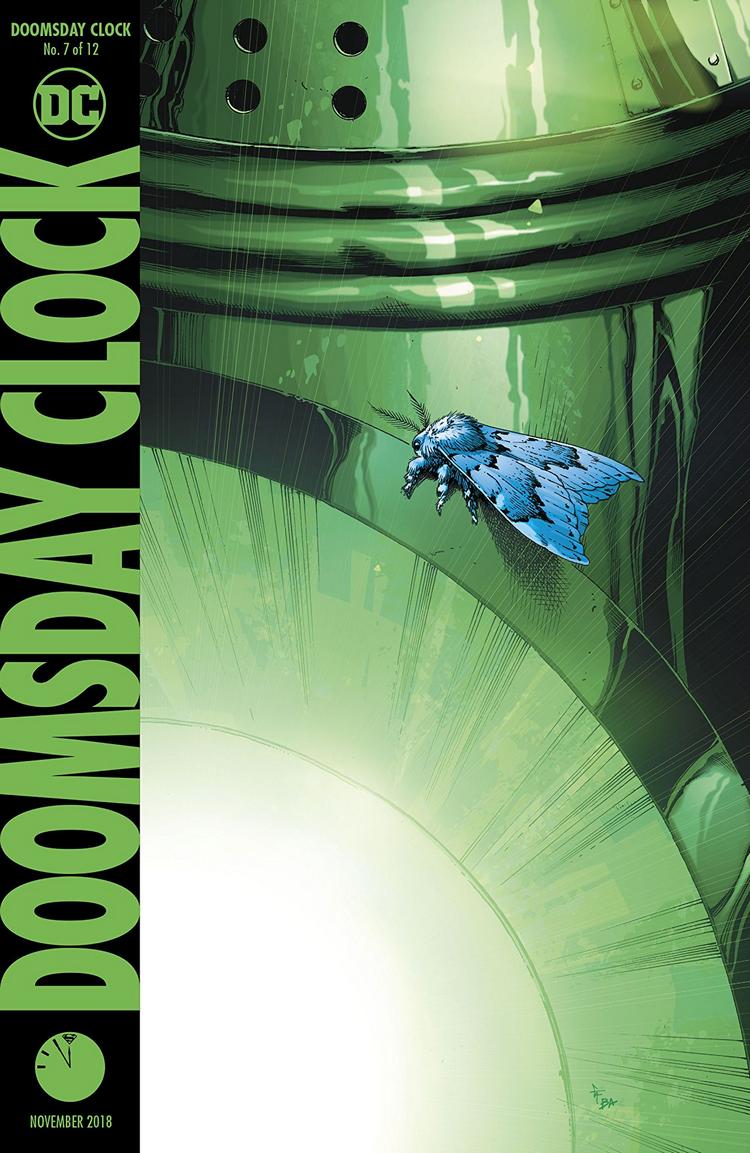 The critically acclaimed team of writer Geoff Johns and artist Gary Frank continue the groundbreaking miniseries bringing the world of WATCHMEN to DC. In this chapter, the truth behind Dr. Manhattan’s curiosity with the DC Universe is revealed as the planet teeters on the edge of the Super-War.

Why It’s Hot: As we reach the halfway point of the series business has started to pickup after a slower than expected start, but we still haven’t seen Dr. Manhattan. Given the solicitation above there’s a good chance that can change this week. What does the being that experiences all of time at once want with the DC Universe? What secrets will he reveal? Is this going to be the moment we’ve been waiting the better part of a year for? 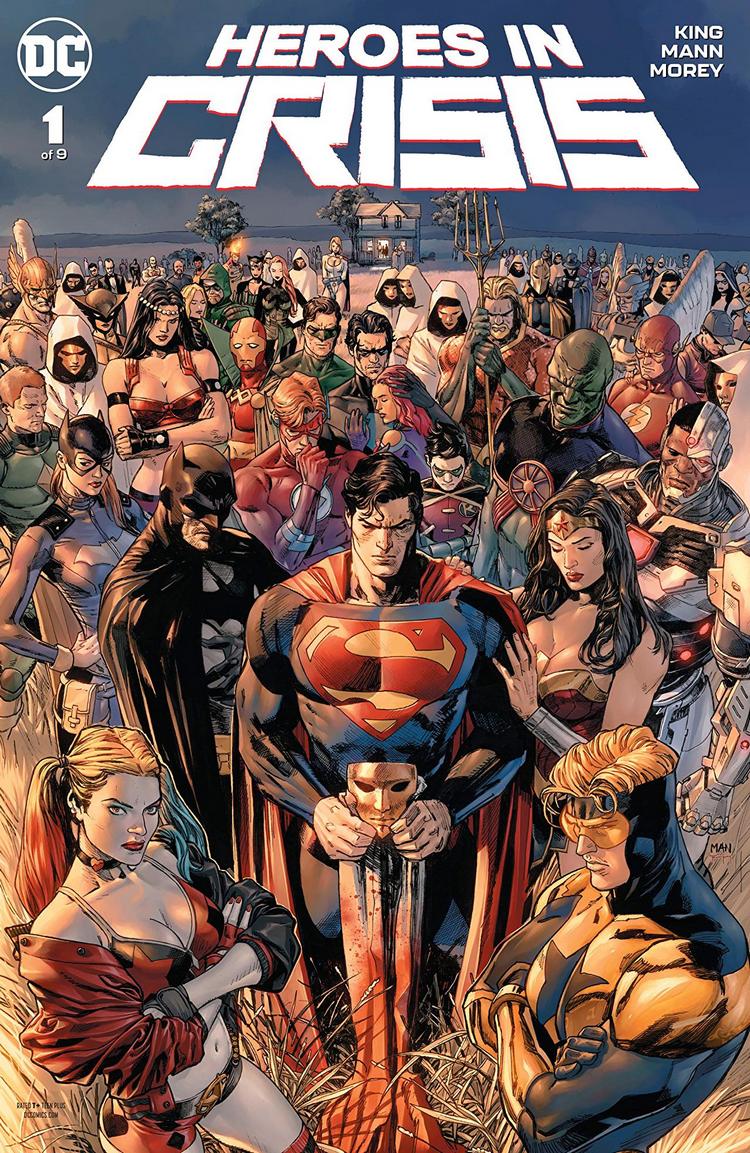 There’s a new kind of crisis threatening the heroes of the DC Universe, ripped from real-world headlines by C.I.A.-operative-turned-comics-writer Tom King: How does a superhero handle PTSD? Welcome to Sanctuary, an ultra-secret hospital for superheroes who’ve been traumatized by crime-fighting and cosmic combat. But something goes inexplicably wrong when many patients wind up dead, with two well-known operators as the prime suspects:Harley Quinn and Booster Gold! It’s up to the DC Trinity of Superman, Wonder Woman and Batman to investigate-but can they get the job done in the face of overwhelming opposition?

Why It’s Hot: Oh man, a lot of people are going to write a lot of words about this comic for one reason or another, so I won’t. All I’ll say is that this is one of the biggest comic book launches of the Fall, and if it wasn’t for a certain Batman book last week it would be the most talked about. Prepare yourself accordingly. 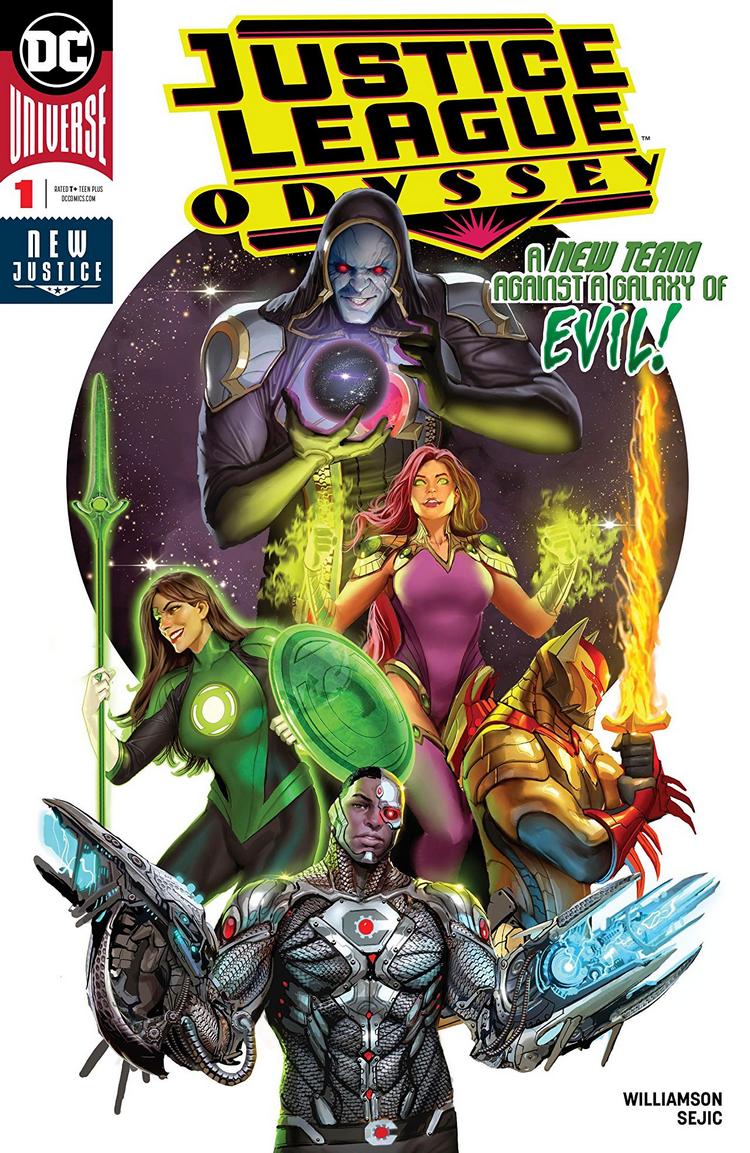 Spinning out of JUSTICE LEAGUE: NO JUSTICE! When a cosmic menace threatens worlds beyond our own in the Ghost Sector, it falls to a new Justice League team to answer the call to battle! Cyborg, Starfire, Green Lantern Jessica Cruz and an out-of-his-element Azrael head to deep space inside a commandeered Brainiac Skull Ship. But as these wildcard teammates try to break through the impenetrable maelstrom imprisoning the desperate collection of planets, they discover something that nothing in the universe could have prepared them for: Darkseid…who says he’s there to help?!

Why It’s Hot: The last piece of the New Justice line of books is here! After a few month delay because of a continuity error Williamson and Sejic’s cosmic adventure gets going with a stunning first issue. Sejic is one of the best artists in all of comics, and Williamson has become absolutely vital to DC’s success in recent years. Then when you look at the concept of the series, and the characters involved this becomes an absolute must read for superhero fans everywhere.

Eisner-nominated and New York Times bestselling thriller writer CHELSEA CAIN returns to comics with a new ONGOING SERIES!
A mutation in Toxoplasmosis causes menstruating women to turn into ferocious killer wildcats-easily provoked and extremely dangerous. As panic spreads and paranoia takes root, the fate of the world rides on the shoulders of one twelve-year-old girl. Part Cat People, part The Handmaid’s Tale, MAN-EATERS will have everyone talking.

This September… the cat wants in.

Why It’s Hot: The Vision is dead. Long live Man-Eaters. Chelsea Cain has made headlines in recent weeks following the abrupt cancellation of her latest Marvel work. The situation is unfortunate and to be frank, a bit inexplicable. It’s a good thing the full time author/part time comic writer is pretty brilliant and has a comic like Man-Eaters to fall back on. Joining her in this creator owned endeavor is the rest of her Mockingbird collaborators. Kate Niemczyk and Rachelle Rosenberg pick up where their last series together left off, and continue to prove that they are a powerhouse art team. This comic has all the potential in the world to be the next big hit for Image. 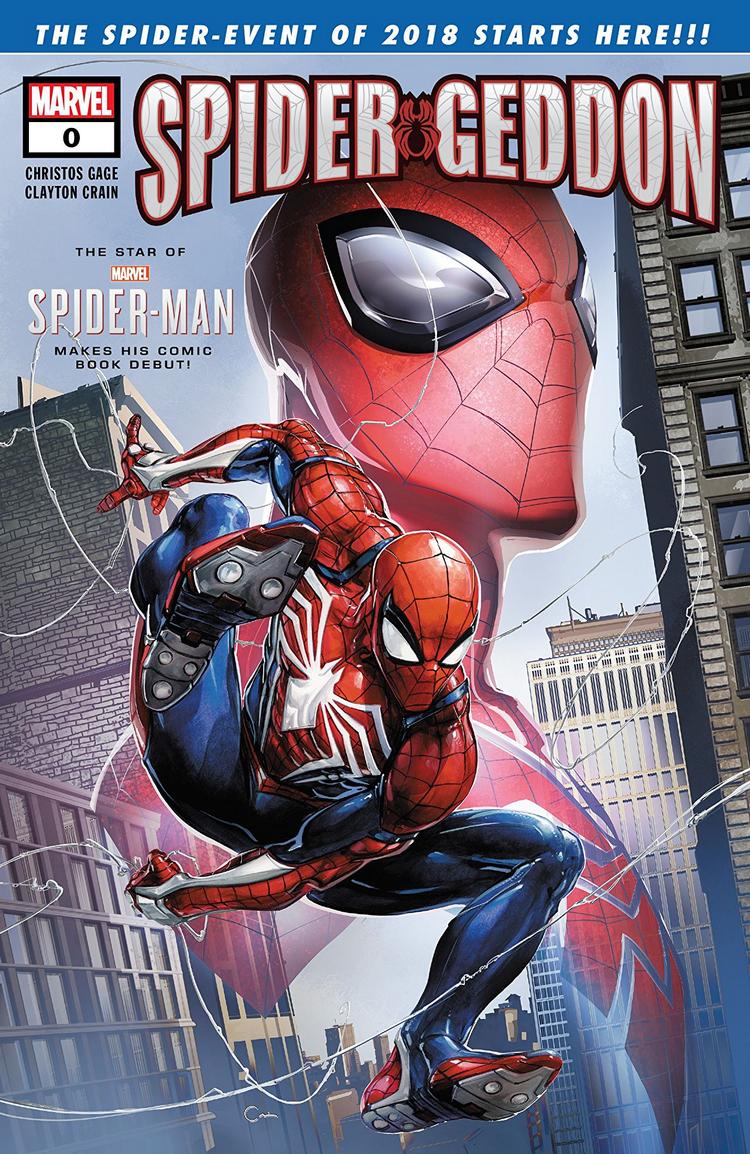 SPIDERGEDDON IS HERE!
• The end of all Spiders doesn’t exclude the star of the most anticipated video game of 2018!
• Marvel’s Spider-Man is out September 7, 2018 exclusively on PlayStation 4. He makes his Marvel Comics debut on September 26!
• How does he enter the Marvel Universe and what role will he play in the final chapter of SPIDER-VERSE?!

Why It’s Hot: Not only is this the start of the next big Spider-Man event, but also features the comic book debut of the hit PS4 game’s take on Peter Parker. The best selling video game has received rave reviews, and many people, including myself, have called it one of the best Spider-Man stories ever. Now that Peter Parker is going to be introduced to comic book fans everywhere by the writer who helped write and develop the character in the game. This is cause for celebration, and hopefully strong sale as we venture “Into the Spider-Verse” once again. Yes, I don’t think it’s a coincidence that this event will be running when the new movie is released. This event has a lot of crossover potential, and could be one of the biggest comics of the year. 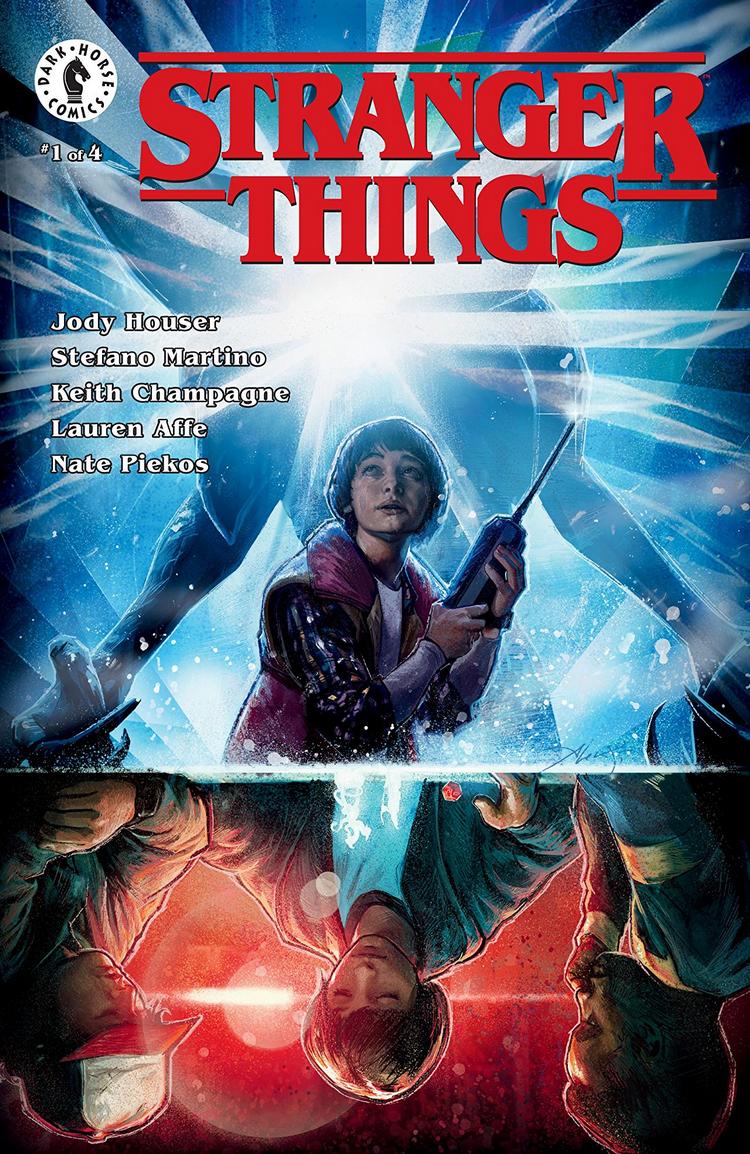 The nostalgia igniting hit Netflix original series comes to comic shelves. Follow Will Byers into a dimension of decay and destruction where he must use his wits and resolve to dodge the pursuit of the Demogorgon and escape the Upside Down.

Why It’s Hot: A Stranger Things comic that tells the until now unseen story of what Will went through while missing in season one? Written by rising star Jody Houser? Sign me up! Hopefully this delivers all of the goods as we wait the long wait for season three.