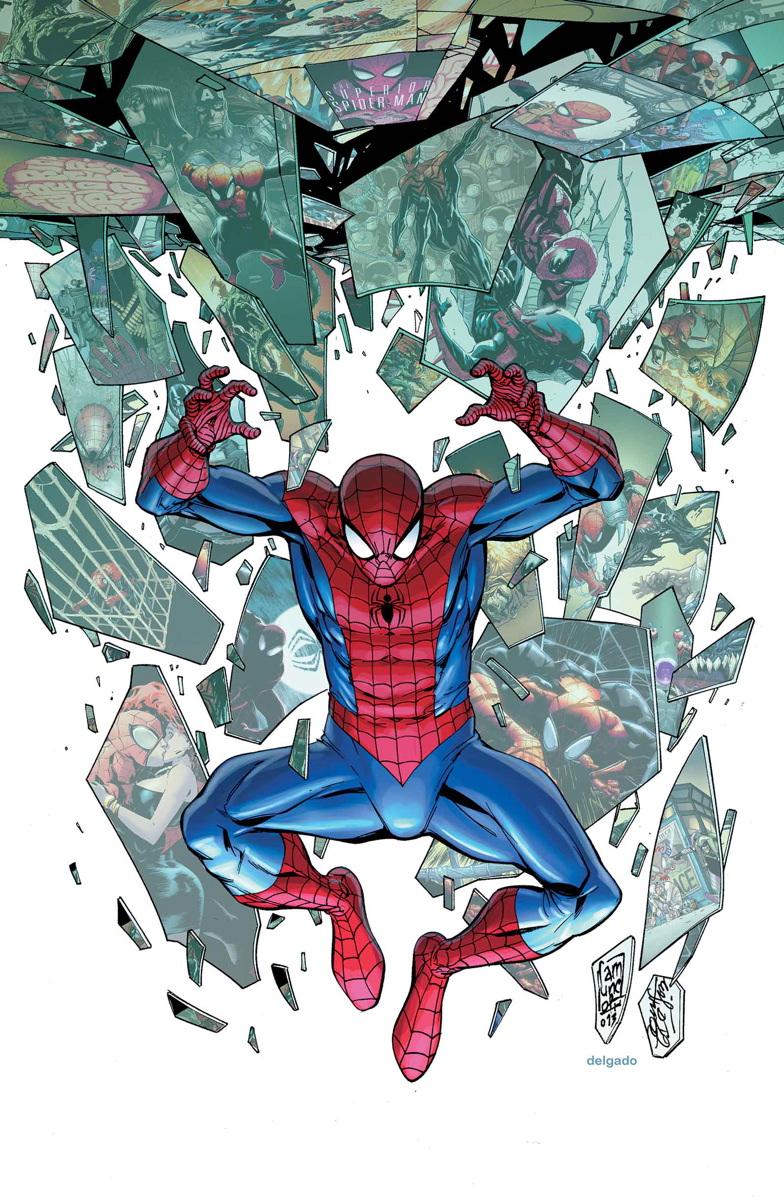 • Nightcrawler is back at the Jean Grey School!

• But when Mystique comes calling, he may be returning to the afterlife very soon.

Why It’s Hot: Nightcrawler is back in the land of the living, as the Jason Aaron era comes to a close. Jason Aaron has flown through the Marvel ranks on his way to becoming one of the top writers in the industry. One constant during his meteoric rise was his presence in the X-Men family. From his earliest printed work, to his work on the various Wolverine books, to his beloved run on Wolverine & The X-Men, right on through his launch of Amazing X-Men, the mutants have always been a part of his career. This is no longer the case, as this issue is the last on this side of the Marvel Universe for awhile, and it is one not to be missed! 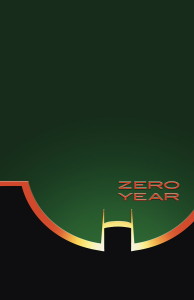 Why It’s Hot: The critically acclaimed, commercially beloved Zero Year epic reaches the homestretch as the final 1/3 of the story begins. Snyder and Capullo are one of the greatest creative teams in comics, and they keep turning out issue after issue of amazing work. With the launch of Batman: Eternal and the much anticipated debut of the new Detective Comics creative team, it is becoming a bit more crowded on the Bat-side of the DC Universe. Don’t forget just how great Snyder & Capullo have been over the past several years, as Batman still remains one of the best books on the racks. 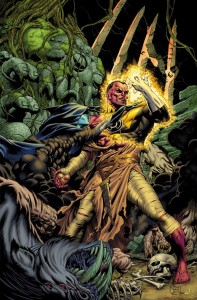 Thaal Sinestro has lost everything he’s ever loved: his home, his family, his only friend. But no matter how desperate he becomes, Sinestro will never be without fear…a lesson his one-time ally, one-time enemy Lyssa Drak is eager to teach him! Can he take back the despicable Yellow Lantern Corps? Or does the universe have a new destiny in mind for Sinestro?

Why It’s Hot: Cullen Bunn is one of the fastest rising stars in the comic book industry, and his work on Magneto has proven that he can handle the intricacies of highly complex, morally ambiguous characters with an edge to them. The character of Sinestro fits that description to a tee. After nearly a decade of being one of the most popular characters in comics, the creator of the Yellow Lantern Corps is finally getting his own series. When you add it all up, you are left with a highly anticipated book that has all the ingredients to live up to the hype. That is the embodiment of what a hot book is all about. 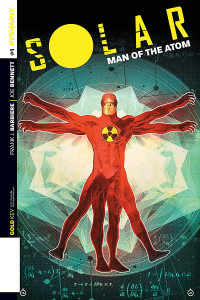 “This all started with an accident…”AN ALL-NEW CORNER OF THE GOLD KEY UNIVERSE! Flooded with experimental radiation that grants him unbelievable powers, the brilliant-and-obsessive Dr. Phil Seleski seeks to unlock the secrets of the universe, begrudgingly becoming a “hero” along the way. But can a single man be trusted with near-limitless abilities? What will this mean to the ones he loves? And will his choices lead to utter chaos and destruction? Brilliant writer FRANK BARBIERE (Five Ghosts) and JOE BENNETT present the Man Of The Atom as you’ve NEVER imagined!

Why It’s Hot: One of the biggest surprises of the year has been Dynamite’s relaunch of the Gold Key characters. Editor Nate Cosby has quietly assembled a great group of creators to breathe new life into these classic characters. Greg Pak’s Turok: Dinosaur Hunter and Fred Van Lente’s Magnus: Robot Fighter have gotten off to blistering starts, and Frank Barbiere is poised to join them with the launch of Solar: Man of the Atom. These are books that may have flown under the radars of many readers, but deserve a larger audience, as they are some of the best that comics have to offer. This week serves as a perfect jumping on point, so don’t miss out!

• SERIES FINALE! The end of an era! A tale of triumph and tragedy! The GREEN GOBLIN unmasked! A hero reborn! But what does this mean for OTTO OCTAVIUS?!

• There’s only one man who can save us from the Goblin Nation… PETER PARKER: The one, true SUPERIOR SPIDER-MAN!

Why It’s Hot: The end of the “Superior Era” is upon us as Spider-Man takes on The Goblin King and his Goblin Nation with the fate of New York in the balance. The story that many thought would fail has become one of the most beloved Spider-Man tales ever produced, and it all ends here. What does the return of the Amazing Spider-Man mean for Otto Octavius? What does it mean for Peter Parker himself? There’s only one way to find out, and that’s by picking up the extra sized series finale.