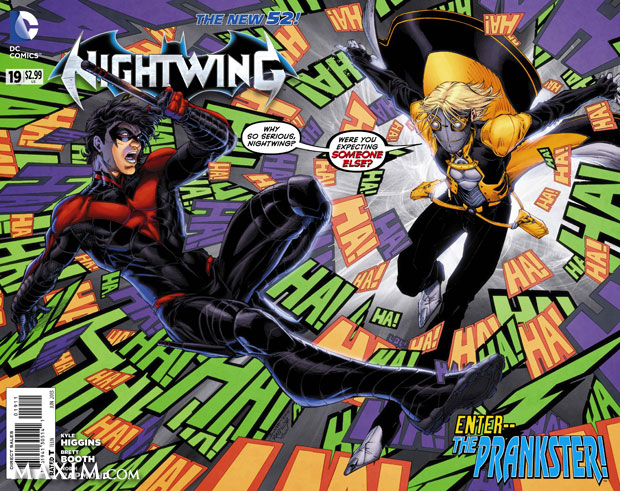 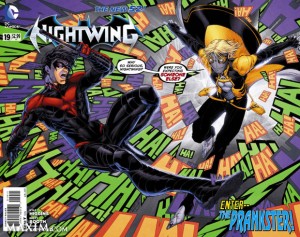 “Death of the Family” is over, but the laughs continue to plague Nightwing. But it can’t be him-can it?

Why It’s Hot: Big changes are afoot for Nightwing, not the least of which is Dick Grayson has a brand new location — Chicago! — and a brand new artist. Comicosity interviewed Brett Booth last month about moving over to illustrating the very first sidekick in the DC Universe, and all the ways he’s now his own man. This is a great jumping on point for those who have been waiting for Bat-family crossovers to end. Don’t miss out! 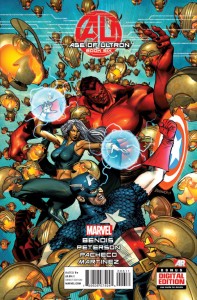 The heroes take the fight to Ultron…with a near-broken Captain America taking the lead! Meanwhile, Wolverine takes it upon himself to make one of the most controversial decisions in the history of Marvel comics…and you’ll never believe who goes along with him!

Why It’s Hot: Age of Ultron enters its second half and with it comes a new artist and an entirely new adventure. As heroes travel through time to stop the disaster they’ve experienced before it can even occur, readers may begin to see a kernel of how all this came to be — and what the Marvel Universe may look like afterwards! 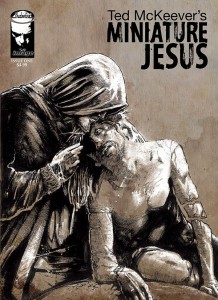 Devil on one shoulder – angel on the other. One tells you to do bad things, the other . . .  well, you get the idea. Bad news for a recovering alcoholic if the “good” one is MIA. Between a liquor-gulping demon and a mummified cat hell-bent on mucking up his fragile stability with esoteric trappings of Egyptian Gods, it’s all about to make our hero’s day hit the proverbial fan.

Why It’s Hot: From classic Vertigo Comics creator Ted McKeever (The Extremist, Doom Patrol, Industrial Gothic) comes a brand new 5-part mini-series published by Image Comics. Fans of recent takes on God, the Devil and other brilliant creator-owned work coming out of Image, should definitely check this book out! 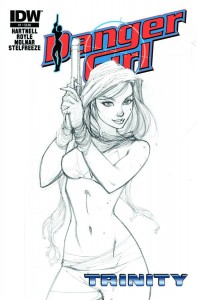 It’s three times the ACTION, three times the THRILLS, and three times the DANGER!!!  Abbey, Sidney and Sonya embark on three different knuckle-clenching adventures, each an epic tale of intrigue and derring-do, and each drawn by a different fantastic artist-It’s a triple-play of danger that will climax with the biggest surprise of the year!

Why It’s Hot: Danger Girl has long been a huge fan favorite, and although original creator J. Scott Campbell isn’t joining his co-creator Andy Hartnell on this series (except for the awesome covers), this new edition of the adventures of female secret agents is sure to be full of fun and frolic! Looking for comics that are outright fun and crazy? This is the book for you! 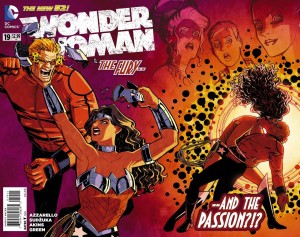 What is the one way Wonder Woman can stop Orion?

Why It’s Hot: Azzarello starts a whole new storyline with #19 that brings the New Gods to the forefront of the New 52! If you’ve loved seeing Orion in the pages of Wonder Woman, get set for a whole lot more in the months to come. And speaking of Orion, the angry man from another dimension might be ruffling things between Diana and her own man from another world, Superman. Is there a new love triangle developing? Grab this issue and see!