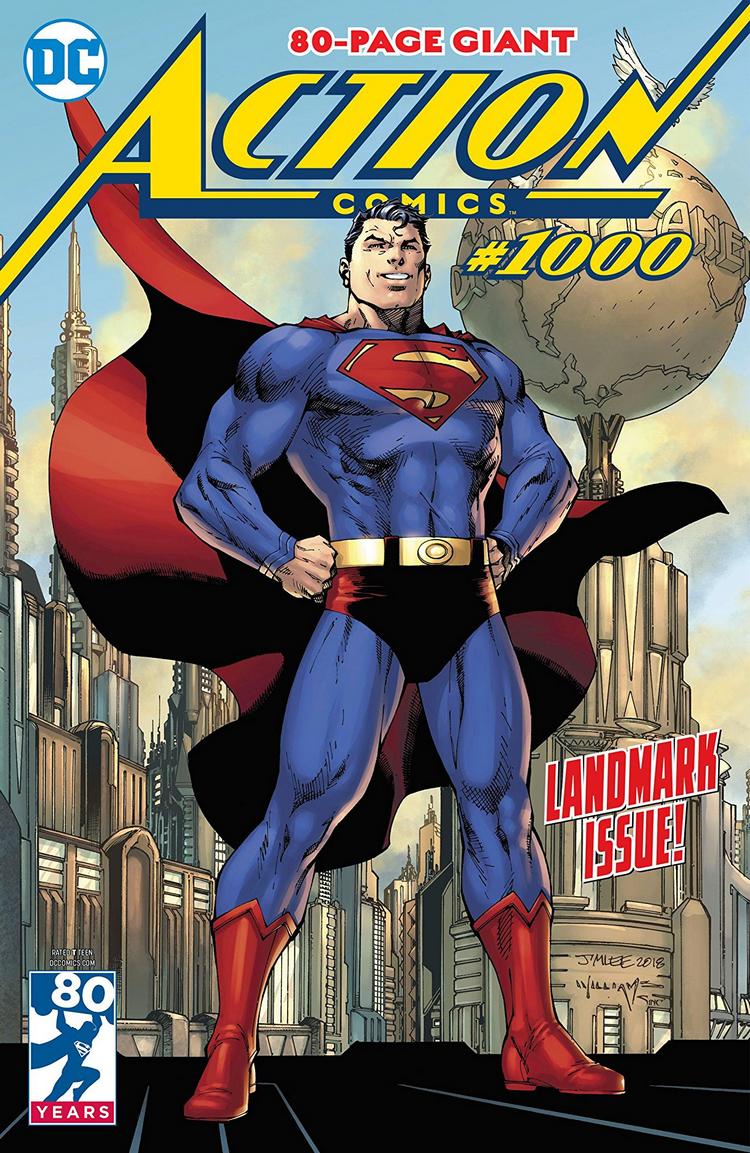 Celebrate 1000 issues of Action Comics with an all-star lineup of top talent as they pay tribute to the comic that started it all! From today’s explosive action to a previously unpublished tale illustrated by the legendary Curt Swan to the Man of Tomorrow’s future-this very special, oversized issue presents the best of the best in Superman stories!

Why It’s Hot: The unquestioned biggest comic of the year as one of the greatest assembly of creative talent joins forces to celebrate all things Superman. One thousand issues is an amazing accomplishment that’s taken eighty years to reach. There’s not much to say about this issue that can’t be done by just saying to look at this creative team. Some of the greatest creators of this generation have come together to celebrate this monumentous milestone. It’s time to celebrate accordingly. 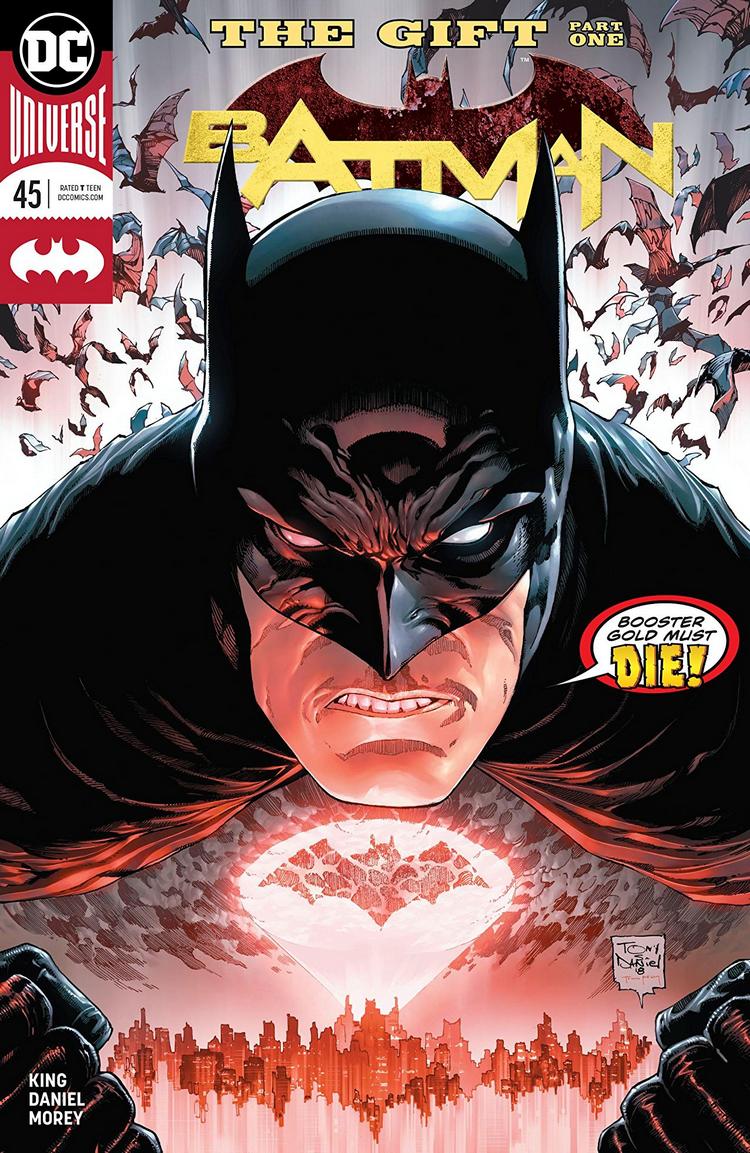 “THE GIFT” part one! Booster Gold has come to Gotham City, and he’s enlisting Batman and Catwoman to go on a time-traveling mission to rescue…Booster Gold! It seems a younger Booster Gold has gone back in time to kidnap an even younger version of himself, and to rescue his own past, Booster must pursue both of his previous incarnations through Batman’s history to find out what is going on. The start of a new story that will sow the seeds for a whole new epic to come-and also the return of Master Class artist Tony S. Daniel (DAMAGE) to BATMAN!

Why It’s Hot: There is a lot to get excited about for in this issue of Batman. From Tony Daniel returning to the title on art duties to Tom King getting writing Booster Gold, this spin on the classic “For The Man Who Has Everything” continues the trend of must read Batman stories that has filled the pages of this comic since the Rebirth relaunch. Booster Gold using time travel hijinx to mess with the timestream is never smart, but it almost always ends up resulting in good comic, and this story appears to be no exception. 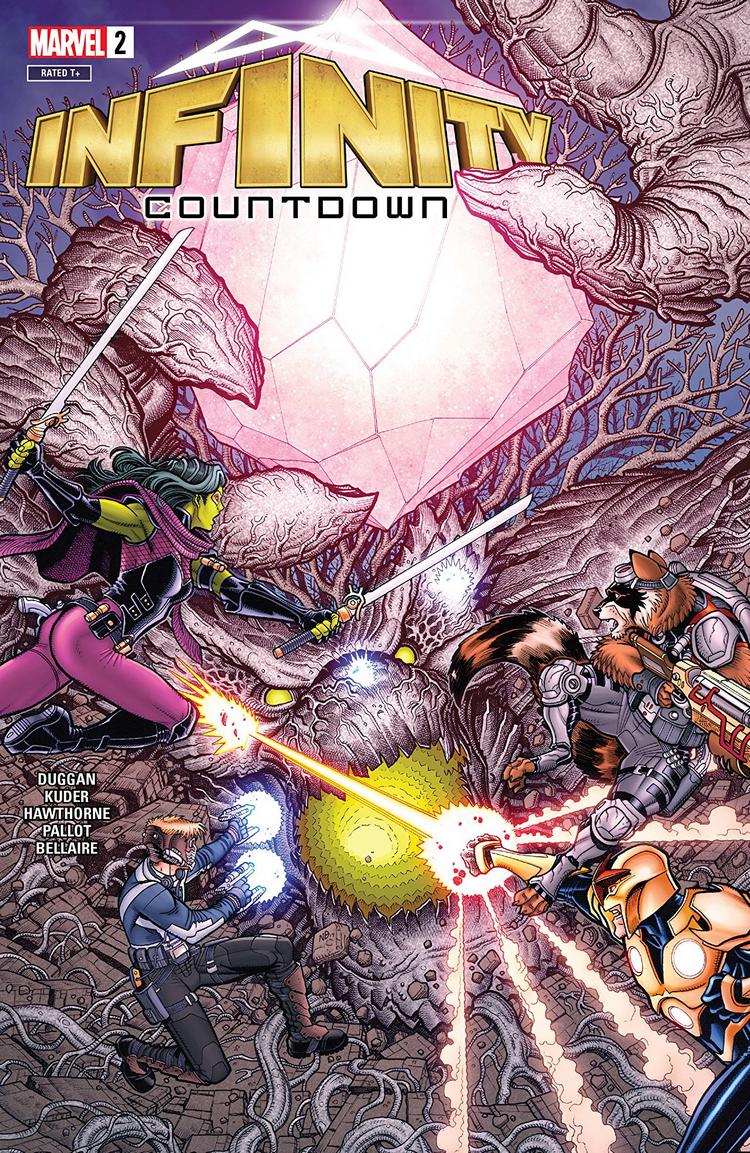 THE BATTLE FOR THE STONES CONTINUES!
The secret is out about the Power Stone, and the Chitauri are in on the action as the Raptors, Novas and Guardians meet for a showdown in space! PLUS: Adam Warlock enters the fray after the events of INFINITY COUNTDOWN: ADAM WARLOCK-his next move will set the stage for cosmic chaos to come!

Why It’s Hot: Gerry Duggan and company have been in the midst of arguably the greatest Guardians Of The Galaxy run ever, and Infinity Countdown continues that trend. The story of the Infinity Stones is one that Duggan and his collaborators have been meticulously planning for the better part of the last year. The results have been so stellar that there’s no question the story deserves a big event payoff. This is cosmic Marvel at its best, and with a little movie with featuring the Infinity Stones on the way there’s no better time to catch up with their comic book counterparts. 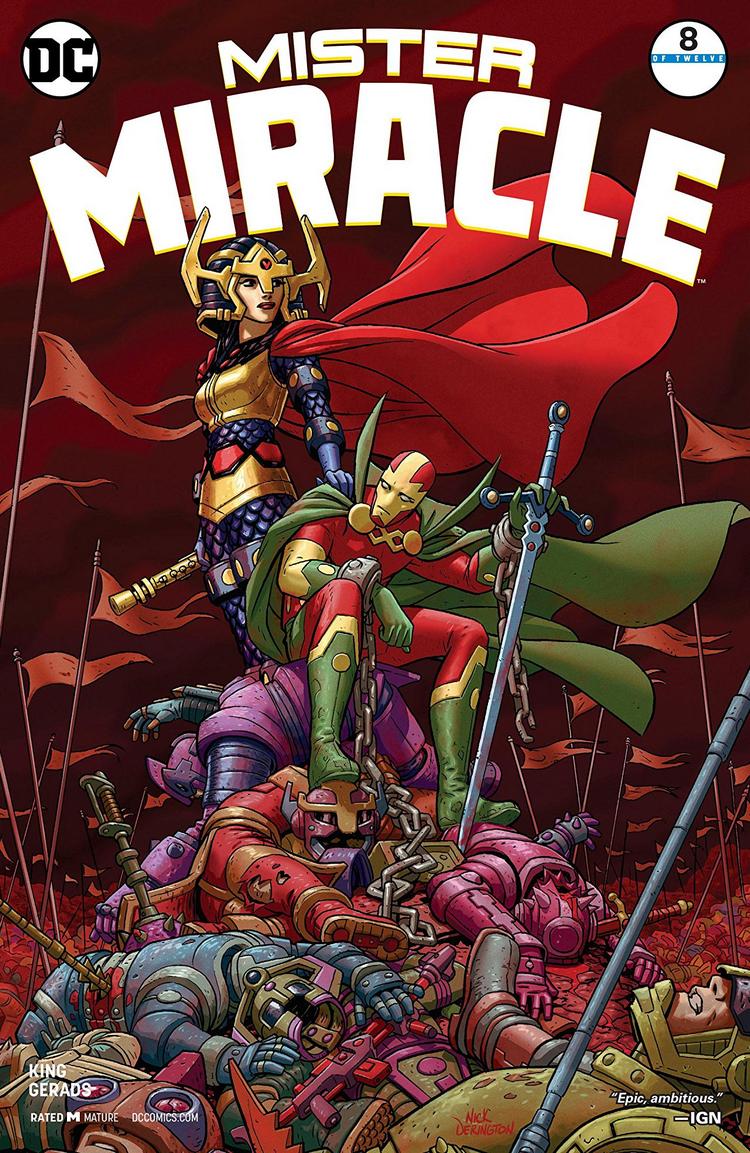 This issue, it’s back to Apokolips-and a return to war. Scott Free is engaged in a bloody battle against Darkseid’s forces, this time without Barda by his side-because her hands are full, thanks to a domestic situation at home. With his attention split by his concerns for his wife’s commitments back on Earth, can Mister Miracle hold his own against the minions of darkness?

Why It’s Hot: The third Tom King book to show up on the Hot Five this week may just be the best of the bunch. Mister Miracle is probably the best comic currently being published by weather of the Big 2, and hands down one of the best superhero comics of the past decade. Eight issues in and the creative team of King and Gerads just keep on finding ways to top themselves. 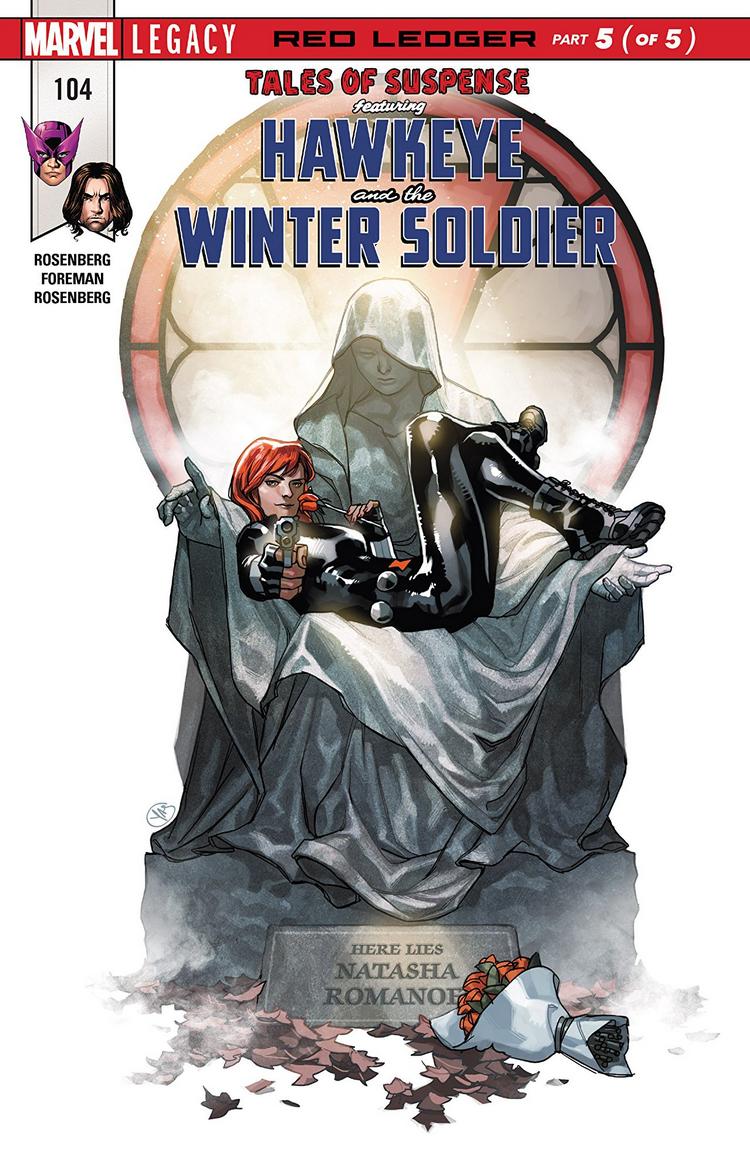 RED LEDGER CONCLUSION!
• It ends here, one way or another. BUCKY and HAWKEYE are closing in on the new Red Room. But what happens when they finally find the BLACK WIDOW?
• Will she stand with them and turn on the people who made her? Or are some bonds too strong to break?
• The tragic tale of an Archer, an Assassin, a Widow and a woman caught between two worlds concludes here!

Why It’s Hot: Hawkeye’s and Winter Soldier’s search for Black Widow ends, as Rosenberg and Foreman’s resurrection of the classic Tales Of Suspense series comes to a thrilling conclusion. All will be answered and the status quo of one major character will be changed forever, Hopefully this isn’t the last time we see this creative team working with these characters, as this comic has been one of the best of the Legacy era, and a must read for fans of Clint, Bucky, and/or Natasha,