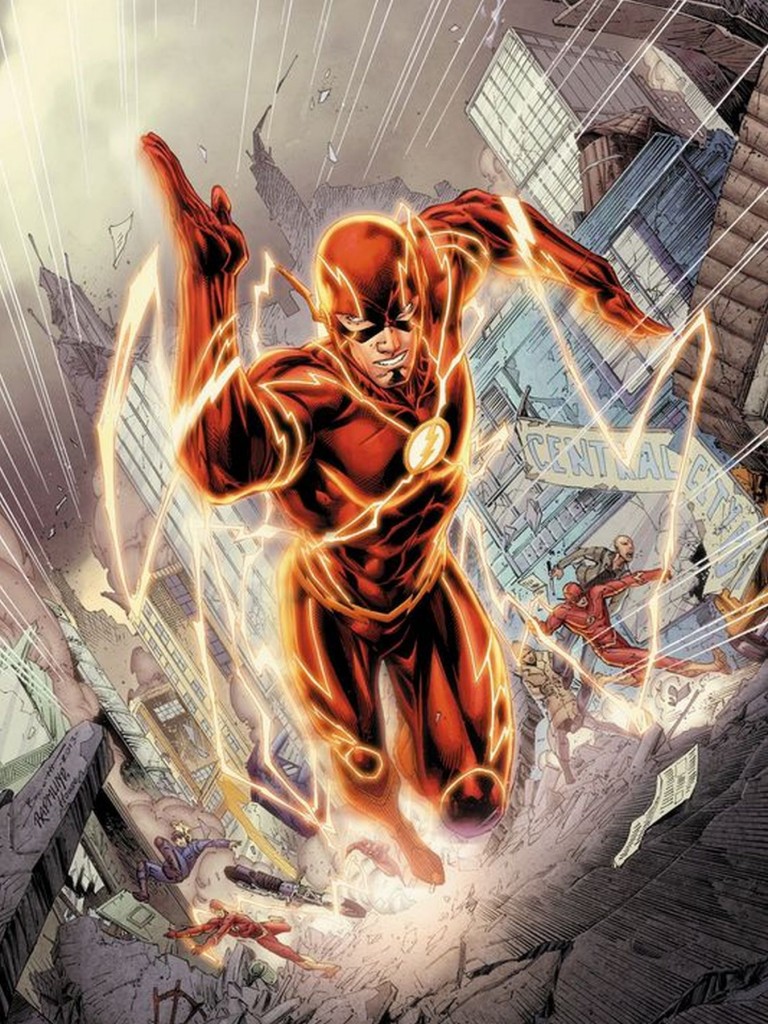 Witness the beautifully violent return of the world’s deadliest assassin. A life spent in silent pain has led Elektra to the precipice of despair. As she prepares to shed her past and take her next step, everything you know about her will change! Death is no escape, but she will find her way as a new option opens up that will take Elektra to places no other Marvel character can go.

Why It’s Hot: Marvel’s premiere assassin gets the All New Marvel NOW! treatment with her own ongoing series for the first time in years. Take one look at the preview pages, and it will be clear that the art of Mike Del Mundo will make Elektra one of the most unique books on the racks. This is going to be one beautiful book that you do not want to miss out on! 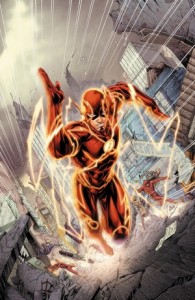 THE FLASH #30
Written by Robert Venditti and Van Jensen
Art and cover by Brett Booth and Norm Rapmund
Published by DC Comics – $2.99

An all-new creative team makes its debut to show the deadly consequences of The Flash’s speed powers. During the traumatic events of FOREVER EVIL, Central City suffered the worst that the Crime Syndicate could dish out. Now The Flash has returned to make things right, but there are limits to what even the Fastest Man Alive can do!

Why It’s Hot: The writing team that did the impossible in following up Geoff Johns and Peter Tomasi’s classic run on the Green Lantern titles look to bring their talents to Central City and the Scarlet Speedster. If their work with the Green Lantern Corps are anything to go by, Flash fans are in for one wild ride. A ride that will include the New 52 debut of Wally West. This issue serves as a perfect jumping on point that new, and old fans alike won’t want to miss! 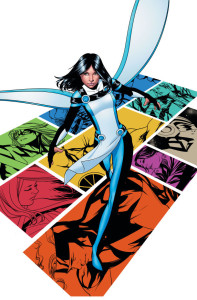 In the aftermath of FOREVER EVIL, Adam Strange is caught up in an adventure across the far reaches of the cosmos that will unite an unexpected team of heroes including Supergirl, Hawkman, Green Arrow, Stargirl, Martian Manhunter and Animal Man – but if they’re on the team, who exactly is Canadian? Plus: Don’t miss the debut of a new Canadian hero who will have a huge effect on the group!

Why It’s Hot: One of the top writers in all of comics, Jeff Lemire, gets to cut loose on a brand new Justice League book in one of the most anticipated launches of the year! You do not want to miss the beginning of a new era for DC’s most iconic team.

IT’S THE PROLOGUE TO THE BIGGEST MARVEL SERIES OF THE SUMMER!
WHO IS THE WATCHER? That’s what Nova is wondering after his latest brush with the moon-dwelling enigma he’s encountered before! But what he discovers will have a profound effect on the young hero, as well as priming the pump for the most cataclysmic event in Marvel history! WHAT DID HE SEE?

Why It’s Hot: Marvel’s summer blockbuster event begins here! The superstar creative team of Mark Waid and Jimmy Cheung tell a story featuring Uatu The Watcher that will pave the way for Jason Aaron and Mike Deodato’s Original Sin event. Don’t miss out on the beginnings of what promises to be one of the biggest stories of the year! 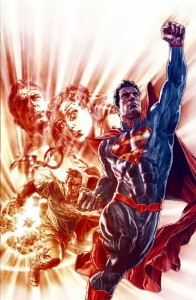 SECRET ORIGINS #1
Written by Tony Bedard, Kyle Higgins and Greg Pak
Art by Paulo Siquera, Will Conrad and others
Published by DC Comics – $4.99

At last, the SECRET ORIGINS of the World’s Greatest Heroes in The New 52 can be revealed! This new series gets off to an awesome start with the origins of The Last Son of Krypton and Kara Zor-El, Supergirl, plus the first Robin, Dick Grayson.

Why It’s Hot: A new series by some of the top creators in comics that tells the definitive New 52 origins of some of DC’s top characters is a book that has a strong possibility of being awesome. There have been a lot of questions since the beginning of the New 52 about how the continuity changes changed what we knew about some of our favorite characters. Secret Origins looks to be a book that will answer many of these questions. The series gets off to a fast start with the secret origins of three of DC’s greatest characters in Superman, Supergirl, and Dick Grayson!