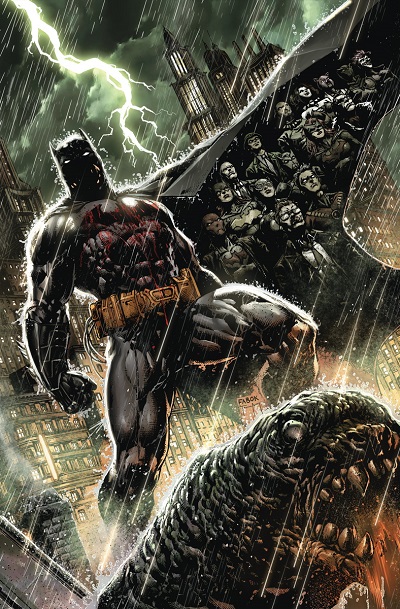 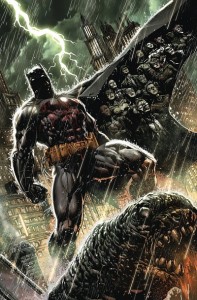 Don’t dare miss the start of the Bat-story so big it’s going to take every week of the month to tell! A massive cast of Gotham City’s best (and worst) examines the relationship between Batman, his allies and his city. In this debut issue, Commissioner James Gordon is caught on the wrong side of the law!

Why It’s Hot: An all-star group of creators bringing readers the biggest Batman story of the year on a weekly basis. It doesn’t get much hotter than this.

High above the city, in a multi-million dollar penthouse, Danny Rand, a.k.a. Iron Fist, “The Living Weapon,” is haunted by the consequences of choosing death over life. A message from Iron Fist’s mystical homeland of K’un-Lun brings Danny back to his blood soaked origin of betrayal and vengeance! Revenge is a weapon that cuts both ways…. Will Danny survive the bloodletting? A one-of-a-kind kung fu action epic directed by the inimitable Kaare Andrews!

Why It’s Hot: Not only is Danny Rand, The Immortal Iron Fist, back in the spotlight, but this week features the return of one of comic’s most talented, and innovative artists. Kaare Andrews is back, and is promising to tell an Iron Fist story that readers have never seen before. If any creator is capable of  blowing the minds of readers everywhere, it is Kaare Andrews, and you won’t want to miss it.

Newly-returned from the afterlife, veteran X-Man Kurt Wagner finds himself in a world that’s a far cry from the one he left: Professor Xavier is dead, Cyclops is on the run, and the X-Men are divided. But determined not to let his new lease on life go to waste, Nightcrawler hits the road alongside Wolverine, eager to right some wrongs and safeguard the future mutantkind…and he’s going to do it by the means he loves most: swashbuckling, lady-charming and—of course—BAMFing!

Why It’s Hot: The fan favorite blue elf is back, and he is bringing along an old friend, as Chris Claremont makes his return to the X-books. A series featuring a much beloved character, written by the man most associated with him is reason to get excited. Can Claremont recapture some of the old magic? There is only one way to find out!

INDIANA JONES FOR THE 21ST CENTURY!

Marvel Knights: Hulk and GLORY writer JOE KEATINGE teams up with artist extraordinaire LEILA DEL DUCA for her Image Comics debut in an all-new ongoing series combining the urban fantasy of Fables and the globe-spanning adventure of Y: The Last Man. Kate Kristopher, once the most famous explorer of an Earth far more fantastic than the one we know, is forced to return to the adventurous life she left behind when a family secret threatens to destroy everything she spent her life protecting.

Why It’s Hot: Do not miss out on writer Joe Keatinge’s new creator owned book, as he teams up with artist Leila Del Duca to bring us Shutter. The book has all the ingredients to be a breakout hit. A hybrid Sci-Fi/Classic Adventure comic about family, legacy, and forging one’s path in the world. All of this combined with a strong female protagonist, and a sense of wonder makes this a debut issue that is not to be missed. 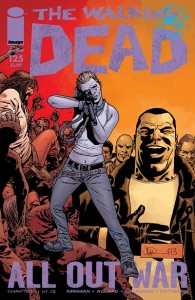 The f*ck f*cking f*ckity f*cking penultimate chapter of All Out Motherf*cking War!

Why It’s Hot: The 4th season of the smash hit The Walking Dead television show just concluded, and now one of the biggest stories in the comic book’s history is drawing to a close. All Out War has lived up to its name. It’s been action packed, and bloody with the potential to change the book forever. Just how far is Kirkman willing to go?