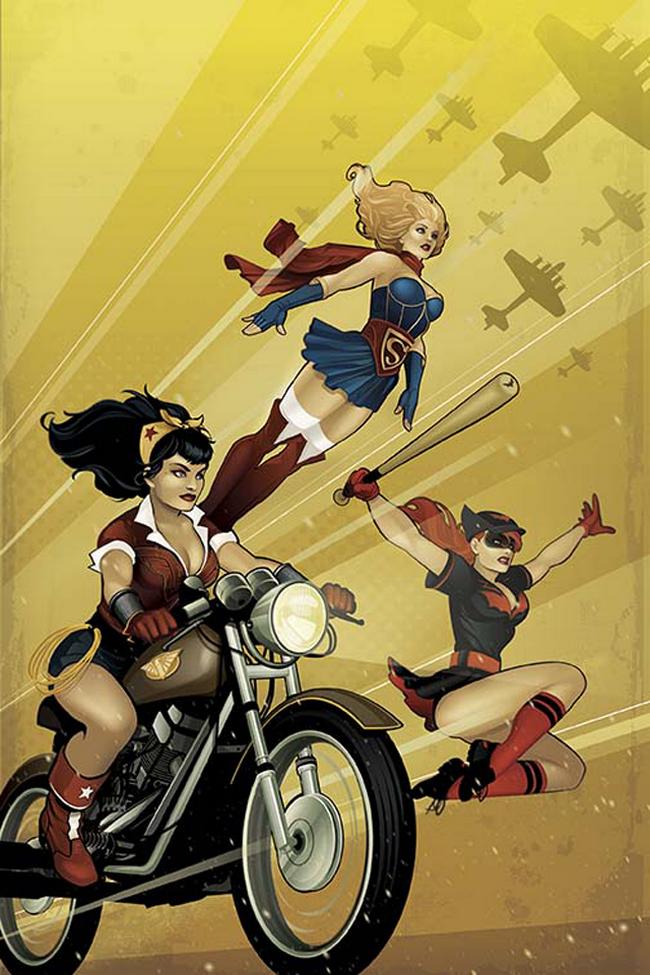 The ultra-popular statues from DC Collectibles come to life in their own ongoing comic book series! Learn the story behind this alternate reality where the Second World War is fought by superpowered women on the front lines and behind the scenes! It all begins with the stories of Batwoman, Wonder Woman and Supergirl.

Why It’s Hot: The digital first comic that fans around the world have been raving about makes its print debut this week. An insanely talented female creative team on a book featuring 1940s takes on all of the major female DC characters. Everything about this book is awesome, and if you haven’t picked up the issues digitally don’t miss out now that they’re in print! 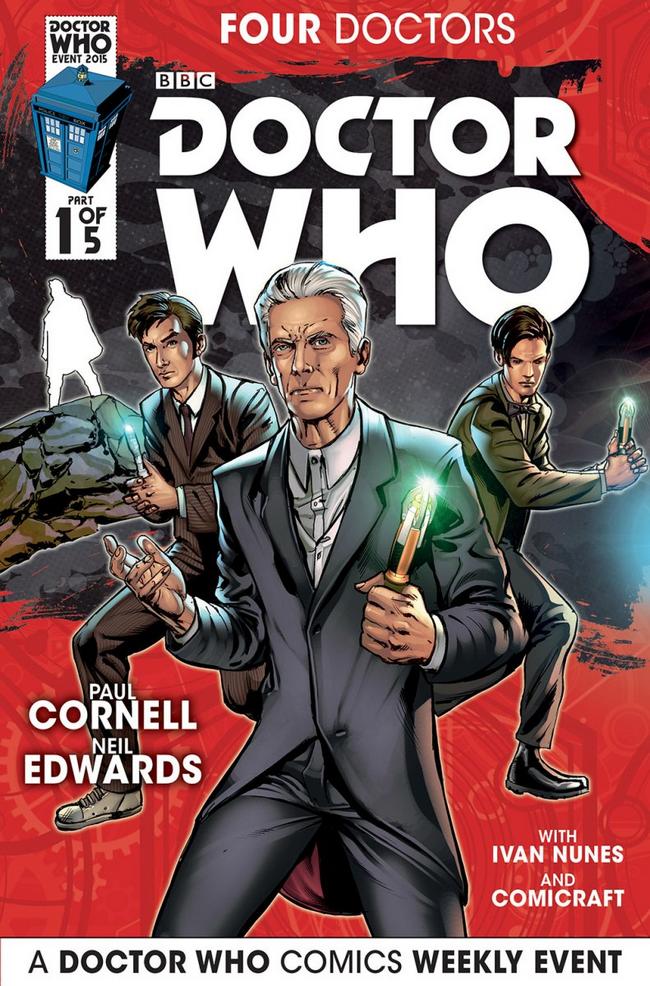 What shocking past event brings three Doctors together – to combat an unknown foe with three incarnations in its sights? The five-part Doctor Who event of 2015 begins here in a tale written by Doctor Who novelist Paul Cornell and illustrated by Neil Edwards that brings together the tenth Doctor and Gabby, the eleventh Doctor and Alice, and the twelfth Doctor and Clara!

Why It’s Hot: A five part, weekly Doctor Who comic book event that sees the tenth, eleventh, and twelfth incarnations of our favorite Time Lord brought together? Sounds like a big deal to this Whovian. Oh it just so happens to written by Doctor Who veteran Paul Cornell? This may very well be the biggest event in Doctor Who’s comic book history. If you like the show, but haven’t read the comics, there’s no better place to start than right here. 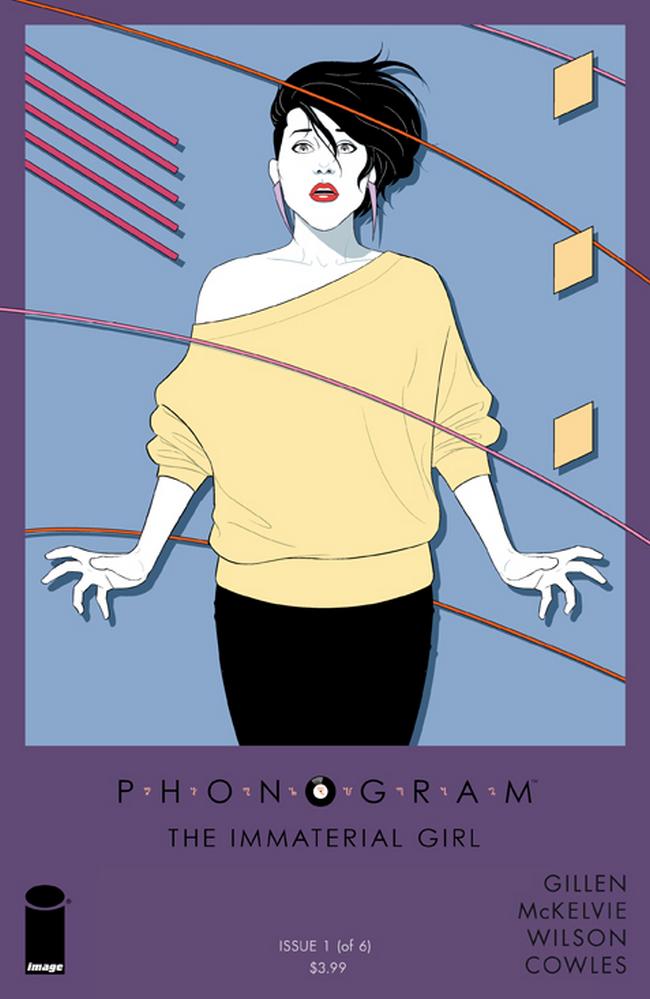 The team behind the New York Times bestselling and Eisner-nominated smash hit THE WICKED + THE DIVINE return to the acclaimed urban-fantasy where they first made their names. Nearly a decade ago, Emily Aster sold half her personality for the power to rule a coven of phonomancers. I’m sure nothing could go horribly, monstrously wrong now. In a world where Music is Magic, a song can save or ruin your life. In THE IMMATERIAL GIRL, we discover what a video can do.

Why It’s Hot: Quite a bit has happened since we last saw Phonogram. First and foremost, the creative team of Gillen and McKelvie have become bonafide superstars. Over the past few years any book with their name on it has turned to gold. Now the duo gets to return to the comic that set them on their path to success, and I have a feeling quite a few more readers will be along for the ride. With Phonogram you have people, music, and magic done in a way that only Gillen and McKelvie can. There’s nothing else like it in all of comics, and after a long wait it’s nice to have it back.

OWEN REECE DIED FOR OUR SINS!

Why It’s Hot: Given the nature of the comic book industry a lot of the focus at Marvel has turned away from Secret Wars and on to the “All New All Different” relaunch that follows. That’s all fine and dandy, but the truth of the matter is that this comic might just be the best event comic in Marvel’s history, and at the same time is wrapping up one of the industries all time great creative runs. After last issue’s explosive confrontation, the series has reached crossed the halfway point, and is bound to get even crazier. What’s next? Only God Doom knows for sure, but I have a feeling it will be pretty damn good. 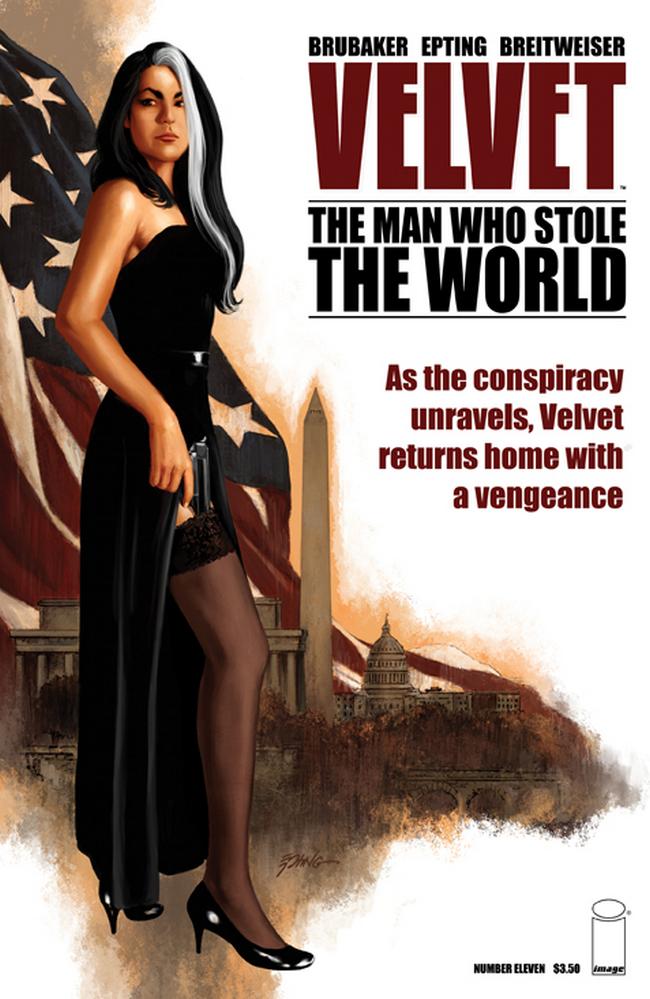 RELEASED THE SAME DAY AS THE SECOND TRADE!
Velvet’s hunt has led her into a dark web of lies and murder, and as the secrets come to light, they all point to one place-Washington DC, to the very halls of world power. Can Velvet find “The Man Who Stole The World” or will she die trying?

Why It’s Hot: After a few month break Velvet is back! The comic features one of the best female protagonists in comics today, the spy genre at its best, and a great creative team at the top of their game. The return of one of the best titles being published is reason to celebrate. If you haven’t been reading the adventures of Velvet Templeton pick up the first two TPBs (the second of which is also released this week), and enjoy!