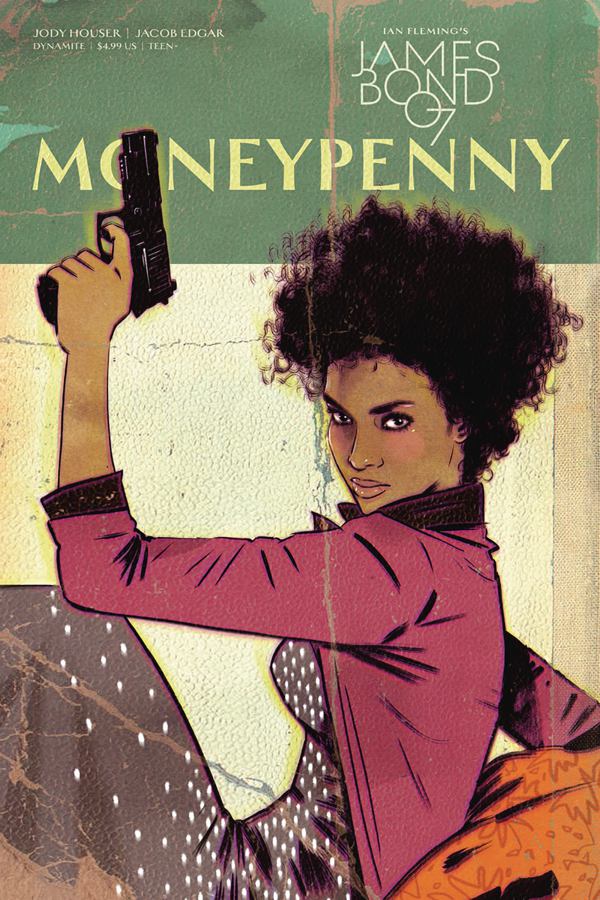 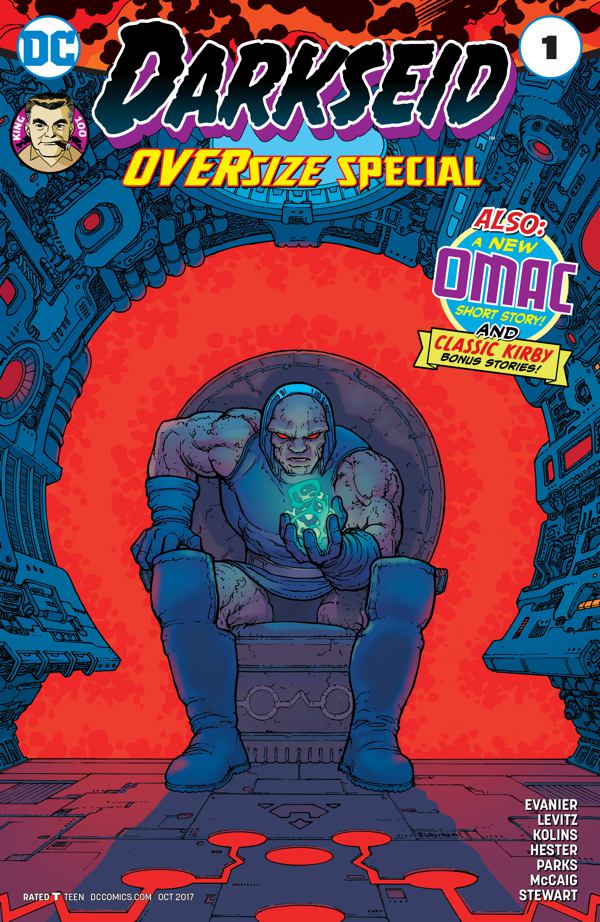 Mark Evanier, longtime Kirby associate and biographer (Kirby: King of Comics), tells a tale starring one of Jack’s greatest villains. The latest daring escape from the orphanage of Granny Goodness leaves an infuriated Darkseid determined to capture and punish the escapees. The Lord of Apokolips puts his best hunter on the case, but one of Granny’s students is unlike anyone he’s encountered before. Plus, an untold tale of Omac by Paul Levitz and Phil Hester.

This issue also includes the stories “The All-Seeing Eye,” from TALES OF THE UNEXPECTED #12, with art by Jack Kirby, and “Raid from Apokolips,” from FOREVER PEOPLE #6, written and pencilled by Jack Kirby.

Why It’s Hot: DC’s celebration of The King’s 100th birthday concludes with an oversized special featuring arguably his greatest, and most enduring creation for the company. Mark Evanier, one of the foremost experts on Jack Kirby’s career leads a great creative team as Darkseid takes center stage. 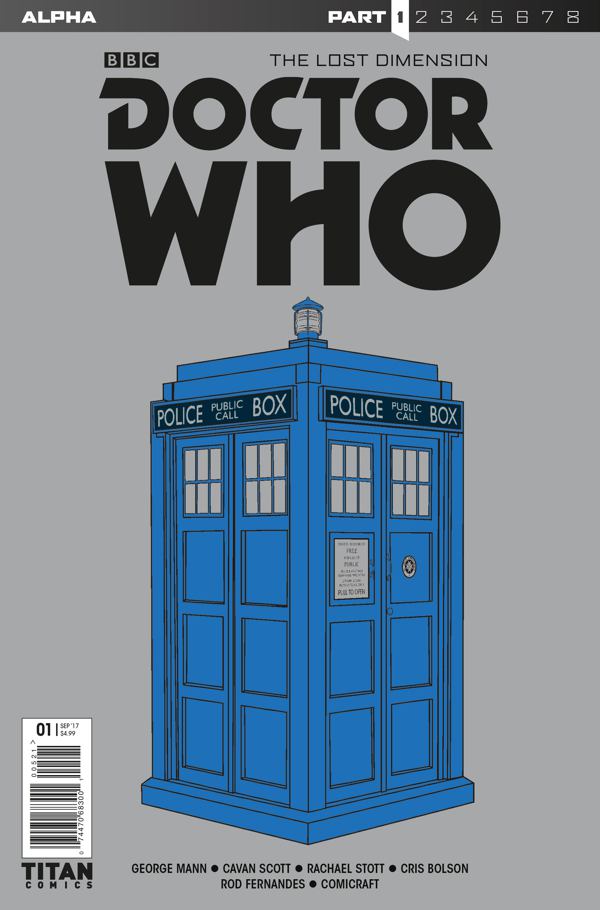 THE VOID HAS ALWAYS EXISTED: “NO PLACE. THE SILENT REALM. THE LOST DIMENSION.” THE ENDLESS, EMPTY SPACE BETWEEN UNIVERSES. BUT THE VOID IS NO LONGER EMPTY.  A SPARK HAS BEEN LIT IN THE EMPTINESS – A SPARK NOW GROWN INTO AN ENTITY POWERFUL ENOUGH TO SHATTER CREATION. THE VOID IS HUNGRY. AND IT IS ALREADY HERE.  THIS IS A THREAT BIGGER THAN US. IT’S MORE THAN ONE DOCTOR CAN HANDLE – AND EVEN THE DOCTORS ALONE MAY NOT BE ENOUGH! THIS IS THE LOST DIMENSION!

Why It’s Hot: The biggest Doctor Who comic book story of the year begins here! As fans eagerly wait for the 12th Doctor’s farewell, and the introduction of the first female Doctor, Titan Comics is bringing multiple iterations of the character together for a massive adventure. This is the best way a Doctor Who fan can pass the time until Christmas Day. 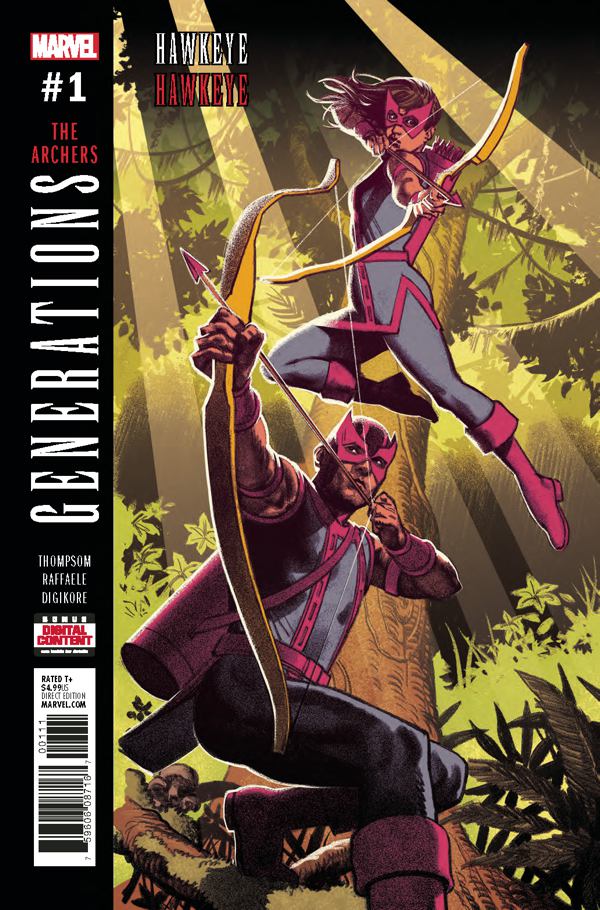 TWO ARCHERS. ONE-SHOT.
•  Kate Bishop, A.K.A. Hawkeye, finds herself smack-dab in the middle of a battle royal between the world’s most skilled sharpshooters – including an inexplicably young Clint Barton, A.K.A. the OTHER Hawkeye.
•  The prize? Bragging rights for being named the best, of course – oh, and you get to stay alive!
•  Unfortunately for Clint, several of his competitors are villains he’s taken down, making HIM a primary target.
•  So, on top of figuring out where and WHEN she is, Kate’s got to find a way to win this little contest of skills and keep her not-so-old pal Clint out of the crosshairs… easy, peasy.

Why It’s Hot: Generations has been a collection of great one shots with Marvel’s past and present on display, as legacy characters take center stage. There’s no denying that these issues have exceeded expectations when they were announced several months ago. With the work that Thompson has been doing on the ongoing Hawkeye series, this issue has been one of the most anticipated of the bunch. Kate, and Clint together again as readers find out what being a Hawkeye is all about.

By writer JODY HOUSER (Mother Panic, Faith) and new artist JACOB EDGAR, a never-before-told mission starring MONEYPENNY, friend of JAMES BOND, former MI6 field agent and bodyguard of M! On a ‘routine’ protection mission, Moneypenny discovers a complicated assassination plot that bears a startling resemblance to a terrorist attack from her childhood. Can she call upon her secret agent skills to stop the plot…?

Why It’s Hot: Moneypenny takes center stage, as the James Bond franchise’s resident secretary, bodyguard, field agent gets her own story all to herself. Add the fact that Jody Houser is one of the hottest talents around, and this becomes a must read for all 007 and comic book fans alike. 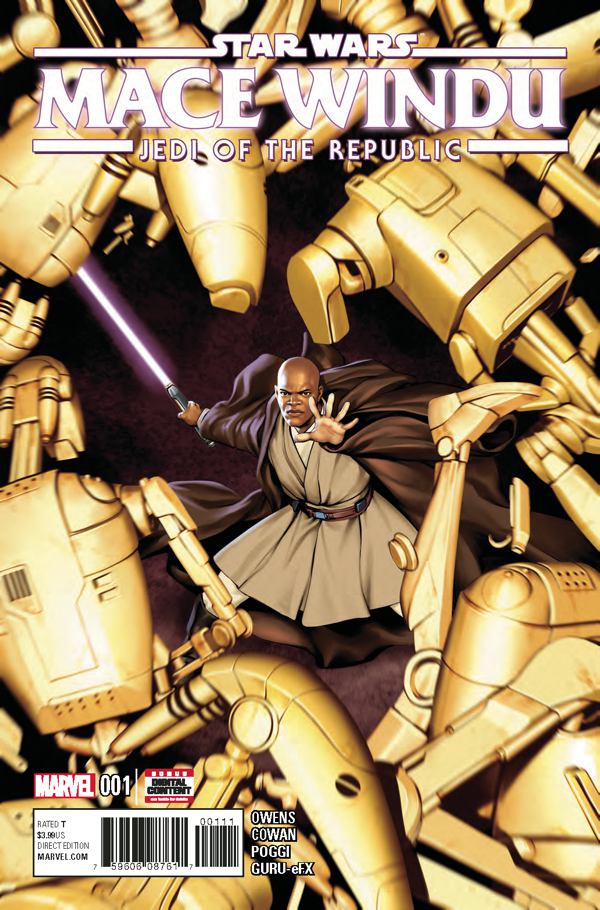 For over a thousand generations, the Jedi have been the peacekeepers of the galaxy…but now, at the dawn of the Clone Wars, they find themselves in a new role: generals in the Army of the Republic. As Mace Windu, one of the Jedi’s greatest warriors, leads a small unit of Jedi into battle shortly after the war begins, the Jedi must make peace with their new role, or be lost to the violence around them!

Why It’s Hot: It’s about time that Made Windu gets some love from the new(er) Star Wars continuity. At this point any new Star Wars comic is worth getting excited over. With Marvel yet to put out a mediocre series featuring the franchise there’s no reason to expect a one starting the Jedi Samuel L. Jackson made famous will be any different.