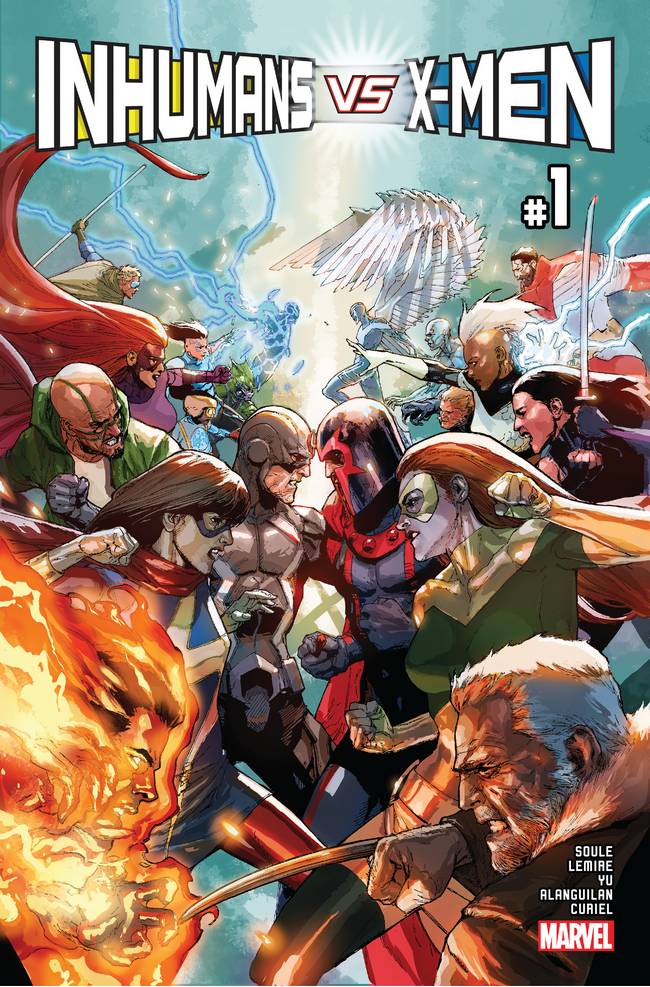 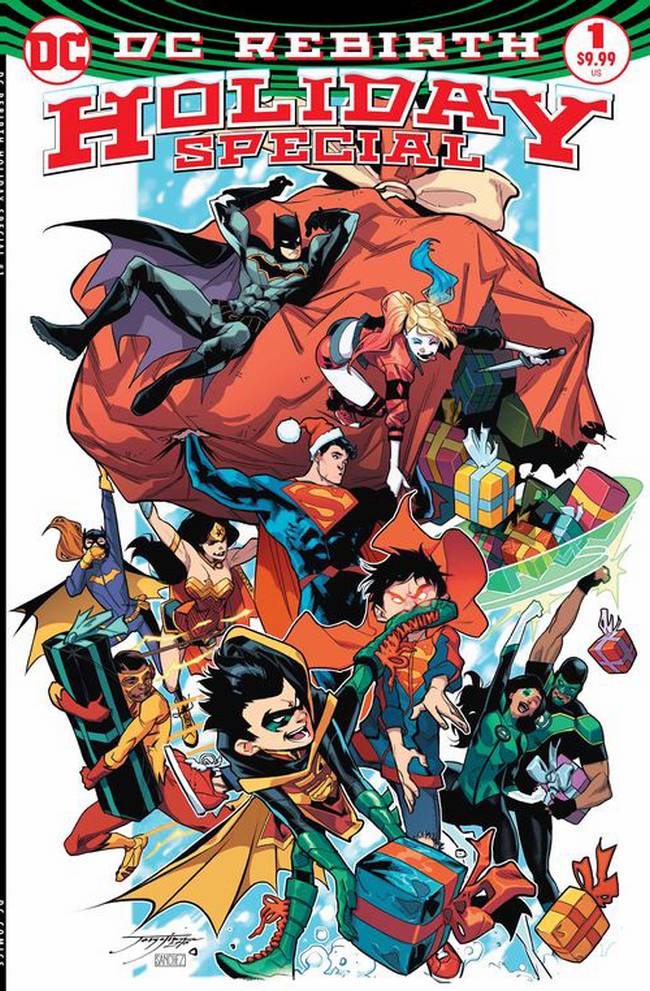 Why It’s Hot: A lot of holiday specials throughout the the years haven’t been worth the money, but most of those issues didn’t have the creative teams that this year’s DC Rebirth Holiday Special does. Some of the top names at DC working with the top characters on holiday themed stories that will warm your heart. If you’re a comics fan looking to get into the holiday spirit this special is a must buy. 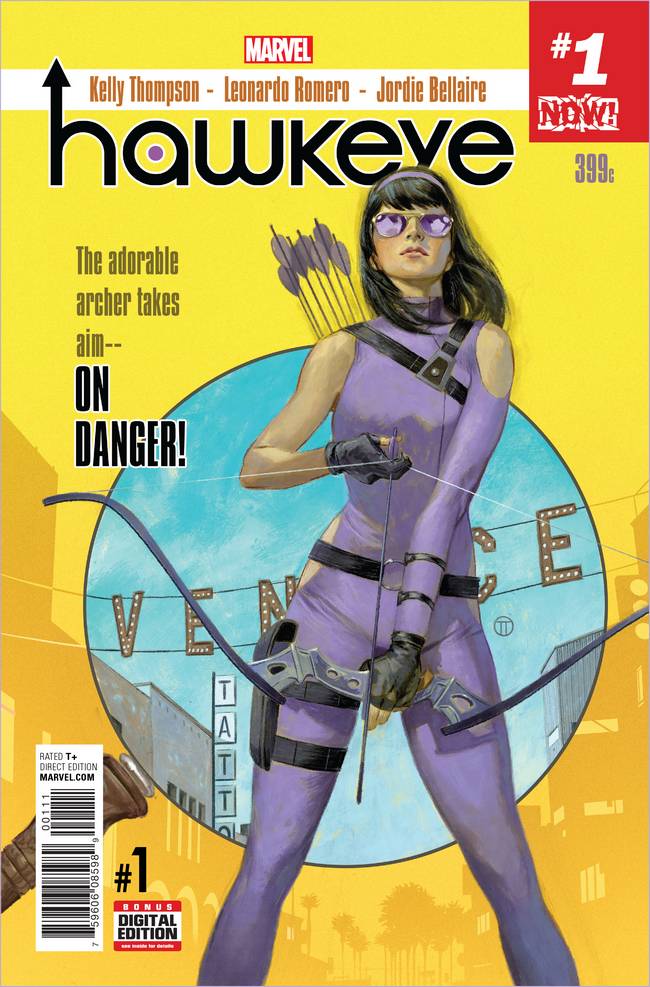 Remember Hawkeye? No not that Hawkeye, our favorite Hawkeye, the chick who puts the hawk in Hawkeye, the butt-kicking hero who had to save the other Hawkeye’s butt all the time.  Yup, you know her, it’s the dazzling Kate Bishop making her solo comics debut!  Kate is heading west and returning to Los Angeles, with her bow and arrow and P.I. badge in tow. There are crimes to solve and she’s the best archer to handle ’em! The City of Angels has a new guardian angel.

The talented duo of Kelly Thompson (A-Force, Jem) and Leonardo Romero (Squadron Supreme, Doctor Strange) bring you a Kate Bishop like you’ve never seen her before, in a brand-new ongoing series that really hits the mark!

Why It’s Hot: Over a decade after her debut in Young Avengers Kate Bishop is finally starring in her own solo series. Is there anything else that really needs to be said?

The X-Men and Inhumans have been on a collision course since the link was proven between the Inhumans’ precious Terrigen Mist and the sickness and death of many mutants. When Beast discovers that the mutants have only two weeks before the planet is uninhabitable for them, an Inhuman/mutant war is unavoidable. Co-written by Charles Soule (Uncanny Inhumans, Daredevil) and Jeff Lemire (Extraordinary X-Men, Moon Knight), IVX delivers sensational set pieces, gargantuan grudge matches, all drawn by the sensational Leinil Francis Yu! Whether you’re for the X-MEN or the INHUMANS, IVX promises to shatter the Marvel Universe as you know it!

Why It’s Hot: X-Men vs. Inhumans in the battle that has been brewing for over a year. For months, fans have watched the tension between the two groups grow, and now it’s time for the payoff. Some of the biggest names in comics come together to have these two factions face off on the road to Resurrexion. 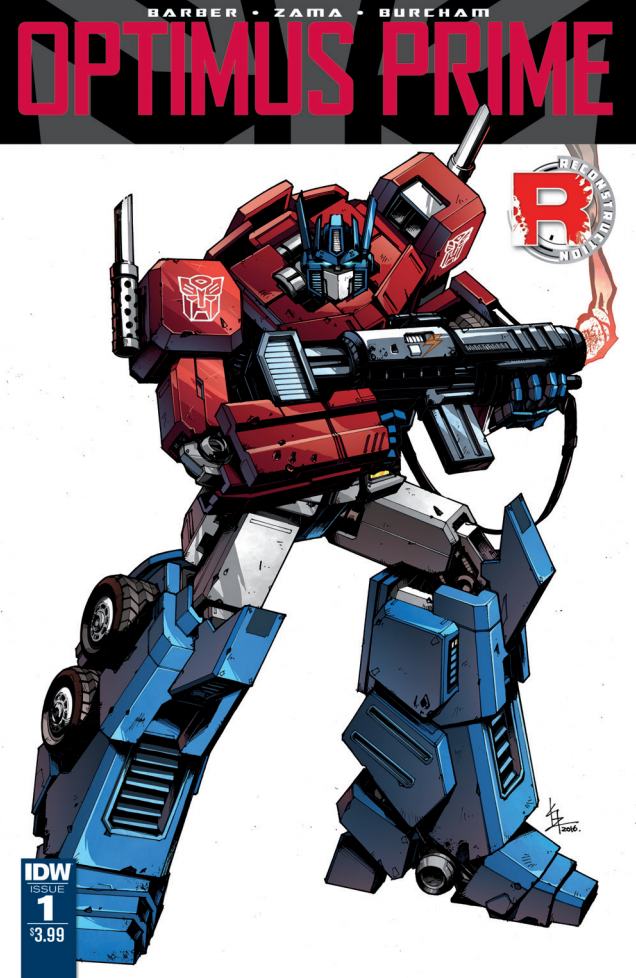 REVOLUTION is over-but the danger to Earth is just beginning. As OPTIMUS PRIME pulls Earth into the larger universe, he’s painted a target on Earth… and a new alien incursion begins when a corkscrew shaped craft drills into our world!

•   The next evolution of TRANSFORMERS is here!
•   OPTIMUS PRIME’s past on CYBERTRON haunts his present on Earth!
•   Amazing artist Kei Zama (Scarlett Witch) makes her debut with veteran writer John Barber (Transformers)!

Why It’s Hot: When someone thinks about the Transformers there’s a good chance the first character that pops into their mind is Optimus Prime. He is the leader of the Autobots and face of the franchise, and in the wake of IDW’s Revolution he is getting his own series. 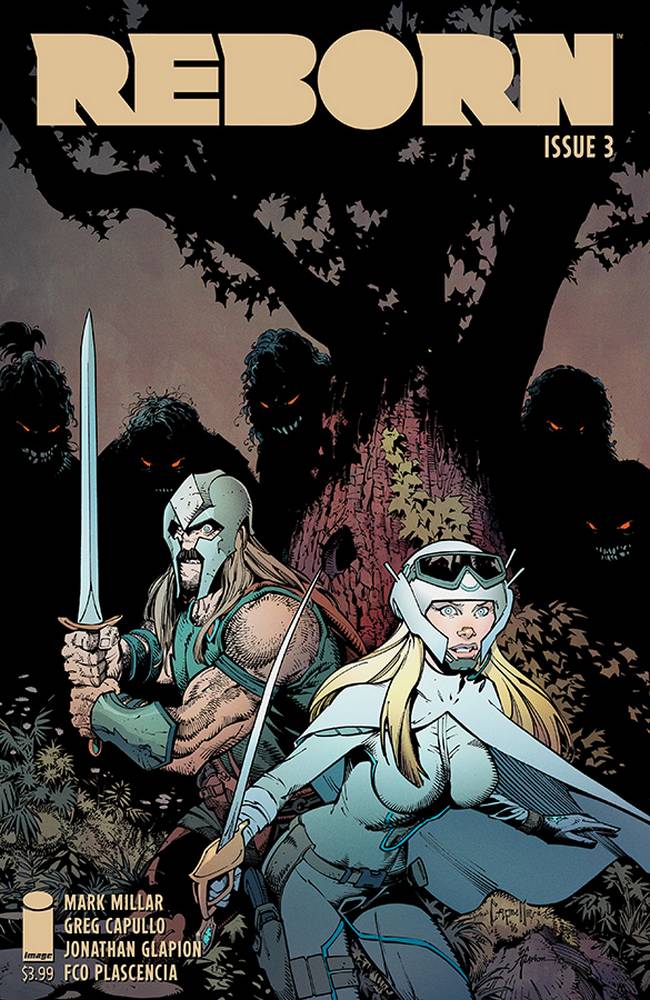 MILLAR & CAPULLO’s epic sci-fi fantasy story continues. Bonnie is captured by Dark Lands gangsters during her quest to find her missing husband-gangsters who will deliver her to evil General Frost and his boss, Lord Golgotha. But just as all hope seems lost, Bonnie’s warrior powers start kicking in.

Why It’s Hot: Millar and Capullo are two bonafide superstars in the comic book world, and their work on Reborn has lived up to the hype. An action packed sci-fi/Fantasy hybrid story about the afterlife, the comic is unlike anything out in the market. If you haven’t been reading this is the perfect time to pick up all three issues and enjoy.