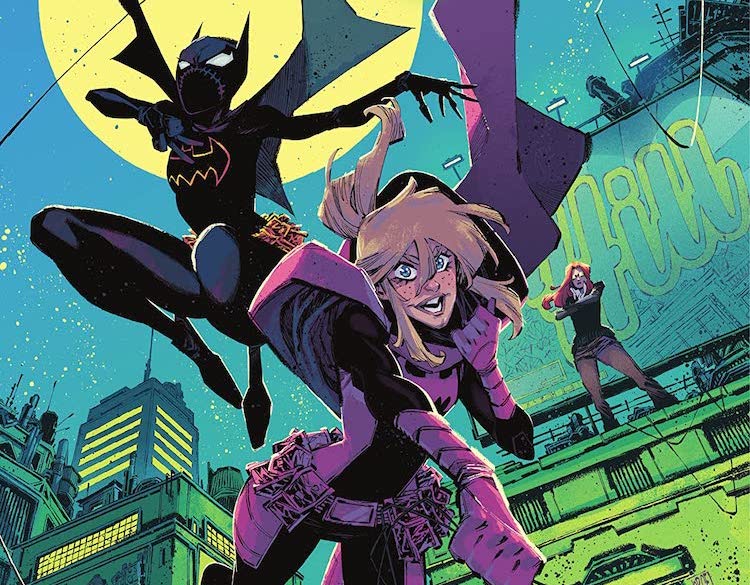 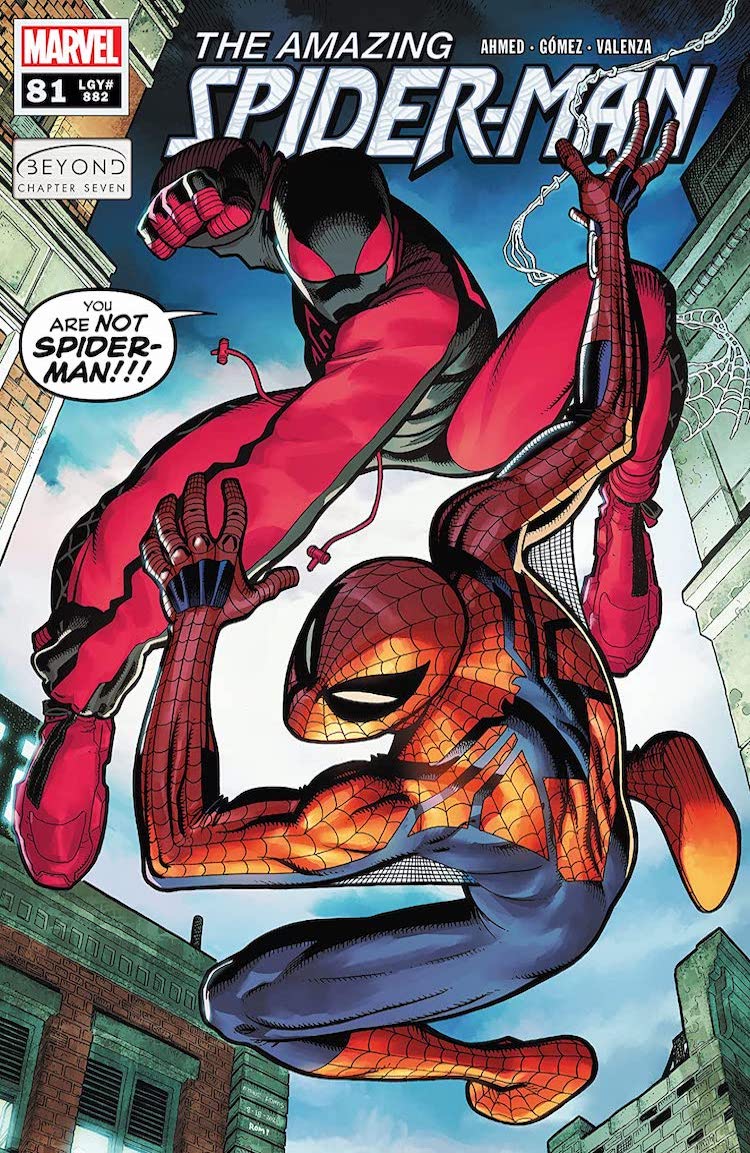 • The Beyond Corporation paid a lot of money for the Spider-Man trademark and does not take kindly to an unlicensed Spider-Man running around Brooklyn.

• So it’s up to Ben Reilly to take Miles Morales down. 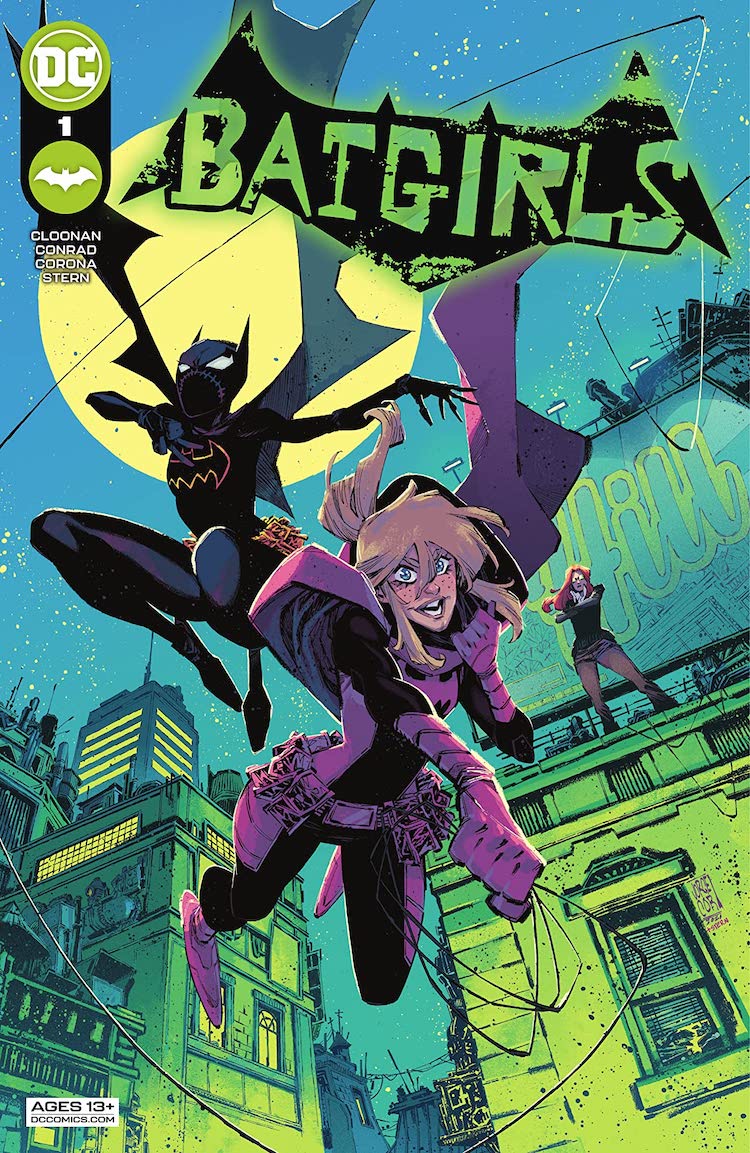 Um, hello—you didn’t actually think we’d keep you waiting this entire year without giving you the Batgirls series we’ve all been wanting for forever, right? No way, we love you too much—just like Batgirls Cassandra Cain and Stephanie Brown, who are only able to navigate the dark, gritty and oftentimes scary city of Gotham by leaning on the bright light that is their best-friendship.

Mentored by Oracle, the Batgirls move to the other side of town where Barbara Gordon can keep a better eye on them while the hacker Seer is still invading their lives. Steph may be too rash sometimes, and Cass doesn’t speak much—but what they lack in similarities, they make up for with their mutual respect and love for each other…and what makes them stronger together as Batgirls! And they may be good at kicking ass, but they are just trying their best to be normal teenagers—who’ll borrow the keys to a muscle car that belonged to a bad guy and perhaps give it a joyride around town without a driver’s license, then race to get back home to Oracle by curfew!

Splashing the pages with bright colors against a dark backdrop of Gotham, Batgirls is the pizza slumber party of the year you don’t want to miss!

Why It’s Hot: It’s been a long time coming, but a new series starring Cassandra Cain, Stephanie Brown, and Barbara Gordon is here. Fans have wanted something like this for a long time, especially as Cass and Steph would fall in and out of rotation as supporting characters in recent years. Well, there’s no need to worry about that for the moment! 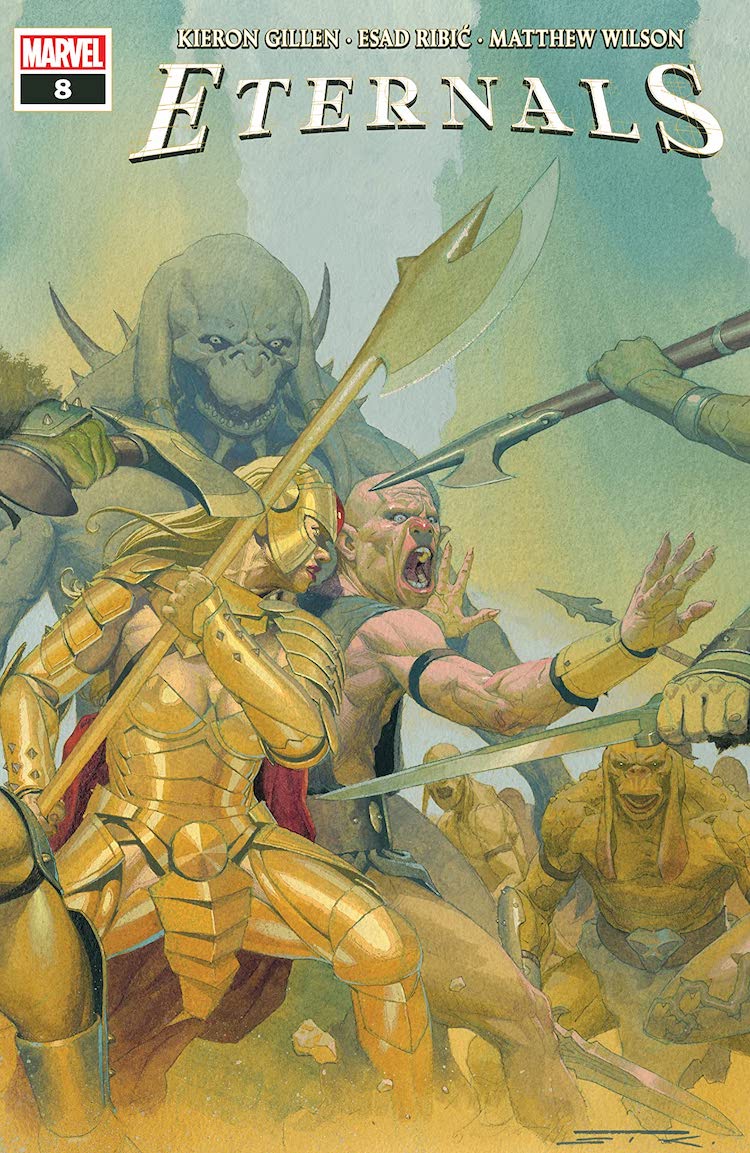 Eternals and Deviants have been at war for a million years. Our Eternals have had enough. They want to live in Peace, alongside the Deviants. The Deviants have other ideas. Meanwhile, Thanos is Prime Eternal and to everyone’s surprise, puts into action a series of sensible policies for the good of all. There is a lie in this solicit. You may be able to spot it.

Why It’s Hot: Despite featuring a phenomenal, big time creative team in Gillen and Ribic, it feels like Eternals has flown under the radar just a bit. I’ll try to do my part and let it be known that this is one of the very best comics that Marvel is publishing at the moment, and you should strongly consider trying it out if you haven’t. 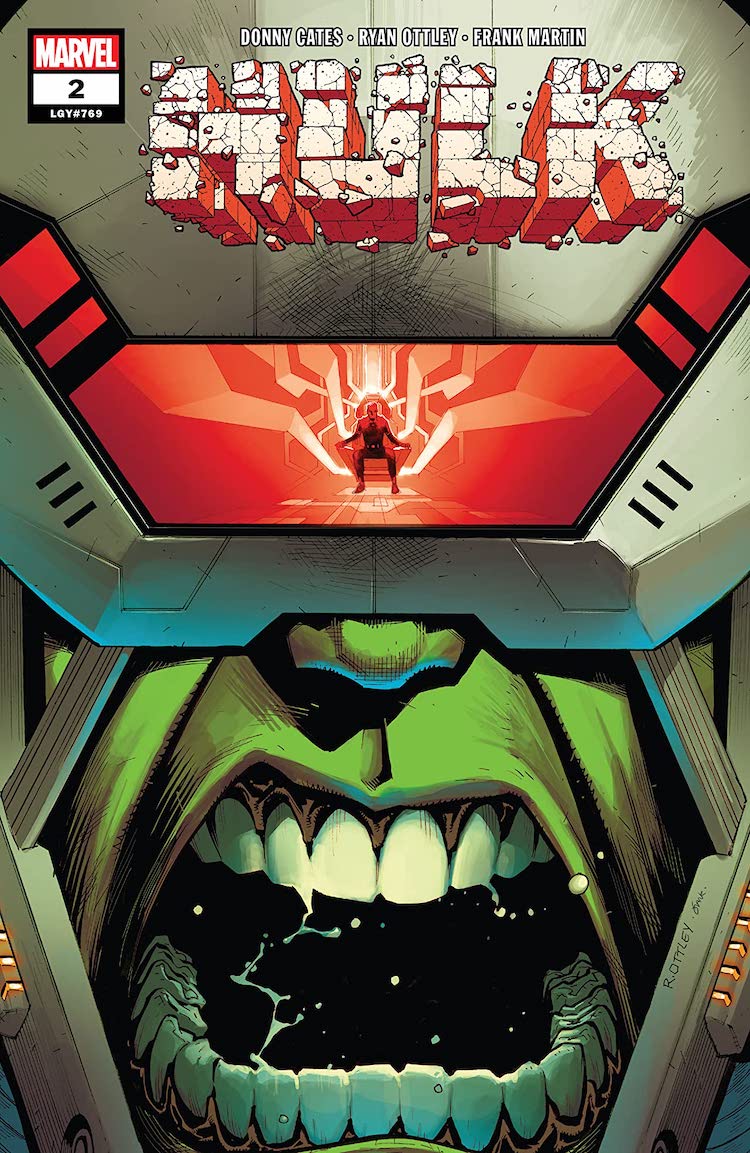 Bruce Banner finally has total control with the Hulk locked away. But with a tight grip on his plans, Bruce forgot one thing…variables can happen at any time…and this one? Even Bruce couldn’t have imagined. The craziness continues, as the Hulk hurdles further into space, but they are not alone out there!

Why It’s Hot: Even with a superstar creative team like Cates and Ottley this new Hulk series had a whole lot of pressure on it to follow one of the Jade Giant’s greatest runs ever. It’s too early to tell if this series will be up to the task, but the first issue was a very good start. It set up a new status quo, provided a lot of Hulk SMASH, and even floated some mysteries to keep fans guessing. 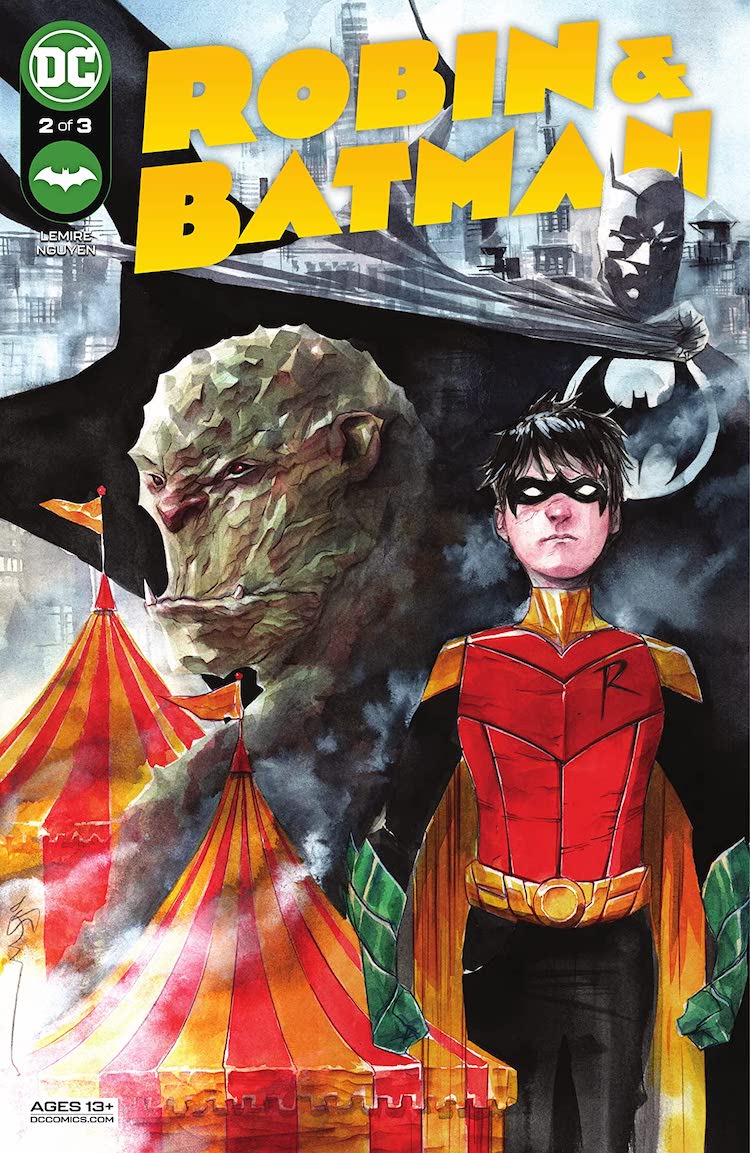 Dick Grayson is struggling in his training to be Robin, and the Batman decides the young man needs a break…and takes him to meet the Justice League! In an awe-inspiring moment, he meets the World’s Greatest Heroes…and their sidekicks! Will these teen titans get along?

Why It’s Hot: Jeff Lemire and Dustin Nguyen essentially retelling the story of Dick Grayson’s early days as Robin is exactly as wonderful as it sounds. Come for the wonderful look at the evolution of Dick Grayson as Robin, and stay for the beautiful art by the returning longtime Bat-artist Dustin Nguyen, who is producing some of the prettiest art of his career with his longtime collaborator.