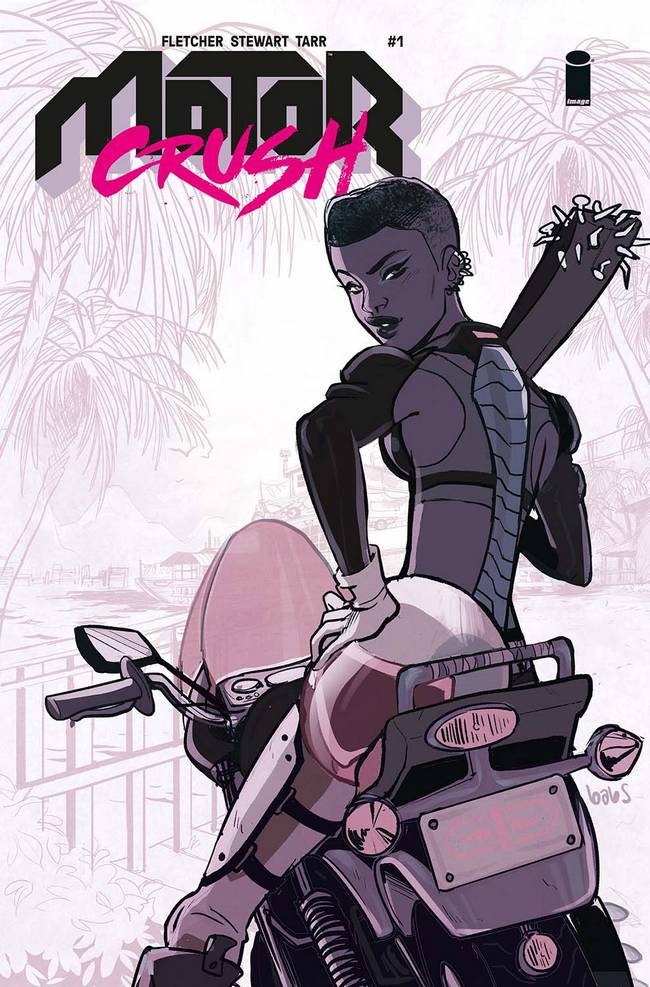 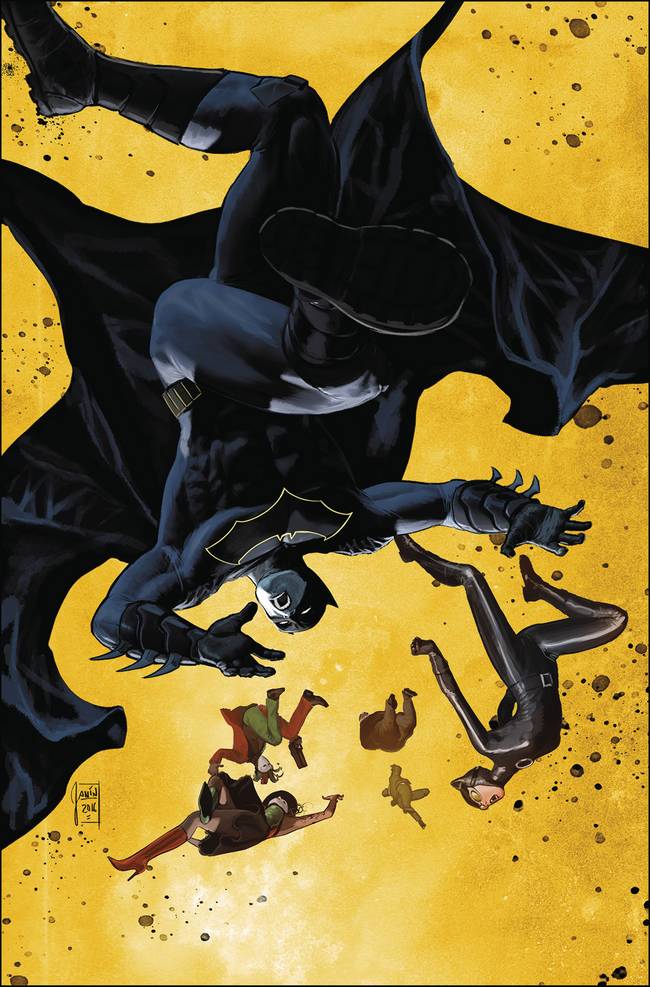 “I AM SUICIDE” part four! As Bane decimates Batman’s team, the Dark Knight must decide how far he’s willing to go-and who he’s willing to sacrifice-for those he left in Gotham City.

Why It’s Hot: The first three parts of Tom King and Mikel Janin’s  I Am Suicide arc have been one doozy after another. With a heavy focus on Catwoman, the creative team has made some huge reveals regarding the character, as Batman’s assembled team attempts to infiltrate Bane’s home of Santa Prisca to retrieve Psycho Pirate. This arc has had everything, including murder, mayhem, betrayal, and the need to know what happens next.

MOTOR CRUSH #1
Written by Brendan Fletcher & Cameron Stewart
Art by Babs Tarr & Cameron Stewart
Published by Image Comics – $3.99
The team behind the critically acclaimed revamp of Batgirl returns with an exciting sci-fi action-adventure series! By day, Domino Swift competes for fame and fortune in a worldwide motorcycle racing league. By night, she cracks heads of rival gangs in brutal bike wars to gain possession of a rare, valuable contraband: an engine-boosting “machine narcotic” known as Crush.

Featuring Part One of ISOLA: PROLOGUE by BRENDEN FLETCHER and KARL KERSCHL!

Why It’s Hot: The creative team that revolutionized Batgirl for DC Comics is striking out on their own with their Image debut. Motor Crush has been one of the most anticipated series from the moment it was announced, and after months of waiting it’s time to see what one of the best creative teams over the past few years has in store for us. As an added bonus this issue features the first part of the prologue to Fletcher’s other upcoming Image title, Isola, featuring his original Gotham Academy artist Karl Kerschl. This is almost guaranteed to be one of the best possible looking issues from beginning to end. 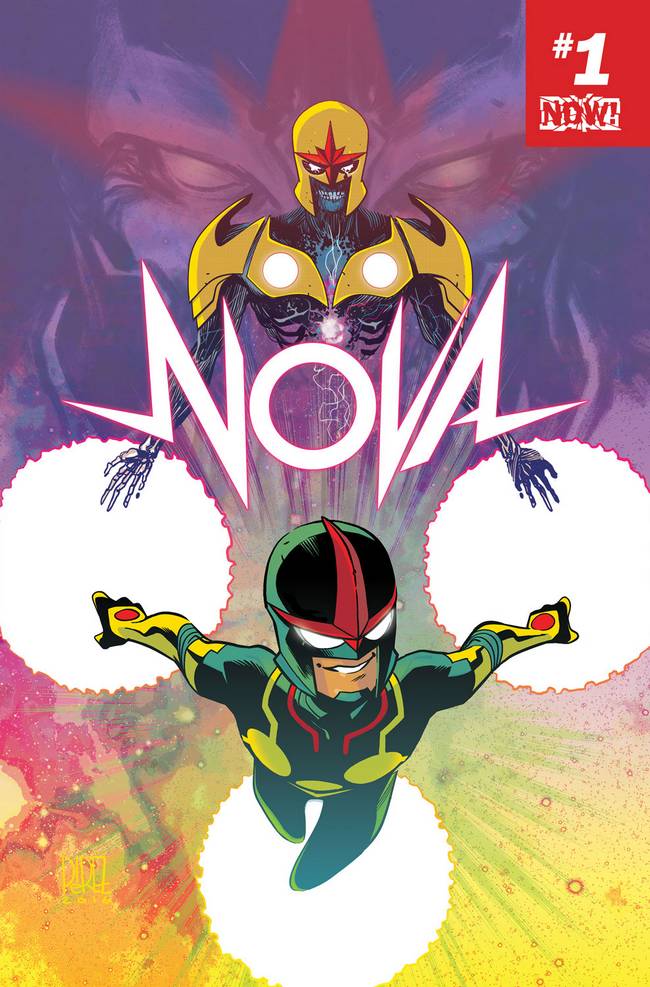 CLASSIFIED makes his roaring return to the Marvel Universe! How will Sam Alexander cope with this unfathomable homecoming? It’s the return you’ve all been waiting for. Or is something…else? Strap in True Believer, you’ve never seen a NOVA book like this before!

Why It’s Hot: The solicitation may say classified, but we now know that “Classified” is in fact Richard Rider! Richard Rider teaming up with Sam Alexander with the great Ramon Perez drawing the series. This comic has a little bit for everyone, and is one the most promising of the new Marvel NOW! titles. In fact the potential is there for this to be the beatnik Nova series ever. 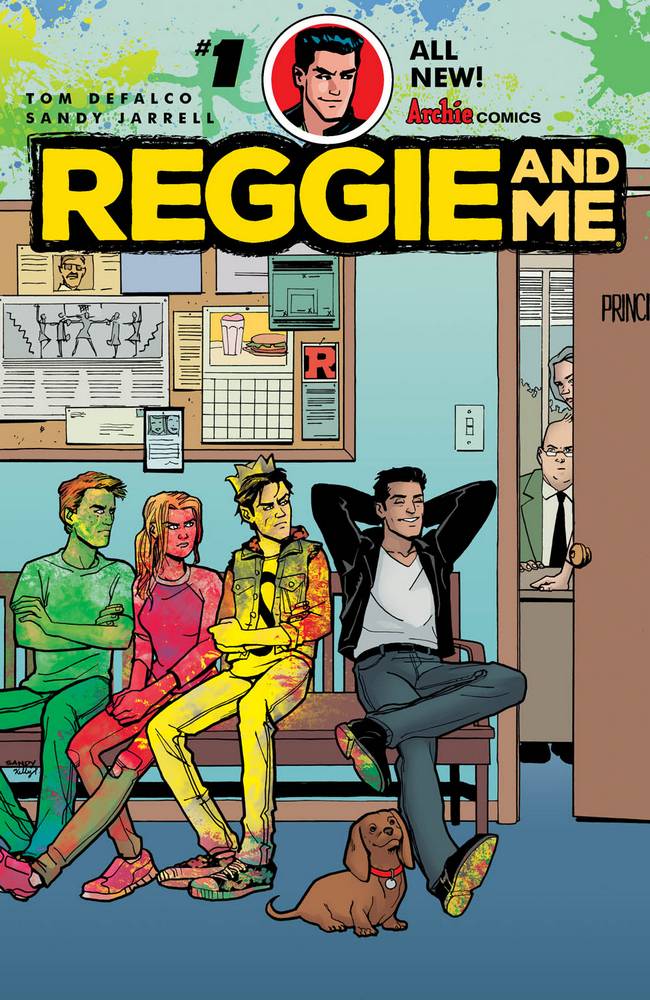 REGGIE AND ME #1
Written by Tom DeFalco
Art by Sandy Jarrell
Published by Archie Comics – $3.99

There is no one more loved, revered, admired and adored in Riverdale than… Reggie Mantle? Well, at least Reggie doesn’t think there’s anyone as loved and admired as himself. And his best friend can back that idea up-his best friend, of course, being his dog, Vader. The unstoppable duo is known around town for pulling the funniest pranks, getting the hottest dates and throwing the best parties. And if anyone even dares to compete with them, there is going to be hell to pay. Come take a look at the life of your hero, the handsome, hilarious Reggie Mantle.

Why It’s Hot: Archie Comics just continues to roll along with one of the all time great reboots in comic book history. Almost a year and a half in, and the company has continually gathered amazing talent to bring the line into the future. Next up are Tom DeFalco and Sandy Jarrell, as they take on Reggie Mantle. I would say it’s time to start taking Archie seriously, but that time was over a year ago. At this point any new Archie series is a must buy first issue. They’ve earned that trust, and there she no reason to think the trend will stop this week. 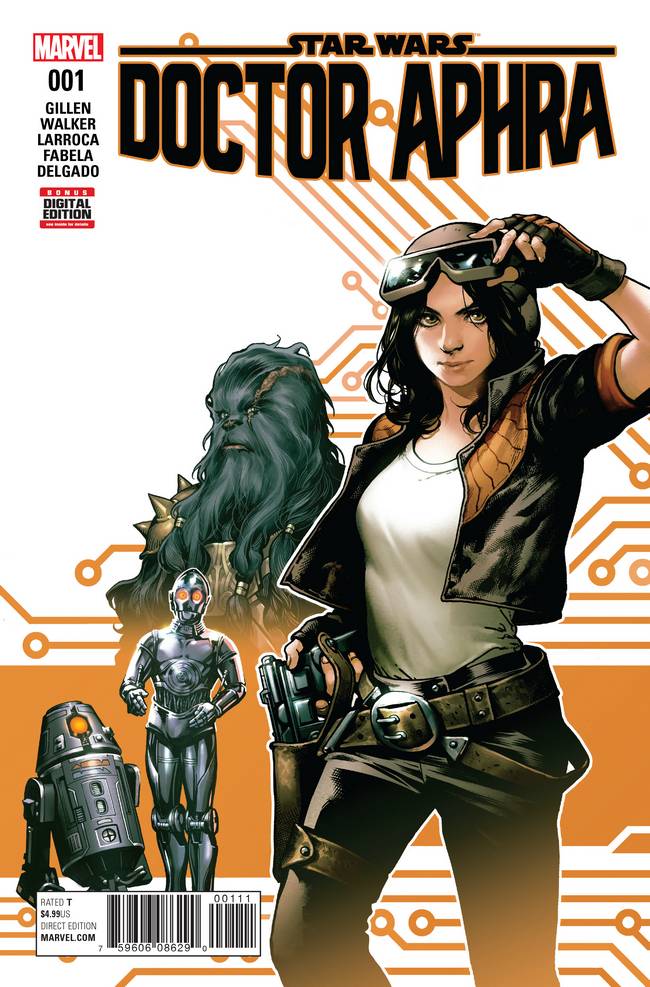 BECAUSE YOU DEMANDED IT!

Following her time in the clutches of Darth Vader, Doctor Aphra has barely escaped with her life. If he ever learns of her survival, he’ll hunt her to the ends of the galaxy. But for now, it’s time for a return to what she does best. With the droids 0-0-0 and BT-1 in tow, she’s off in search of rare artifacts from the galactic center to the Outer Rim and everywhere in between. Aphra’s got debts to pay after all. Just as long as she can stay one step ahead of the Empire, some Bounty Hunters and just about everyone else in the galaxy!

Why It’s Hot: The breakout character of Marvel’s Star Wars line gets her very own ongoing series courtesy of the writer that created her! This is quite the milestone for Marvel, as it marks the first series in their Star Wars line to star an original character. Those of you that loved Darth Vader are not going to want to miss the continuing adventures of Doctor Aphra. If you didn’t read the afformentioned Darth Vader you may want to give this new series a try anyways, as it may be best described Star Wars meets Indiana Jones by way of one of the best writers in comics today.