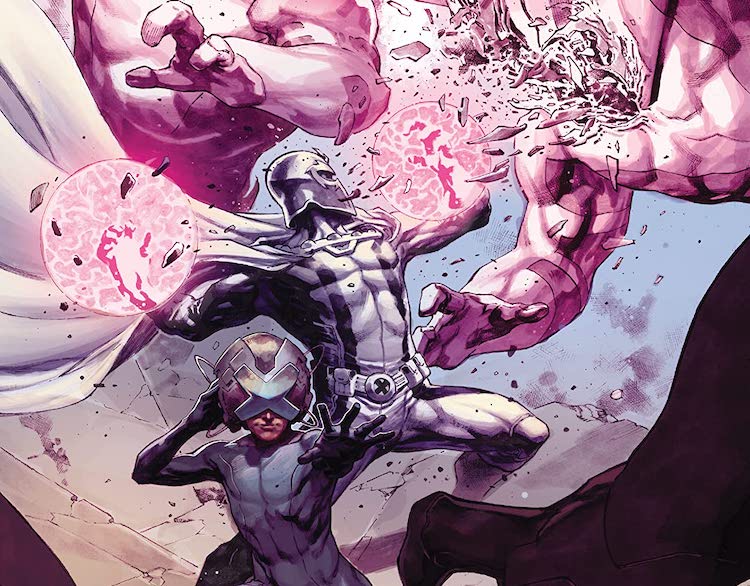 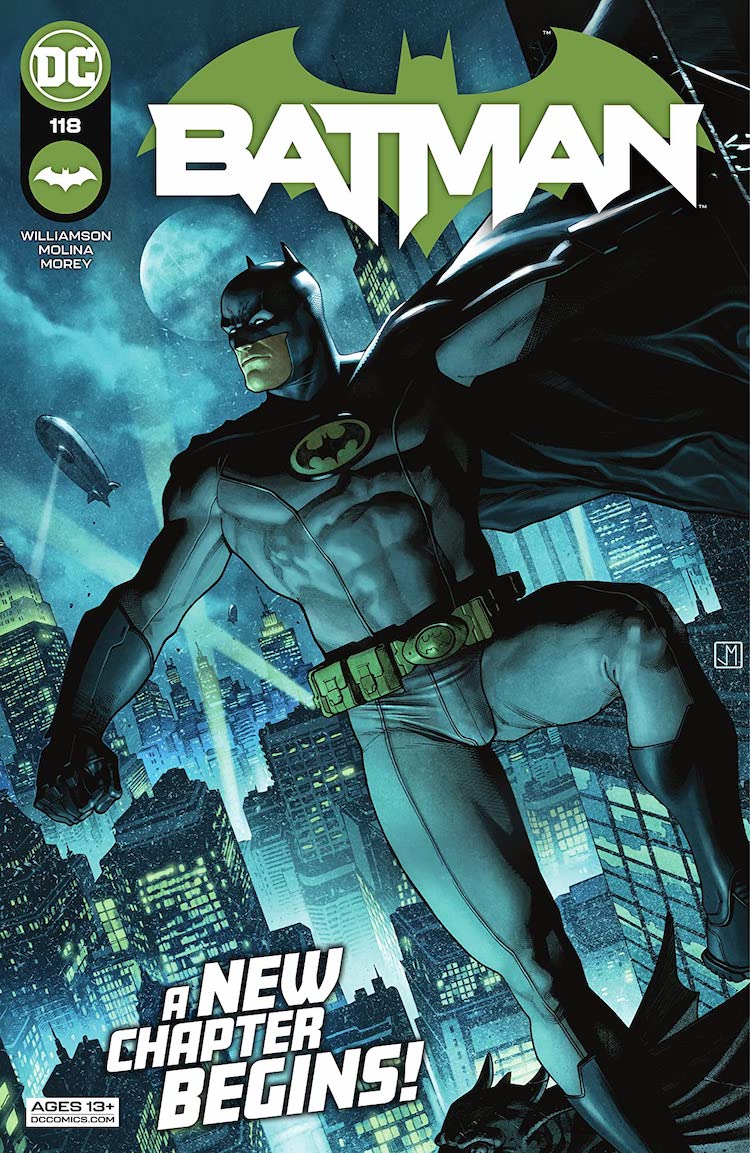 New creative team! Start of a new story arc as Batman leaves Gotham! “Abyss” part one! As Gotham celebrates surviving Fear State, Batman retreats alone into the darkness. But when he learns of a mystery involving Batman Inc., it forces the Caped Crusader to leave Gotham for a brand-new adventure! Thrills, chills, and international intrigue await! The Dark Knight begins a new story with superstar artist Jorge Molina and new writer Joshua Williamson!

Why It’s Hot: I’ve mentioned it here before, but Josh Williamson has become the most important writer at DC Comics right now. He is writing, or has written so many big comics that have him essentially setting the stage for the current continuity of the DC Universe. Now he is writing the flagship title of the most popular character in the company, probably all of comics, and arguably in all fiction. Williamson on Batman seems like it was almost inevitable, but the question is how will he be able to follow the stellar James Tynion run. Well, Jorge Molina does his part by keeping the bat-tradition alive of the Batman artist producing killer work with colorist Tomeu Morey. This book looks the part, and I think Williamson will hold up his end of the bargain. It will be nice to get Bruce outside of Gotham, as the city has gone through quite a bit in recent years with City Of Bane, Joker War, and the just concluded Fear State story arcs. 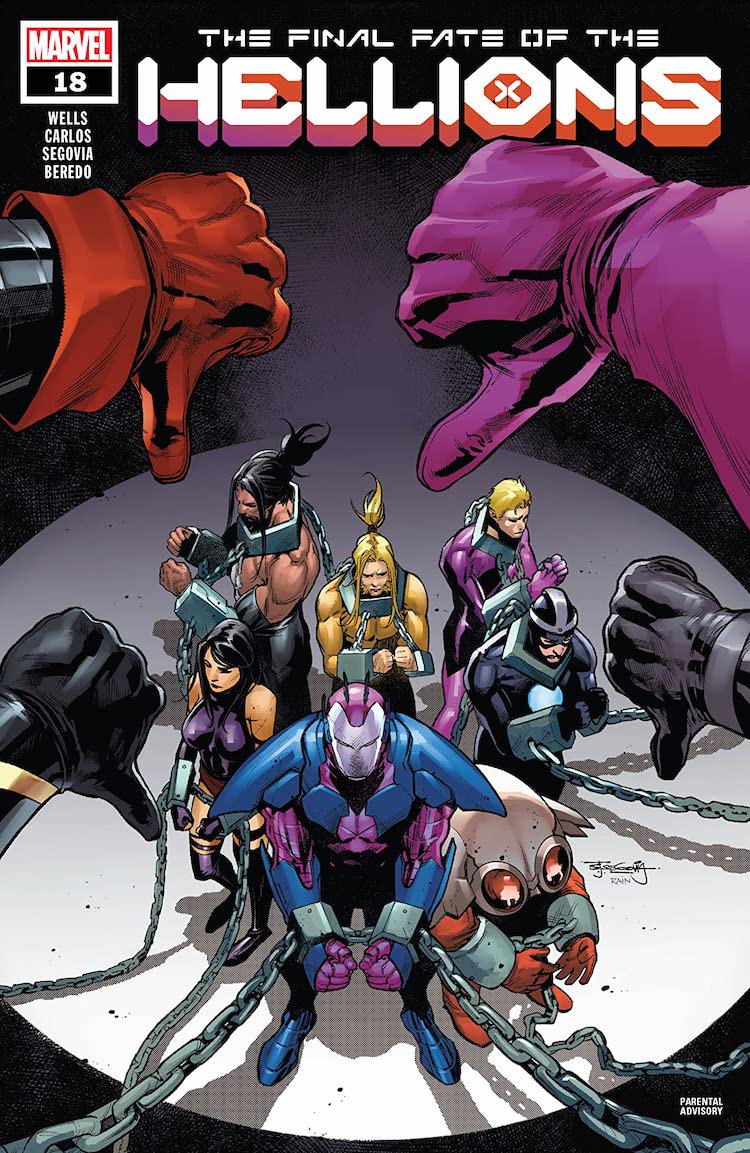 HELLIONS NO MORE! ORPHAN-MAKER has committed a horrible crime. As he faces the ultimate penalty, the cracks in the HELLIONS team are on full display. Secrets, betrayals, alliances and loss all come to the surface as the fallout of Orphan-Maker’s actions threatens to end all the Hellions have worked toward! Plus: The return of a fan-favorite X-character in a decision that will rock the foundation of Krakoa!

Why It’s Hot: Hellions is ending. The final issue of the X-line’s underdog book that went from unheralded to one of the most beloved comics of a lot of X-Men friends releases this week, and it will be a bittersweet goodbye. The job that Zeb Wells, Stephen Segovia, and everyone else involved with this book have done in making a great comic book starring Mr. Sinister and b-tier and even c-tier mutants cannot be understated. Come say goodbye, and let’s hope we haven’t seen the last of this group together. 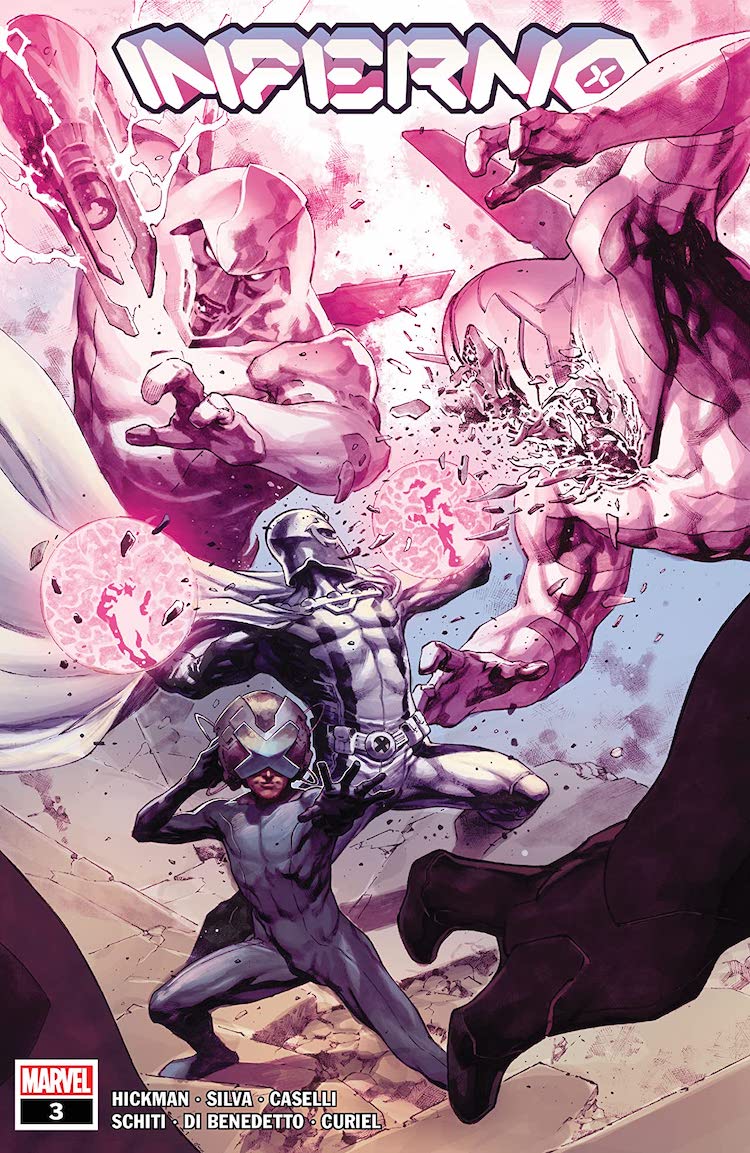 NIMROD STRIKES! Krakoa’s troubles don’t attack one at a time. Jonathan Hickman reunites with his POWERS OF X collaborator R.B. Silva for the penultimate chapter of his X-Swan Song.

Why It’s Hot: The first half of Inferno was saddled with the news that it would be the last x-book for the foreseeable future for the Head Of X, Jonathan Hickman. A lot happened in the two issues, but with the sheer amount of territory still left for Hickman to cover, and number of plot threads still open readers came to the realization rather quickly that there’s was no way everything was getting wrapped up. With that said, this third issue will have you thinking you were reading a new issue of HOXPOX for the first time. There is so much information being given, revelations being made, and even some plot threads being addressed that people have been waiting a while for. I now have hope that Hickman will be leaving to take his *fingers crossed* sabbatical on a high note, and I can’t wait to see how this ends. 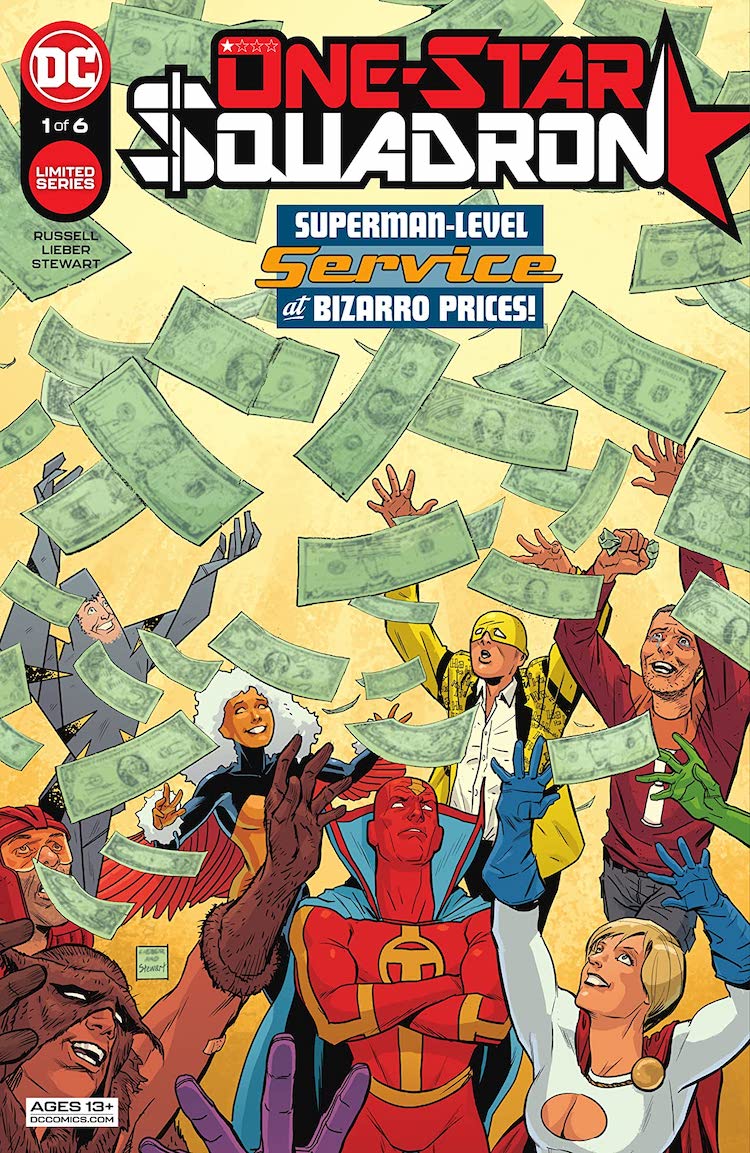 Who you gonna call? One-Star Squadron! Meet DC’s superhero team where heroism meets capitalism. This ragtag group of heroes led by Red Tornado is here to provide service with a smile. All you must do is send a request via their on-demand hero app and they’ll answer any call. Whether it’s a children’s birthday party or an alien invasion, no job is too small or too big!

Why It’s Hot: Here’s all you need to know about this comic. One-Star Squadron is Mark Russell doing Mark Russell things, and Steve Lieber doing Steve Lieber things together on the same comic book, and there aren’t a whole lot of creative teams out there that are as much of a match made in heaven as these two are. 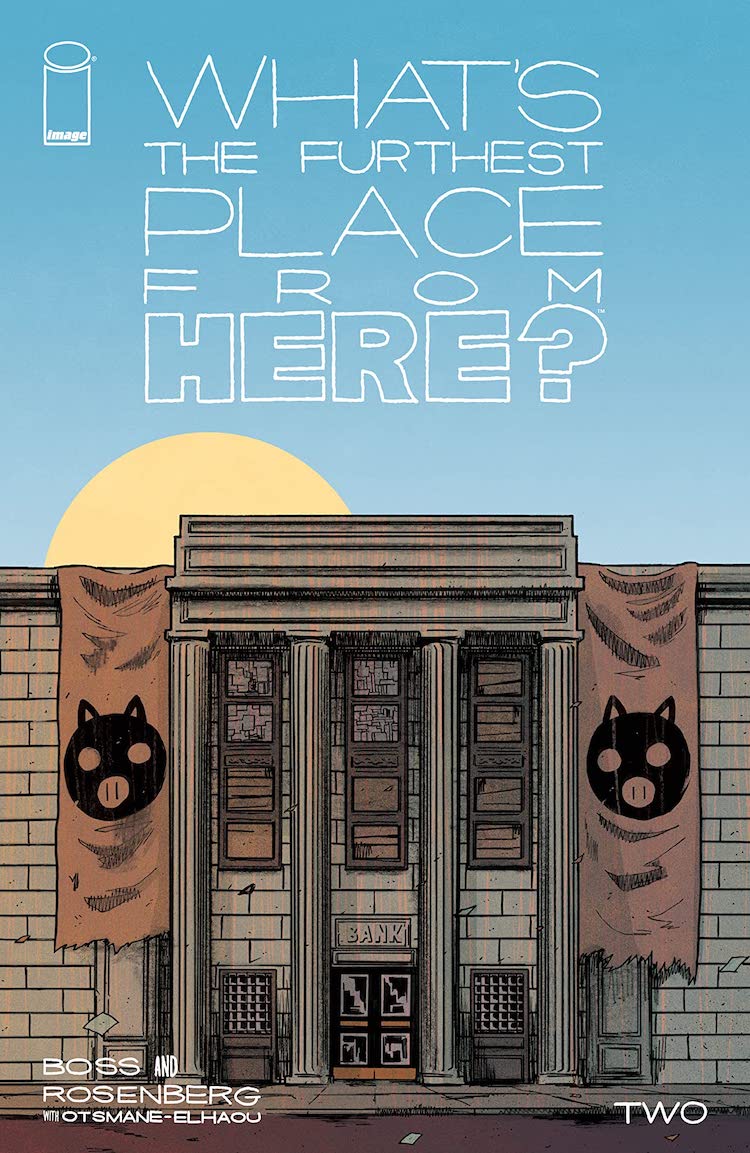 With Sid missing, her family must leave the comfort of their home in a desperate search for her. But the world beyond their walls is not a friendly place. Ask the wrong questions, and you may find out the hard way that you can never go home.

Why It’s Hot: This comic book is just cool. The first issue lived up to the lofty expectations that were put on it by fans of Rosenberg’s and Boss’ previous collaboration, 4 Kids Walk Into A Bank. I think I mentioned it last time, but there’s this vibe that the finished work produced by these two gives off, and it’s great. The marriage of script with artist brings out the best in both. Come for the style, but stay for the interesting story featuring zero adults, lots of music, and an intriguing mystery.

You can find out what the hottest collection/OGN releases of the week are over at TRADE WAITING.